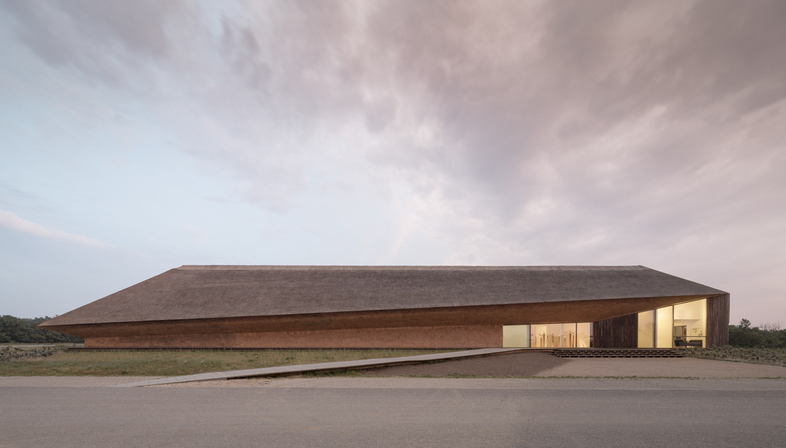 The new Wadden Sea Centre project is an extension on a little educational centre about the intertidal zone on the Wadden Sea near Ribe, in Denmark. Dorte Mandrup, an enterprising Danish architectural practice that has come to public attention in recent years with a number of different projects in Scandinavia, worked on the existing Wadden Sea Centre, built in 1995, located on the road from Ribe to southern Jutland with a view over the intertidal zone extending as far as Den Helder, in the Netherlands. The architect’s project pays homage to these flat wetlands extending all along the coast of the Netherlands, Germany and Denmark, 450 kilometres of muddy flatlands providing ideal habitat for a variety of flora and fauna.
In architectural terms, the centre consisted of an L-shaped building abutting on another building to form an open courtyard; the two volumes had a steel frame with masonry infill, small windows and gabled roofs. A vague reference to Danish farmhouses allowed the little complex to blend in with the rural homes around it, without offering approaching tourists the change of typological register necessary to identify a public building.
Dorte Mandrup drew her inspiration from the courtyard plan of rural farmhouses and expanded the L-shaped volume to form a C, with the idea of closing it in on all four sides. Then she redesigned its figurative impact using traditional local materials such as timber and thatch. The original brick walls were rebuilt, leaving the metal frame in view and covering the infill walls with timber, while the walls of the extension were built out of prefabricated timber units incorporating the metal frames. The need to establish a bond with the landscape represented inside the museum led to a change in the size of the windows, using plate glass to make the horizon a part of the educational experience.
The strips of wood on the walls and the thatched roofs form a link between the old and the new, connecting the museum’s scientific content with the land around it and its history. For human beings have settled in these areas on the border of marshlands since the iron age, creating hilly islands for protection from the tides. This place close to Ribe, Scandinavia’s oldest trading settlement, was once home to Viking farms and villages of wooden houses with thatched roofs.
The Wadden Sea, A UNESCO World Heritage Site since 2009, inspired the architect to test the strength of simple traditional materials, which have the benefit of being abundantly available as they are grown locally. Use of reeds to cover the big overhanging roof was carefully planned in collaboration with Dutch and Danish experts, taking into account the material’s flammability. All the surfaces are in fact fireproofed, and those around the main access routes and fire escapes are treated directly with flame retardant. The wooden walls and roof are covered with Robinia or Black Locust, a wood typically found in the forests of central Europe which grows rapidly and does not require any special maintenance. This particularly strong wood is comparable to exotic hardwoods, with the benefit that it grows in Europe. 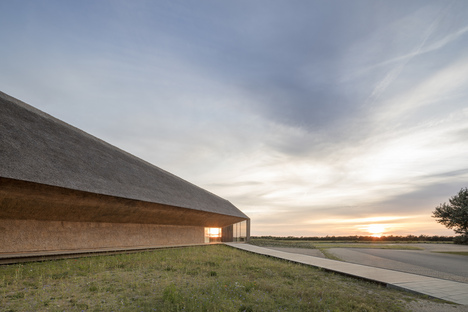 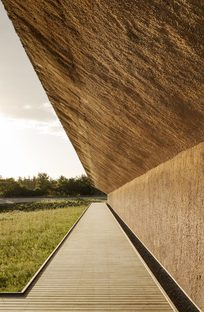 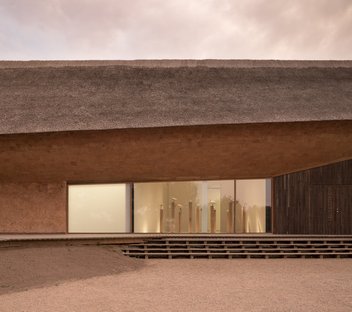 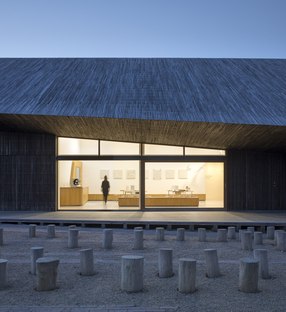 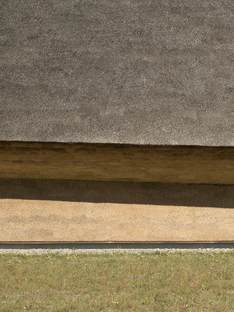 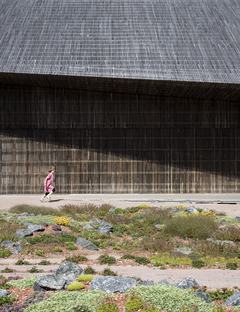 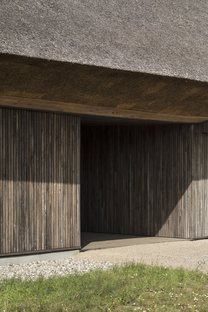 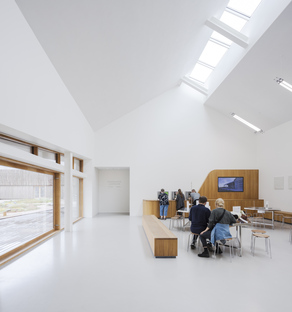 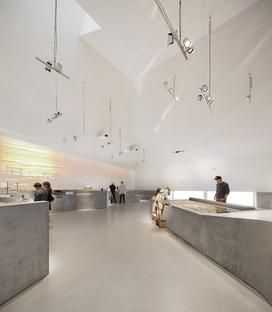 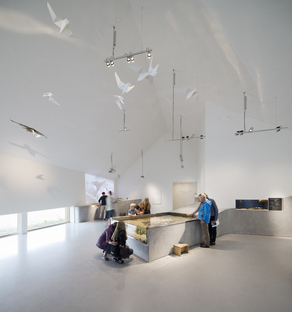 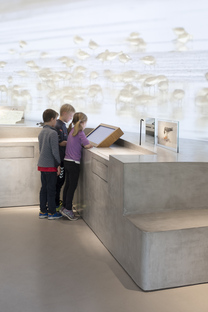 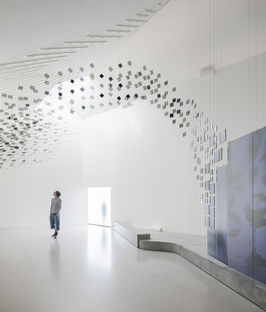 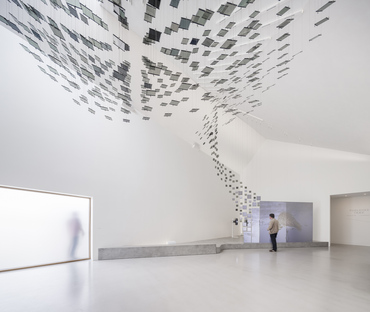 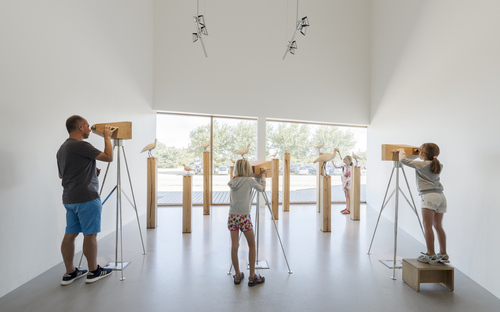 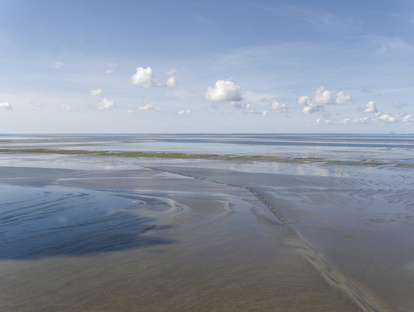 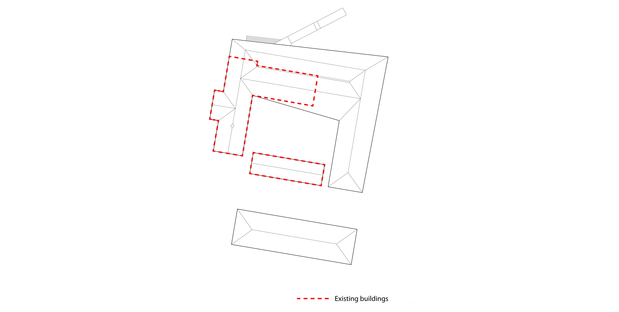 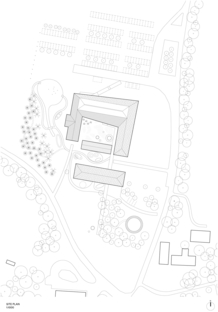 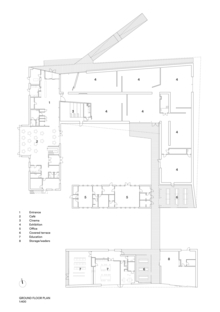 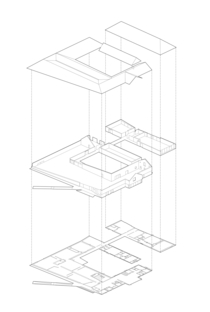 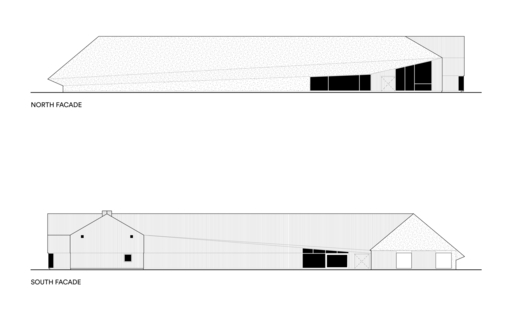 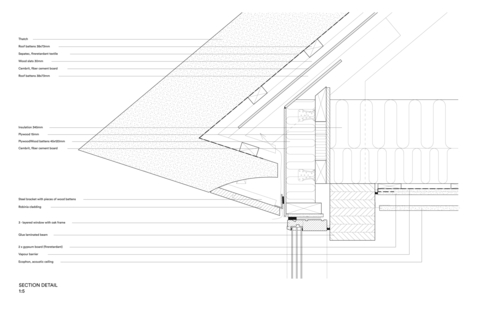