In Thionck Essyl, in the south of Senegal, Dawoffice built Kamanar secondary school out of timber and clay. With vernacular reminiscences and a very specific identity arising out of the construction’s relationship with its existing natural surroundings, the school is a passive building based on local know-how. 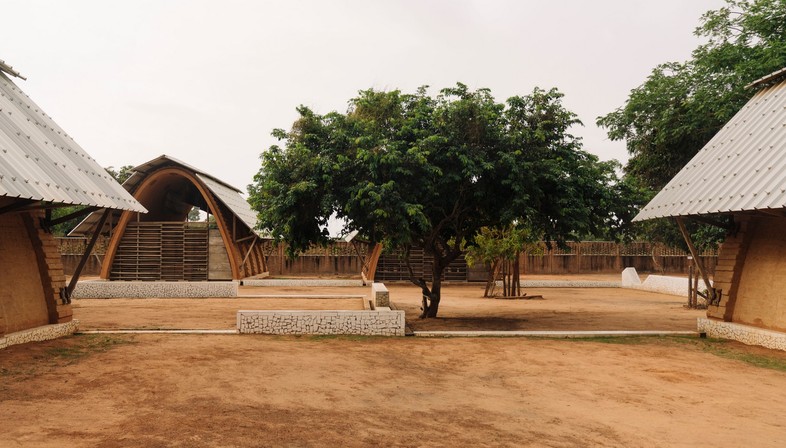 The winners of the Aga Khan Award for Architecture 2020-2022 include CEM Kamanar secondary school in Thionck Essyl, Senegal, by Dawoffice: a project that has been built over the years on the basis of the original conditions of the site and the properties and resources of the land, aiming directly for the best possible architectural solution in every way.
What makes the project particularly interesting is the way that Spanish architect David García, who founded his studio Dawoffice in 2010, refuses to make compromises. He not only builds a school in a place that needs educational institutions, with the idea of putting 500 students under the same roof, but produces a perfect synthesis, expressed in a harmonious form, between local know-how and material resources and the need for a passive building, between the original condition of the landscape and the spatial requirements of the new structure. In addition to this, he manages to give the building unique recognisability to underline the prestige of the institution and inspire confidence in a community that has often found itself in the condition of receiving help from above, of feeling the weight of its cultural subordination.
Aware of the problem of overcrowding in the only school building in Thionck Essyl, in southern Senegal, David García and Aina Tugores met with local authorities and got involved in the construction of a new school with their newly founded non-profit organisation. Even at the time, the inspiration was the idea of not just constructing a building to house a school, but ensuring that the process of construction was itself the fulcrum of the project, educating an entire generation of carpenters, bricklayers, electricians and other skilled workers. The method of ongoing exchange was the principal driver of the decision-making process. Upon completion of the construction, after 4 years of work, fully 164 people residing in the village had been involved, participating in construction of the new building in various ways.
As demonstrated by the many vernacular structures in the area, the most abundant building material easily available on-site is clay, and this became the starting point for the project, limiting external costs and shipping expenses. Another key principle behind the process was mapping the baobab trees and mango trees in existence on the site and arranging the masterplan for the new complex on the basis of these natural elements. And that’s not all: the trees were integrated into the landscaping design, which was literally planned around them to create a route in stages, protecting their integrity and making the most of their appearance to add to its value. As the new school building was designed to be a modular campus, with single, double and triple units known as awla, the arrangement of these modules was planned to fit into the natural landscape, creating a well-organised grid that incorporates playgrounds and plazas for various age groups.
The clay was studied and transformed to obtain maximum structural efficiency. “As clay is a material that works under compression, creating a covered space posed a challenge that was solved by using catenary vaults formed by compressed clay blocks that are manufactured on site. The catenary geometry has the exact curvature so that the vertical forces produced by gravity are transmitted as compression forces along the length of the vault. The choice of geometry is not purely formal, but a solution to get the most out of the local material, while allowing the local population to participate in the construction”, explains Dawoffice. 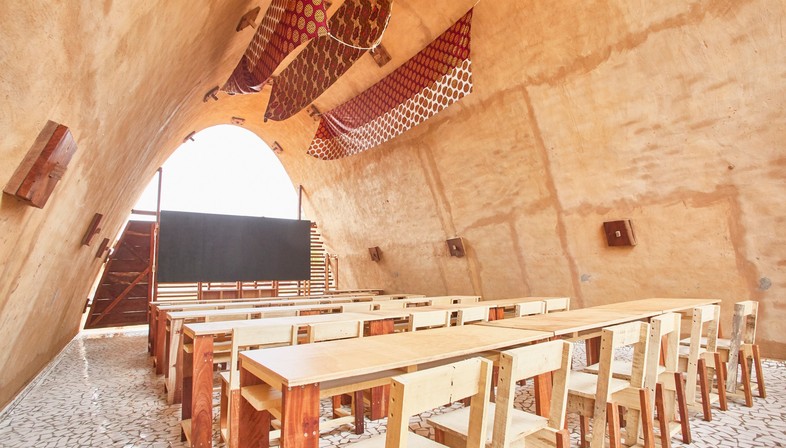 In addition to the characteristic parabolic cross section of the clay walls, every awla is completed with two wooden grids that let in daylight and air. Each awla in the masterplan has the same north-south orientation, because of the winds on the site. This favourable natural ventilation and the porosity of the clay create an effect known as evaporative cooling, doing away with the need for mechanical air conditioning systems. The vaults are covered with sheet metal roofing to form archetypal huts, protecting the crumbly clay walls from the rain while providing a ventilation chamber that attenuates the effect of direct sunlight in the awlas.
The interiors are unsophisticated, with no cladding or paint: the bare clay is boldly exhibited alongside natural wooden desks and chairs built by local artisans. The vault is reminiscent of vernacular constructions, with the same light weight and simplicity without poverty; on the contrary, these low-tech constructions are particularly functional.
Dawoffice has built a construction that is reversible with little waste, has no impact on the environment and is designed to grow gradually as needed. Managing to obtain this set of values on the basis of local know-how and resources, rather than receiving building materials and climate control equipment from far away, makes the construction recognisable as something that is born out of the local identity, in a bold step toward the architecture of the near future. 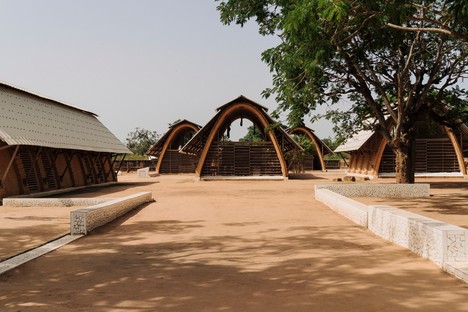 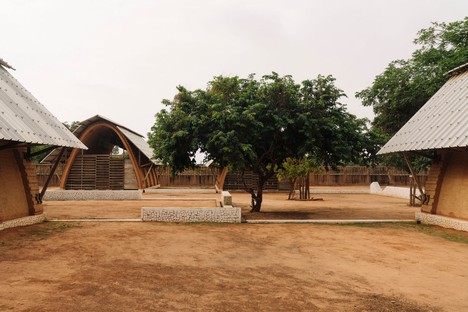 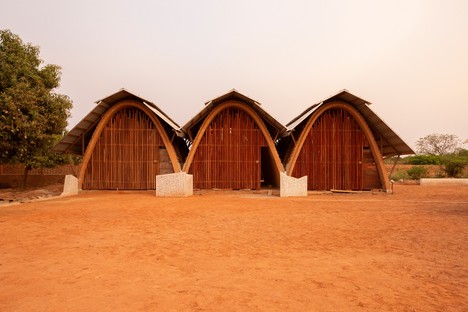 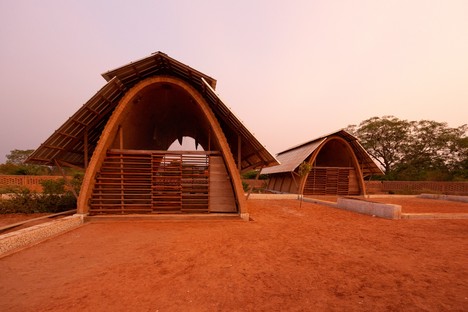 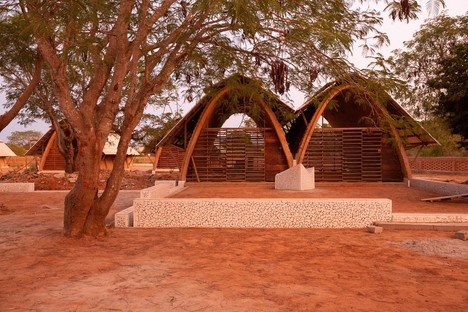 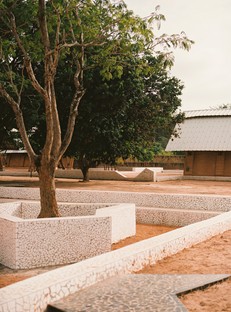 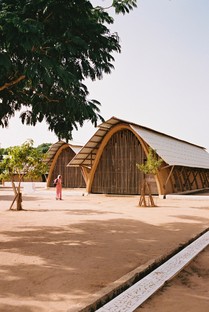 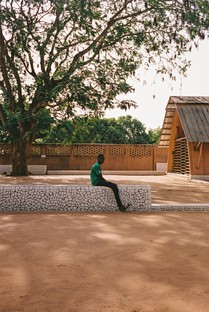 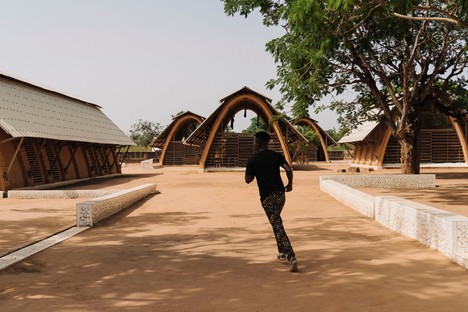 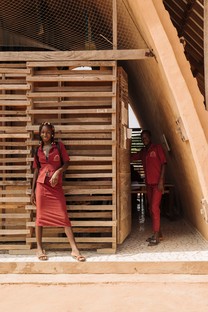 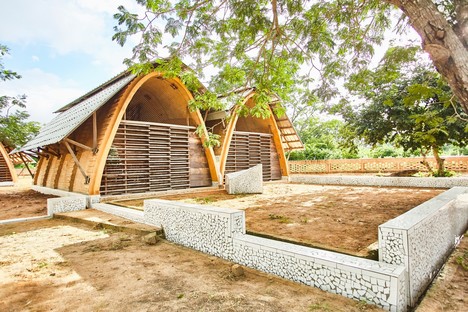 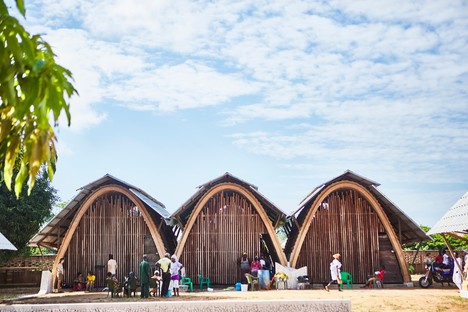 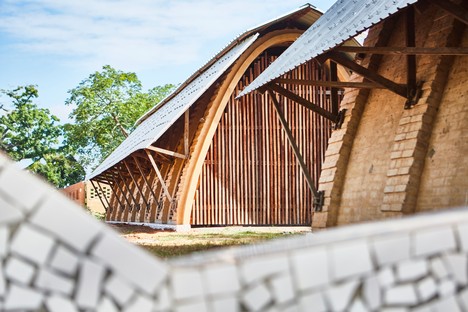 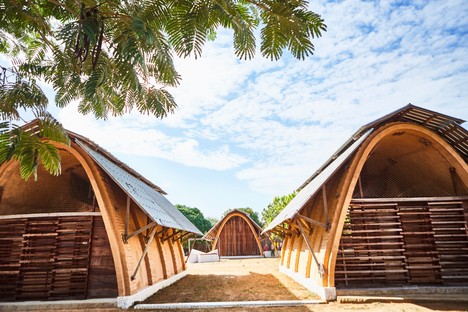 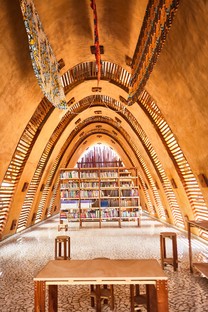 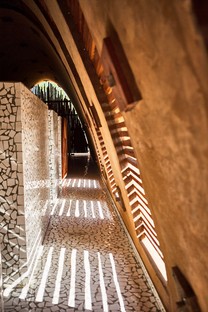 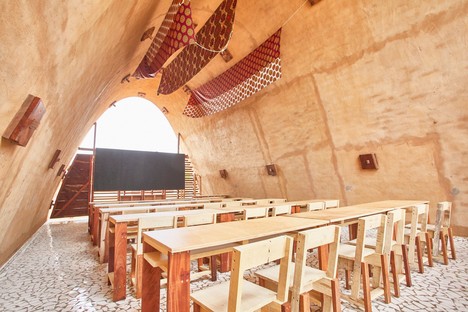 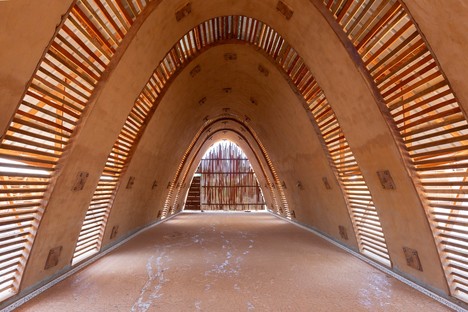 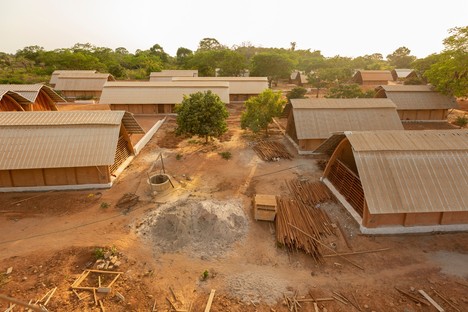 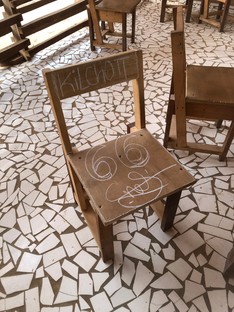 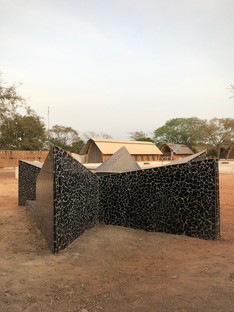 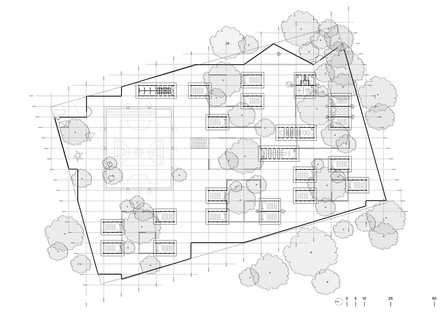 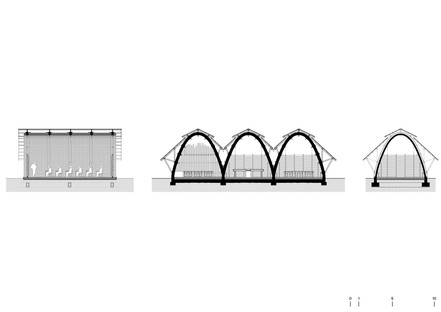