The Jacoby Studios complex in Paderborn, in western Germany, was originally a Capuchin monastery, built in the 17th century and converted into a hospital in 1841. David Chipperfield Architects Berlin have reclaimed the historic construction, eliminating the post-war changes and additions, and converted it to provide a new headquarters for the company Tap Holding. The project has been nominated for the 2021 European Union Prize for Contemporary Architecture – Mies van der Rohe Award. 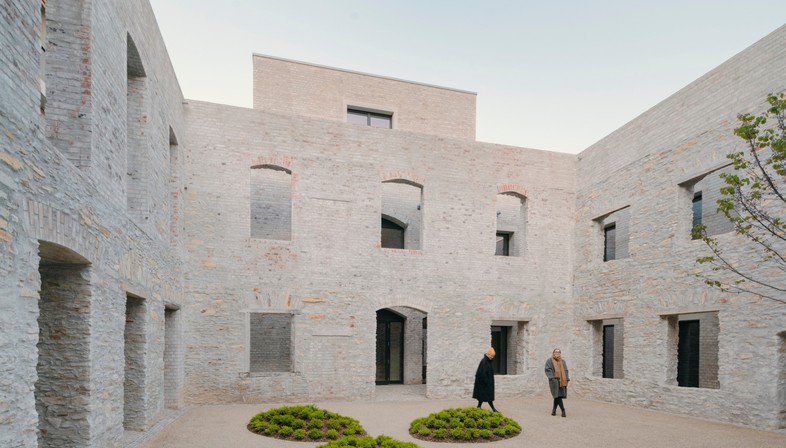 In Paderborn, western Germany, the Berlin office of David Chipperfield Architects planned the restoration and expansion of the historic Jacoby Studios complex, constructed as a Capuchin monastery in the 17th century with four wings, a cloister, a courtyard and a church. In 1841 the building was converted into a hospital, still run by monks, and it served this purpose until 2012 even though a large part of the historic construction had suffered major damage in the Second World War. To repair this damage, the building had been reconstructed in the mid-fifties, and came down to us with profoundly altered forms and volumes. David Chipperfield Architects Berlin have restored the building to its original form; using an almost archaeological approach, the architects identified the oldest parts of the complex and eliminated all the post-war changes and additions to restore the building’s original charm. The original bare brick masonry was recovered wherever possible, as in the east wing and the chapel, offering another important benefit: establishing historical continuity and reconstructing the urban landscape to restore the identity of this part of Paderborn. David Chipperfield describes the project as creating a new urban whole into which to insert the restored fragments of the historical building, underlining the project’s urban dimension. For while the layout of the German town is clearly medieval in origin, the project area contains numerous late twentieth-century buildings with simple plaster façades which alter our perception of its history.
The Jacoby Studios complex, on the other hand, is a balanced composition of volumes fitting perfectly into the urban landscape. The original walls are visible between the trees and the new bare concrete constructions, allowing the structures to preserve historical continuity without giving up their new contemporary identity. David Chipperfield Architects Berlin’s project transforms Jacoby Studios into the new headquarters of Tap Holding. The architects used the existing constructions to restore the original monastery layout while expanding the building with new volumes arranged in accordance with the existing orthogonal structure to the north, west and south. The chapel façade becomes the main entrance to the company’s new headquarters, a portal we cross to find ourselves not indoors, but in an open space integrating the ruins of the old cloister. The project is one of seven projects in Germany nominated for the 2021 European Union Prize for Contemporary Architecture – Mies van der Rohe Award. 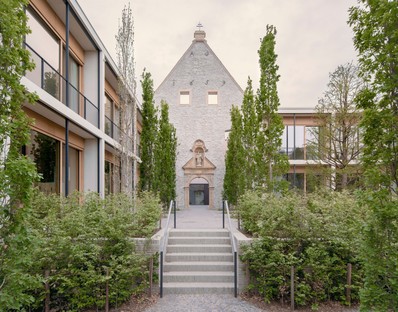 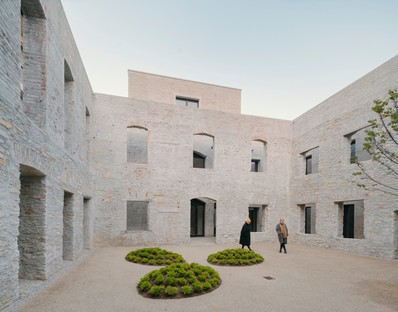 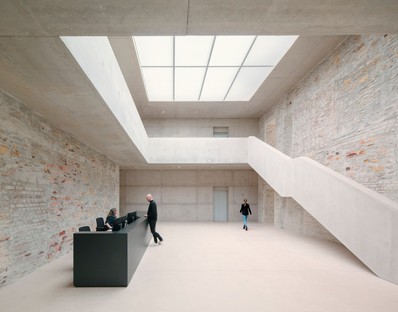 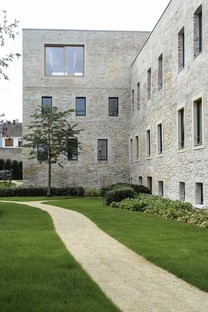 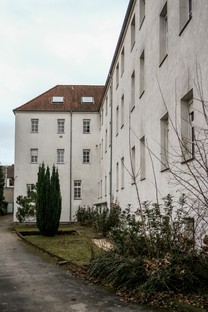 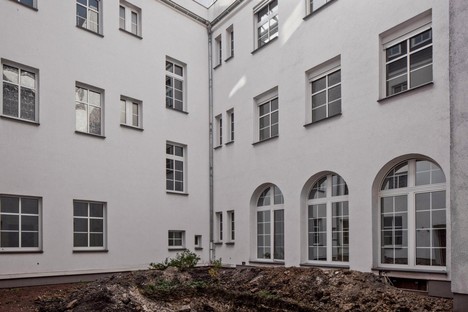 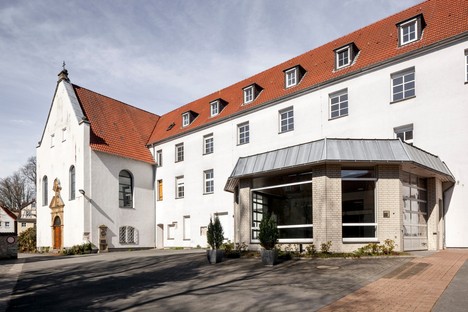 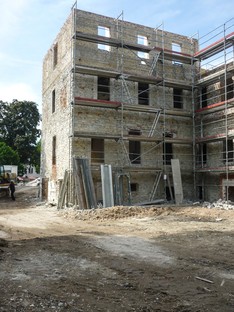 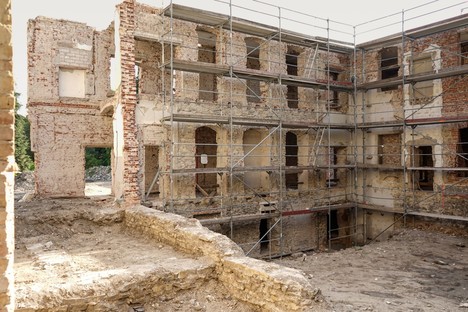 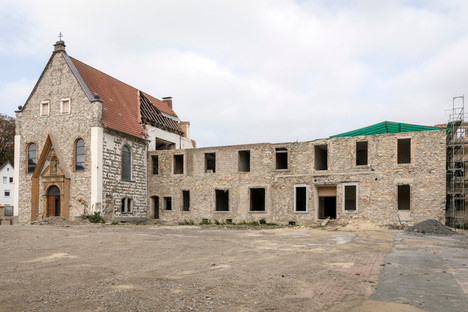