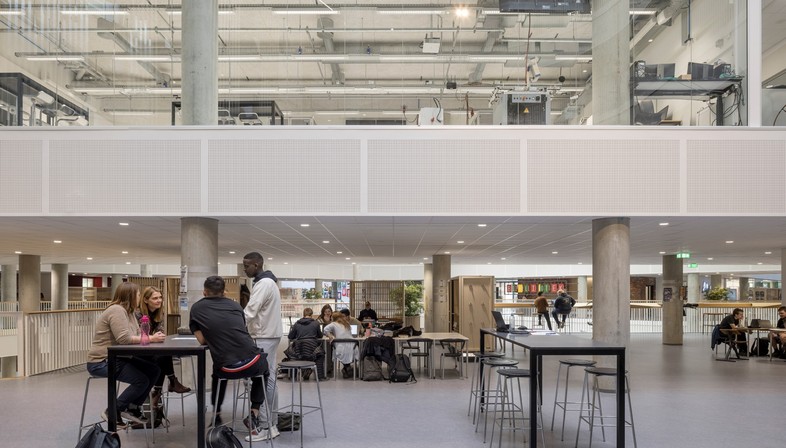 In Horsens, Denmark, in the central Jutland region, the new VIA University College Horsens complex was inaugurated in autumn 2021, designed by the C.F. Møller Architects studio. The new buildings are in fact part of the larger and more ambitious project of the Horsens university campus masterplan, also designed by the same studio. The programme, originally started in 2017, aims to transform a former industrial area, located near the city centre, into a vital neighbourhood and a landmark for "the future city of knowledge", combining education, business and participation in urban social life.

The VIA University College Horsens will be the reference point for this new city of knowledge, a sustainable construction, which also serves as an excellent example of art integrated into architecture. The complex consists of four main buildings: a sixteen-storey tower and three atrium buildings, arranged around a lower volume with a large central atrium that becomes the common connecting element. The selected materials, bricks in warm red or golden hues, and the distribution of the buildings pay close attention to the urban context. The floor plan designed by the architects generates a series of new urban spaces that mediate the relationship between the architecture and the city. The complex brings together 27 educational programmes and 2900 students, businesses and citizens. Constructed with a focus on the principles of sustainability and energy saving, the buildings also share some commonalities as far as the organisation of the various functions is concerned. The lower floors, for example, have been designed to support activity-based learning and knowledge sharing, while on the upper ones, on the other hand, preference is given to contemplation and individual study.

The French artist Daniel Buren was also involved in the VIA University College Horsens project. The collaboration between the artist and architects from the C.F. Møller studio has led to the creation of a building in which art and architecture are perfectly integrated. Daniel Buren's main works created at the new VIA University College Horsens complex can be seen in the Innovation House, in the auditorium and in the atrium's glass ceiling. 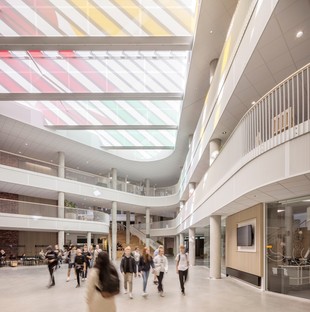 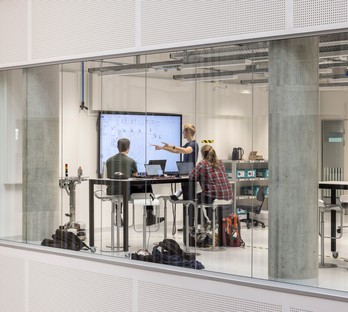 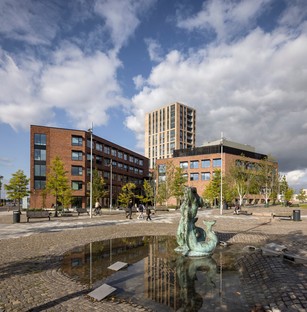 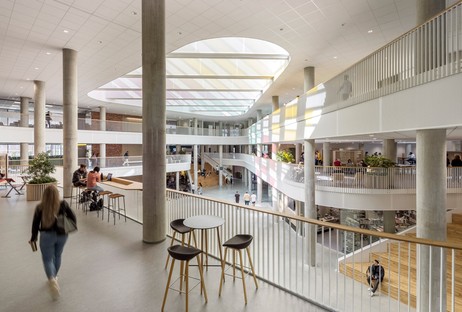 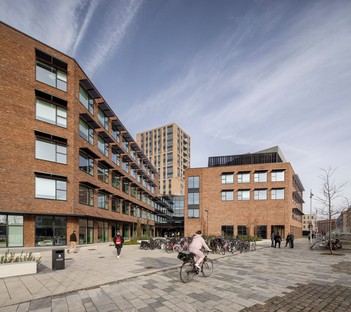 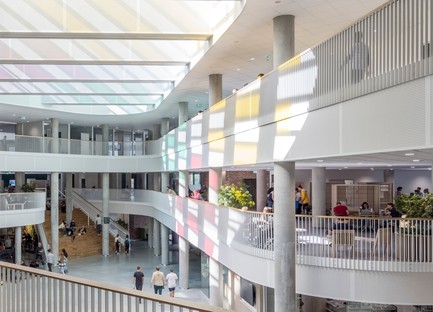 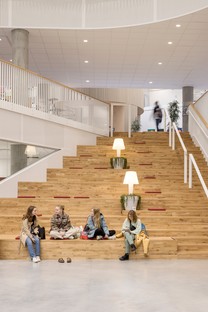 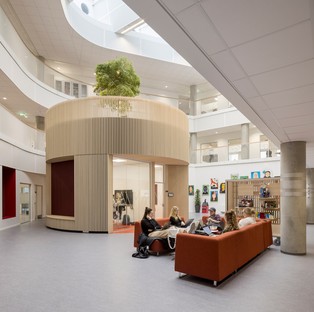 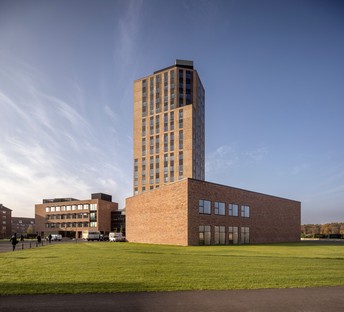 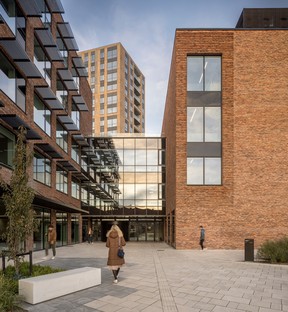 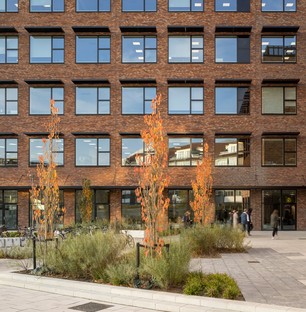 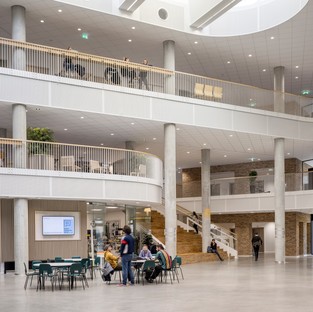 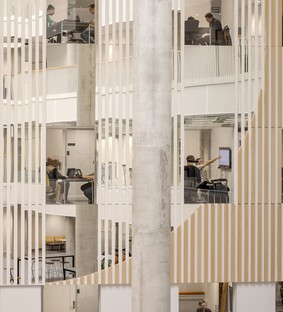 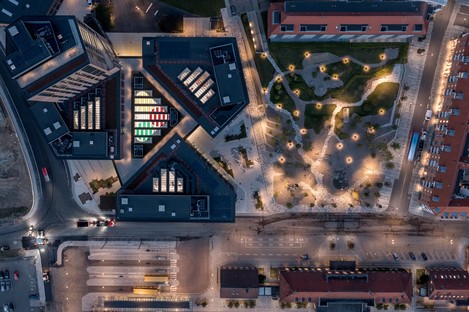 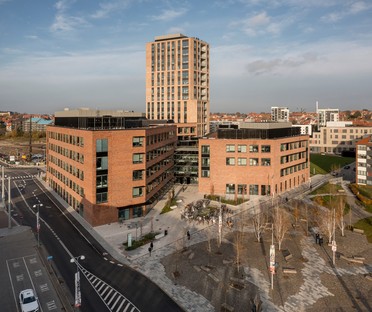 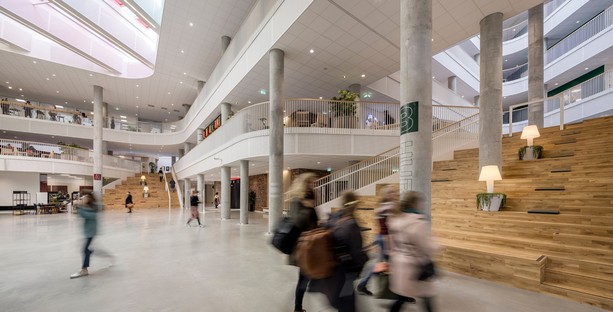 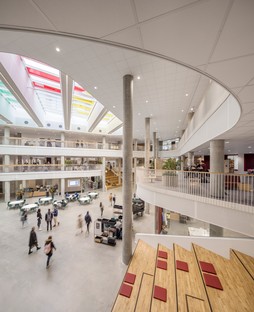 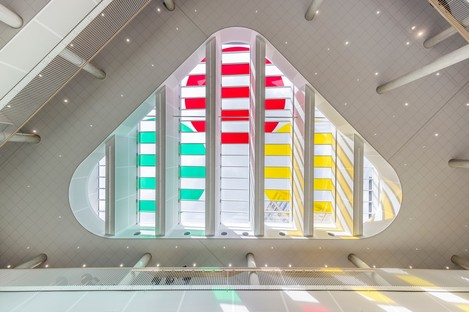 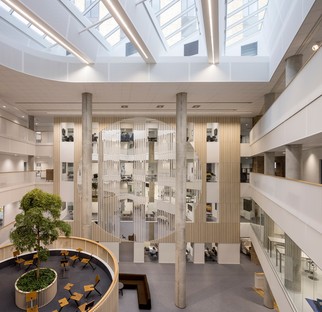 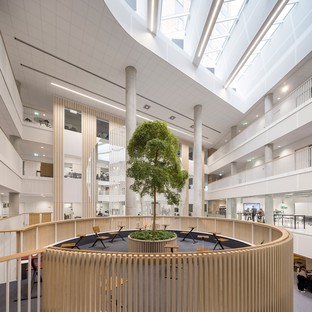 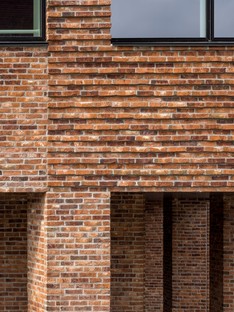 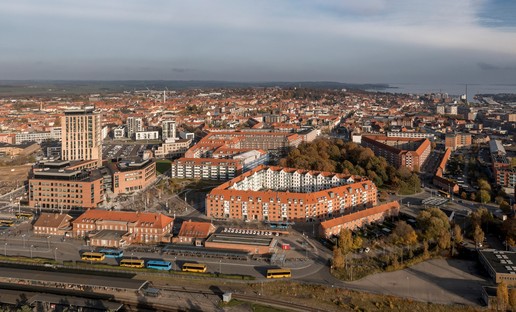 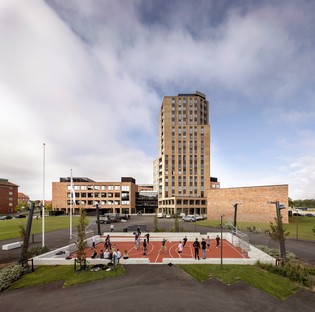