Casa Azzurra: a story in images in Milan

A young couple with a child in Milan commissioned architects Laiza Tonali and Marco Sartori to renovate an apartment in a 1930s building, working on a limited budget and preserving a number of existing elements. The project is illustrated in photos and videos by Mara Corradi and Roberto Ronchi. 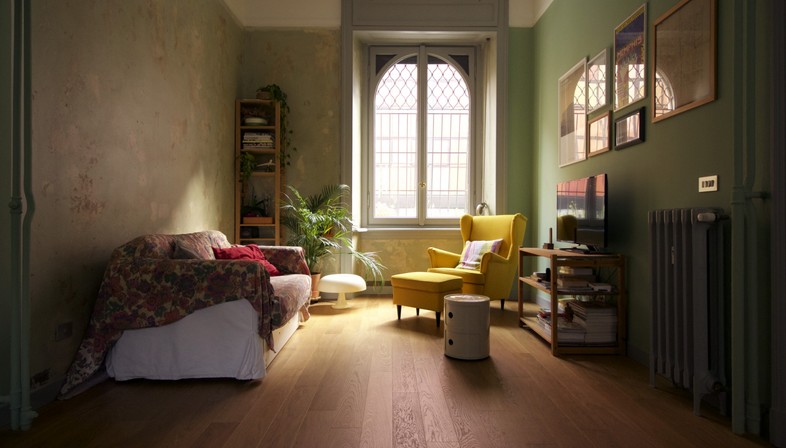 The video made by Mara Corradi and Roberto Ronchi effectively tells the story in images of a successful renovation project in Milan by architects Laiza Tonali and Marco Sartori. A young couple with a child, a limited budget, a building constructed in the '30s with a well-preserved structure and original window frames and plenty of daylight are the key elements in the project.

The apartment’s position made it possible to light up the living room with natural light all day by knocking down just one wall: in the morning light comes into the living room from the east, while in the afternoon it comes in from the west through the kitchen. A big walk-in closet in the master bedroom freed the house of big wardrobes, preferring open solutions for the child’s room and the entrance, a stylistic preference which was also applied to the appliances and to a number of technical systems, with visible ducts. The quality and good condition of a number of original elements dating from the '30s made it possible to restore the apartment’s original character, preserving a number of elements such as the window frames and cleaning up and replacing others with solutions in the same style. In the kitchen and bathroom, for example, hexagonal floor tiles were used, in the same colours as the original ones, which could not be saved. The walls were stripped of 1960s wallpaper to reveal the original colours, which were fixed, and touched up where they could not be preserved, to add colour to the home.
A few attentively designed items of furniture and design objects for everyday use, a blackboard wall in the child’s room, and plenty of family photos complete the décor and give the apartment a personal character and a homey atmosphere which Mara Corradi and Roberto Ronchi manage to capture and emphasise in their photos. 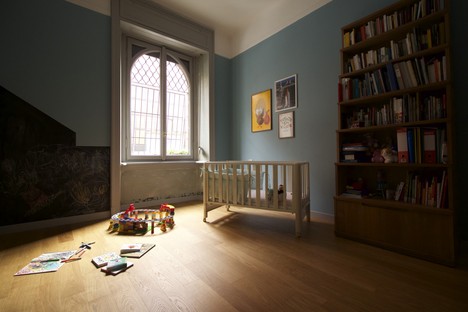 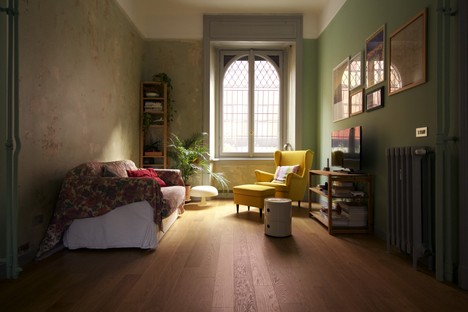 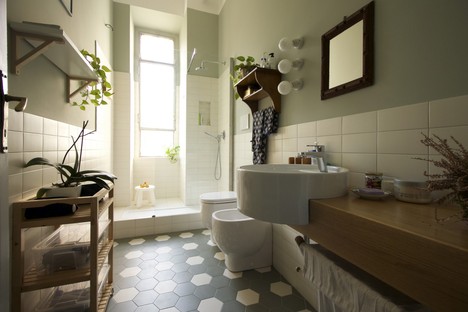 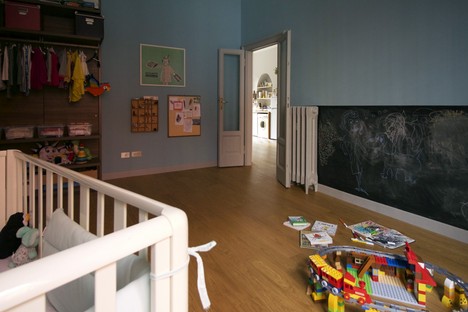 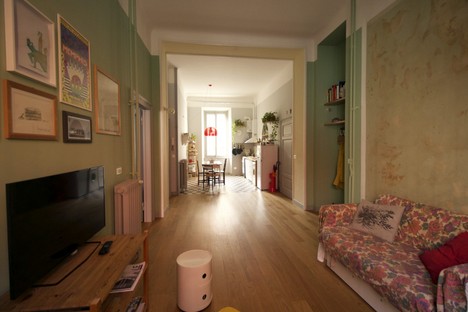 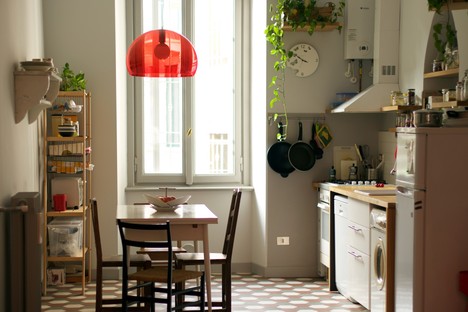 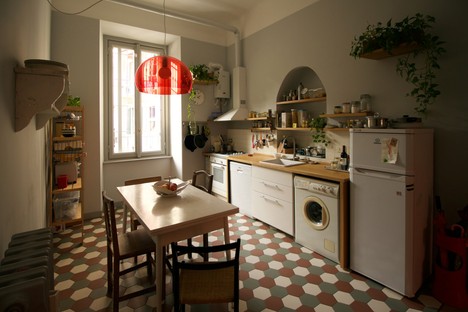 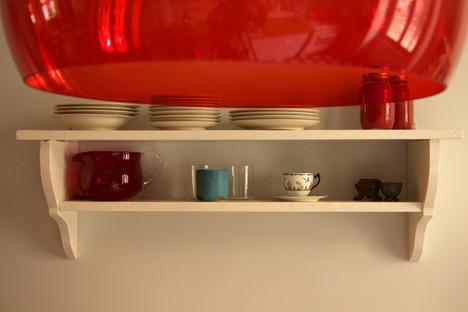 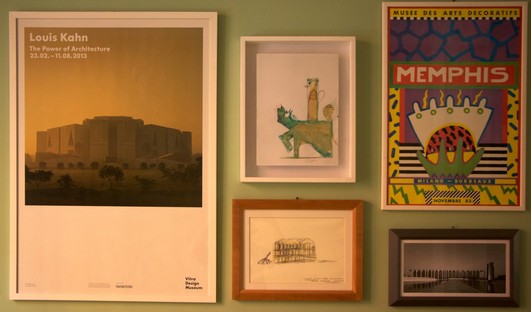 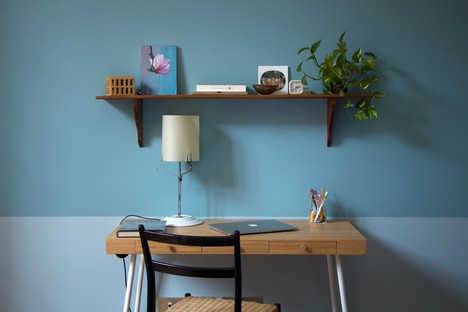 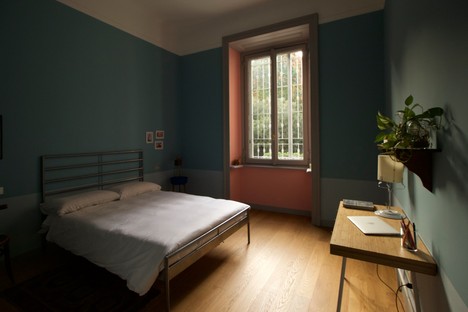 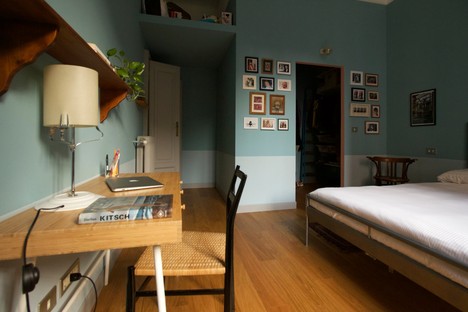