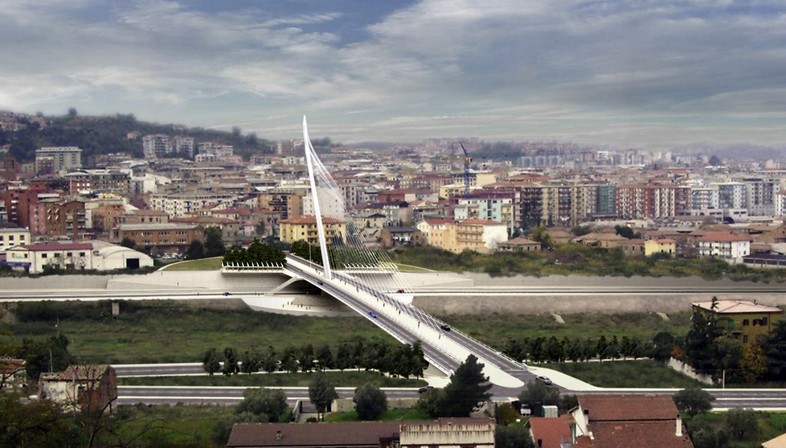 Heralded as Europe’s highest cable-stayed bridge, the new bridge in Cosenza designed by Valencian architect and engineer Santiago Calatrava was inaugurated on January 26. The bridge is named after San Francesco di Paola, patron saint of the region of Calabria, and was inaugurated with a dramatic performance of acrobats on the bridge’s cables, accompanied by music, dancing and fireworks. The bridge will definitely be one of the most important projects built in southern Italy and a landmark in the area. Located in southeast Cosenza, it connects the two parts of the city divided by the River Crati. The bridge crosses not only the river but two railway tracks; the project also includes construction of a railway station with a roof of glass and steel underneath the concrete bay of the bridge. 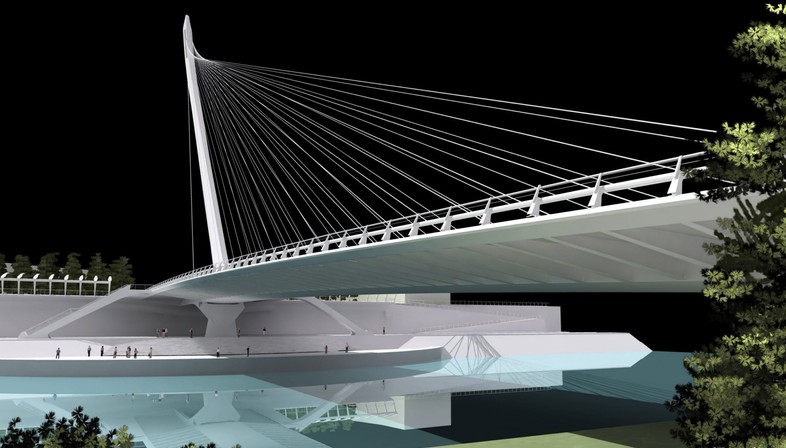 Santiago Calatrava connects the two parts of the city that have always been divided by the River Crati with a cable-stayed bridge with a single inclined pier 104 metres high, the highest point in the city. The materials used are those typical of the Valencian architect and engineer’s work: steel, concrete and natural stone. The bridge deck, made entirely of steel, is 140 metres long and 24 metres wide, and is open to both vehicle and pedestrian traffic. But the element that gives the bridge its character and is visible from all over the city is a single inclined pier supporting all the steel cables and the road deck. Calatrava designed the pier with an almost square box section, with rounded corners, sloping inwards in its final part. This solution emphasises the direction of cable tension, underlining the bridge’s ties with the city and guiding the observer’s eye toward the centre of the city of Cosenza. 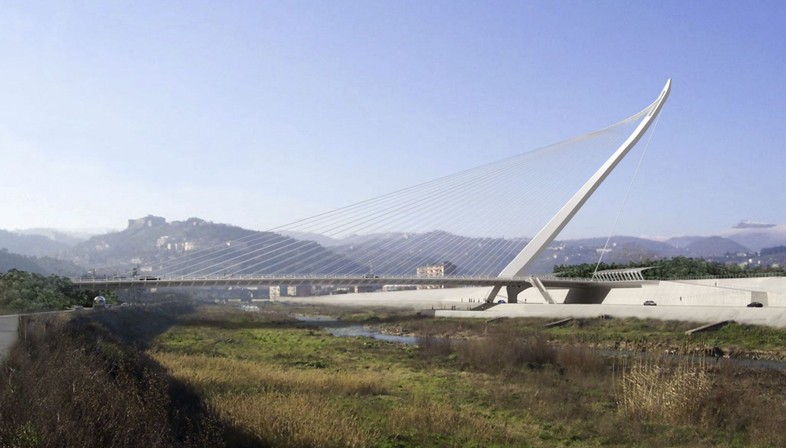 The bridge’s shape, like a giant harp, symbol of harmony, is a design feature recognised as exclusively the product of Calatrava’s ingenuity, which the Valentian architect and engineer has already tested on other occasions, in Seville in 1992 and in California in 2004. The bridge in Cosenza is in fact a cable-stayed bridge with a single inclined pier just like the Alamillo bridge in Seville. Calatrava designed the Seville bridge for Expo in 1992, crossing the Guadalquivir River to the island of La Cartuja, where the international exposition was held. Unlike the bridges in Seville and Cosenza, the Sundial Bridge in California, spanning the Sacramento River in Redding, is for pedestrian and bicycle traffic only.

It took about 20 years to build the bridge in Cosenza, from design to inauguration, and its construction was highly controversial. The idea of linking the two parts of the city, two urban areas in the southeast of Cosenza: Contrada Gergeri and Via Reggio Calabria, divided by the River Crati, was first aired in 2000, when the mayor at the time, Giacomo Mancini, presented the project with Santiago Calatrava. A lot of red tape has surrounded the project ever since the year 2000, involving four different municipal governments, of different political parties, before the spectacular inauguration held by the current city government under mayor Mario Occhiuto. 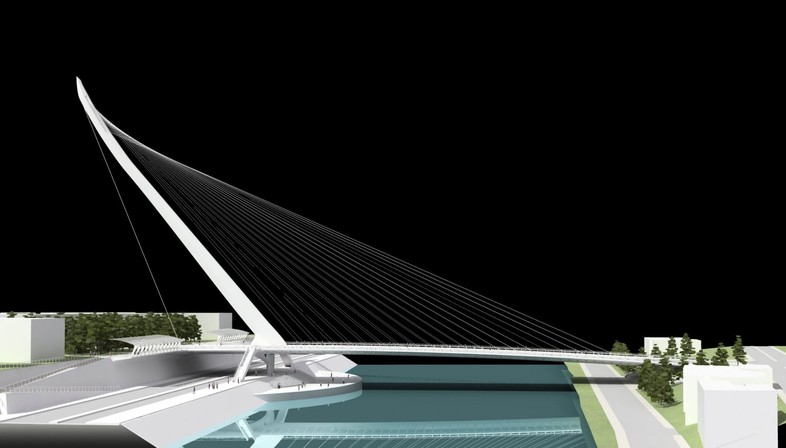 The bridge in Cosenza is not Santiago Calatrava’s first project in Italy: the Valencian architect and engineer has designed a number of iconic constructions in Italy, including the Mediopadana railway station and motorway bridges in Reggio Emilia and the Ponte della Costituzione over the Canal Grande in Venice, linking Piazzale Roma with the railway station of Venezia Santa Lucia. 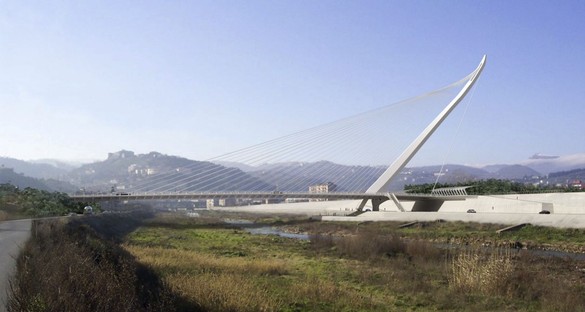 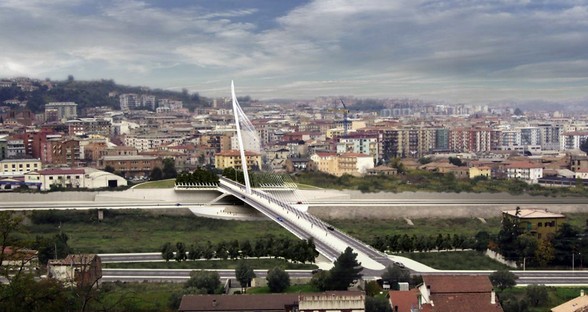 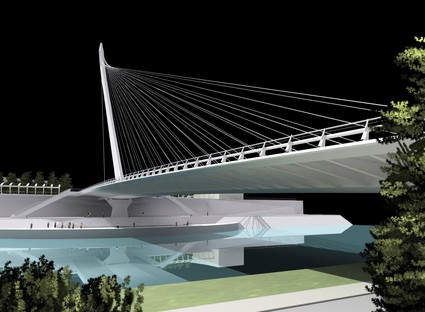 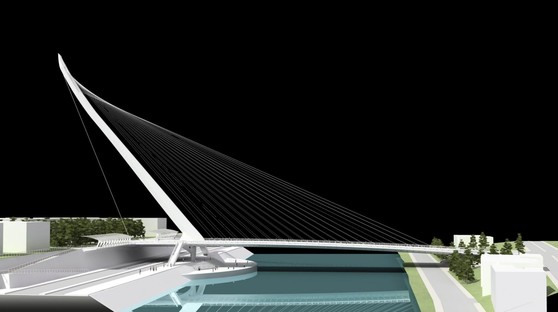