ZeroCollective, The Light that attracts us: Nocturnal Animals

The Light that attracts us: Nocturnal Animals is a project by the interior design trio Savina Radeva, Eglé Skuodaité and Aleksandra Ivanova - ZeroCollective. 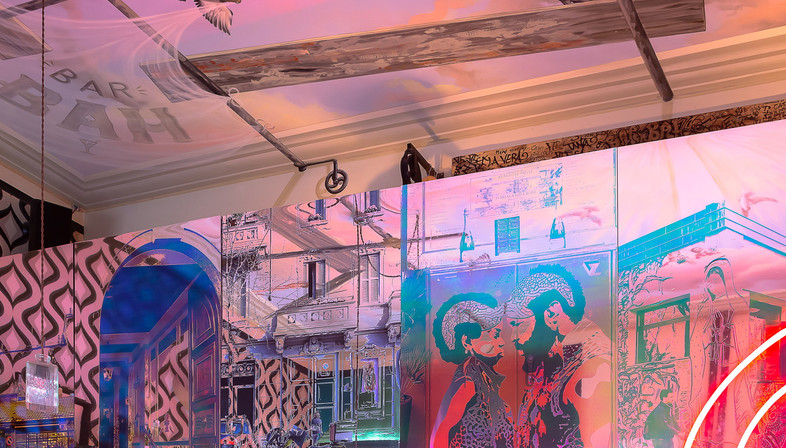 The Light that attracts us: Nocturnal Animals is a project by the interior design trio Savina Radeva, Eglé Skuodaité and Aleksandra Ivanova - ZeroCollective. The designers worked together on an installation that leverages the mood of the location, as a tribute to the Bar Bah, in Milan’s Isola district.


“The Light that attracts us: Nocturnal Animals” is by Savina Radeva, Eglé Skuodaité and Aleksandra Ivanova from ZeroCollective and is the interior design trio’s debut project for the Fuorisalone fringe events connected with Milan Design Week. The designers worked together on an installation that is particularly tailored to the mood of the location. It’s a tribute to the Isola design district’s famous Bar Bah and to the city of Milan, home to the Politecnico where Aleksandra, Savina and Eglé obtained their master's degrees in interior design. Nowadays, the three designers often get together to collaborate on projects across Europe but the capital of the Lombardy region remains their base.
Inspired by the unique social and cultural mix of the nightlife in Isola, a neighbourhood buzzing with a bohemian vibe and creativity, the designers crafted a graphic artwork using neon lights in the form of flexible LED tubes to attract the bar’s “nocturnal” clients and to set up a cross-cutting meeting point. Light Art looks like distorted chaos when you see it from the street, but everything resolves into a perfect 3D image when you reach the intended viewing point: the front door of Bar Bah.
The interaction between the Isola district and Bar Bah is highlighted by the collection of reflective panels that form part of the installation. The slightly off-kilter images of the Isola cityscape - photographed by the designers themselves - are printed on 3 mm-thick, lightweight Dibond panels and finished with dichroic film. This part of the installation conjures up the world of comics and superheroes to celebrate the urban essence of this nightspot.
The project by ZeroCollective is a playful and insightful exploration of the aspects of Milan’s nightlife in one of the districts where it’s all happening right now. At the same time, the trio also set up a connection with the location's unique features. The installation was part of the Isola Design District initiative, a territorial marketing project created by Blank, a young Milan-based creative agency, with the aim of giving visibility to up-and-coming international designers and local artisans in one of Milan’s most animated neighbourhoods: Isola.
The event, organised every year during Milan Design Week, involves the whole area with design exhibitions, installations, workshops and conferences held inside a number of different locations spread across the territory, encouraging visitors to explore this “in” zone. Starting with light, which is a very powerful attraction, and not just for nocturnal animals... 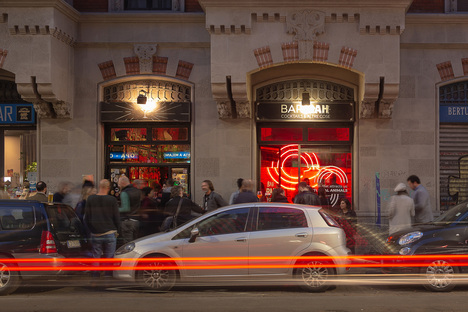 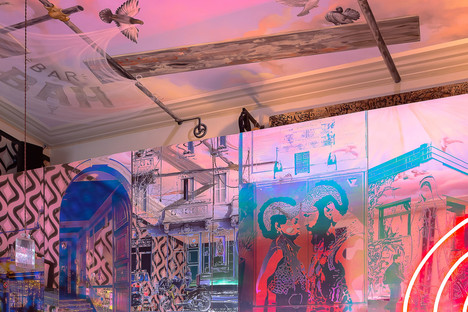 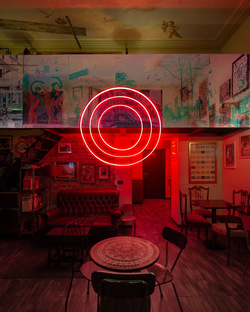 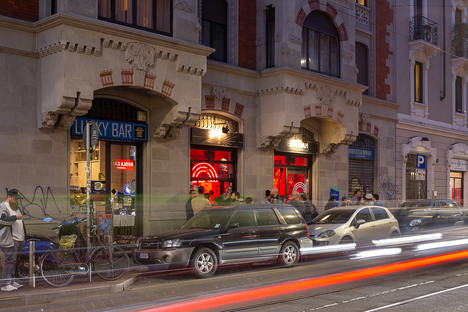 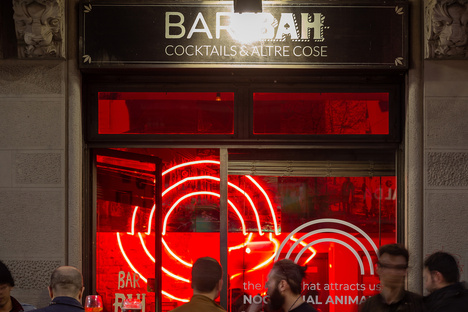 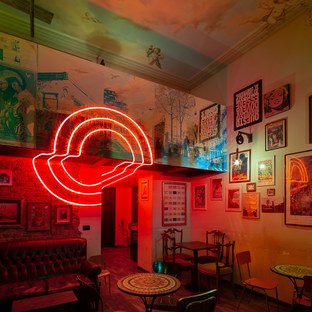 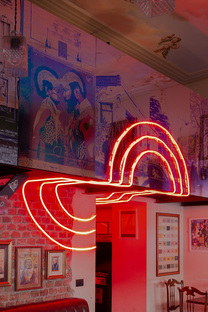 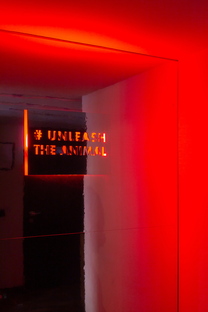 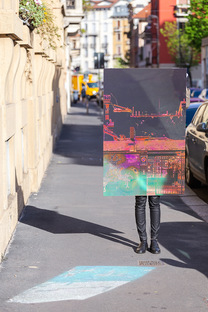 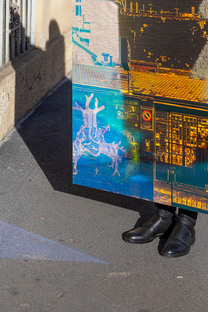