The architects of Shanghai United Design Group Co., UDG, have come up with a symbolic shape for the new service centre in the city of Zaozhuang. The project is part of a district that also includes sporting facilities and a park, and stands out for its intense dialogue between indoor and outdoor spaces and reuse of existing structures 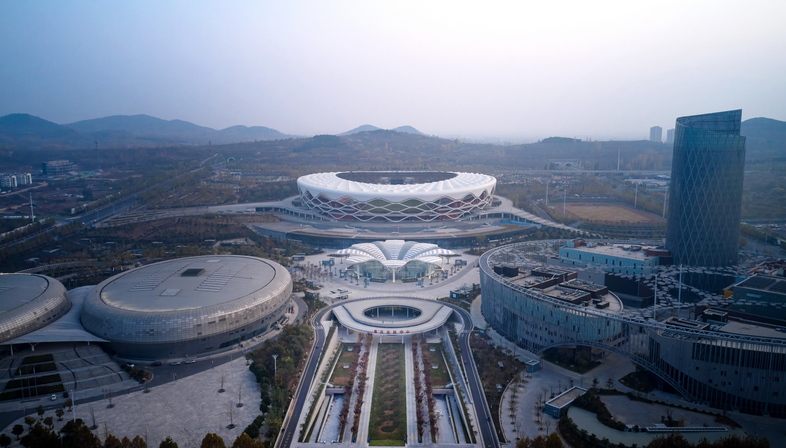 The Zaozhuang Citizen Service Centre designed by the architects of Shanghai United Design Group Co. (UDG) is part of the Civic Centre complex in Zaozhuang, a city of 3.8 million people located in the south of Shandong province in eastern China. The Civic Centre complex is Zaozhuang’s biggest government-funded public construction project and a new landmark for the city.
The new building stands in the centre of the lot, surrounded by constructions including a stadium to the south, a gym and a swimming pool to the northeast, and a cultural centre to the northwest. The architects adapted and expanded parts of the original commercial space in the Civic Centre complex in the construction of the new centre.
The building’s administrative function at the service of citizens required a structure that would be welcoming yet emblematic, so that an errand in the offices would become a pleasing experience, at least aesthetically. This is why UDG opted for a form of design that intentionally breaks away from the rigid image of the conventional administrative building. On the basis of reflection regarding various aspects of the building’s context, they began with integration of nature and culture as the starting point for their design, drawing inspiration from the pomegranate flower, symbol of the city of Zaozhuang, China’s pomegranate capital, home to a 6,600-hectare orchard mentioned in the Guinness Book of World Records. With its own Grand Canal running through the city, Zaozhuang is known as a city of water.
These considerations explain the building’s unusual shape, reminiscent of a pomegranate flower, in that the roof is made up of eight petal-like units connected by light organically shaped structures. The resulting architectural space is enclosed by transparent curves offering views of the sky and the surrounding landscape. The alternation of the glass roof and the aluminium upper wall in combination with aluminium shutters and empty spaces forming the ceiling ensures perfect lighting during the day and effects of light and shadow responding to changes in the direction of sunlight.
The fulcrum of UDG’s project is the new hall serving as a gateway to the Citizen Service Centre and connecting the building’s above-ground and underground parts. The position of the new main building is of key importance in the masterplan for the area, as it will become an element actively linking various parts of the area, facilitating access for citizens and connecting with other facilities in the complex, such as the stadium.
The entrance hall can also be used for cultural events, such as public exhibitions and conferences, further underlining the new centre’s vocation for serving citizens. The entire centre built by UDG gives form to an architectural landmark, a highly appealing and charming new public place in the city. As the architects say of the Zaozhuang Citizen Service Centre: “ In this place, people can experience the change of time and space, the rhythm of nature, and express themselves in a poetic way.” 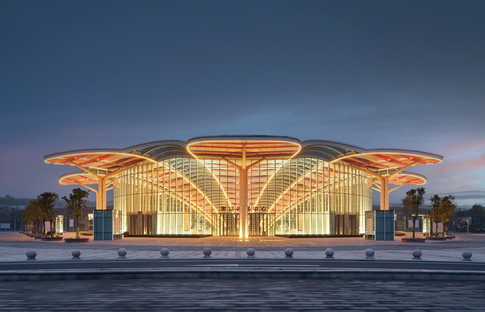 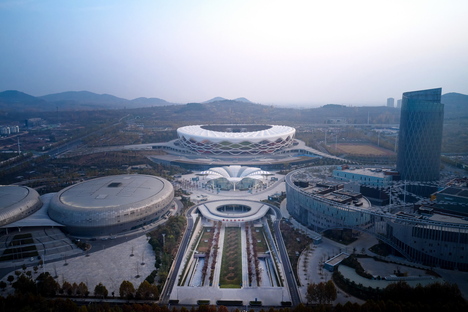 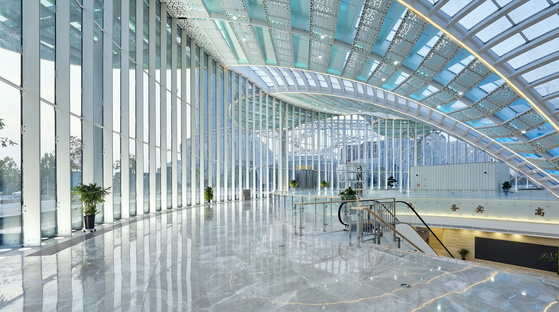 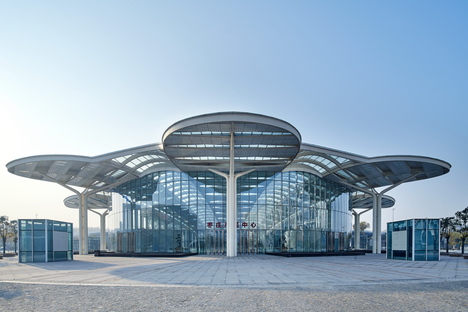 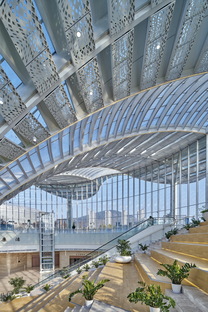 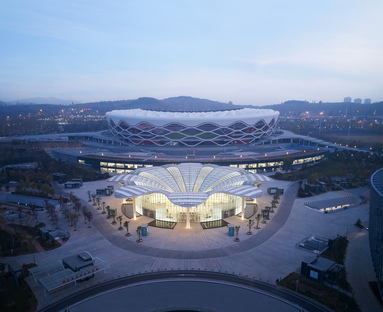 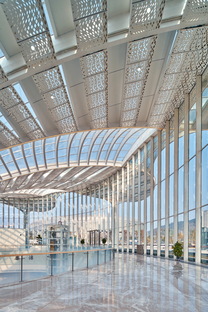 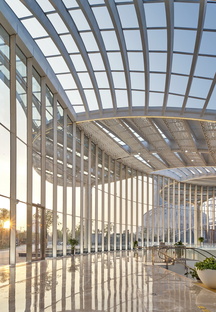 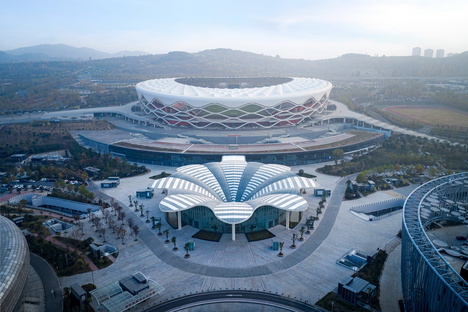 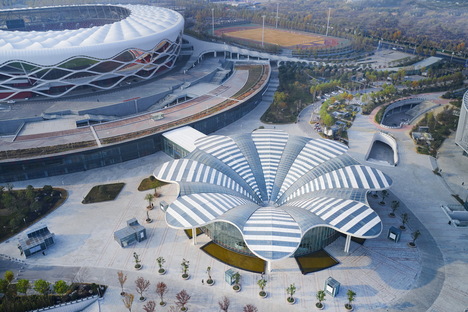 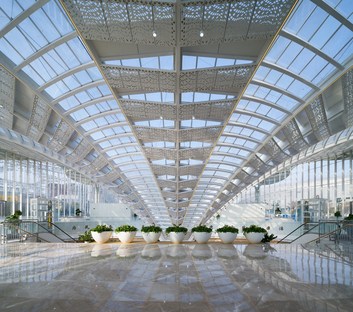 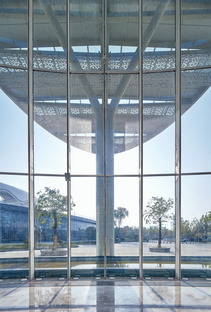 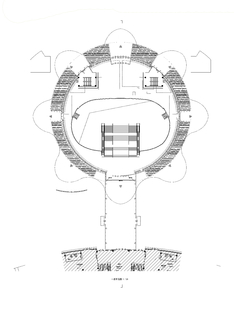