Wow Park is opening just in time for the summer in Billund, the Danish city that hosts the Lego headquarters and Lego House. This treetop wonderland - the largest of its kind in the country - includes suspension bridges, nets in the sky, giant bouncy balls, swings and ziplines. 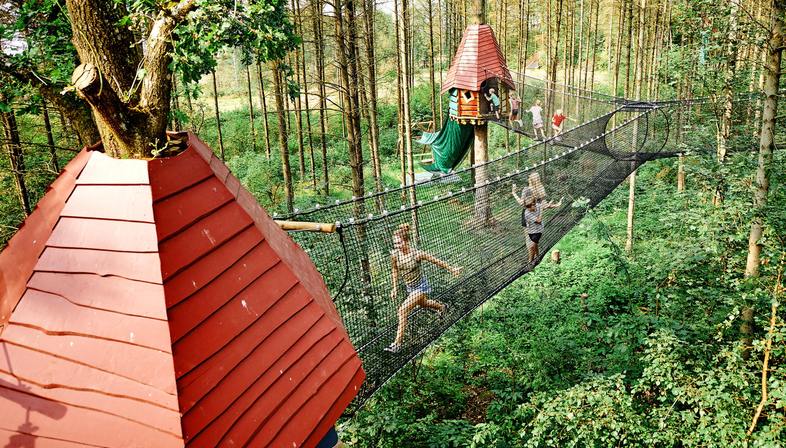 Billund has made quite a name for itself, mainly because it is home to the headquarters of the LEGO company that produces the famous Lego blocks that children love, and whose iconic Lego House was designed by BIG (link).
And now Wow Park is the latest attraction to open in the Danish city that calls itself the “Capital of Children”. This is a brand new play and amusement park in the forest just outside Billund. It has been designed to entertain the whole family, that can spend the day moving around and having fun outdoors. In short, an open-air experience that encompasses an area bigger than 40 football pitches, a must for the summer season!
The park is the brainchild of two brothers, Jacob and Aage Hindhede who grew up on a farm in western Jutland, spending most of their time playing outdoors and swinging in trees. This world has slowly become lost to children, who are more interested in their electronic devices than in trees, even though we all know the importance of physical exercise and playing in nature. So in 2013, they founded the first treetop park in Skjern, in western Denmark, attracting more than 40,000 visitors a year. Encouraged by the success of this venture, the Hindhede brothers have now constructed a second park, three times bigger than the first one, in Billund, the town of LEGO, attracting young and old alike.
The goal in Billund too was to encourage families to spend more time outdoors by offering fun and games at an “upper level”. Because at Wow Park you move around way above the ground, through tree houses, slides and 14-metre-high suspension bridges. You can play amongst the giant bouncy balloons amongst the trees on massive net platforms of more than 300 square metres. Or if you want to, you can explore the underground caves, where you can crawl around on your hands and knees to discover lots of winding tunnels and secret cubbyholes. Or you can venture into the mazes, where the challenge is to find your way through the willow forest or chase each other through the giant wooden labyrinth. All of this gives young teens and adults a real experience of what they only too often enjoy virtually.
Of course, no fun park worth its name would be without water games and here you can sail small ships in mini rivers, play with locks, build dams, fill and spill buckets, and even alter the flow of the rushing water.
Wow Park in Billund not only makes nature its main attraction, but it was also built in keeping with the guiding principle that nature “was here first”. So all the structures are designed to disturb the environment as little as possible and highlight these tall trees, the real landmark of this project.
There are also plenty of places to eat in the park, which opened in May. This is a must for families who are visiting the area, and a great outdoor experience after spending a day inside the colourful world of Lego bricks! 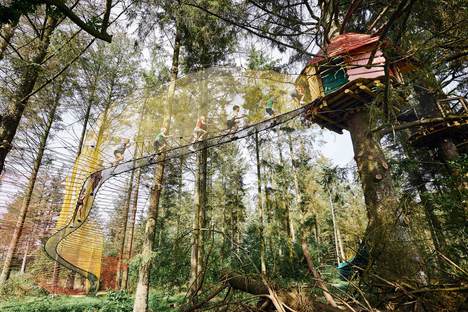 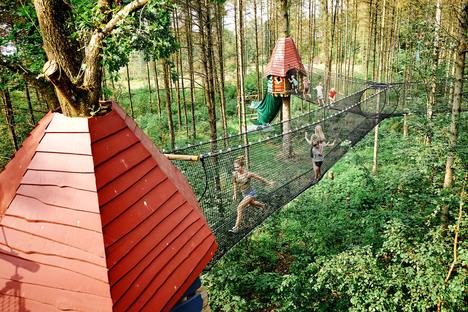 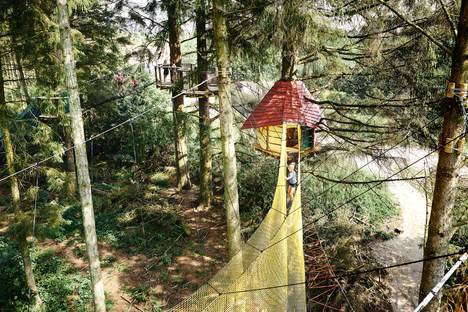 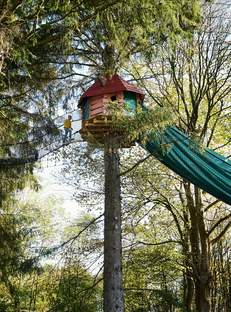 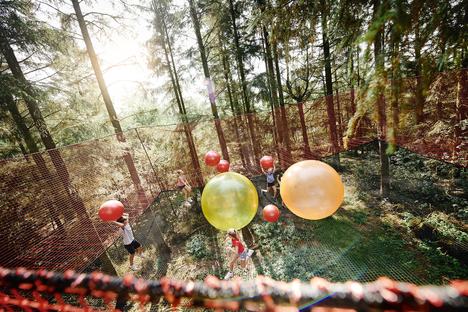 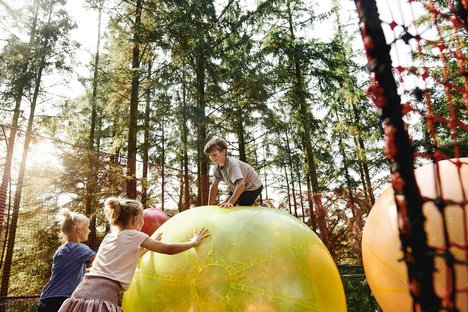 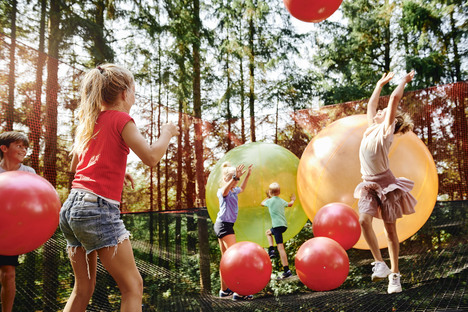 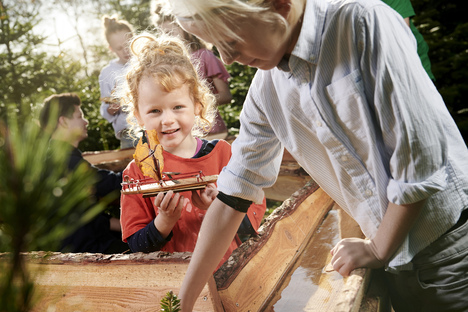