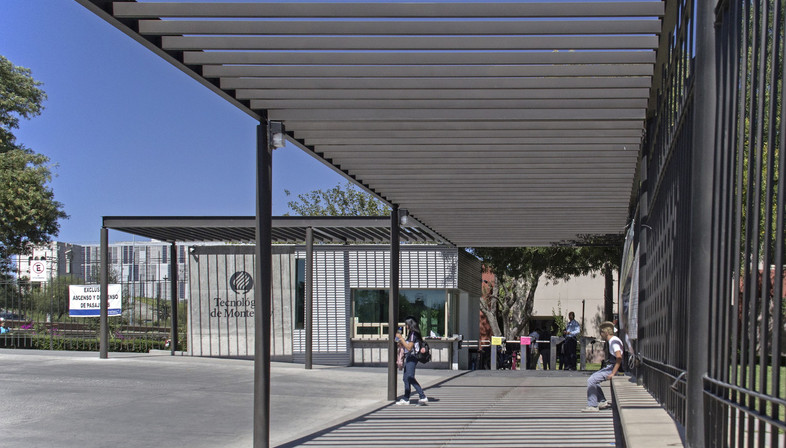 Mexican architecture studio Urbánika has designed the new entrance to the Chihuahua Campus of ITESM, Instituto Tecnológico y de Estudios Superiores de Monterrey. Despite its apparent lightness, this structure has become a new landmark, giving the site a new identity and dignity.


Urbánika was tasked with finding a way not only to renovate the entrance to the Chihuahua campus of the famous Instituto Tecnológico y de Estudios Superiores de Monterrey that has a whopping 31 campuses across Mexico but also to give it a new character. Giving a place identity is a particularly daunting challenge in a city like Chihuahua, with so much visual pollution and distracting busyness from billboards, traffic lights, signage and just the buzz of city life itself.
To make the Chihuahua campus of ITSEM stand out in all of this, the architects based their inspiration on graphic art by artists like Ed Ruscha and came up with a totem, referencing the advertising billboards of the urban landscapes. It is like a horizontal line in the cityscape that marks vehicular access.
For the entry booth, the team from Urbánika didn't just restrict their work to merely replacing the old building with a new, more functional architecture. They actually gave the whole zone a makeover, all to the benefit of the student community. So they reused some of the leftover metal fencing to build a lovely pergola that marks the entrance avenue. This structure creates a new meeting point with a captivating play of light and shadow, underscored by a deciduous tree that provides shade in summer and sun gain in winter.
The widened footpath and a crossing complete the architectural work and even the nearby footpaths were revamped working on the theme of achieving universal access to the campus.
With the new entrance to the ITSEM's Chihuahua campus, Urbánika confirms its design approach based on the surroundings and elegant engagement with the users. Thoughtful architecture attentive to the needs of the community. 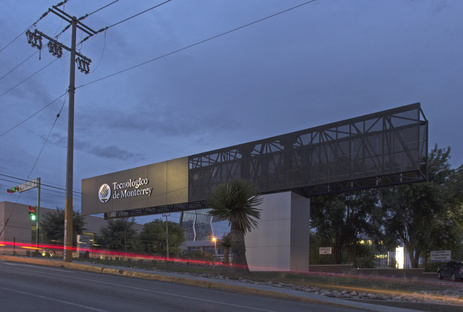 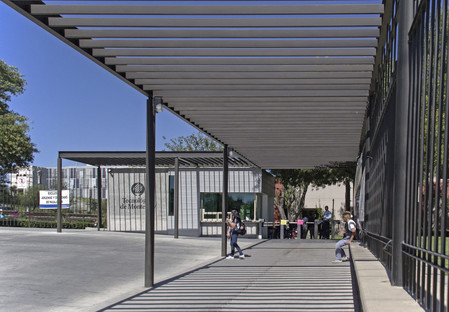 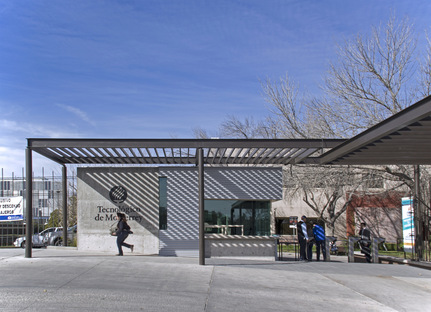 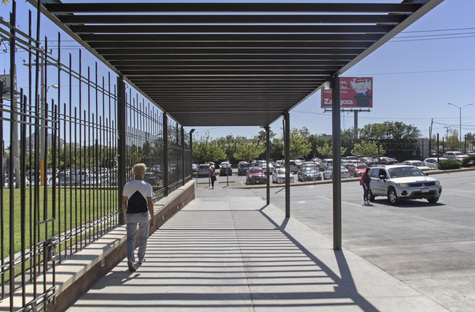 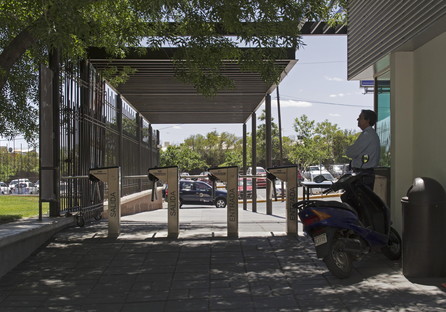 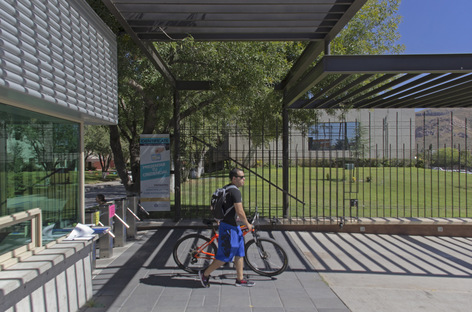 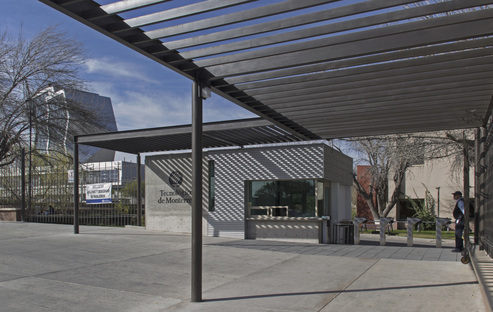 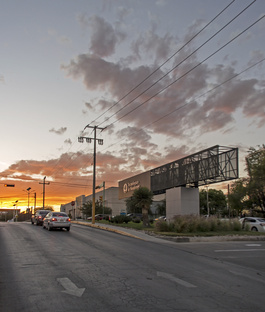 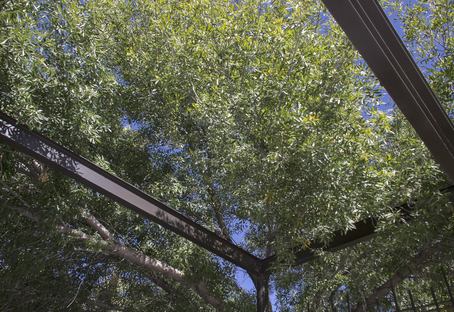 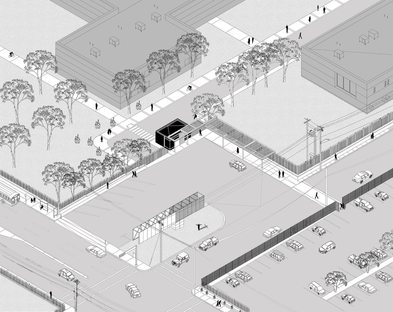 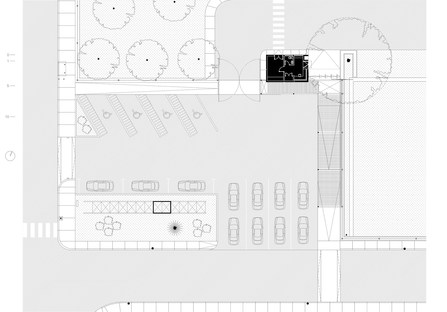