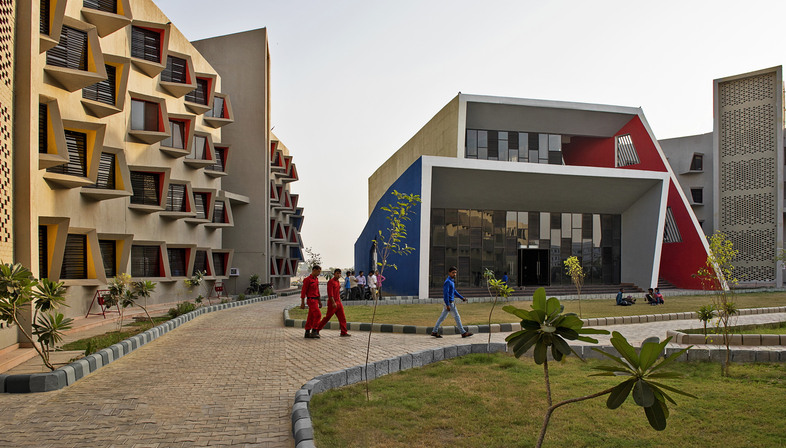 
Believed to be the birthplace of Krishna, Mathura, in the Indian state of Uttar Pradesh is one of the seven cities considered holy by the Hindus. It is strategically located approximately 145 kilometres south-east of Delhi and 50 kilometres north of Agra, and also has a number of universities and colleges.
This is the location for the latest work by Sanjay Puri Architects,, an 800-room hostel 800 for students at the GLA University campus, separated into five, 4-level blocks and weaving along the site in a pattern inspired by the streets of the historical centre. The orientation of the buildings towards the north gives them views of the garden areas. Each room has a wedge-shaped bay window that provides protection from the sun and lets in natural light at the same time. Ventilation openings onto the internal corridors facilitate cross-ventilation that does away with the need for a climate control system in a zone where the average temperature is in excess of 30° C for 8 months of the year.
Other sustainable solutions adopted by Sanjay Puri Architects include rainwater harvesting, water recycling and solar panels to meet the energy needs of the hostel located on a 24-square-metre site.
The architects also focused on the community spaces - cafeterias, games rooms and fitness centre - positioned at the ends of the buildings, and also selected different colours to give each block its own identity.
The Street confirms the respect of the multi-award-winning Mumbai-based firm, Sanjay Puri Architects for the environment, not neglecting either the formal ties with the context of their architectural works or the requisites to make each individual project attractive. 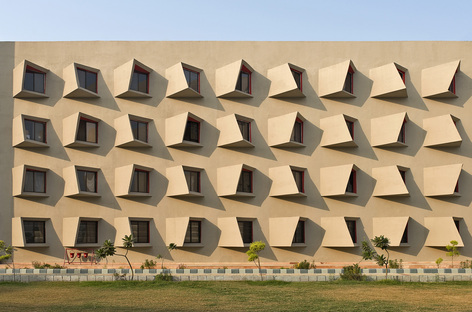 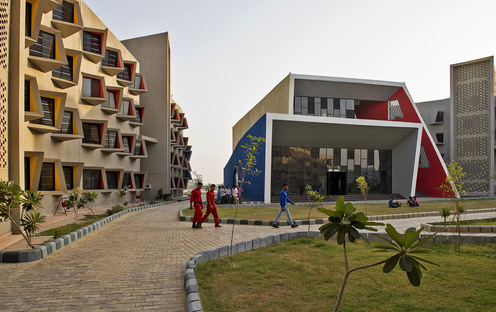 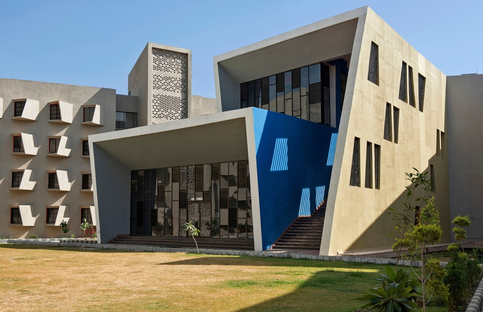 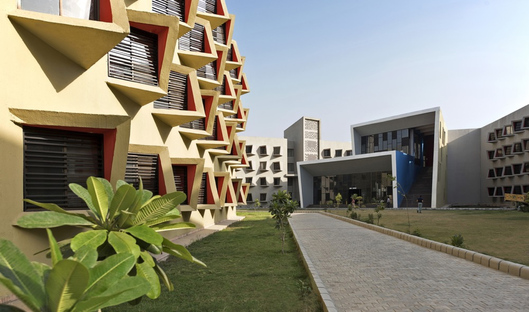 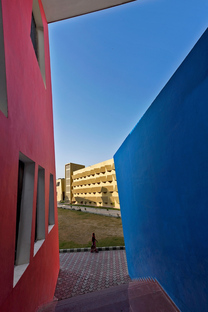 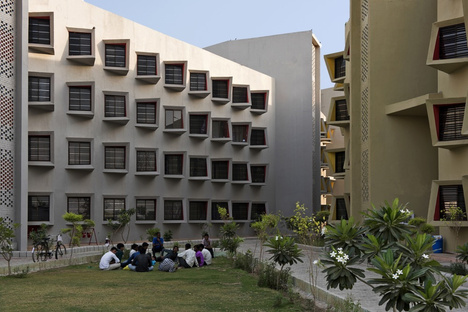 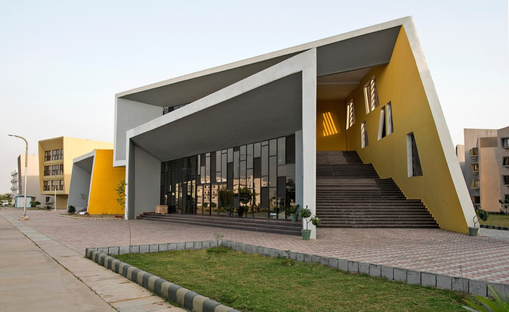 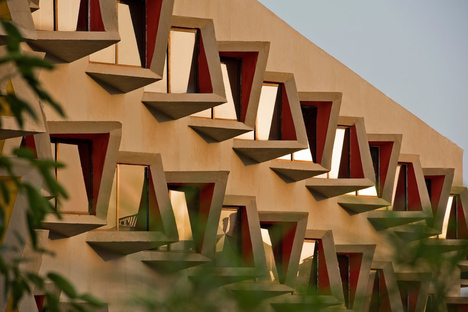 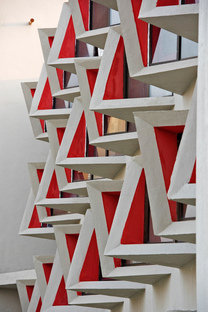 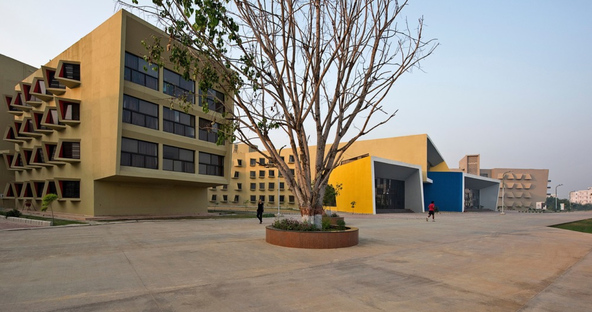 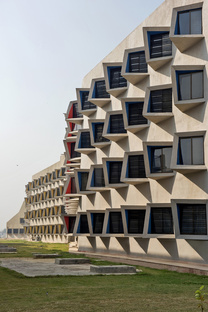 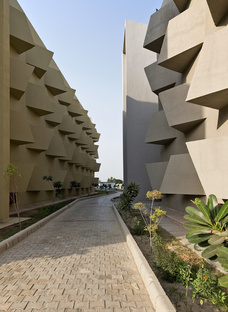