SnowVillage Finland, Game of Thrones made of ice

The 2017-2018 marks the seventeenth year of SnowVillage, a resort made of snow and ice, 200 km north of the arctic circle in Finland. 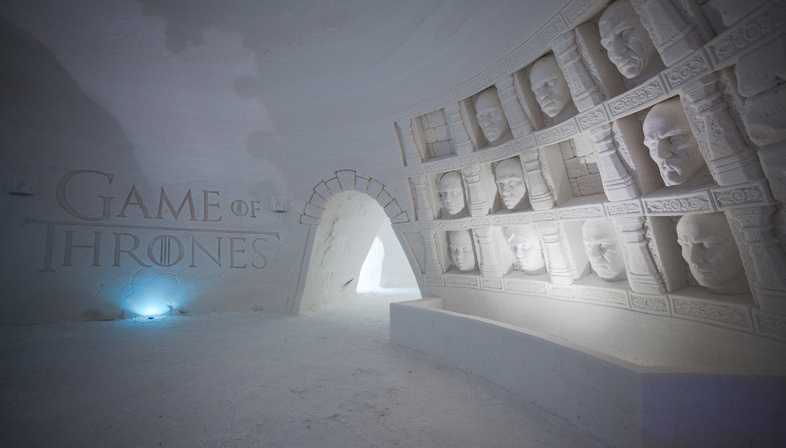 The 2017-2018 marks the seventeenth year of SnowVillage, a resort made of snow and ice, 200 km north of the arctic circle in Finland. The theme of this year's SnowVillage built by Russian, Polish, Latvian and Ukrainian sculptors is the “Game of Thrones” saga.


The resort area of about 20,000 square metres with a hotel, restaurant, bar and even a wedding chapel is rebuilt each year, strictly using snow and ice - 20 million kilos of snow and 350,000 kilos of ice, to be precise. This is SnowVillage of the Lapland Hotel chain and it is built in the western part of Finnish Lapland, not far from the airport of Kittilä, 200 km north of the arctic circle.
Every year since 2000, when the temperature drops to about 10° C below zero, in late October-early November, builders that specialise in using snow and ice as their materials begin construction work. This year, sculptors from Russia, Poland, Ukraine and Latvia used these natural, yet ephemeral materials to create an infrastructure that has nothing to envy traditional resorts. It has about thirty rooms, and the temperature inside remains at between -2 and -5 degrees Celsius, regardless of the outdoor temperature. According to the operators, as long as guests wear appropriate winter clothing,  it doesn't feel that cold.
Every year, SnowVillage changes look to delight guests and inquisitive adventurers with new design solutions and spectacular effects. The 2017-18 theme is the hugely successful television series, “Game of Thrones”. Indeed, the SnowVillage – Game of Thrones was created in collaboration with HBO, the cable TV network that produced the famous TV series based on the fantasy novels by George R.R. Martin, “A Song of Ice and Fire”, the first of which is “A Game of Thrones”. It is no coincidence that the interiors are decorated with details for Game of Thrones lovers: these include the Braavos’ Hall of Faces and a life-size iron throne with swords. And of course, in between, the unfailing white walkers that stare at you with their sinister glowing blue eyes.
Basically, a night at the Finnish SnowVillage is an ultimate experience, not just for Game of Thrones fans but for anyone who is enamoured of winter and of the surprising rooms where even the furniture is made of ice. 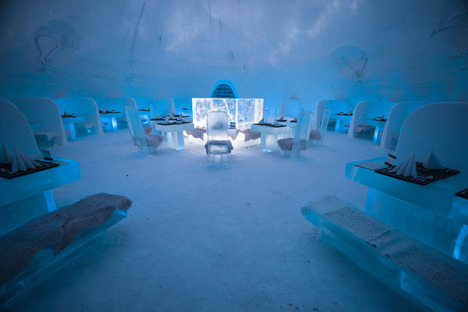 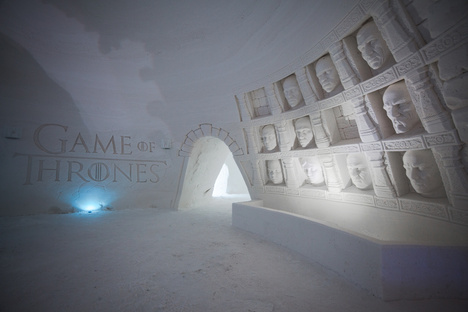 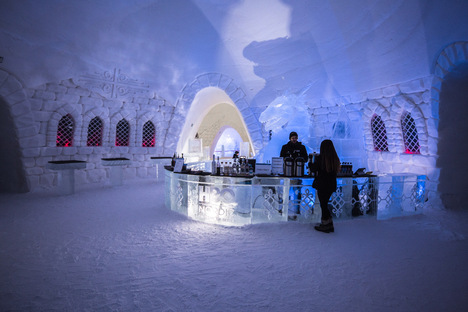 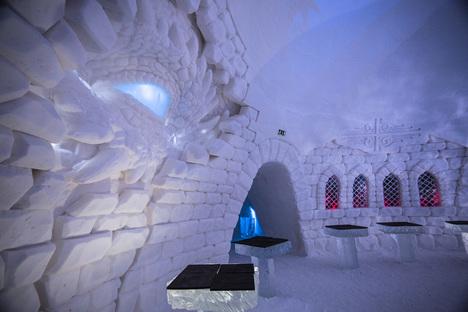 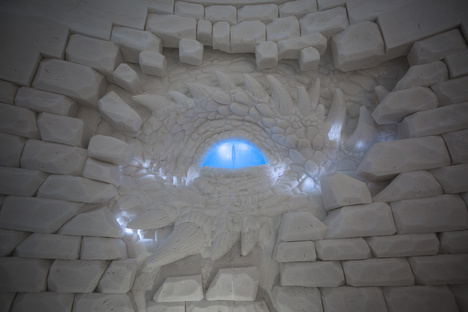 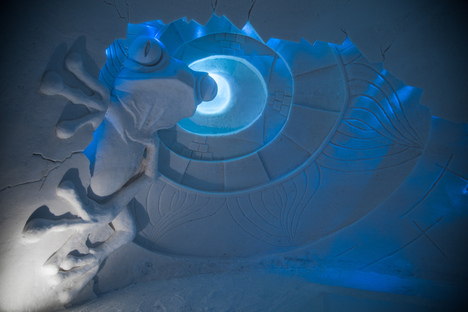 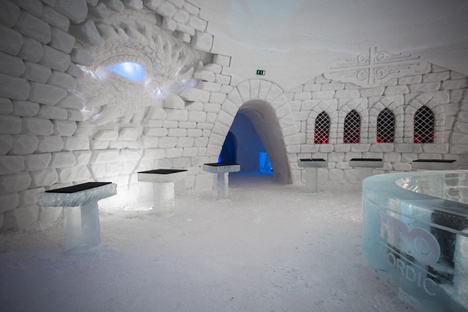 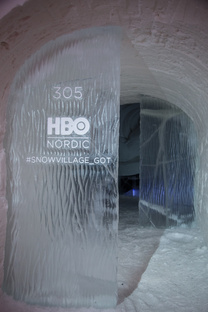 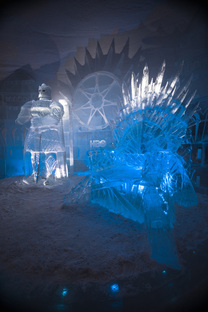