We have been following Solar Egg since its first installation in Kiruna in 2017; the artwork was designed by Swedish artists Bigert & Bergström for the property developer Riksbyggen and it has now arrived at the famous Icehotel in Jukkasjärvi, rebuilt every year using the ice from the Torne River. The contrast between ice and heat is an initiative designed to focus on the problems of global warming. 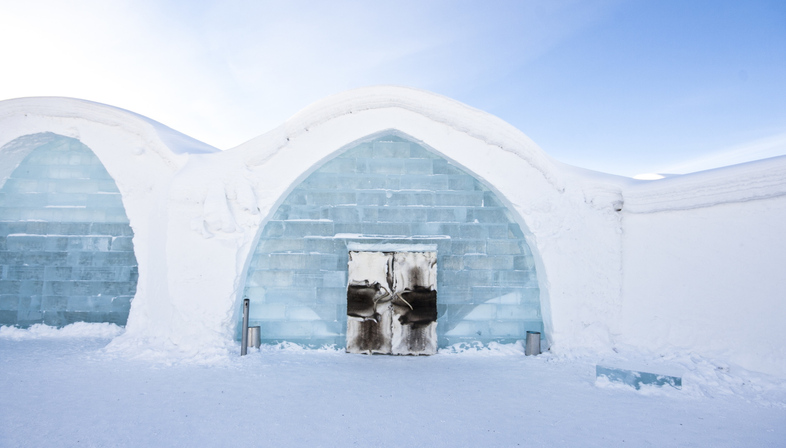 Solar Egg is an artwork-cum-sauna crafted by Swedish artists Mats Bigert & Lars Bergström. It was built for the first time in Kiruna in Spring 2017, to mark the start of construction of 250 houses by the property developer Riksbyggen in Malmfälten, northern Sweden after the nearby town of Kiruna was forced to completely relocate to escape subsidence from the iron-ore mine. Since then Solar Egg has become a worldwide phenomenon, visiting Paris, the USA and Copenhagen. In Sweden, the egg-shaped construction was exhibited in Stockholm and Björkliden in Lapland, Gällivare, Kiruna and Rättvik in Dalarna.
And now, Solar Egg will be at the famous Icehotel in Jukkasjärvi from March to May 2020. The village of Jukkasjärvi is 200 km north of the Arctic Circle, in the magical light of the midnight sun and northern lights, just 20 minutes from Kiruna. The first and largest hotel in the world has been built from snow and ice for the last three decades and is reincarnated every winter with a brand new look. So in late November-early December every year, the empty space on the banks of the Torne River - at 520 kilometres the longest and northernmost river in Sweden - is transformed into an ice and snow hotel accommodating guests with twenty standard ice rooms and fifteen art suites, individually themed and hand carved, all with a unique design.
Icehotel works only with naturally grown ice which has been allowed to grow at its own pace and is available right on the hotel’s doorstep. The amount of wastage and emissions is kept down as there is no need for the ice to be transported from the production source to storage, and any ice that is not used is returned to the river again.
Clearly, ice and snow are crucial to such an undertaking, and unfortunately, the Arctic is one of the fastest-warming regions in the world with global warming having a heavy impact on the ecosystem.
From March to May 2020, visitors to the Icehotel in Jukkasjärvi can enjoy a sauna in the multi-award-winning Solar Egg by Bigert & Bergström. Bringing together the warmth of the sauna and the ice of the Icehotel to focus on climate change and on the part that humans are playing in the world’s rising temperature and its effect in the Arctic.
Solar Egg, which is 5x4 metres high, has a shell of gold-plated stainless steel that reflects the city and surrounding nature. The self-supporting shell consists of 69 gold plates that are removable, making the construction mobile. Inside, the sauna is heated by a wood-fired burner in the shape of a heart.
The egg will be added to the Icehotel’s facilities from 2 March to 15 May, harmoniously blending into the Torne River context on the exact site where a small art gallery, which was the forerunner and inspiration for the Icehotel, was built in the village of Jukkasjärvi in 1989. A permanent facility was opened in 2016, offering visitors a chance to sleep surrounded by snow and ice art all year round – with the help of solar energy that is basically on tap in Summer, even at midnight, to reduce the impact of humans on the arctic environment. 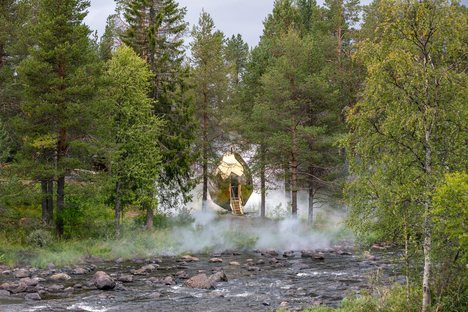 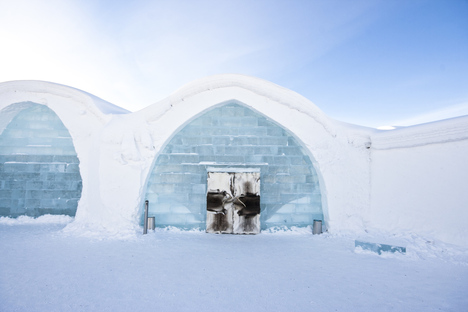 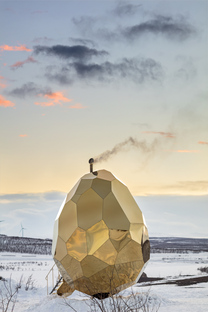 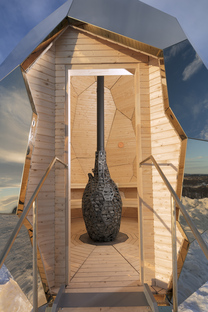 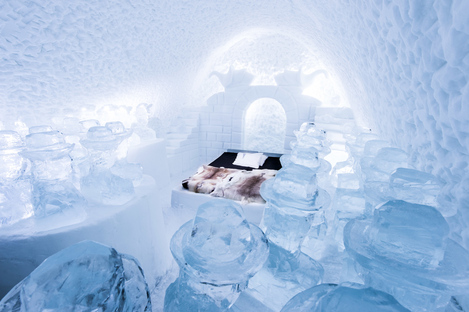 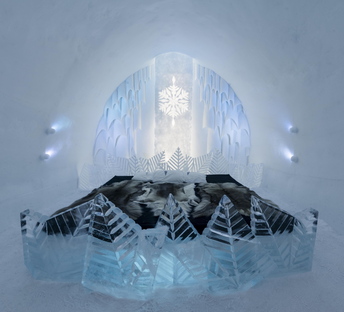 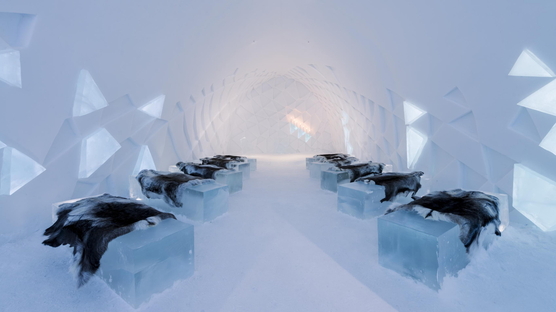 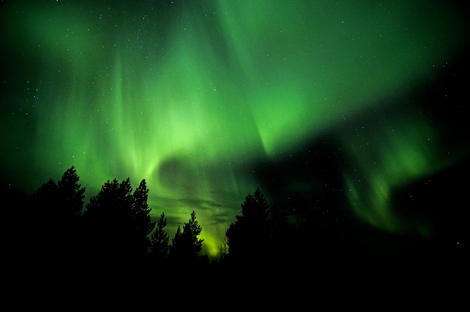 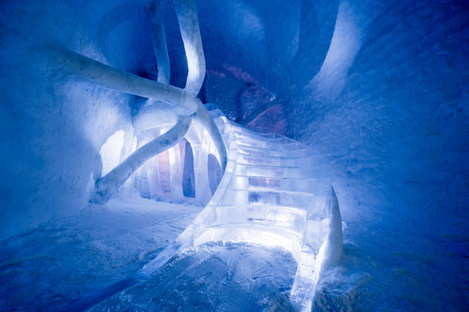 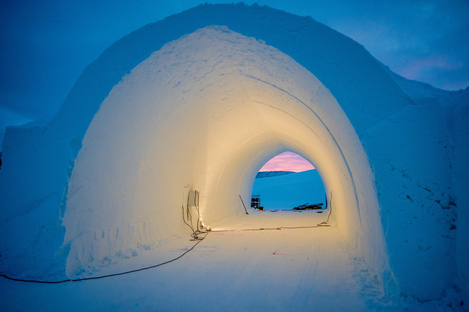 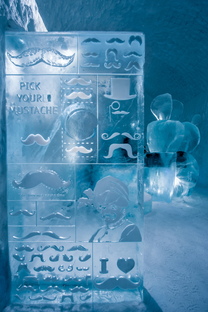 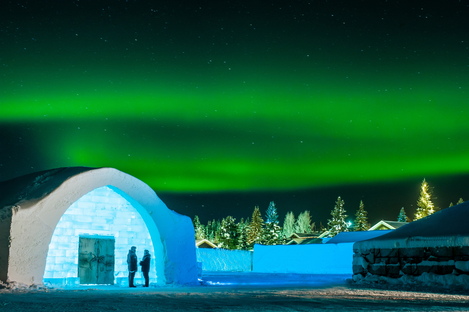 SnowVillage Finland, Game of Thrones made of ice

Solar Egg, a sauna for the urban transformation of Kiruna, Sweden