China is moving forward in leaps and bounds but it is also building to preserve the memory of the past.

China is moving forward in leaps and bounds but it is also building to preserve the memory of the past. This is the case in Shenzhen, where the Shenzhen C Future City Experience Center by CCD/Cheng Chung Design is reminiscent of the old fishing village of Shangsha, now incorporated into the megalopolis.


Nowhere in the world is urban development progressing as quickly as in China. As we can see from the projects we publish on Floornature, the past is going through something of a renaissance and an attempt is being made to restore or at least preserve some of its architectural traces.
Which is what's also happening in Shenzhen, one of the fastest growing cities in the world (UN sources) with over 12 million inhabitants in the Pearl River Delta and a total population of over 45 million. Formerly a collection of fishing enclaves, it is now reinventing itself and one of the fishing villages incorporated and developed as part of Shenzhen is Shangsha, which is witnessing the rise of C Future City. CCD/ Cheng Chung Design was commissioned to design the Shenzhen C Future City Experience Center near the new Shangsha station on metro line 7. The studio decided to base its project on this old fishing village, building on that concept to incorporate the emotional echo of the past. The new Future City Experience Center is basically a centre for the off-plan sale of apartments but it is also a leisure facility where young people who are working hard in the CBD of Futian district can get out of the workplace and let themselves go.
The design team from Hong Kong-based CCD/ Cheng Chung Design drew inspiration for their idea from a famous romantic poem by the acclaimed poet Li Bai (701-762) in the Tang Dynasty describing an imaginary scene of a Mirror Lake and the stone gate of a great cavern. Places that the designers have revisited in the large structure to create a kind of wonderland, a dreamlike space where the architecture and interior design enfold the visitors with references to classic Chinese gardens. Stepping into the sunken courtyard with its mirror of water reflecting the sky, transitioning through the various functional areas and moving onto the choice of materials used, such as pale stone, bamboo grilles and white glass, the over-arching sensation is one of relaxation and Zen philosophy.
Considerable consideration has been accorded to the greenery. The CDD studio left a space between volumes B1 and B2 to grow some plants that conjure up an old banyan tree, considered to be the totem that carries the history and memories of the village. New green plants sprout out of level B2 and grow upwards, bringing a natural feeling to the manmade structure. It is these natural elements that underpin the purely oriental imprint of this rarefied space, which becomes a constructed invitation to abandon ourselves to contemplation.
The architecture by CDD ends up being a powerful tool for architecture storytelling and, in line with the name of the structure - Shenzhen C Future City Experience Center - delivers an experience as well as a physical space. An experience that is also emphasised by the skilful addition of artworks to the interiors. 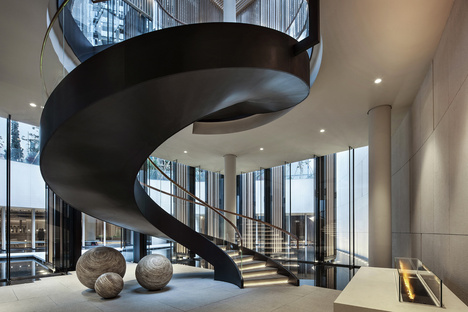 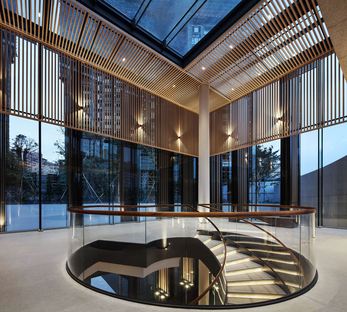 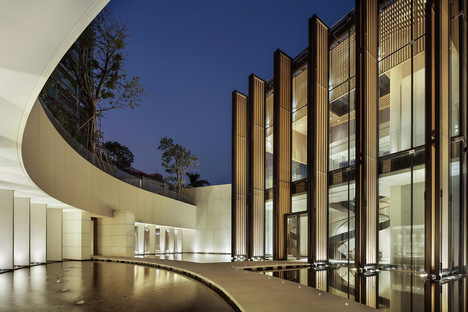 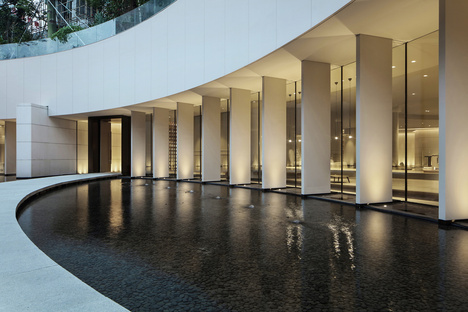 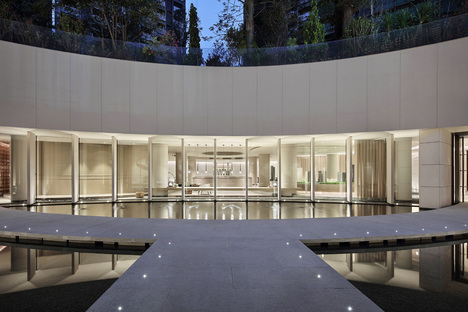 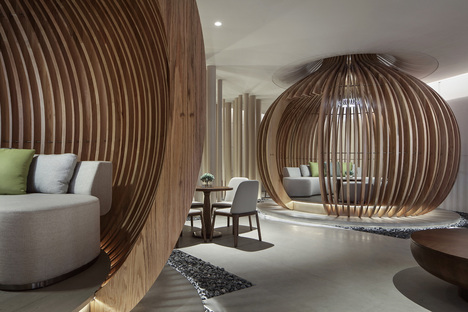 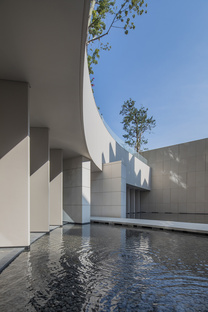 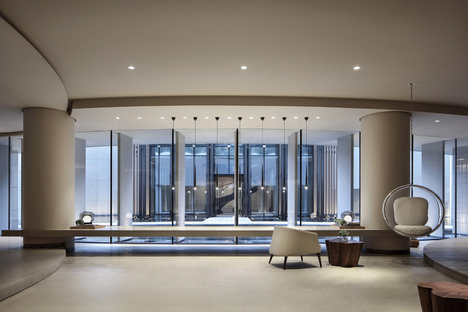