The S K U L L creative studio in Prague has been invited to take part in Concéntrico, the famous International Festival of Architecture and Design in Logroño, Spain, to create an installation on a site where a new technology centre designed by Kengo Kuma will soon be built. Prior loosely connects observations from the neuroscientific disciplines in the practice of designing play installations. 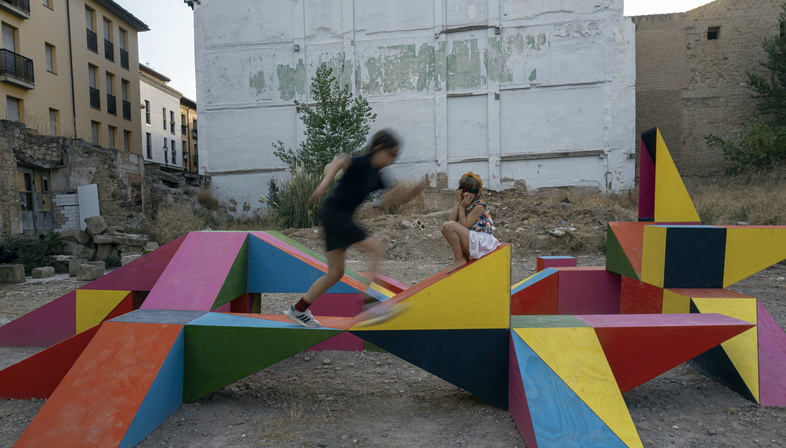 A site in Logroño, Spain, has been transformed on the occasion of the Concéntrico International Festival of Architecture and Design which, since 2015, during the first week of September, aims to reflect on the city and on its urban environment. This year, the usual focus of the Festival has been expanded to explore new urban practices: places that emerge from constant listening, to continue to generate debates that contemplate the city.
In other words looking at the new fabrics and spaces in transformation, one of which is a site inside the old town, with its narrow streets, adjacent to the church of Santa Maria de Palacio, where the works for the construction of a new technology centre designed by Kengo Kuma will shortly get underway.
Here, the S K U L L studio based in Prague, founded by award-winning sculptor Matej Hajek and by conceptual photographer Bet Orten, specialised in the creation of playgrounds, playscapes and spatial interventions, has created the colourful Prior installation. A Technicolor playscape, inserted on the plot already freed from any pre-existing elements, "with the targeted intention of stimulating different functions of the human physical and mental apparatus", as S K U L L’s creative minds explain.
The project, in fact, starts from the fact that "research into learning processes has produced the findings that the effectiveness of learning is multiplied when it takes place outside of the comfort zone", as we read in the press release. Hence the decision to solicit and challenge the visitor with the so-called "prediction error", concept on which the installation’s name, "Prior ", is also inspired. As the artists explain: "The human brain orients itself within space on the basis of priors, which can be conceived as points of anchoring that the senses pick up on – vision, hearing, touch, etc. Prior then forms the foundation for the development of a predictive model. A predictive model is a conception of a state of the physical world. Should a discrepancy arise between the conception and the actual state, then we refer to a "prediction error"".
And this is precisely the purpose of the colourful artificial landscape created by S K U L L. On this plot of land in transition in Logroño, nothing has been defined, as we wait for the new intended use to be determined. The empty space was thus temporarily invaded by the colourful elements created by the artists with wooden and steel supports and a wood fibre panel cladding. A temporary use conceived to arouse curiosity and the desire to explore, thanks to the chromatic composition of the work. The irregular rhythm of the arrangement of full and bold colours creates a strong vibration, which almost overwhelms the eyes. Adding an extra layer to the chromatic narrative, colour filters can be used to further change Prior’s effect.
In addition to the S K U L L Studio, the Concéntrico 08 Festival also saw the participation of architects and designers including Konstantin Grcic, Matali Crasset and Rintala Eggertsson Architects. The Festival is organised by the Cultural Foundation of Architects of La Rioja together with Javier Peña Ibáñez, promoter of the initiative, in collaboration with the Municipality of Logroño, the Government of La Rioja, Garnica and Bodegas LAN and with the support of over 30 local, regional, national and international institutions, bodies and companies. 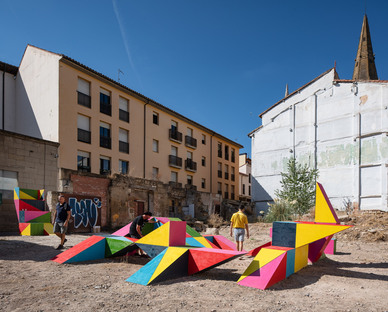 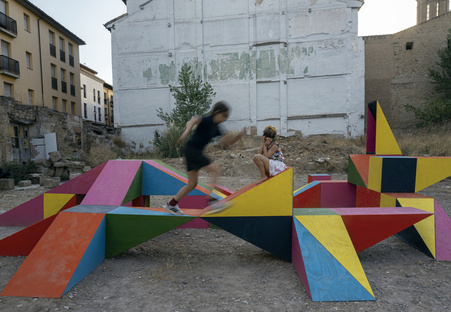 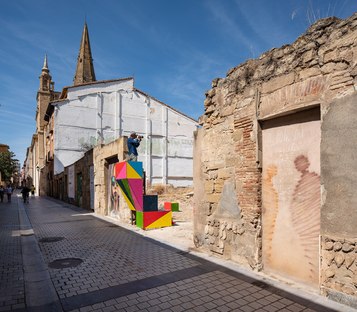 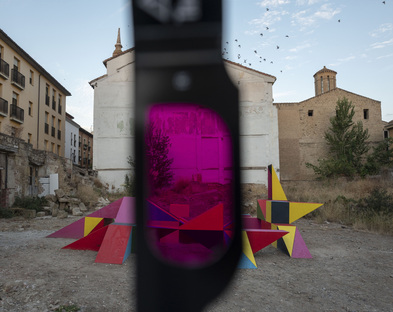 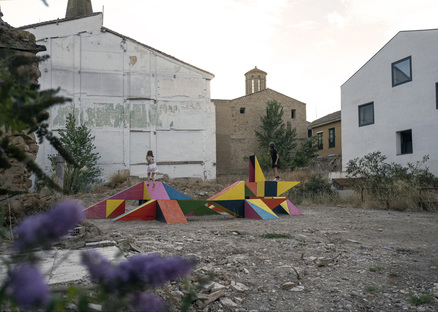 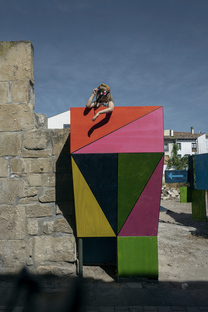 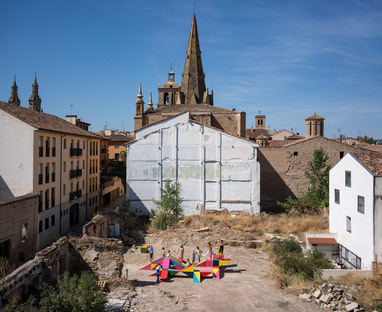 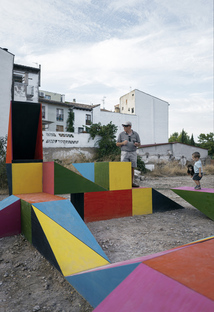