Qingdao, in the eastern Chinese province of Shandong, is a port city on the Yellow Sea. 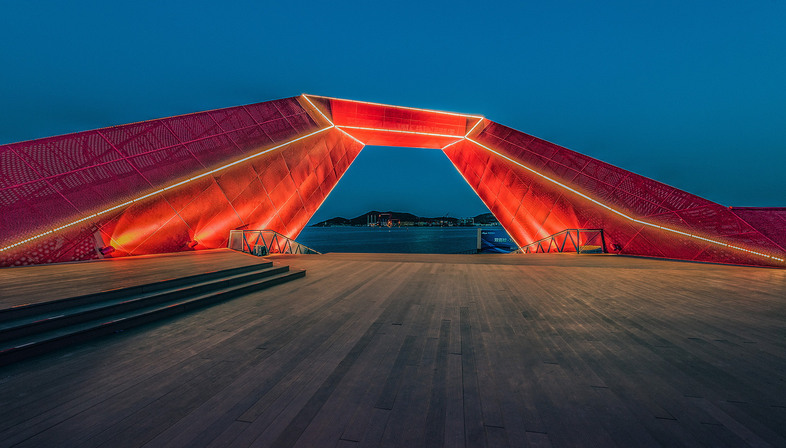 Qingdao, in the eastern Chinese province of Shandong, is a port city on the Yellow Sea. This megacity with a population of about 10 million now has a new landmark, the Qingdao Wanda Victoria Bay Xifeng Bridge. The architectural design is by Shenzhen-based PT Architecture Design and the landscape design is by PT Landscape.


The Qingdao Wanda Victoria Bay Xifeng Bridge is a new landmark in Qingdao, a major port city on the Yellow Sea in eastern China, as well as the site of the historical Tsingtao brewery, founded in 1903 and now China's second largest brewery and the sixth largest beer producer in the world.
The cityscape of this megacity in Shandong province has a new architectural and landscaping construction designed by PT Architecture Design and PT Architecture Landscape based in Shenzhen that culminated in the building of the Qingdao Wanda Victoria Bay Xifeng Bridge, which is both an infrastructure and a 5,000-square-metre urban park.
The bridge design reflects the image of a phoenix preparing for flight. In Chinese mythology, the legendary phoenix, Feng Huang, is an auspicious bird and a symbol of peace. The Oracle of the "Feng" is identical to that of the wind, with its ubiquitous and spiritual power, while "Huang" stands for "emperor" in Chinese, so it means the supreme power. Therefore the phoenix is also the symbol of Chinese imperial power and is usually coupled with the dragon, which is a symbol of luck and harmony. If you add to these concepts the positive implications of the bridge in all civilizations, this new structure is a truly powerful urban feature, clearly visible also due to the choice of red combined with wood.
Red is a symbol of passion, vitality, willpower, fire and strength, as well as representing a good omen in traditional Chinese festivals and celebrations. In contrast, wood is a symbol of steadfastness and warmth, imparting a “back to basics” impression. The structural form of the phoenix and it's dynamic lines aided by the granite paving, combine to create a simple, cosy and modern ambience for the waterfront promenade. Various irregular-shaped plant beds are featured, alongside greenery and street furniture.
The designers also reference Chinese tradition in the design of the space underneath the bridge, using the "auspicious clouds" motif, which implies symbiosis, harmony and inclusiveness. Since antiquity, mythological creatures have been depicted with their feet planted on auspicious clouds.  The bridge piers have been clad in ceramic mosaic tiles that are reminiscent of Antoni Gaudi's creations in Barcelona. An almost organic design solution that not only embellishes the space under the bridge but also underlines its connection with the coastline.
So, despite its contemporary look, the Qingdao Wanda Victoria Bay Xifeng Bridge is closely tied to Chinese tradition, an urban act that we can only call a good omen! 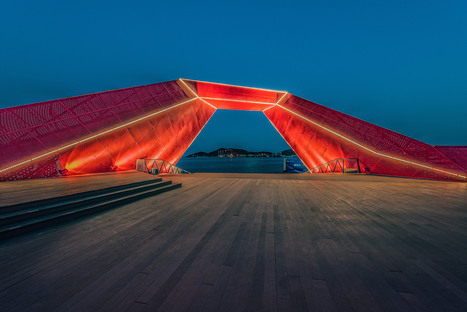 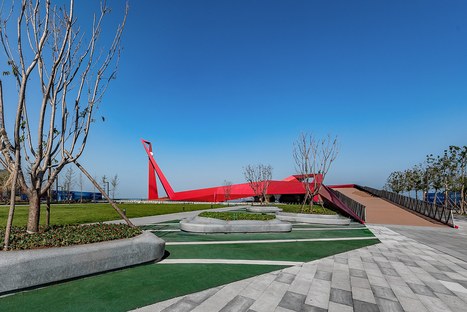 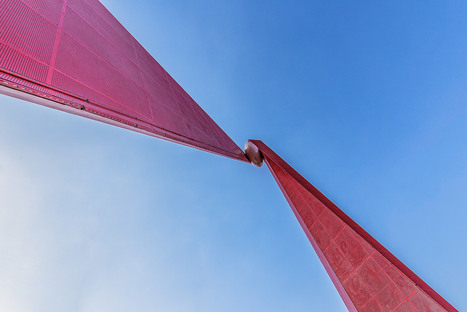 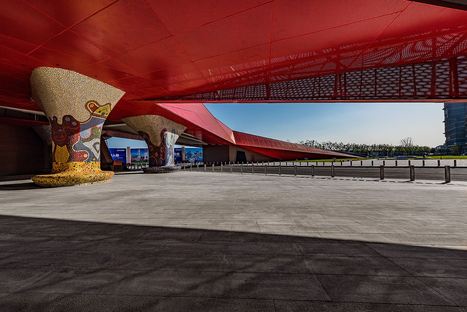 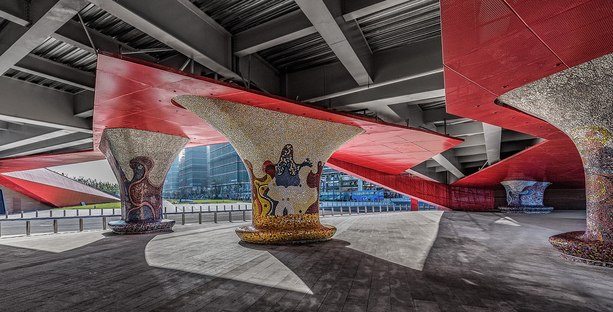 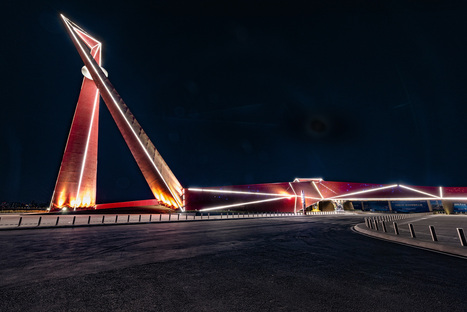 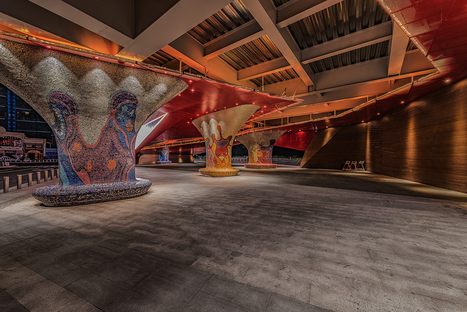 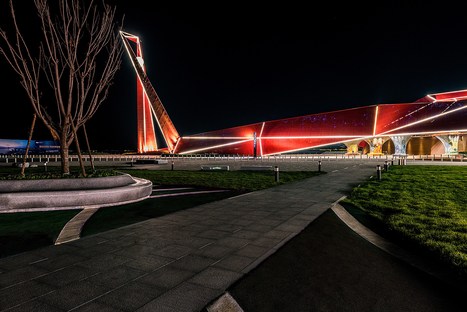 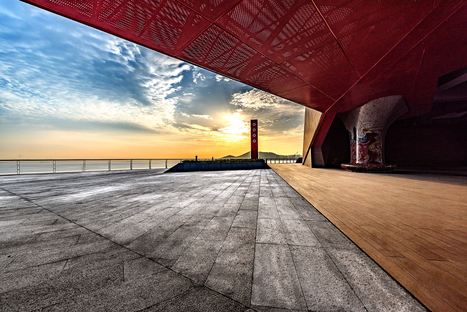 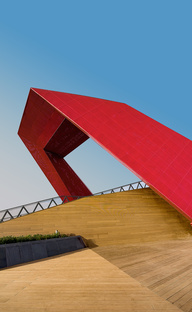 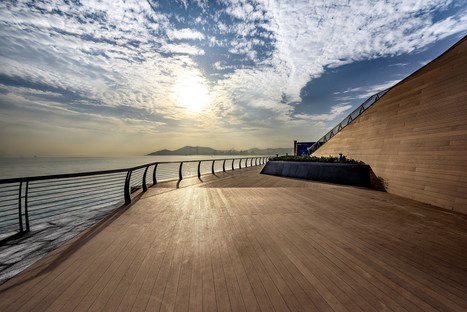 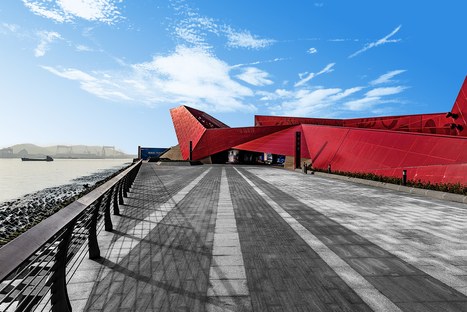