Pegasus Trail, a project by Shanghai firm 100architects located in the city of Chongqing, offers a new type of public space that they have dubbed an "urban toy". This is an urban playground for the use of the city and all its citizens, regardless of age, which aims to foster new interactions in the Chinese megalopolis. 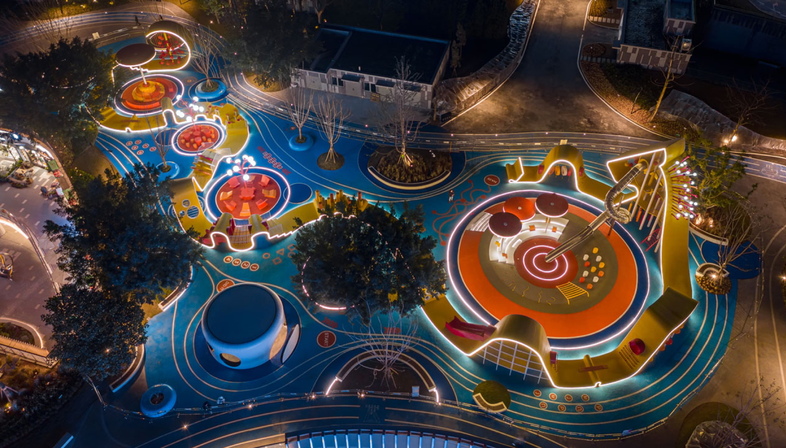 Chongqing is a metropolis in southwestern China which sits at the confluence of the Yangtze and Jialing rivers, with a population of over 34 million. This is the setting for the Pegasus Trail project by 100architects, the Shanghai-based firm founded by Marcial Jesús and Javier González. A brightly-coloured playground which, according to the designers, constitutes "a new milestone in the typology of urban public interventions at neighbourhood scale". Indeed, this novel type of intervention - implemented on a medium scale, within a limited area - has an impact upon both its immediate urban surroundings and the urban dynamics of the entire neighbourhood, becoming an urban landmark and local attraction for social interaction.
The Pegasus Trail, which is named after the mythological flying horse, falls into the category of "urban toys", and is the result of a blend of different tactics ranging from playgrounds to landscaping. The main objective of this new type of project is to pique the public’s interest in the place, attracting people with its bold visual impact. It is usually a permanent fixture, encouraging an increase in public footfall and eventually becoming an urban landmark. It also serves to foster important human dynamics, including commercial activity.
The design of this multifunctional playground is inspired by equestrian sports, hence the name Pegasus. The mythical winged horse metaphorically leaves a magical yellow trail behind him in this project, winding its way around circular mini-plazas where adults and children alike can relax. In other words, places designed for social interaction. The equestrian influence continues, however, as the design of the Pegasus Trail itself is based on a challenging obstacle course which users can climb, clamber and slide their way through, effectively turning the playground into a ‘Play Route’. Indeed, it has been designed as a playful course of challenging activities distributed along the path of the yellow ribbon, which help to develop and challenge the physical abilities and cognitive skills of those who take it on.
The Play Route has been split into different sections with levels of complexity corresponding to different age groups. This way, we have an easier level of complexity in playful components for kids from 3 to 6 years old at the horse’s tail. This gradually increases as it gets closer to the horse’s head, presenting bigger challenges for kids from 6 to 14 years old.
Finally, the bright and intense yellow colour chosen for this project is an energetic hue that quickly grabs the attention of passers-by, evoking a sense of happiness, vitality and optimism: just what we need in these dark times!
Overall, then, the Pegasus Trail by 100architects attracts both young and old, day and night. The nighttime effect is particularly flattering, enhancing its serpentine profile with warm LEDs embedded in both edges of the ribbon, whilst others in the ground mark out the perimeter of the circular seating areas for something of a fairytale effect, bringing the location to life, even in the evening. All in all, the Pegasus Trail is a place for people to rediscover a social dimension that has fallen away in recent times. 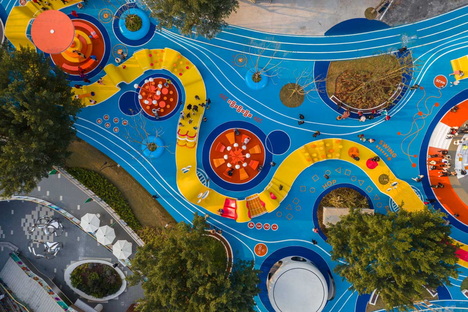 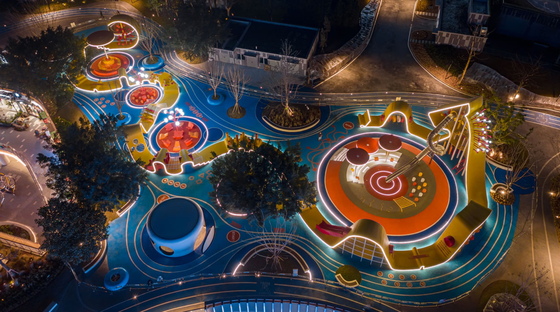 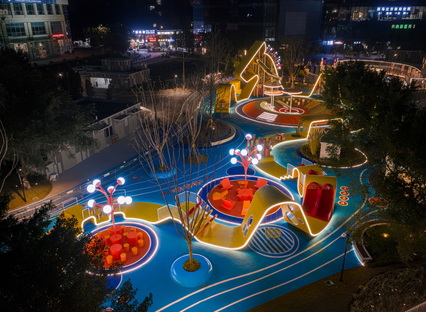 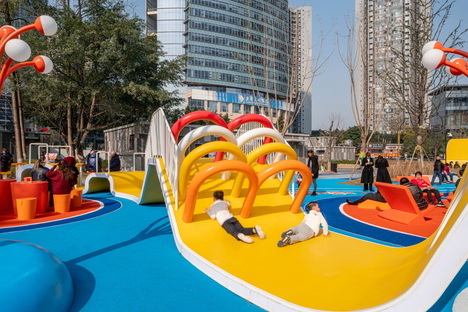 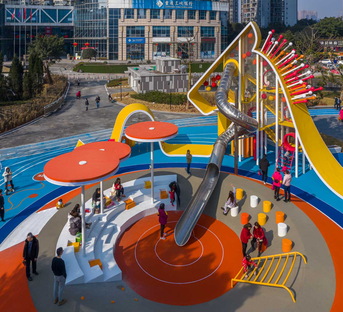 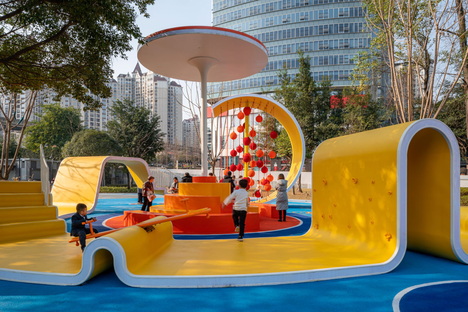 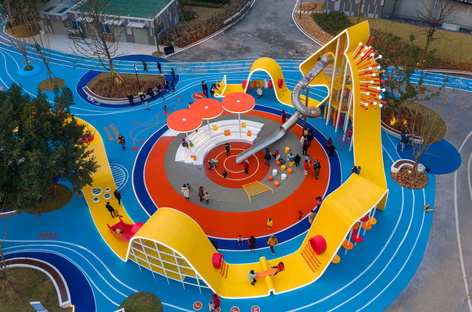 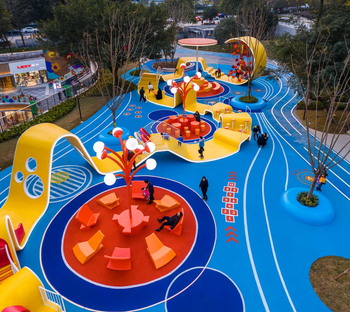 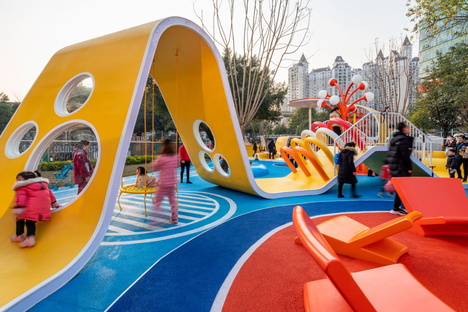