Opat Architects and the refurbishment of Edgewater Towers, Melbourne 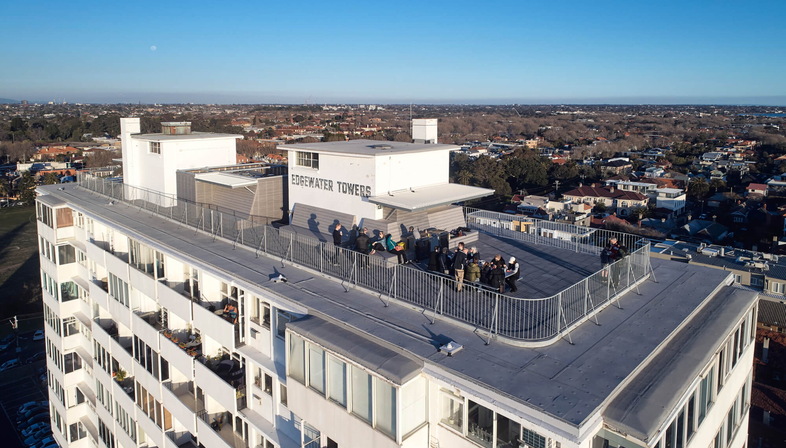 
More and more often on the pages of Floornature, we are seeing that there aren't all that many new builds, especially in cities because they already have a legacy of existing buildings, particularly from last century. This makes restoration and redevelopment projects more common, which in turn means wasting fewer resources both in terms of construction material and land.
One example of this approach is the detailed redevelopment project by Australian firm Opat Architects for one of the architectural icons of post-war modernism in Melbourne, which is thirteen storeys high and has splendid views of Port Phillip Bay: Edgewater Towers.
The building was originally designed in 1959 by the architect Mordechai Benshemesh, who had designed a number of buildings in St Kilda, Victoria and Elwood; this was Melbourne’s first, privately developed high-rise apartment block. When it opened in 1961, it was also the state of Victoria’s tallest building.
Mordechai Benshemesh based his design on the concept of luxury housing that was convenient to all amenities and with fantastic bay views, on the one hand, and higher-density living on the other. With that in mind, he conceived a 44-metre high, 46-metre wide and 13-metre deep, elegant apartment block, originally containing 100 flats with shops, a restaurant and offices on the ground floor.
Of course, across more than half a century the structure has gone through many changes. One of these was the conversion of the ground floor restaurant into a three-bedroom flat in the mid-1980s, standing out from all the other Edgewater Towers flats that only had one or two bedrooms. The lobby has also seen its fair share of change, where a kiosk (planned but never operated) was replaced by bicycle storage in the 1990s. But the saddest change to occur was on the roof, which Mordechai Benshemesh had designed as a common, accessible rooftop area where residents could enjoy the sun and views. It was closed to residents for more than a decade, depriving them of this delightful outlet.
The work of the award-winning local architect Rowan Opat and his studio served to restore this modernist architecture to its original communal function and dimension. So Opat Architects refurbished the elevated lobby that captures bay and park views, introducing an accessible entry and returning it to its former glory. The lobby also features a curved wall of Castlemaine slate, terrazzo flooring and columns of blue and pink mosaic glass tiles.
But the real highlight of the project is the reopening of the Edgewater Towers rooftop to the residents so they can again experience the stunning views over Melbourne's Port Phillip Bay from the 13th floor. An exceptional panorama that residents can once more enjoy, thanks to the new raised concrete pavers and adjustable pedestal flooring system, the chain-link balustrade, fixed tables and bench seating, electric BBQ facilities and fixed shade canopy overhangs designed by Opat Architects. 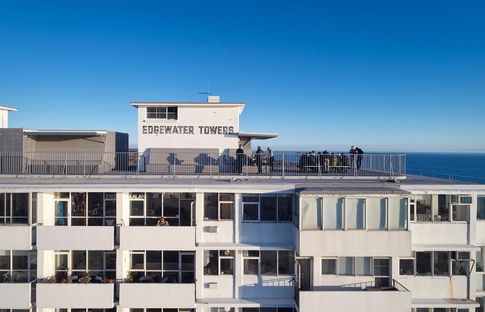 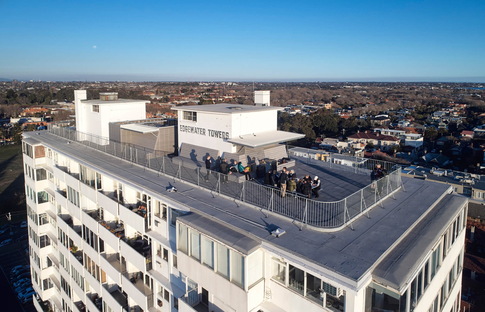 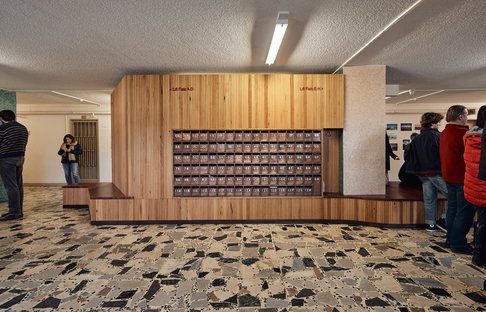 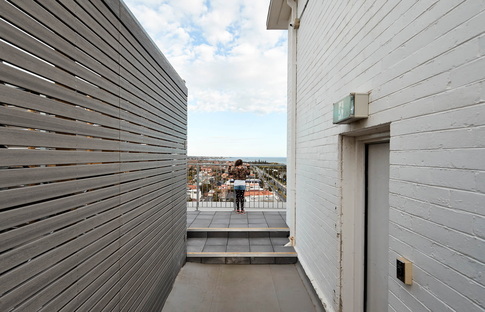 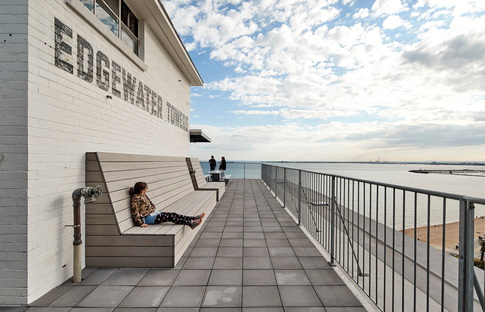 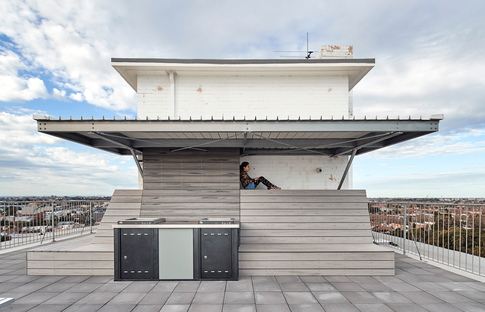 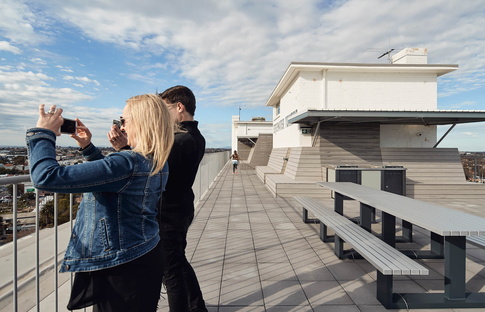 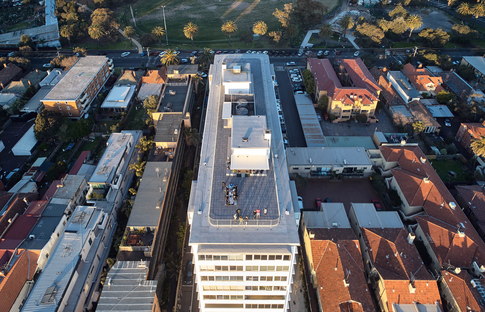 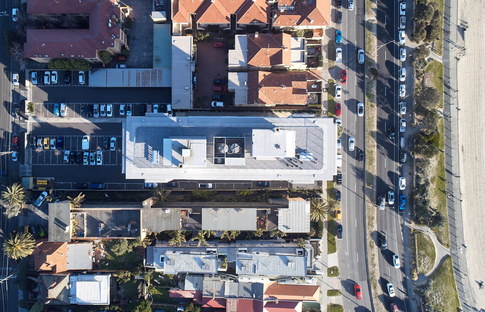 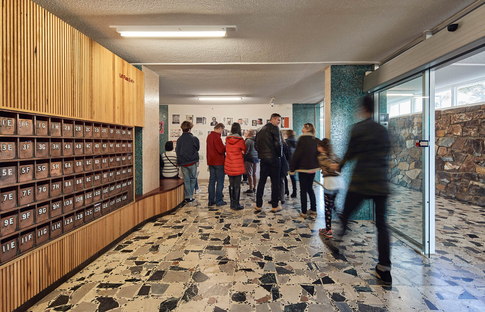 The Link by Make Architects, placemaking in Melbourne