To celebrate the 500th anniversary of the Fuggerei in Augsburg, Germany, the world’s oldest social housing complex, studio MVRDV has designed a CLT pavilion based on the dictates of the circular economy. Inside is an exhibition about what goes on at the Fuggerei and a vision for its future, also curated by MVRDV, suggesting three proposals for helping people in need live dignified, self-determined lives. 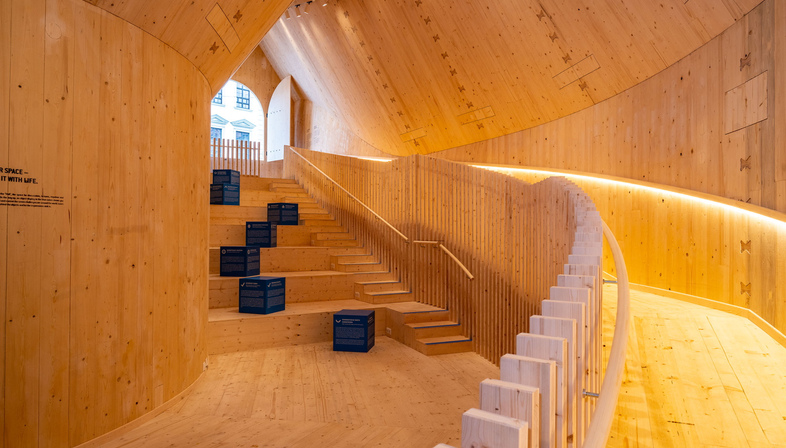 For more than 500 years the Fuggerei, founded by Jacob Fugger, a merchant of Augsburg, in Bavaria, in 1521, has provided needy people with housing, a shelter and an opportunity to live dignified, self-determined lives. About 150 people now live in the 67 terraced houses with 140 apartments donated to needy citizens for "all eternity". In exchange for three prayers a day and 88 cents of annual rent, plus expenses, people can live in a beautiful, well-cared-for place where handcrafting and love of detail make all the difference. According to the deed of foundation, the Fuggerei must continue to exist forever, and be expanded if possible. Jakob Fugger’s successors have been fulfilling this responsibility since 1521, maintaining and even expanding the Fuggerei despite all the great crises of the last five hundred years.
Hence the Fugger Foundation’s intent of celebrating their 500th anniversary with an exhibition pavilion in front of Ausburg town hall, where an interactive exhibition introduces visitors to the Fuggerei and the elements of which it is constituted, the social challenges it responds to and speculation as to possible Fuggereien of the future, for the next 500 years – hence the title NEXT500.
The pavilion designed by Dutch studio MVRDV is a long, narrow gabled building inspired by the long row houses of the Fuggerei. One end of the pavilion is curved and raised, with an 8.5 metre cantilever, in a gesture suggesting its role in view of the Fuggerei of the future, in Augsburg and all over the world, containing stands for conferences, debates, workshops and other cultural events.
According to the note for the press, the cross-laminated timber construction pushes “the boundaries of modern CLT technology with its eight-metre cantilever and double-curved elements”. The architects explain that “sustainability played a critical role in the selection of this structural approach: wood stores carbon instead of releasing it into the atmosphere.” Opting for CLT allowed them to create a light, modular structure that can easily be taken apart and put back together elsewhere, on the basis of the principles of the circular economy. The timber comes from forests owned by the Fugger family.
For the exhibition on the "Fuggerei of the future”, MVRDV and the Fugger Foundation studied the existing site in Augsburg and sought to apply the concept of the Fuggerei, set down in a code and oriented toward sustainability with a focus on people, to our own times of housing shortages, climate crisis, social inequality and isolation. They came up with eight simple "building blocks" forming the basis of a system for new Fuggerei buildings that may be adapted to different locations all over the world, mirrored in the layout of the pavilion itself, which is divided into eight separate spaces.
The speculative part of the exhibition, also curated by MVRDV for the Fugger Foundation, asks interesting questions about how the Fuggerei model could be adapted in three different places. From Augsburg itself, in a new project with an educational focus for self-fulfilment and independence, to northern Lithuania, addressing poverty among seniors and assistance facilities, and to a remote village in Sierra Leone, Africa, concentrating on economic development and helping the village achieve economic independence.
The pavilion inaugurated last weekend in a ceremony attended by Ursula von der Leyen, President of the European Commission, is open to visitors until 12 June 2022. 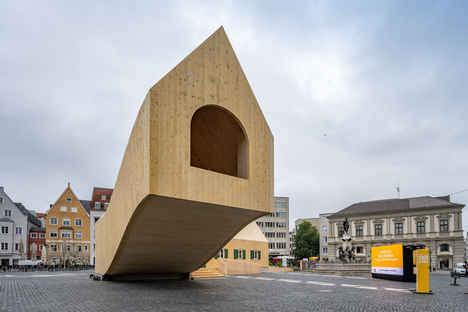 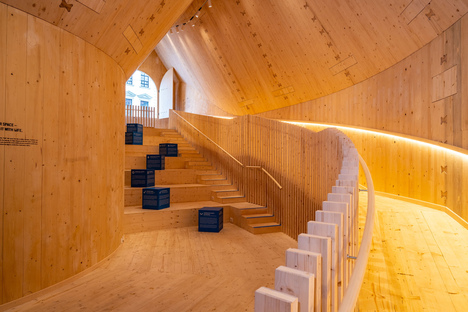 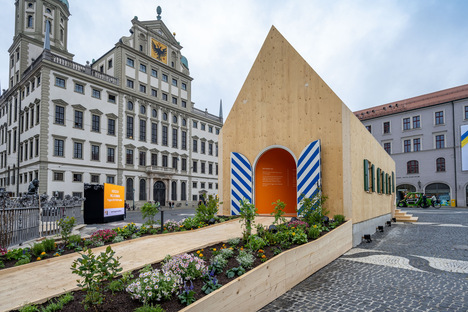 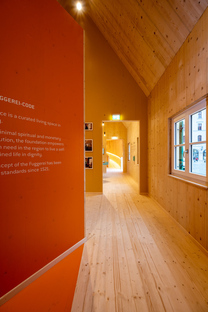 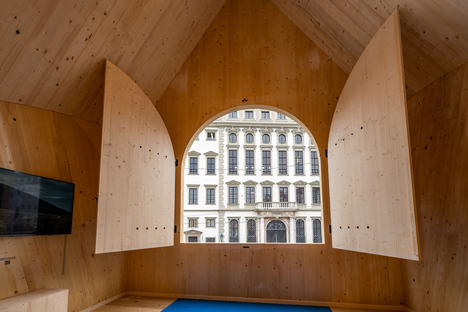 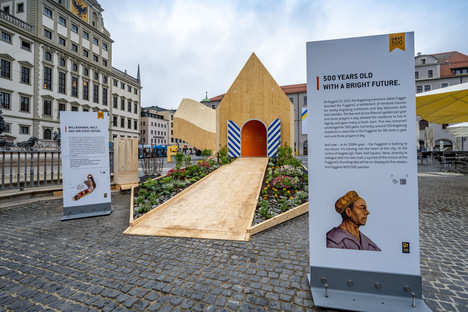 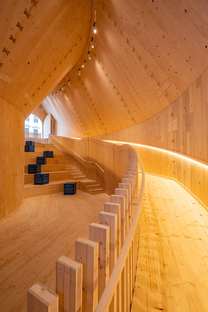 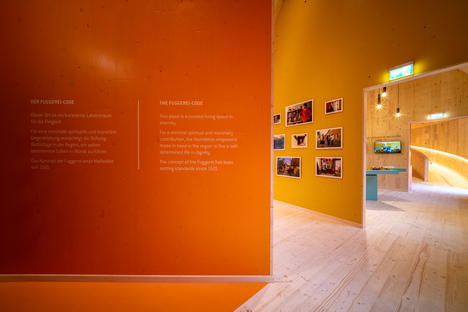