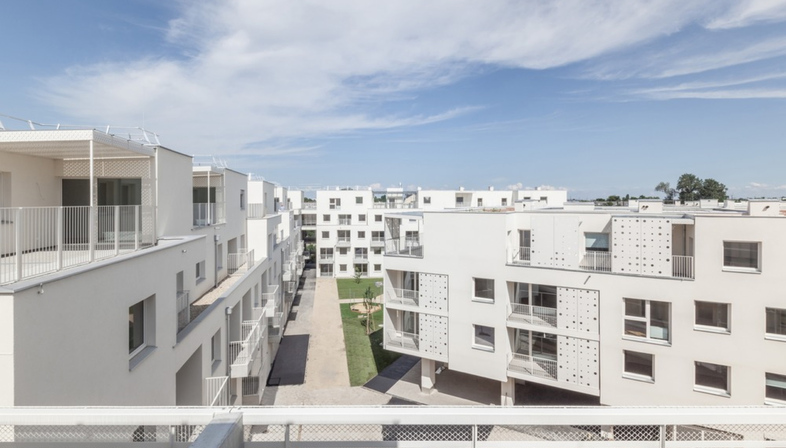 The Austrian architect Nerma Linsberger has won the American Architecture Prize 2017 (Social Housing category) with her project called Mühlgrund. A U-shaped complex with a total of 142 subsidised rental apartments that hasn't cut off its ties with the location's rural past.


The Mühlgrund project refers in name but also in its formal aspects to the times when the Danube River was less constrained and trade flourished here. It is located in the Donaustadt district of Vienna, which has been undergoing intense building development for years.
A mix of architectural styles where the result of the real estate competition with the Österreichisches Siedlungswerk (ÖSW) won by Nerma Linsberger, architect and owner of her namesake architecture firm based in Vienna since 2010, creates a truly peaceful and balanced point of reference.
The white, introverted structure of Mühlgrund II is a response to its heterogeneous surroundings: featuring apartment buildings around courtyards that construct a sequence of urban spaces, the complex has clearly defined edges on the north, east and west sides and opens up to the south. This connection with its surroundings is also emphasised by the larger and smaller openings and expanse of windows on the three closed sides. This means from the apartments you can both see and hear the horses grazing nearby.
The apartment interiors are much larger and taller than usual for social housing developments and also feature a changeable spatial structure and are accessed through the portico. This portico is recessed from the facade and together with the courtyards, it provides a community space for the complex, where people can meet, relax and interact.
Nerma Linsberger creates an almost Mediterranean feel - the only thing missing is the coloured laundry strung between the buildings. The white aesthetic of the Mühlgrund II complex gives its occupants a sensation of peace and tranquillity that is stressed by the continuous connection with manmade - but still present - nature, which won Nerma Linsberger the American Architecture Prize 2017 in the Social Housing category. 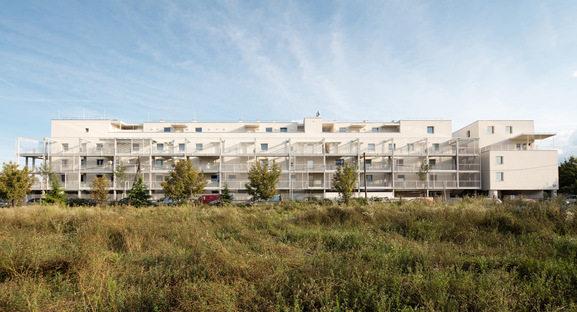 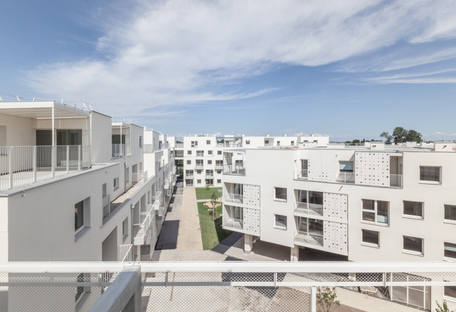 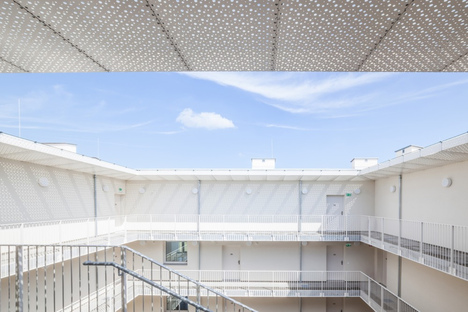 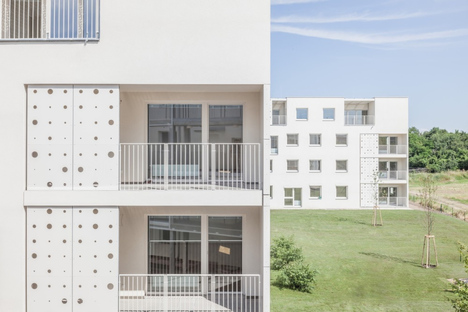 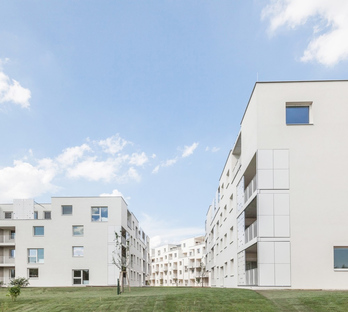 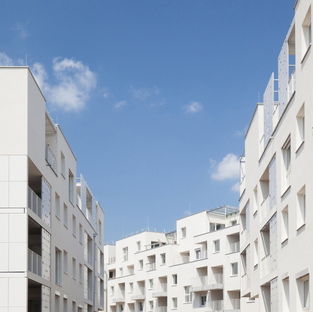 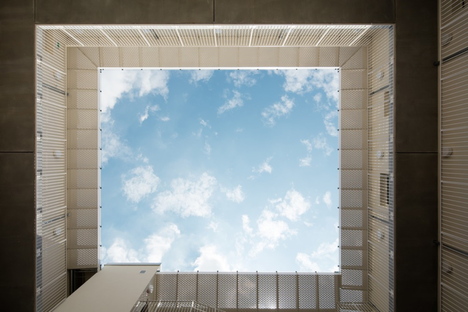 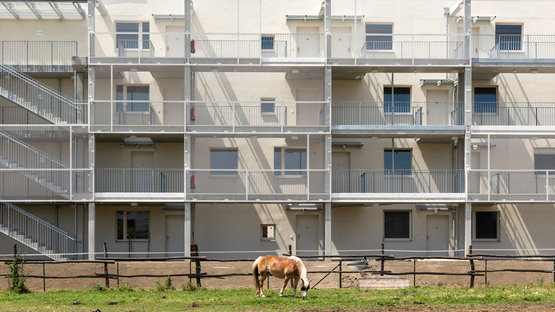 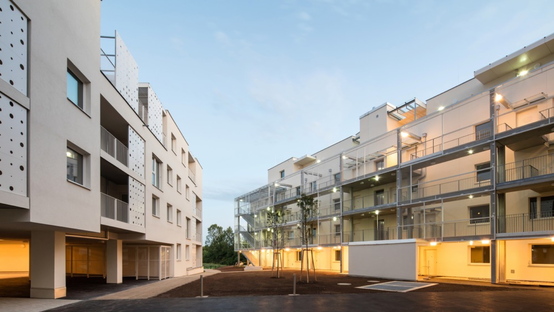 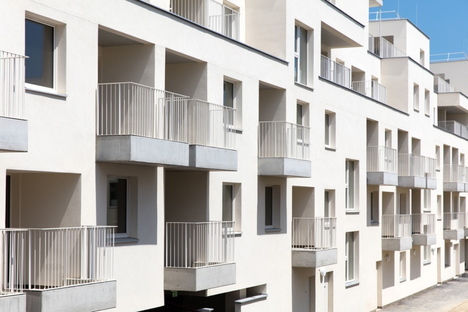 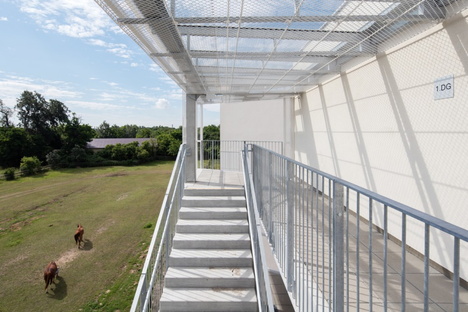 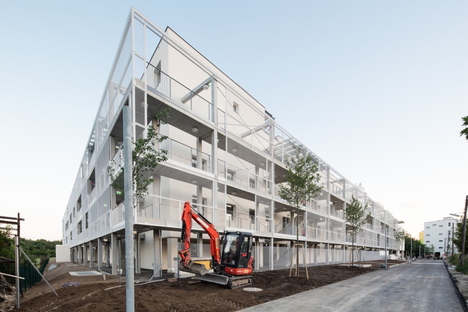 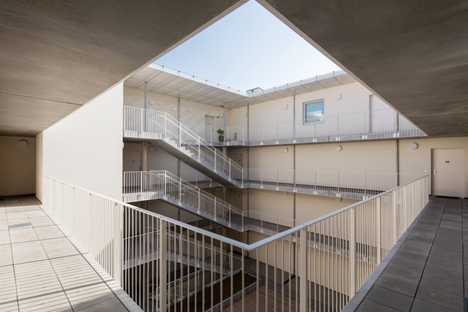 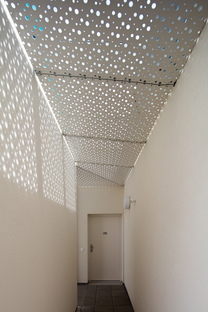 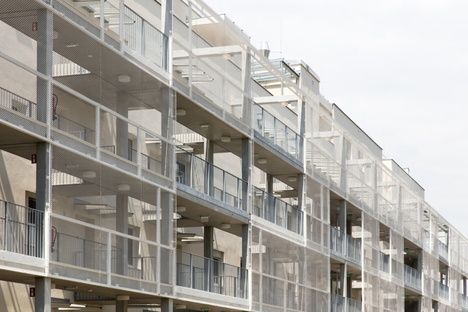 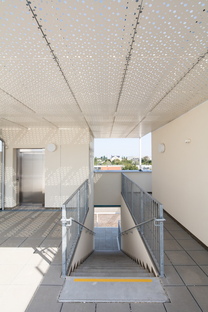