In London, Goddard Littlefair has completed a hospitality project involving seven listed Georgian buildings, all lovingly restored based on their historical setting, namely the dandyish design inspired by Oscar Wilde’s The Importance of Being Earnest. We often talk about beauty as one of the most fundamental elements in sustainable design. With this in mind, the latest project from Goddard Littlefair is a paragon of sustainability. A London-based firm with international experience and a global portfolio, Goddard Littlefair specialises in luxury interior design and was founded in 2012 by Martin Goddard and Jo Littlefair.
Despite the trials and tribulations of a complex year, with profound repercussions on the world of hospitality, Goddard Littlefair has managed to design interiors that are not just beautiful, but also truly stirring - fully-fledged refuges from the hardships of everyday life. The complex includes seven listed buildings from the Georgian era, carefully chosen by London and Regional - owners of Iconic Luxury Hotels - in which the company has created The Mayfair Townhouse: the brand’s fifth luxury hotel which overlooks Half Moon Street and which opened last December.
Goddard Littlefair was invited to restore and bring together the interiors of these seven terraced houses, part of Old Mayfair, recreating their Georgian spirit but tinged with a contemporary vibe, as a mere historical reconstruction would not have been in line with its intentions.
In this vein, the true revelation which prompted the designers to spread their wings was that the terraced houses were once home to Oscar Wilde, as well as the setting for his most famous work: The Importance of Being Earnest. As such, the inspiration for this project was Wilde himself, along with his contemporaries and the dandies’ Aesthetic Movement, which celebrated beauty and design as a reaction to the ever-advancing Industrial Revolution. Jo Littlefair, co-founder and director of Goddard Littlefair, shared her thoughts on the movement: “They also led a rich and indulgent lifestyle, being provocative in order to court controversy. The design we pursued for the Townhouse married Old and New Mayfair, with a layer of 1920s extravagance”. And so, thanks to the influence of the era when these houses were the rendezvous of London’s dandies, every nook and cranny of the new hotel is filled with unique design, bursting with personality.
To capture this playful spirit, Goddard Littlefair leant into the concept, drawing inspiration from figures such as Wilde and other aesthetes - his contemporaries - to ensure that their flamboyant attire, pursuit of beauty, and the eccentricity of the period were skilfully interwoven with the design throughout the hotel, from the guest rooms to the lounges, from the bar to the suites. And this has been achieved through exceptional combinations of fabrics, colours and intricate details. What’s more, echoes of the extroverted characters who are ingrained in the history of the place have also been captured in the colour palette and fine details proposed by Goddard Littlefair, subtly alluding to the mischievous adventures of the dandies.
The design of this hotel is successful in conveying its fascinating history, inspiring guests and visitors to learn more about the buildings which house it, as well as the lives that inhabited them. The Mayfair Townhouse provides the perfect setting for anyone keen to take a well-deserved break from the hustle and bustle of everyday life and recharge their batteries in all the hedonistic splendour of the dandy aesthetic - perhaps with one of Wilde’s classics for company. 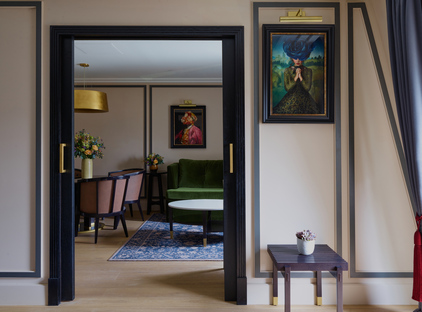 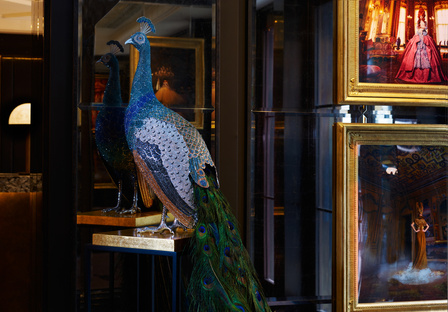 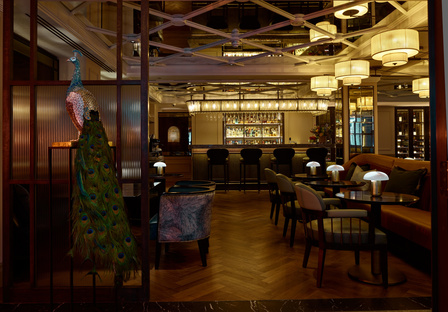 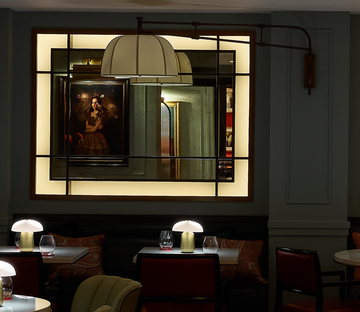 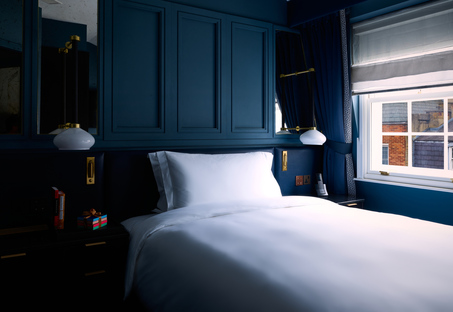 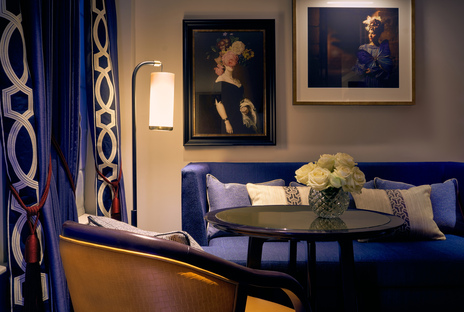 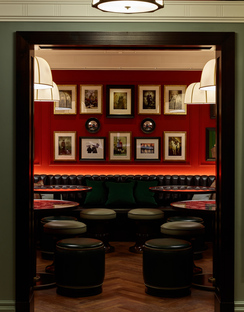