The young architects from the Indo-European collective ROOH designed Kasvattao, a temporary installation in one of the Helsinki City Museum’s courtyards, engaging the people of Helsinki and especially the youth to raise their awareness of the concepts of urban farming. 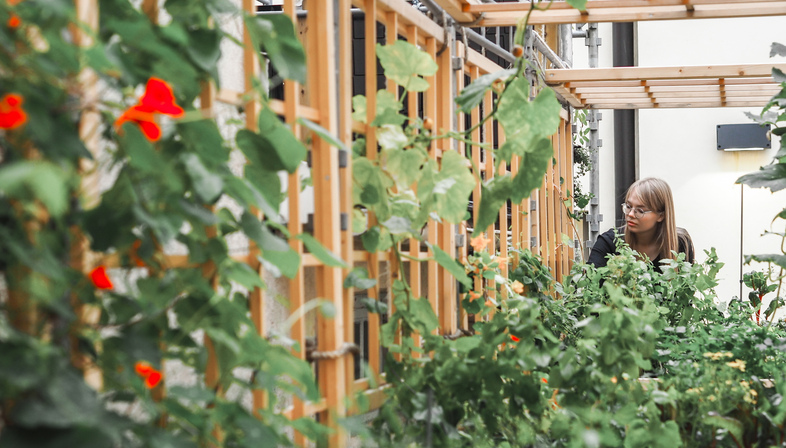 We know perfectly well how much the food chain impacts our environmental footprint. Eating vegetables is, by all means, a good, healthy habit. Still, suppose the produce arrives from a distance. In that case, the positive effects on the environment caused by a vegetarian or vegan diet are very much reduced or even entirely neutralised by the environmental costs of transport.
So, the idea of growing vegetables and other crops in the city, better known as urban farming, is becoming increasingly relevant, as we have also seen in industrial-sized initiatives such as the Vertical Farm that has just started operating in Copenhagen.
There’s another option, also in Scandinavia, Finland this time, and Helsinki to be specific, called Kasvattamo designed by ROOH Studio. ROOH—which means soul or spirit—is a collective of individuals who met through architecture networks like the European Architecture Students Assembly and the National Association of Students of Architecture, India. They operate in India, Ireland and Finland, so they identify as an “Indo-European” studio.
The Finnish word “kasvattamo” can be roughly translated as “nursery”. Here, it describes a temporary installation in one of the three interior courtyards of the Helsinki City Museum complex, engaging Helsinki people and especially the youth to raise their awareness of urban farming concepts. The project, which originated as part of an exhibition in this museum focusing on the daily life of Helsinki in the past, aims to demonstrate how unused urban spaces such as courtyards between buildings can be used to grow edible crops, right in the centre of the city, i.e. at zero Km. To make this idea to reduce the environmental impact of our diet as replicable as possible, ROOH of course, considered all the practical aspects. The prototype designed by the young architects consists of a modular scaffolding system forming the main structure of the temporary installation.
In designing all the fitting parts, the architects kept in mind that these would be built by volunteers during workshops. Pergolas, roofs, and tables were attached or hanged using bright orange straps and sisal ropes. Tables were positioned in such a way as to keep safe distances, taking into account the pandemic. Recesses in between the tables had seats for reading or working surrounded by the plants.
The space served various needs and hands-on community activities throughout the summer, hosting a restaurant, workshop space, outdoor cinema, and hangout space for the people of Helsinki. At the end of the harvest season, the structure was dismantled and reused at a greenhouse in Helsinki.
Kasvattamo by ROOH is just one example of how we can improve the quality of unused urban spaces by turning them into places to grow vegetables, ensuring that city-dwellers are more self-sufficient and take responsibility for what they consume and what they leave behind. A simple but effective proposal that’s good for the health of people, but also of the planet! 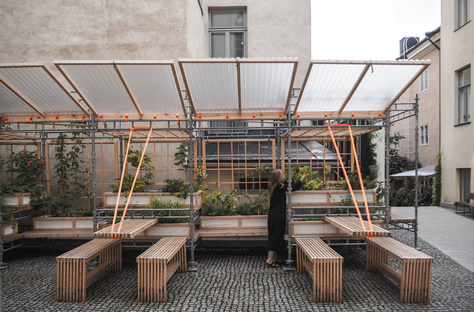 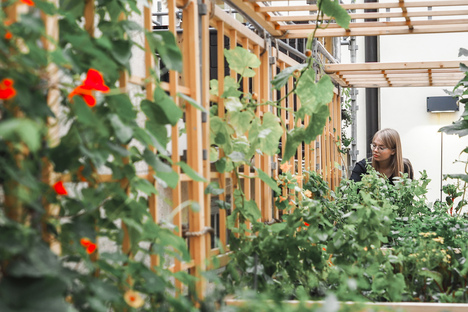 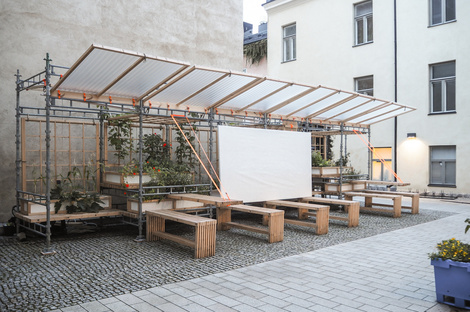 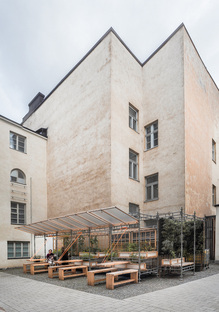 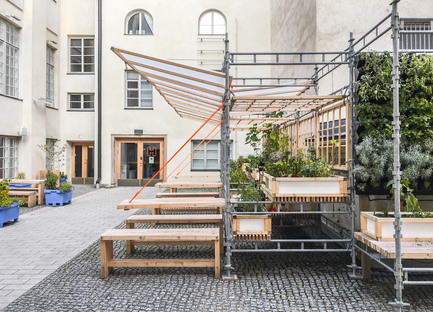 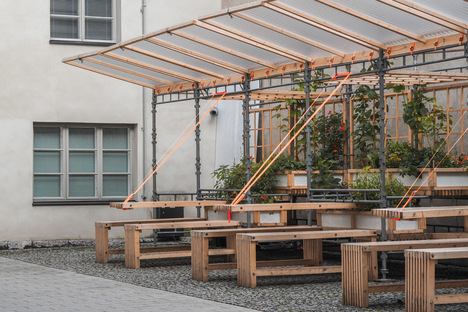 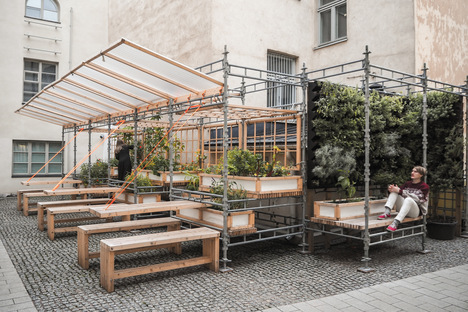 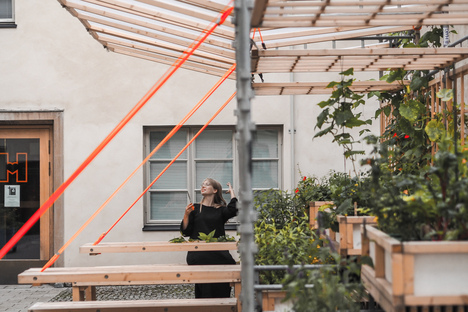 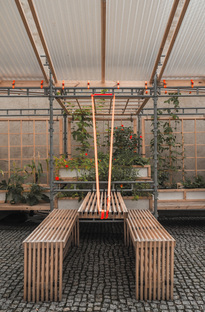