The Karesansui hotel designed by Chinese firm Yiduan Shanghai Interior Design headed by Xu Xujun is located in Shangri-La in the province of Yunnan, China. 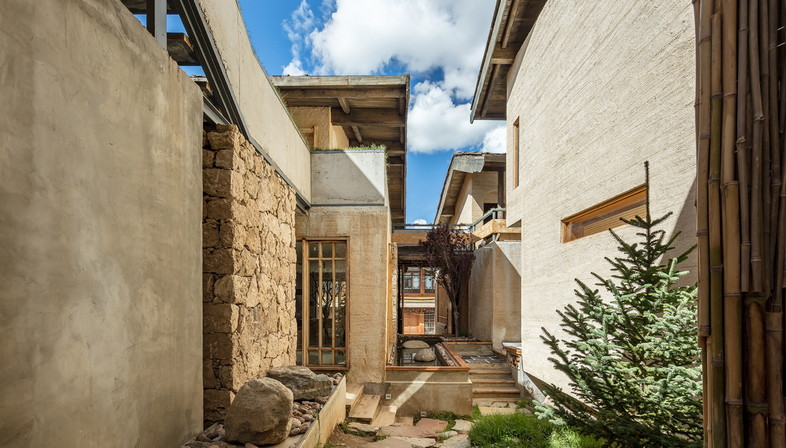 The Karesansui hotel designed by Chinese firm Yiduan Shanghai Interior Design headed by Xu Xujun is located in Shangri-La in the province of Yunnan, China. Local-oriented design that meets the needs of visitors - a perfect combination. Not only that but it is all done with the utmost consideration for the urban fabric of the hotel's location.


Yunnan is a province in southwest China bordering Myanmar, Laos and Vietnam, with a pleasant climate and a dramatic landscape enhanced by typical rice paddy terraces. Its geographic position makes it one of China's most ethnically diverse provinces, home to 25 of the country's 56 recognised ethnic groups. A melting pot of races, each with their own unique language, religion, culture, traditions and customs. This makes Yunnan a favourite destination for people who want to get to know the exotic side of China.
These visitors are the target group for the new Karesansui hotel, completed last year in the historical centre of Shangri-La, a city of Tibetan traditions. The hotel complex was designed by Yiduan Shanghai Interior Design under the direction of the designer Xu Xujun, and it stands on a plot of land on the slope of a hillside. It is made up of six small, new buildings and an old Tibetan house. The buildings are connected by stairs and walkways, creating the effect of a multi-building community hotel, which stands out for its architectural quality but at the same time clearly blends into its surroundings.
The Karensansui has a total of 15 guest rooms plus a lobby, a restaurant and a tea room.  Each guest room has its own, unique interior design. And although Xu Xujun focuses on guest privacy and comfort, he never loses sight of the ties with local tradition. This approach is confirmed by the fact that Xu Xujun was onsite the whole time to supervise every step of the actual construction himself.
So, the designer retained the original structure of the old Tibetan house and used local Tibetan design components. He also took great care in the orientation of openings so as to guarantee the best views of the stunning landscape, in fact making the landscape and the sky an integral part of the interior design. The whole project is steeped in the unique poetry of a dry Zen garden or Karesansui, including the stepping stones in the guest rooms, drawing inspiration from a poem written by a poet during the Tang dynasty period (618-907 B.C.), who was looking for a Chan Taoist. The poet didn't find his Taoist but he did get some insight into Zen. Which is exactly what the client owner of the Karesansui hopes for his guests - to find peace and inner joy through contemplation of the landscape.
All of this is possible due to the empathy of the project with the surrounding environment, reflected in both the formal choices of the architecture volumes and in the materials used. This has made the city and its population also think of Karesansui as one of the most beautiful hotels in Shangri-La. 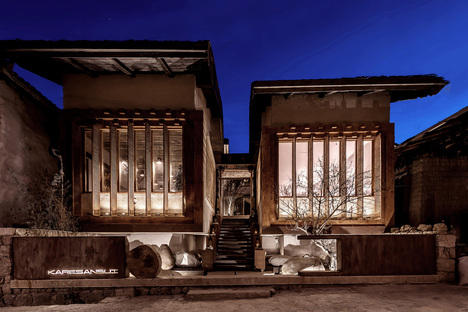 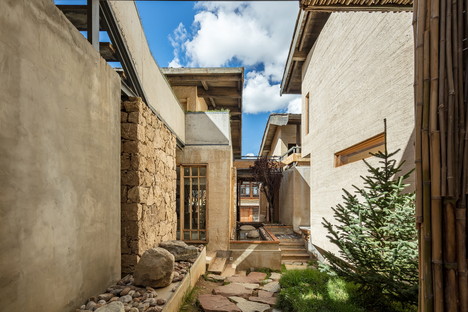 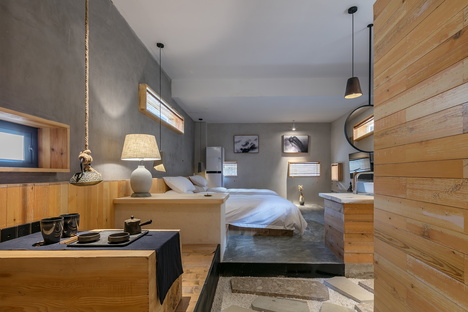 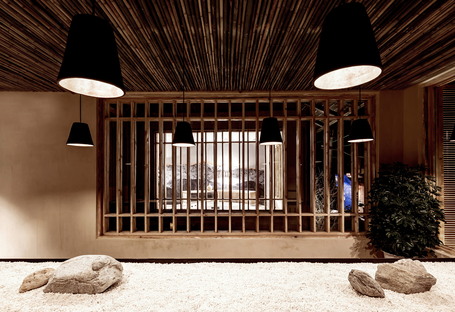 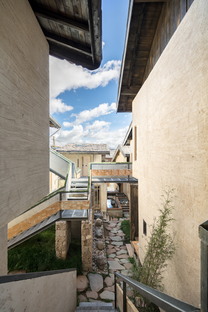 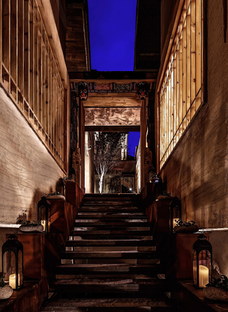 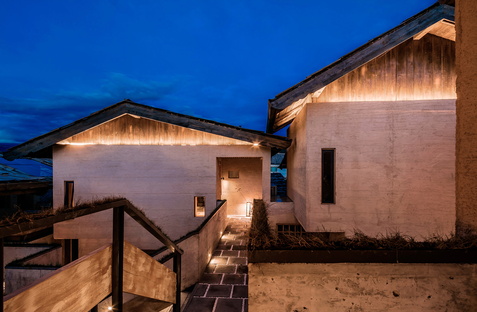 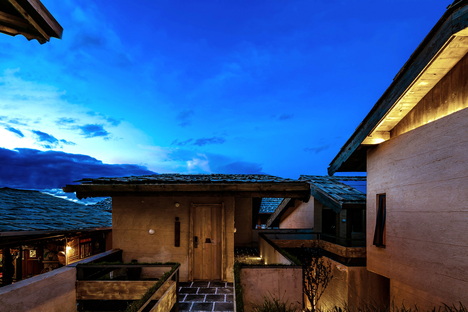 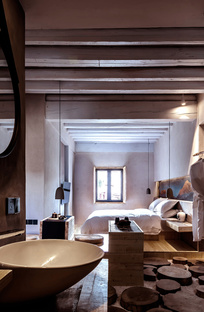 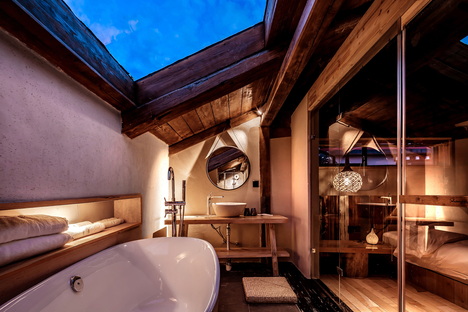 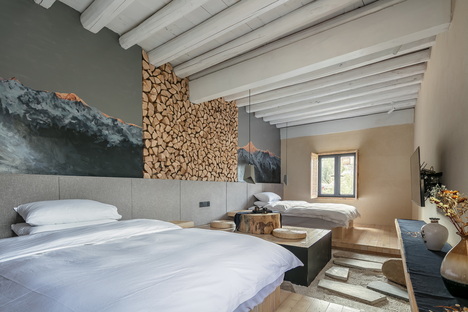 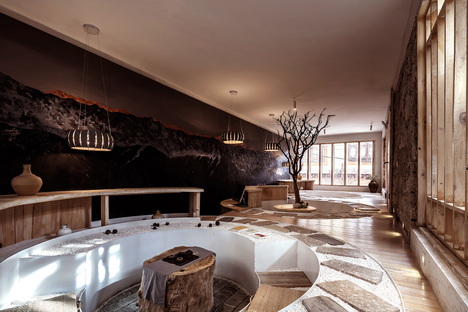 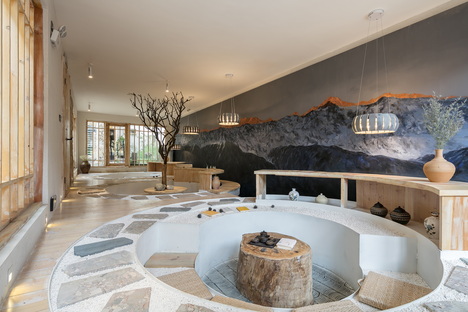