In 2022 Fondazione Iris Ceramica Group continues to support the non-profit organisation Sea Shepherd, in this case, Operation Ghostnet, to achieve the common goals of environmental protection and sustainable development. The new campaign, which takes place in the waters of the Mediterranean, focuses on the problems of large fishing gear lost or abandoned at sea. 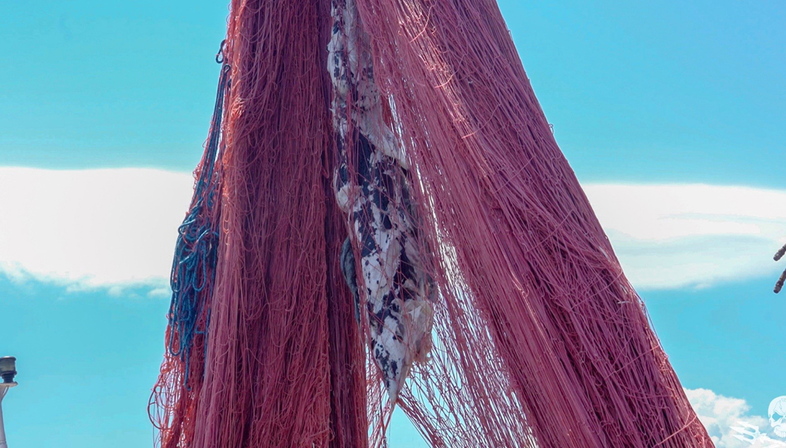 For us at Floornature, it is a great pleasure to announce that also in 2022, Iris Ceramica Group Foundation renews its support to the non-profit organisation Sea Shepherd, which began in 2020, the year after the foundation was created.
Fondazione Iris Ceramica Group, a private, non-profit organisation, was founded in September 2019 and was born from the responsibility of a large industrial group towards the environment, the territory and the community. In its work, motivated by common goals, environmental protection and sustainable development, it has forged a link with the international non-profit organisation Sea Shepherd. Established in 1977, Sea Shepherd pursues the mission to stop the destruction of natural habitats and the slaughter of wild species in the world's seas. Its aim is, therefore, to conserve and protect the ecosystem and different species through a series of practical and concrete initiatives.
Sea Shepherd's new campaign, Operation Ghostnet, takes place in Mediterranean waters, focusing on the problems of large fishing gear lost or abandoned at sea by fishermen. These free-floating working tools damage the marine ecosystem through so-called 'ghost fishing', consequently causing the death of fish and marine mammals and becoming a danger to vessels.
To be clear, we are talking about more than 640,000 tonnes of fishing equipment dumped in the seas, with a truly devastating impact on ecosystems. Indeed, ghost nets pose the greatest danger to animals due to the risk of entanglement compared to other forms of human-caused marine litter. Moreover, compared to all other forms of waste, they are four times more likely to impact marine life. In the Mediterranean, in particular, the primary victims are birds (35%), fish (27%), invertebrates (20%), marine mammals (13%) and reptiles (sea turtles).
A problem destined to increase due to increasingly intensive fishing, even though awareness of this phenomenon has improved.
The Iris Ceramica Group Foundation supports the activities of Operation Ghostnet in all four development steps, starting with the creation of a database of abandoned fishing gear in the Mediterranean Sea, which is also open to anyone wishing to report its presence or sighting. This is followed by removing the ghost gear, in collaboration with professional divers, Sea Shepherd Italy's vessel M/Y Conrad and its crew. This recovery activity concludes by transporting the fishing waste ashore for safe disposal or recycling. Finally, the fourth and final step involves disseminating data for informative and scientific purposes, providing valuable information on the current state of our sea and the environmental impact that abandoned fishing gear has on the marine ecosystem.
Once again, the Iris Ceramica Group Foundation demonstrates its commitment to sustainability and protection of the environment, supporting Sea Shepherd's cause and deploying its resources to create a better future through the preservation of the marine ecosystem. 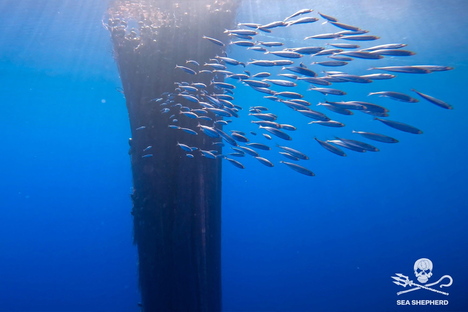 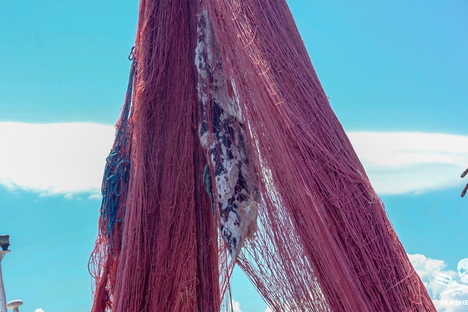 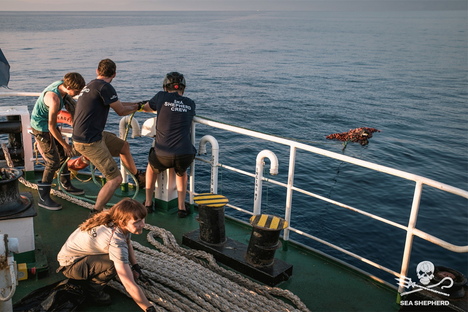 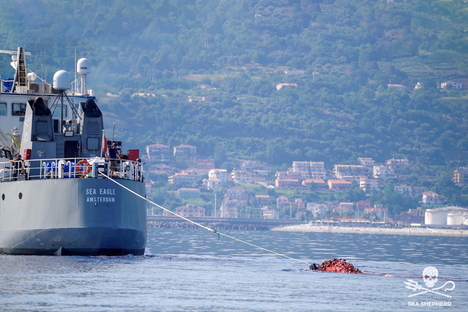 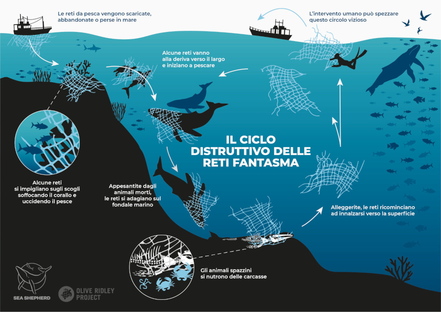 Iris Ceramica Group Foundation and the bioregeneration of the ceramic district