Next Gen Park installation in Brno by KOGAA

The architects from the Czech firm KOGAA have transformed a public space in the city of Brno with Next Gen Park in an educational catalyst that boosts awareness of carbon emissions that are accelerating the climate emergency. 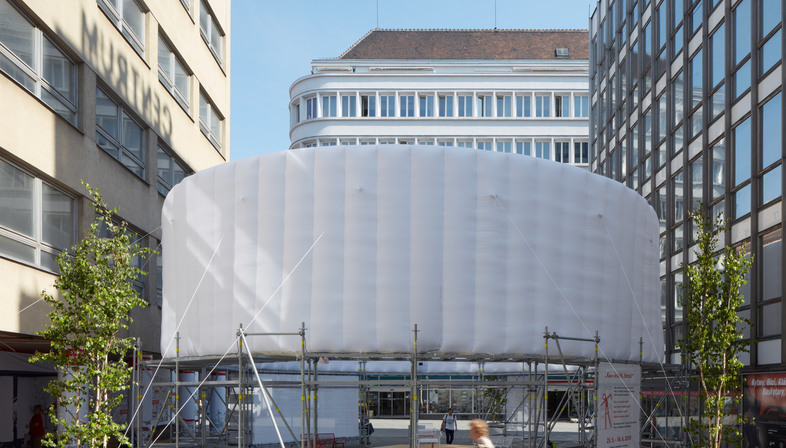 The architects from the Czech firm KOGAA have transformed a public space in the city of Brno with Next Gen Park in an educational catalyst that boosts awareness of carbon emissions that are accelerating the climate emergency.


Public art that sparks a discussion and turns into a driver of change is a recurring theme treasured by Livegreenblog. Last week we talked about the PRESENCE (link) exhibition by Daan Roosegarde, the Dutch artist and innovator who has been bringing together art and technology for years to convey his message.
Today we present Next Gen Park, created by the Czech architecture firm KOGAA in the city of Brno, Czech Republic. This installation addresses the problem of carbon dioxide production in our cities, providing a visual representation of 1 tonne of CO2 thanks to the size of the balloon dominating the public plaza. An idea that is as simple as it is ingenious because we often don’t believe something is real unless we actually see it. So the architects came up with the idea of creating a structure that would get across the idea of how much one tonne of carbon dioxide is: this is in reference to the fact that every Czech citizen emits 9.8 tonnes of CO2 a year.
Strategically positioned in a neglected alleyway in the centre of the city of Brno, Next Gen Park occupies the urban space, creating a hybrid environment that attracts people to it. The project by KOGAA generates a sense of care and belonging to the space, making the place; this results in daily cleaning and improved security in the very place that the citizens now inhabit. Because the installation itself is an attraction in the urban landscape and during the day it turns into a centre of debate and discussion about different issues, including the use of public spaces, the relationship between nature and the city, the revival of decommissioned areas, waste as a resource, energy and water management. At night, the inflatable transforms into a screen, projecting interactive animations that take visitors on a tour of the carbon dioxide production indices and the measures to take to lower their footprint, giving citizens the opportunity to really think about their current lifestyle.
To create Next Gen Park, the architects obviously endeavoured to be as sustainable as possible. So, they combined either hired or reusable materials that are simple, economical, robust and quick to build with. The primary structure is a simple scaffolding system designed together with the partner company Peri. The inflatable part was custom designed and handmade by local craftsmen from the partner company Reklama Kubíček, and was designed with holes for projectors, making it a perfect 360-degree screen for outdoor events and fully washable and reusable. A challenge for all the participants in the project, developed in collaboration with the city of Brno and Next Institute for the content and research, stimulated to think outside the box in order to come up with the right solutions for the specific situation.
Even though it’s just a pop-up pavilion - a temporary installation - the architects from KOGAA hope that it can serve as the pilot project for future events across the country, and they’re actively looking for new locations for their installation. 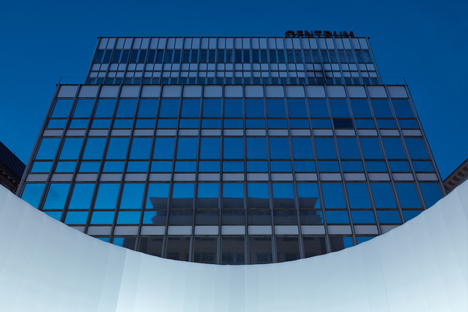 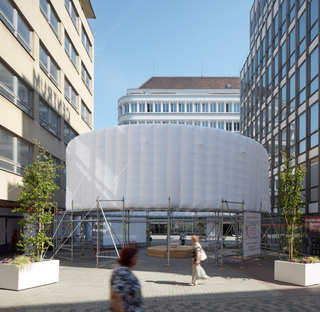 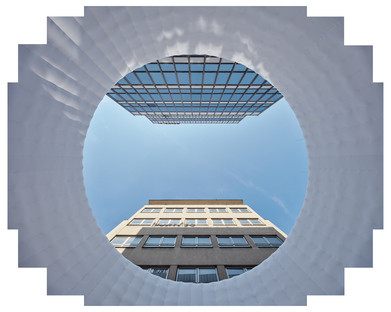 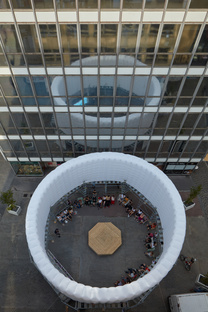 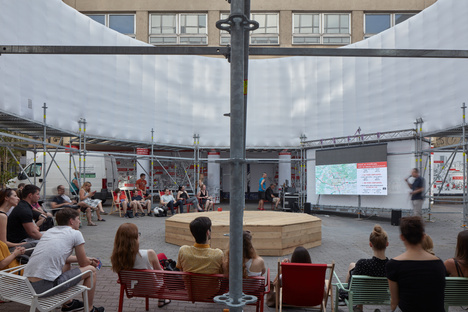 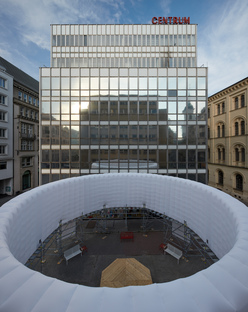 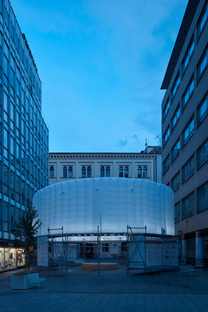 Brno Design Days and how to create hotbeds of creativity