Information point in Barcelona by peris+toral.arquitectes 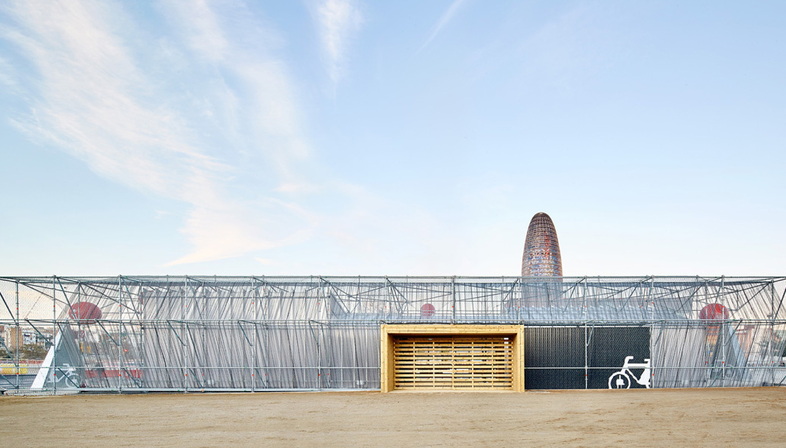 Catalan architecture firm, peris+toral.arquitectes designed a temporary structure in Glòries square, Barcelona. A scaffolding system of steel pipes as a response to the context and to its temporary existence, while still retaining its aesthetic appeal.

“Pop-up” architecture is popping up left right and centre to showcase urban operations aimed at creating places of interest and using architecture - even temporary - to drive a social and urbanistic change starting from our very perception. This approach also applies to the structure designed by Catalan architecture firm, peris+toral.arquitectes of Marta Persi and José Manuel Toral in Plaça de les Glòries, Barcelona, which is undergoing a major urban redevelopment. 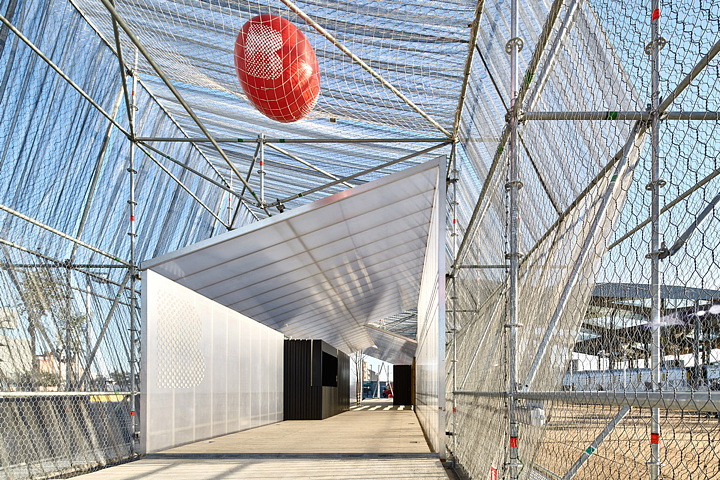 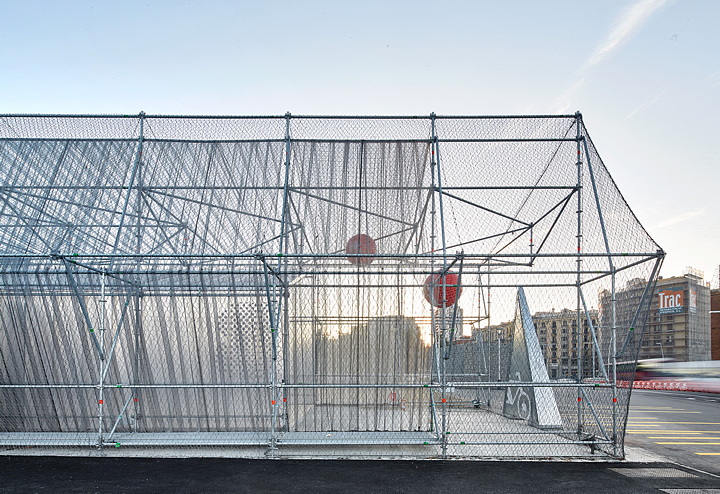 peris+toral.arquitectes has designed a multipurpose facility: an info point for tourists, an exhibition space explaining the proposed project for the square, and a rental point for electric bicycles for sustainable exploration of the city. The architects opted for a temporary steel pipe scaffolding construction to adequately and appealingly respond to the mixed use, also considering its prominent position on the crossroads of a pedestrian zone. 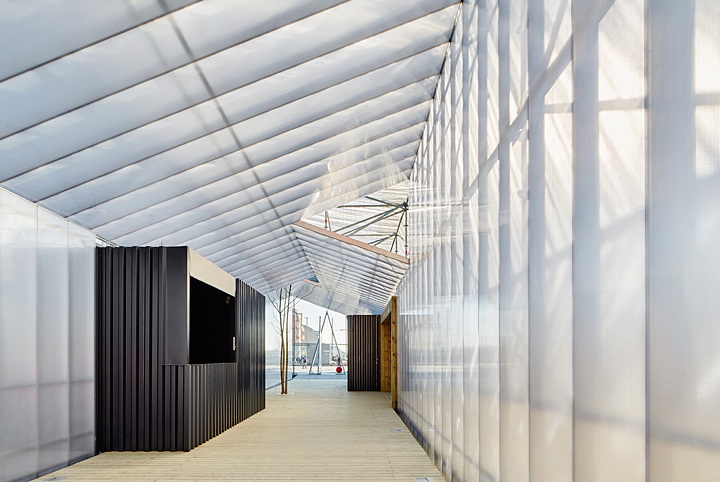 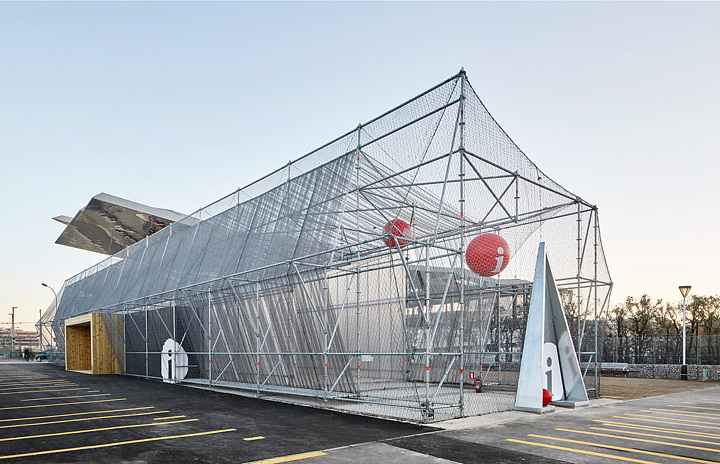 The volume's quite simple shape, dictated by the steel pipes, is livened up by three envelopes: the inner skin is impermeable, translucent polycarbonate, the middle layer consists of shade mesh and in turn these are encompassed by metal mesh. This livens up the project's overall appearance because it is detached from the linear shape of the structure. 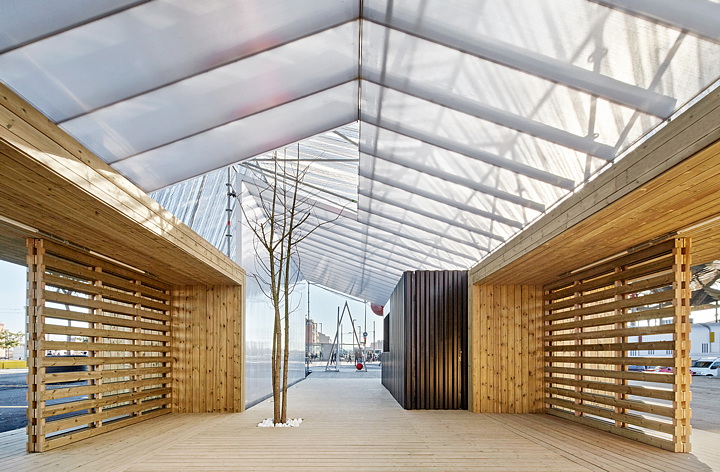 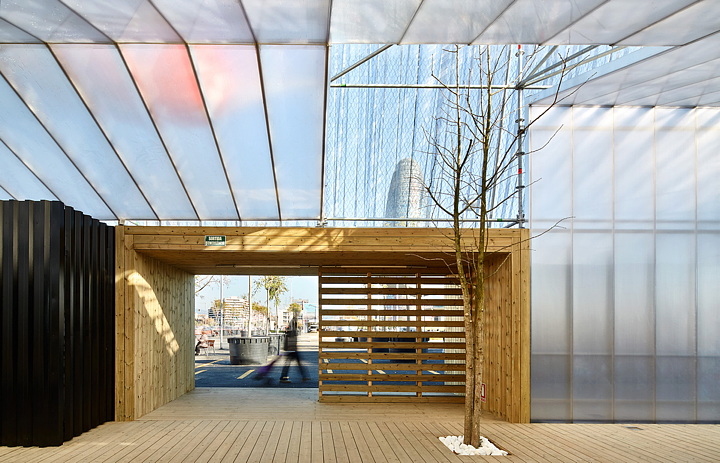 Inside peris+toral.arquitectes have added a wooden floor and functional walls. The natural warmth of wood creates a pleasant visual tension and puts the temporary nature of the construction to the back of your mind.

Information Point by peris+toral.arquitectes in Plaça de les Glòries, Barcelona is a virtuous example of skilled use of prefabrication to keep building time and costs to a minimum at the same time adding a personal design touch that is expressed here through the envelopes and the mix of different materials. An elegant, temporary construction to accompany the transition of this large Catalan square. 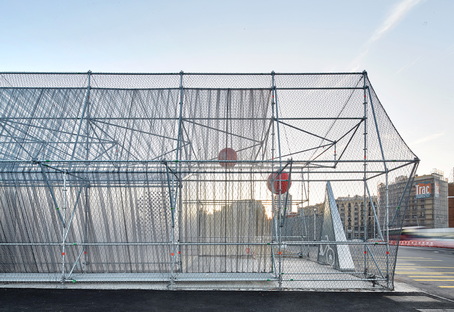 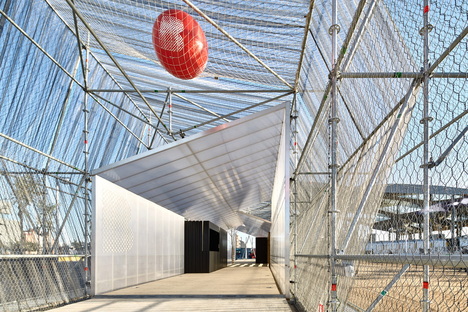 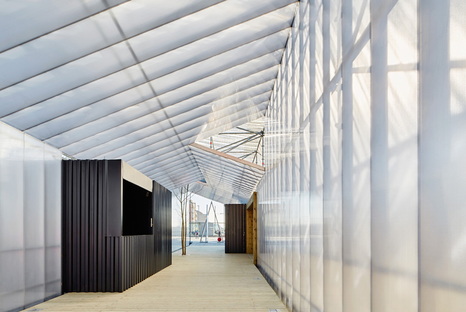 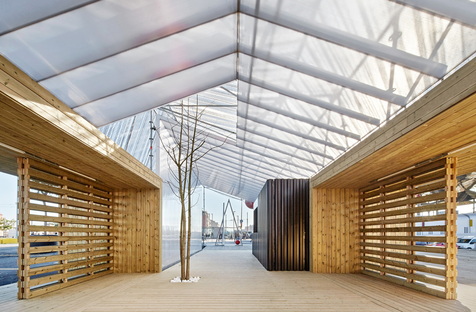 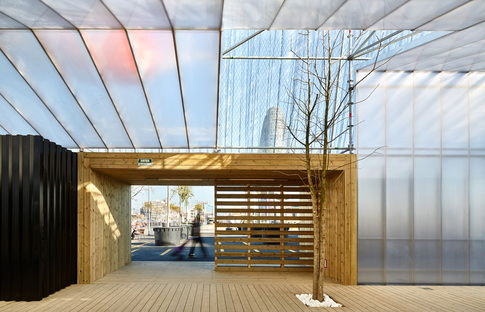 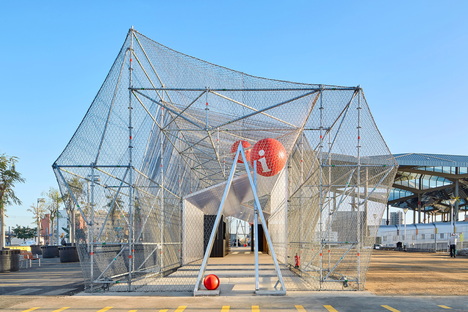