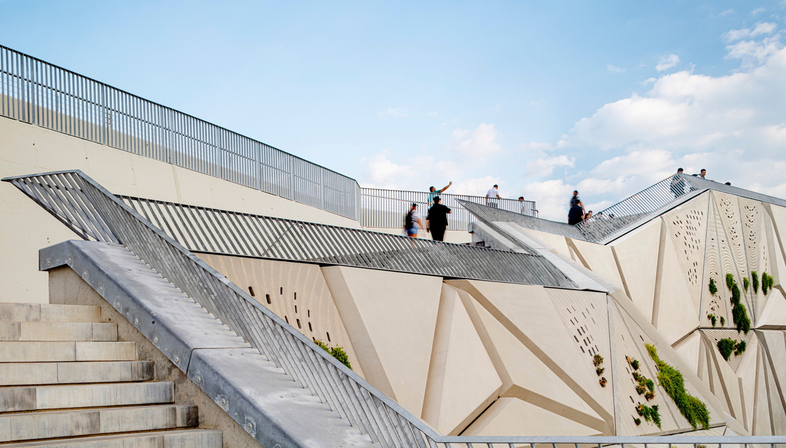 External Reference, the practice run by architect Carmelo Zappulla in Barcelona, known to our readers for its high-impact interior design projects, has come up with an urban regeneration project in Barceloneta. The idea is to improve public access to the area around the W Hotel under the Nova Bocana Special Plan of the Board of Administration of the Port of Barcelona, the client that commissioned the project. This is the third edition of the plan aimed at increasing public space in this area measuring more than 14,000 square metres with creation of two public walkways.
This is the context of External Reference’s "Escaleras y Mirador Vela“, the link between Passeig del Mare Nostrum and Plaça de la Rosa dels Vents on the Barceloneta waterfront. The project introduces a new relationship with the W Hotel, where strong tides coexist with a unique concentration of people and users wo carry out all kinds of outdoor and leisure activities daily.
As Carmelo Zappulla reports in a note for the press: „ According to the requirements of Nova Bocana, the commissioner of the project, it was necessary to design a solution that eliminates the existing cul de sac and connects the two different levels using the existing seawall as support. This provided an opportunity to generate a new façade for the Passeig del Mare Nostrum. The culmination of Passeig del Mare Nostrum with a walkable façade is proposed as a fundamental element that reconfigures the city's relationship with the sea.“
Let us take a closer look at this project destined to change the use of public space in an emblematic way. Adrià Goula’s photographs reveal the scale of the project, which honours the presence of the sea, the unchallenged protagonist of the scene, without neglecting its relationship with the W Barcelona Hotel building, also known as Hotel Vela, designed in 2010 by architect Ricardo Bofill, who passed away last January: a true landmark in the area.
„Escaleras y Mirador Vela“, meaning Vela stairway and viewpoint, is „a tectonic element that derives its morphology from the formations of salt crystals that grow in the small Mediterranean water reservoirs, captured by the irregularities and accidents of the marine rocks. Based on this phenomenon, the staircase “crystallizes” in the existing nook at the intersection of the promenade of the Barcelona coastline and the monumental seawall that protects it from the rush of the Mediterranean tides,“ explains Carmelo Zappulla.
The results looks like a sculpture set between the existing dike and the new façade opening onto the walkway. It is an invitation for the public to experience a new urban space whose conformation projecting out towards the sea offers an opportunity to enjoy the view over the Mediterranean and over the city, making it easier to enjoy both these dimensions.
The construction of the new walkway is also interesting, using a prefabricated concrete structure. The triangular bio-receptive concrete panels incorporate the use of low-maintenance vegetation and a lighting system. With time, native plants such as Lobularia Maritima, Lampranthus Spectabilis and Drosanthemum Floribundum will grow on its surface, covering the new walkway with greenery. Architect Carmelo Zappulla sums up the project’s impact: "We believe that the path will act as a catalyst that transforms the dynamics between the square and the promenade which, although they are adjacent spaces, until now had separate activities. They are now dialogic parts of a chain of discoveries and experiences that pass through Escaleras y Mirador Vela“. 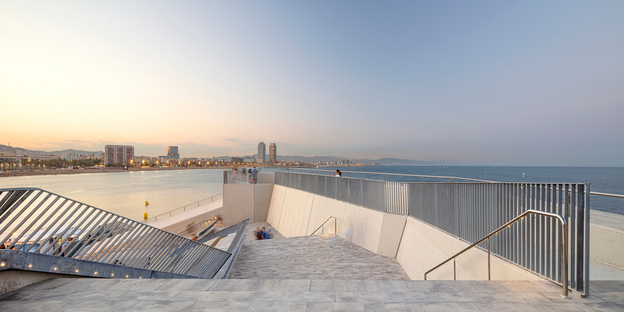 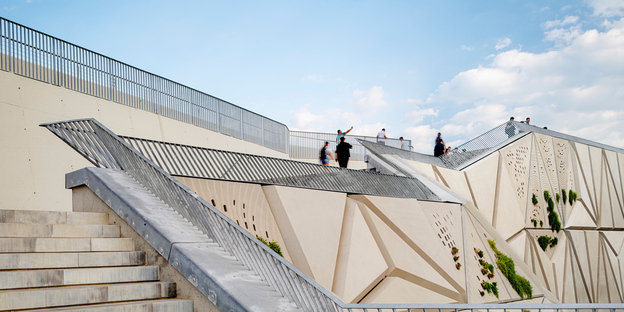 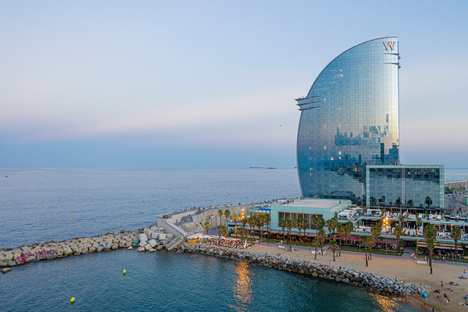 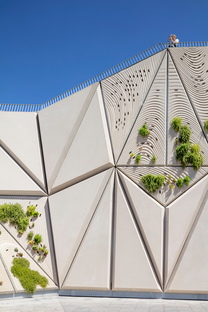 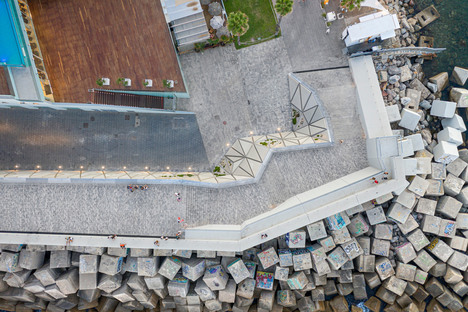 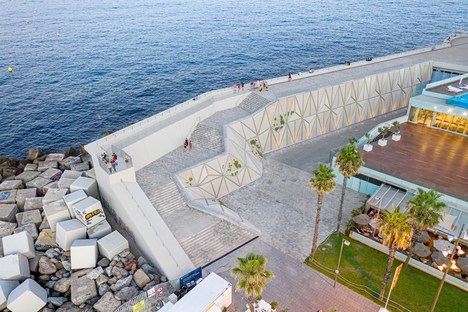 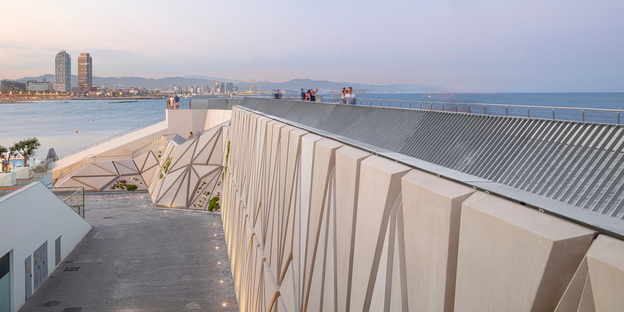