A dynamic interactive structure created by Future Simple Studio in collaboration with Born in the North and Dept of Words & Deeds celebrates the wind, the view and indigenous connections. The installation in Downsview Park in Toronto, Canada was produced as part of XOXO Downsview, a public art project in coordination with ArtworxTO. 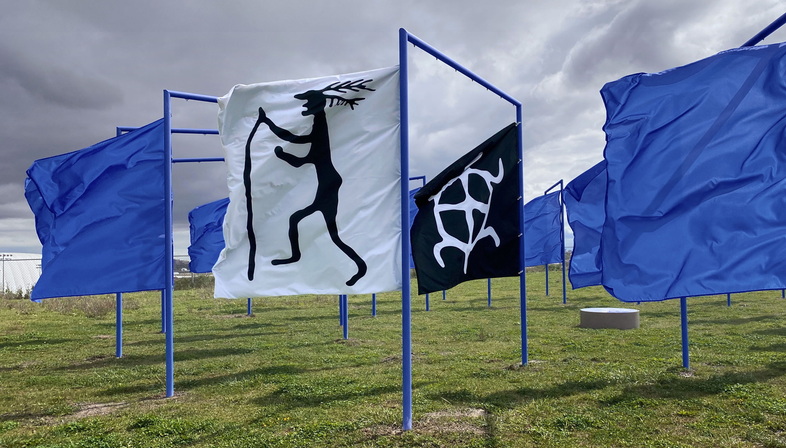 Downsview Park is a big city park in the Downsview district of Toronto, Ontario, Canada created in 1999, when the Canadian government declared it "Canada’s first urban national park”. The site was formerly home to aircraft manufacturer Havilland Canada, and then a Canadian armed forces base. All that remains of this past is Downsview airport, on a site that has now become an attraction for its leisure activities.
Under the XOXO Downsview initiative, a celebration of public art, culture and local heritage launched in coordination with ArtworxTO: Toronto's Year of Public Art in 2021-2022, the park has been enriched with artworks including dynamic installations, murals, multimedia artworks and an audio walking tour of Downsview Lands and Downsview Park: projects highlighting the work of local artists and the potential of Downsview as a destination and generator of cultural works.
The installations open to visitors until September 2022 include Downsview Wind Rose, produced by the architects of Future Simple Studio in collaboration with the creative artists of Born in the North and Dept of Words & Deeds. Located at the top of the hill dominating the park, Downsview Wind Rose welcomes visitors with a skilful spatial choreography animated by flags blowing in the northwest wind. The Wind Rose is a circle formed of 32 square portals from which blue flags fly, arranged in a compass shape like a huge wind rose or a traditional indigenous Medicine Wheel.
The Medicine Wheel or Sacred Circle, used for health and healing by generations of native peoples of the Americas, incarnates the Four Directions, as well as Father Sky, Mother Earth and the Tree Spirit, symbols of the dimensions of health and the life cycle.
The wind rose is not only an ancient tool used by meteorologists to map wind speed, direction and frequency in a specific place, but has deep ties with the site: on the concrete bench in the centre of the installation is the Downsview Wind Rose, specific to Downsview airport in the park.
As we have seen, the structures designed by the architects of Future Simple Studio support a series of bright blue flags, but also two flags to the northwest created by Mi'kmaq artists Chris and Greg Mitchell of Born in the North design studio forming an artwork entitled The Turtle and the Traveller, based on the history of these lands and the local area. The white flag depicts a traveller, in honour of indigenous peoples’ historic use of this place as an important route for trade and travel, while the turtle on the black flag represents the land, referred to by indigenous peoples as Turtle Island, as well as the local wildlife. The turtle’s shell references a Medicine Wheel to highlight traditional teachings, and the graphic style of the two flags recalls the petroglyphs of Eastern Woodlands peoples.
The climb to the top of the hill in Toronto’s Downsview Park is now rewarded not only by the view over the city, but by an opportunity to approach indigenous culture, expertly integrated into the land art project by Future Simple Studio with Born in the North and Dept of Words & Deeds. 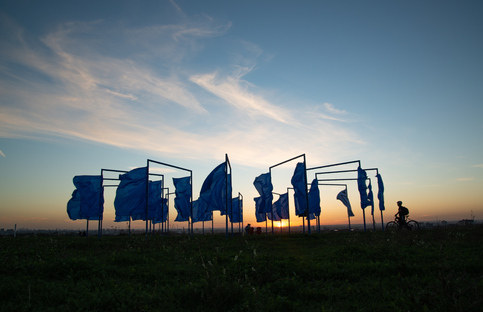 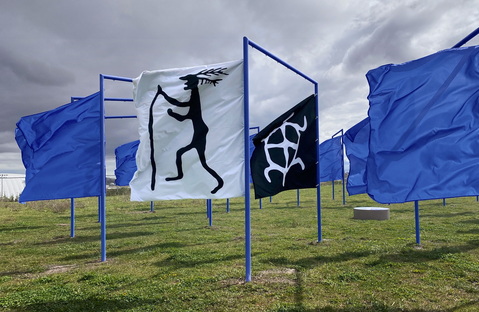 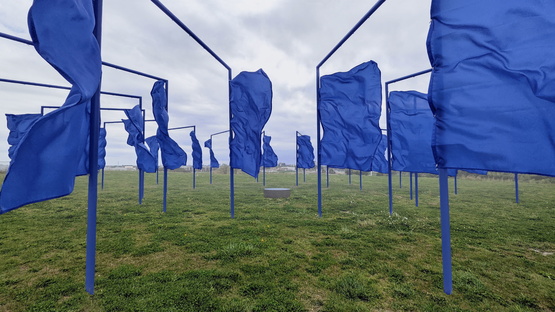 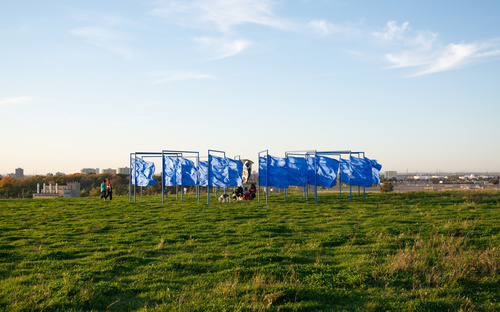 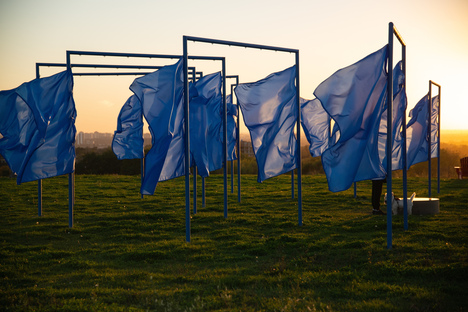 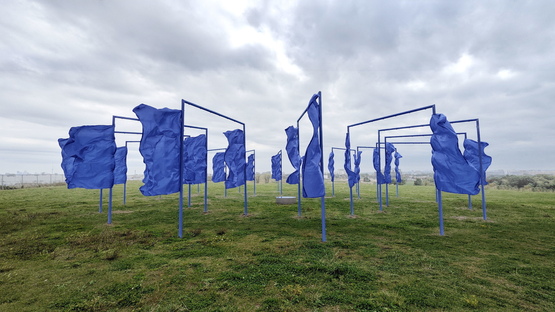 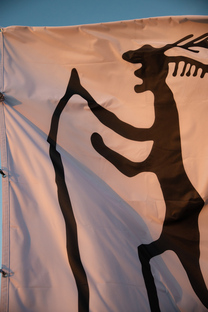 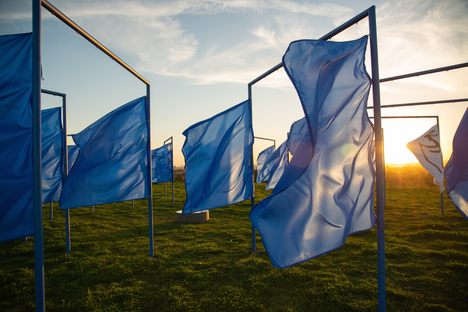 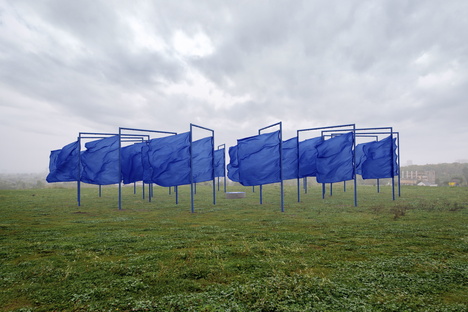 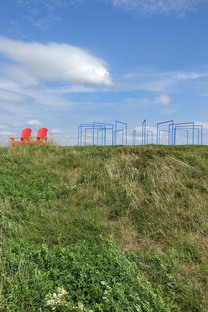 A sustainable semi-detached house by baukultur/ca