Chinese studio J&Dragon Group designed the Lonely Noodle Shop in Shanghai, a pop-up experience where you can „give yourself a bowl of noodles to take a break from reality“. Designed for people dining alone, in response to the rapid growth of the population of urban singles, the pop-up shop convinces diners to come in with its high-impact design. 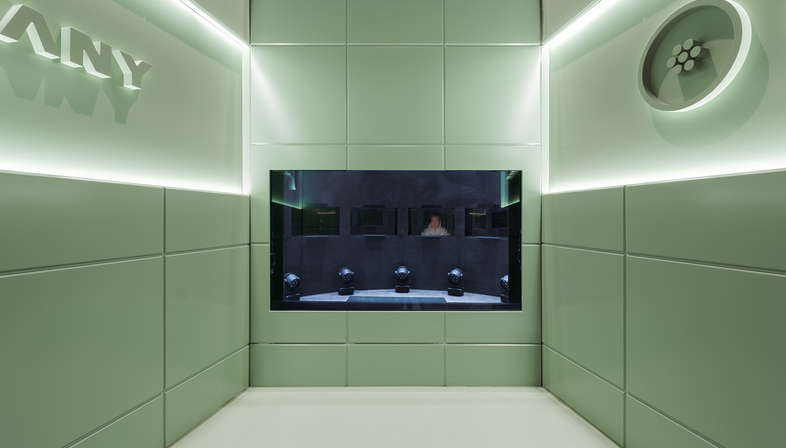 Dining out is not much fun when you’re alone, as conviviality is considered a group experience, and it feels strange to go to a restaurant on your own. But as single-person households are becoming quite common in China, business models and spaces are emerging which are designed specifically to respond to the needs of singles.
The Lonely Noodle Shop by the designers of J&Dragon Group is located in one of the world’s most competitive retail districts, Shanghai TX Huaihai. Open only from 8 pm to 2 am and intended for the GenZ target, the pop-up noodle shop proposes a rather futuristic narration of the restaurant, starting with its entrance. Marked by polished metal scaffolding underlined with strips of light, it is a beacon in the dark, attracting curiosity. J&Dragon Group guide waiting customers with meandering lines through the scaffolding, „ a small spatial constraint that evokes a psychological response and sets the stage for the next journey“, as the designers say in their note for the press.
Numbered cards and light strips in the corridors help customers find their way to the rooms where they will eat their noodles. As the designers explain: „ The transition from the corridor to the separate eating area is presented in the form of a curved revolving door. When the door opens, the lights come on, illuminating a completely different space from the previous one. The healing green colour makes customers more comfortable and relaxed, immersing themselves in the atmosphere of the space and enjoying a bowl of noodles for a while.“
One-person booths are arranged around a central stage, the element that brings all the diners together: while they each eat alone in their own booth, they all enjoy the live entertainment together, visible through the window of the screen in front of their tables.
J&Dragon Group, the studio run by Salone and Jason Chan, both of whom come from a background in fashion, created the perfect setting for anyone who wants to eat a dish of noodles late at night without necessarily having to interact with other people, in a trendy location with all the attraction of a science fiction film.
The Lonely Noodle Shop offered its unusual combination of lights, colours and noodles for two months, true to the formula of rotating start-ups and businesses characterising the entire retail complex, promoting dynamism in design. Despite its limited existence, the Lonely Noodle Shop became one of the „places to be“ in Shanghai, using social media to attract hordes of young people with a unique late-night culinary experience for "lonely people in the city at night“, a category often neglected in restaurant design despite its high spending power. 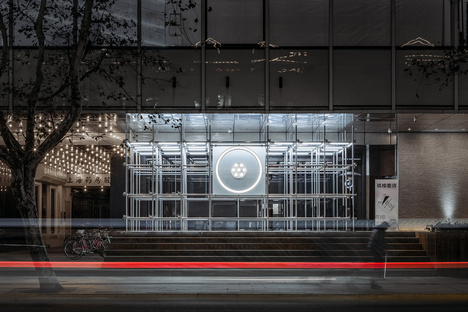 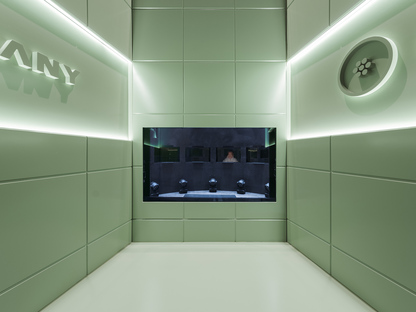 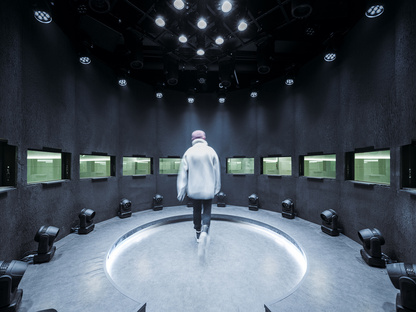 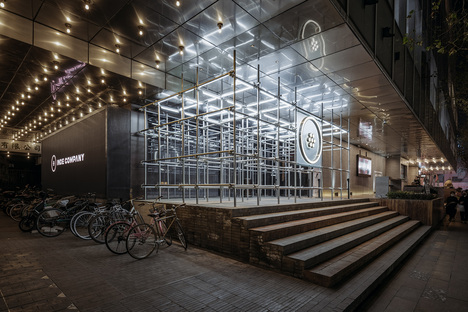 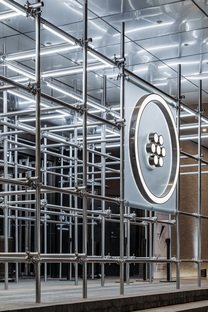 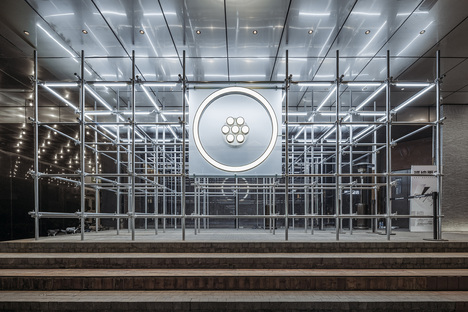 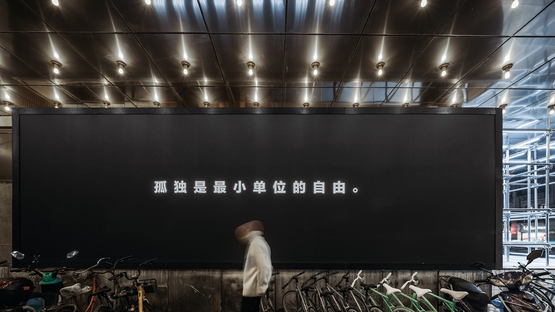 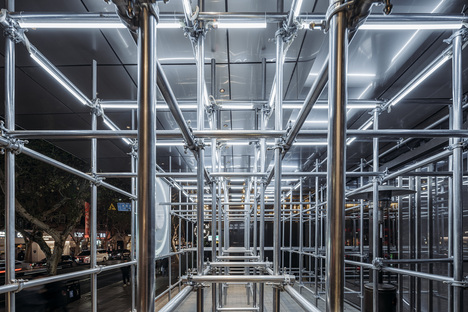 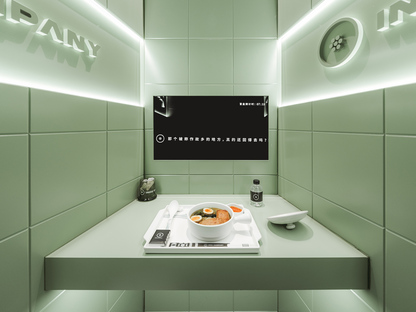 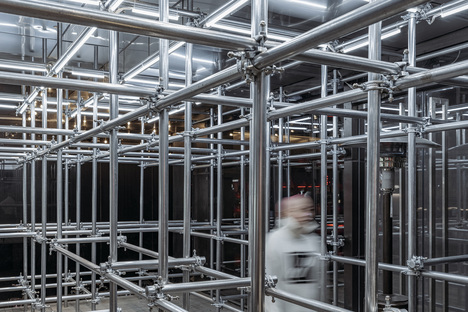 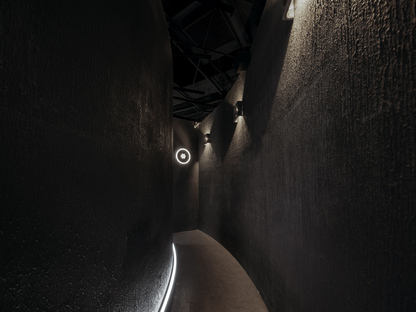 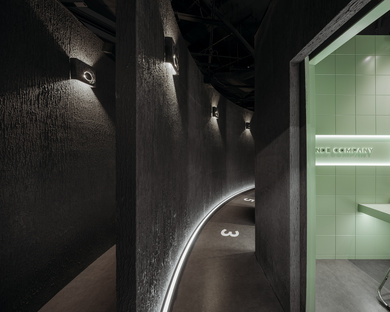