Damien Hirst, Treasures from the Wreck of the Unbelievable (part 1)

The title of Damien Hirst's exhibition in two museums - Punta della Dogana and Palazzo Grassi - in Venice says it all: Treasures from the Wreck of the Unbelievable. 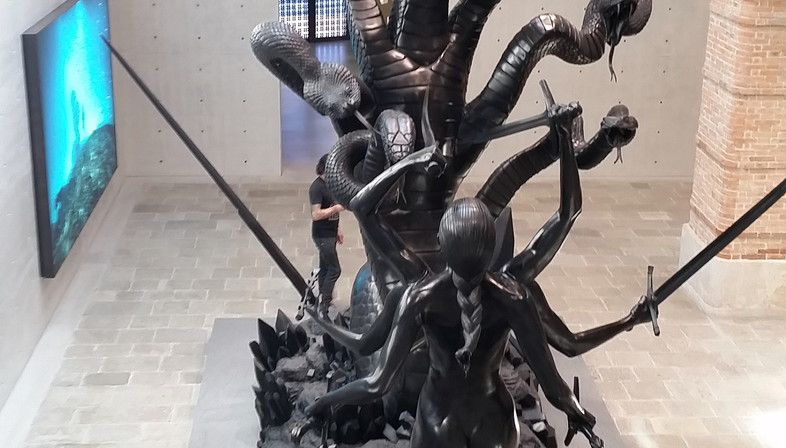 The title of Damien Hirst's exhibition in two museums - Punta della Dogana and Palazzo Grassi - in Venice says it all: Treasures from the Wreck of the Unbelievable. A journey into the past, an epic tale by the British artist showcasing truly remarkable artworks.


Much of what you see depends on how you look at it - which could be the tagline for the exhibition by British artist Damien Hirst, who is showcasing his artworks with “Treasures from the Wreck of the Unbelievable” until 3 December at Palazzo Grassi and Punta della Dogana, the old customs house owned by the Pinault Foundation.
Driven by curiosity and the discordant criticism of this monumental enterprise by Hirst, known for his often controversial work, we decided to spend a day discovering all the details.
The concept al began back in 2008, with the discovery of a shipwreck off the east coast of Africa, supposedly owned by a freedman from Antioch by the name of Cif Amotan II, who lived between the mid-first and early second centuries BCE. He accumulated a vast fortune and built a lavish collection of artefacts sourced from all over the ancient world, which he then wanted to place in a dedicated temple. He loaded them all onto the “Apistos” (which means “Unbelievable” in ancient Greek) but the vessel foundered and its legendary load of inestimable value sank to the bottom of the Indian Ocean.
The artworks recovered in this extraordinary underwater find documented by Jacques Cocteau-style videos are now displayed in the splendid rooms of Punta della Dogana and Palazzo Grassi. Some are being exhibited before restoration, covered in coral and cankers, others are already restored and there's even a series of museum copies of the finds to imagine the works in their hypothetical original state.
Statues of every size in bronze, Carrara marble, pieces in lapis lazuli and pure gold, underwater photos and videos, you wander around these “wunderkammers” and it suddenly strikes you how incredibly immersive the storytelling by Damien Hirst is, crafted with a post-truth creativity where everything is possible precisely because the borderline between real and unreal, fiction and truth has never been as blurred as it is right now.
(to be continued) 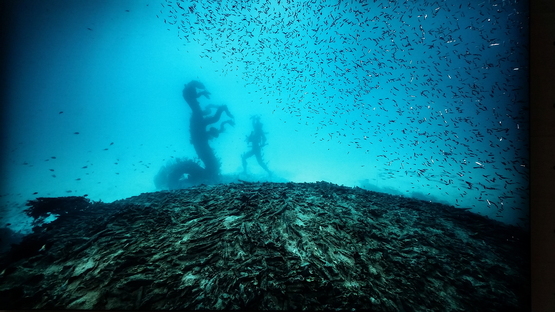 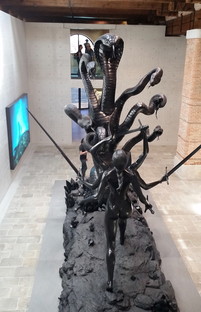 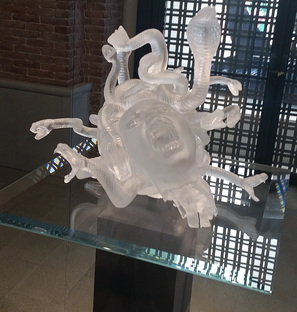 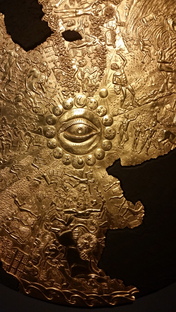 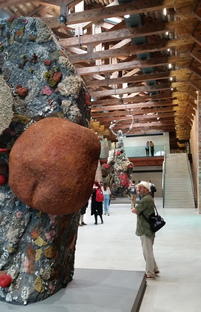 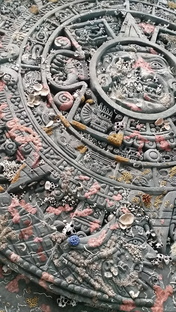 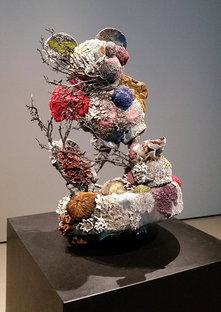 Damien Hirst, Treasures from the Wreck of the Unbelievable (part 2)