With its 13,000 square metres and more than 300 apartments, the Curial project in the 19th arrondissement of Paris by architects Cédric Petitdidier and Vincent Prioux (Petitdidierprioux) address the issue of urban density and wellbeing for inhabitants. 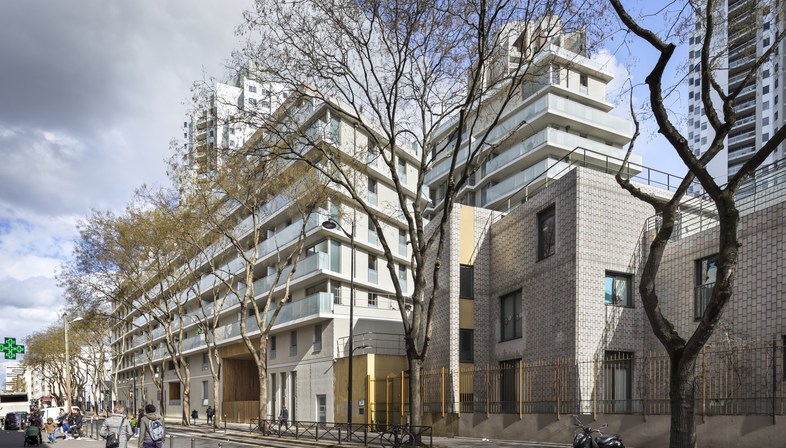 The architects from the Paris-based firm Petitdidierprioux designed Curial the housing complex in the heart of the Flandre district of the 19th arrondissement of Paris on a diamond-shaped site previously occupied by an office building. It stands in a context heavily shaped by the architecture of the 1960s and 1970s, including Martin Schulz Van Treeck’s brutalist constructions, and by the juxtaposition of a mish-mash of buildings and styles, like the CentQuatre art centre crafted by the restoration of a historic building alongside modern developments. The lines between public and private property are still somewhat blurred, making it difficult to interpret the urban space, despite the presence of rather generous green zones.
This form the backdrop for the Curial housing complex. It incorporates more than 300 homes, made up of 156 residential units for students, 182 apartments for investors, and collective homes for the first-home buyers. The architects from Petitdidierprioux, tackling one of the most important housing developments outside of joint development zone (Zones d'Aménagement  Concerté - ZAC) inside Paris proper, addressed the question of urban density while ensuring the comfort and wellbeing of both tenants and the local community.
Curial is formed of two long, slim volumes that help restore a sense of calm and structure to the neighbourhood’s urban fabric. The quality of the views, light and orientation were at the centre of the concept of the two volumes, in addition to the possibility of giving most of the apartments outdoor spaces. The penthouses, on the eighth and tenth floors of the two volumes respectively, are slightly recessed from the facades on the street side, which allowed for the creation of large terraces and outdoor spaces for the apartments on these levels.
The two elements that make up Curial have been raised on a foundation formed of parking lots - 140 parking spaces on three levels in the basement - and have been positioned in such a way as to create a gap between them, aligned with the adjacent tower, which in this way becomes part of the overall composition. This has created true urban continuity, an alignment with the street that makes it possible to free the heart of the block and turn it into a central garden courtyard.
This garden in the heart of the block maintains an opening to the south and preserves the view of the nearby tower. This solution also turned out to be crucial for natural light in all the apartments because it fosters the distribution of sunlight through the internal green space that acts as a lightwell. The garden narrows at its centre, shaped like a butterfly, this way creating a more secluded area with private gardens and terraces, and a large green space for everyone to the north.
The pedestrian pathway runs from east to west, perpendicular to the central garden: it marks the entrances to the family homes and is created like a portico. The result is a real visual and pedestrian connection between the two roads running alongside the two volumes of the Curial complex and reveals its green heart, connecting it with the urban context of the neighbourhood, which this way reaps the benefits of another small park. 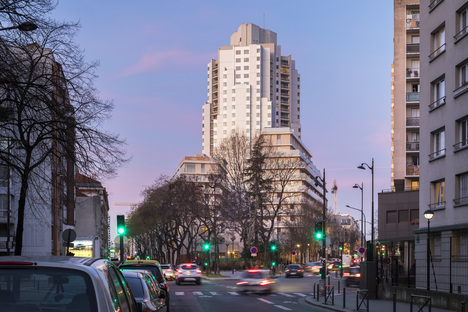 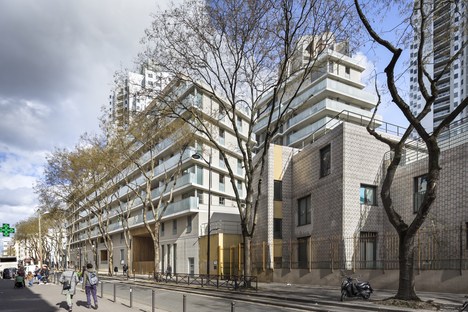 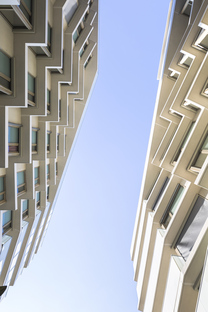 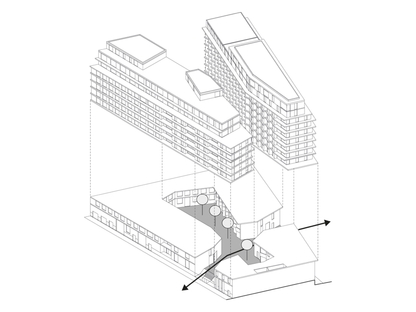 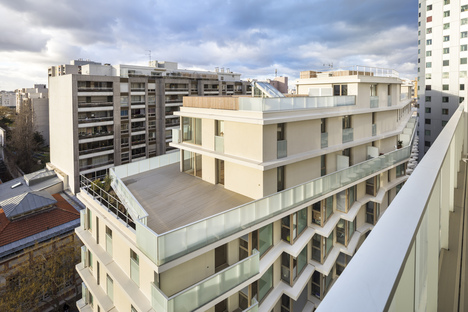 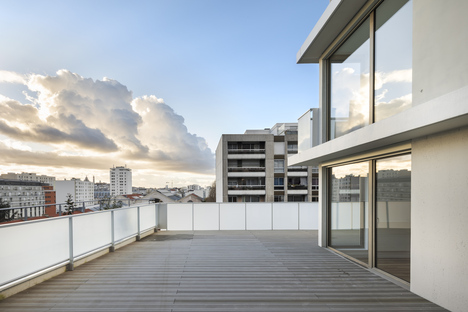 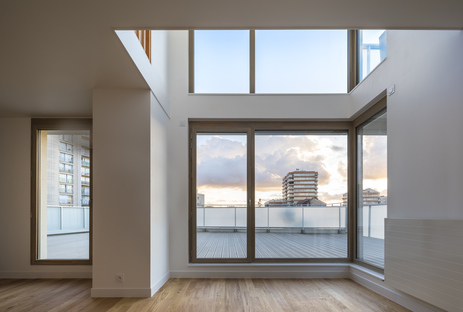 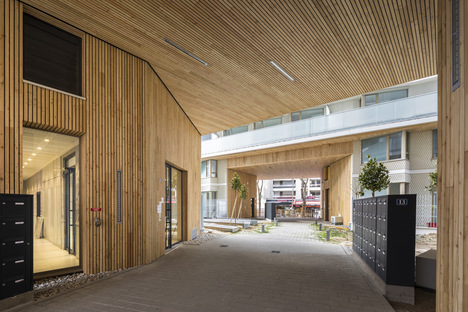 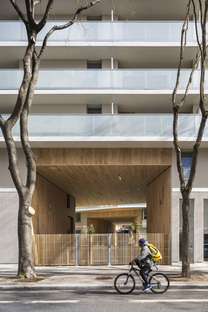 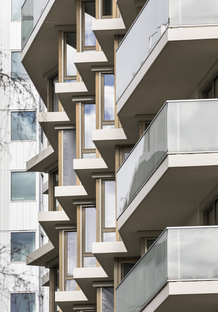 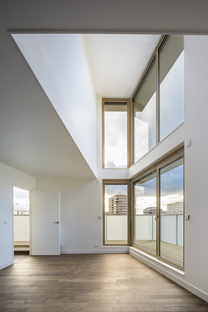