For many years now, Floornature has been supporting the application of Ivrea, the Piedmont city famous for the brand and the architecture commissioned by Adriano Olivetti as a 20th-century industrial city. 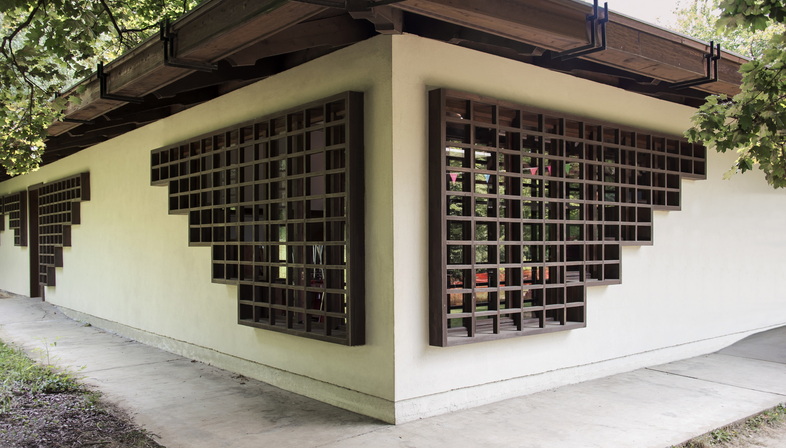 For many years now, Floornature has been supporting the application of Ivrea, the Piedmont city famous for the brand and the architecture commissioned by Adriano Olivetti as a 20th-century industrial city. To celebrate the UNESCO listing, we present Villa Girelli by Ottavio Cascio, seen through the eyes of photographer Gianluca Giordano whose photos accompanied the application file.


We are well aware that the application of Ivrea, industrial city of the 20th century (link) is limited to Via Jervis but there are many architectural gems resulting from Adriano Olivetti's holistic vision of the city. One of these is the Villa Girelli centre, developed specifically by Olivetti SpA in the early 1970s to provide educational and recreational facilities for children and young people. It is located on the Montenavale hill, a short walk from the Olivetti headquarters and was designed by the architect Ottavio Cascio from the Olivetti technical office.
The architectural complex built between 1971 and 1975 consists of five wood pavilions alongside an old renovated rural building, which originally housed the central services, kitchens and additional activities such as music, pottery, etc..
Ottavio Cascio opted to use prefabricated wood constructions, with large windows so the children could have plenty of contact with natural materials and the outdoors.
Each of these pavilions is set in a 40,000 square metre park designed according to the philosophy of the Robinson Parks, and with an undercover area of 300 square metres. The Robinson Parks (parchi Robinson) were inspired by the experience of the Comitato Italiano Gioco Infantile (C.I.G.I. - Italian Committee for Childhood Play) in the early '70s, which places particular importance on a system of public recreational and lifelong learning facilities, a focal point where children can play.
The three, square pavilions of the first lot are arranged around a courtyard that is open to the south and are connected to each other by covered walkways; the hipped roof extends upwards. It is all vaguely reminiscent of Japan, underscoring the harmony between park and architecture, as shown in the images taken by photographer Gianluca Giordano whose photos accompanied the application file.
Each building comprises a central, square hall for recreational activities and meals; the central part is surrounded by smaller spaces, separated only by low wooden partitions, and geared to the different activities of the users.
Until 1998, Villa Girelli was only open three months a year for summer camp. In 1999, an early childhood and youth centre was established there by a social cooperative. This opened Villa Girelli to the general public throughout the year, with a twofold goal that is part of the philosophy of the UNESCO application: on the one hand, to recover Olivetti's pedagogical heritage, the experience of the Comitato Italiano Gioco Infantile (C.I.G.I. - Italian Committee for Childhood Play) with the Robinson parks and Villa Girelli itself; on the other, to respond to a major need of the territory, by creating innovative services. An opportunity for children, and adults alike, to express their needs and creativity, focusing in particular on the development of new, positive social relations. 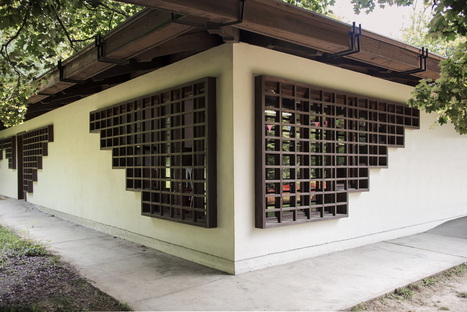 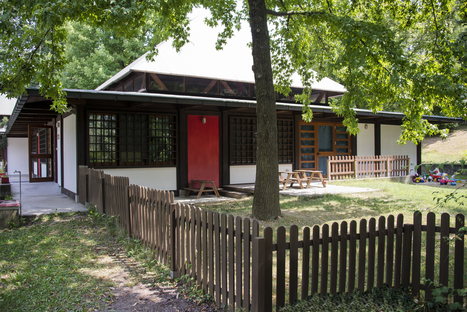 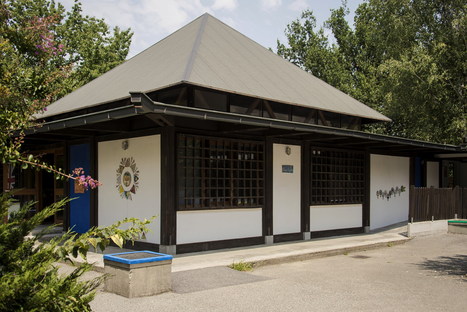 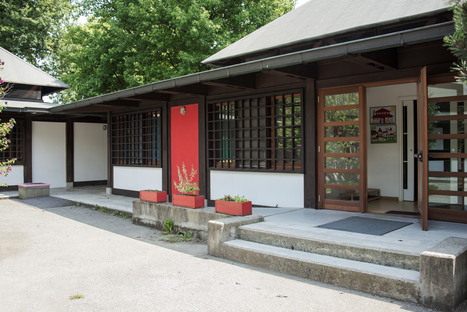 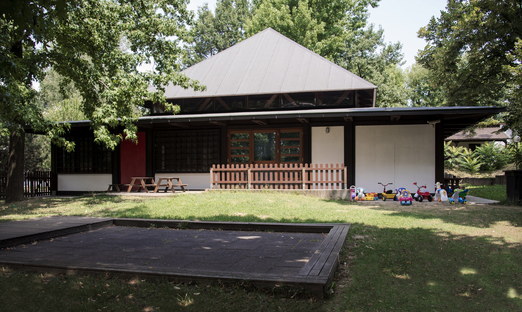 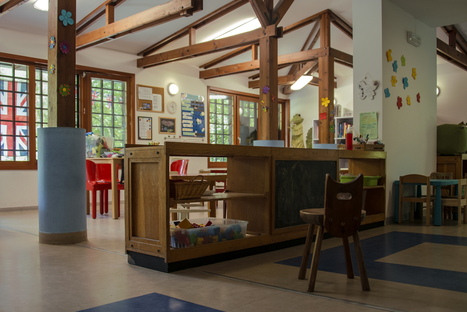 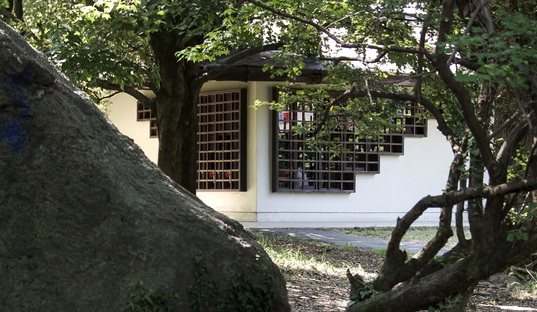 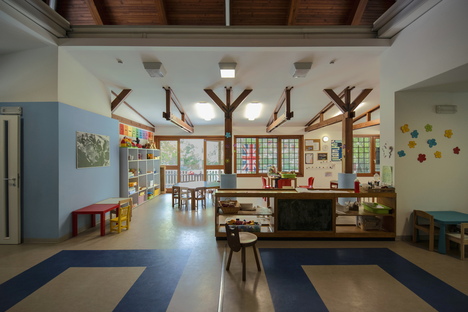 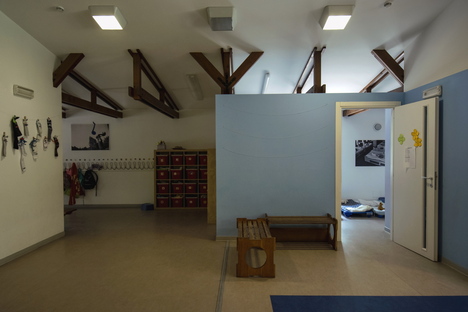 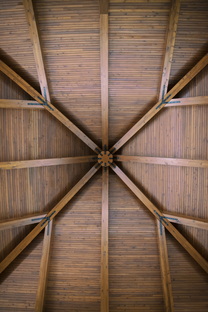 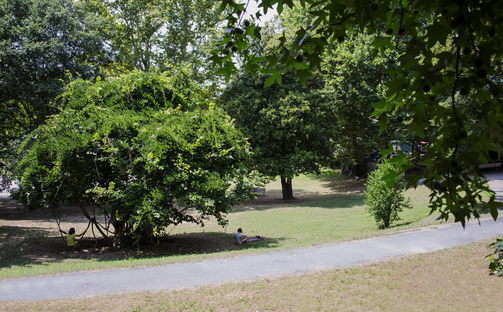 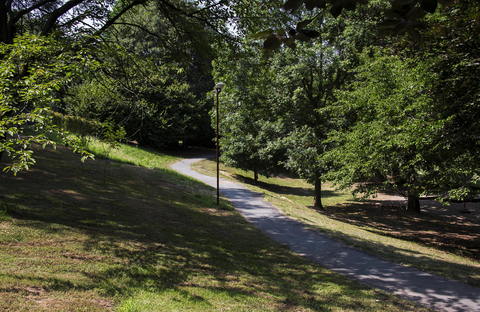 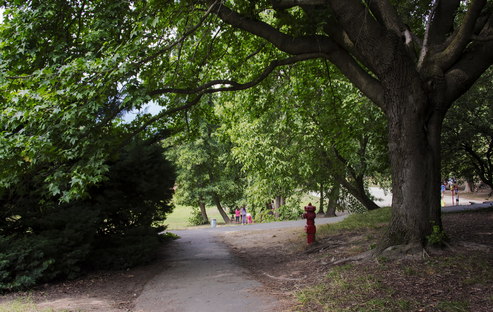 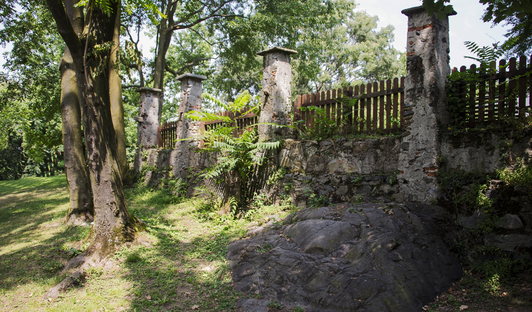 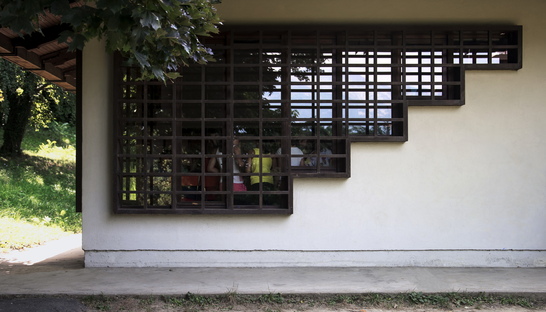 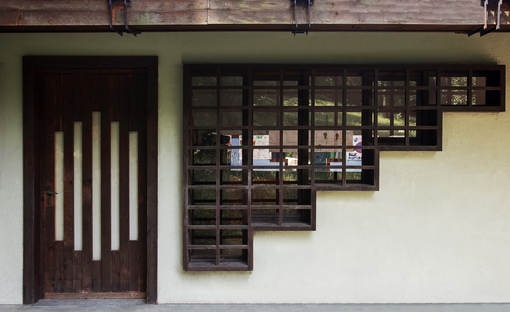 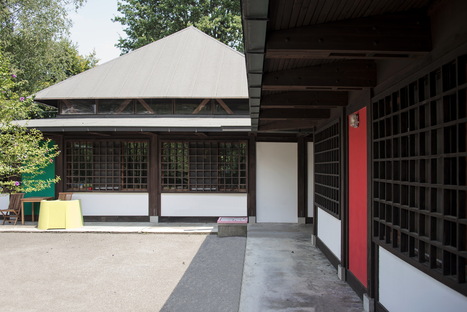