Mirasol House by JiA-Jose Isturaín Arquitectura, a renovation in Panama

In the stunningly beautiful backdrop of a mountainous zone, architecture firm JiA-Jose Isturaín Arquitectura Panama has refurbished the guesthouse on the Mirasol estate. 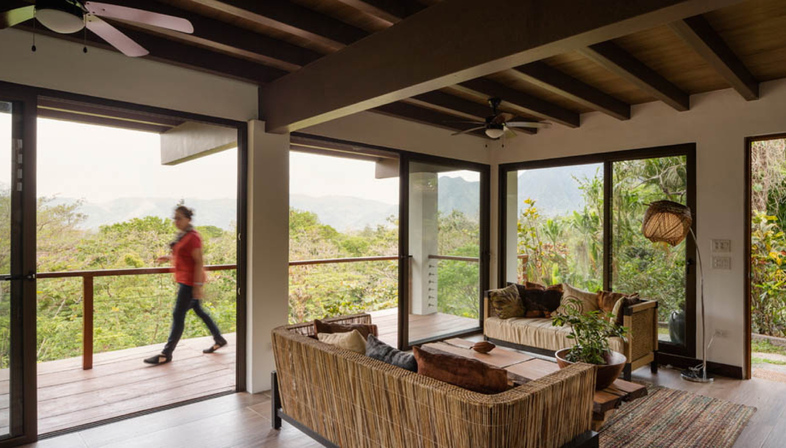 In the stunningly beautiful backdrop of a mountainous zone, architecture firm JiA-Jose Isturaín Arquitectura Panama has refurbished the guesthouse on the Mirasol estate. Their makeover repurposed some of the original materials from the old construction and was very attentive to connecting with the landscape.


The town of El Valle de Antón in Panama is located about 600 metres above sea level, in a very attractive environmental context. It sits in the flat wide caldera of the 6 km wide El Valle volcano that has been inactive for about 300,000 years. It enjoys a comfortable climate, cooler than the hot humid lowlands of Panama, and offers lots of natural attractions, including two majestic waterfalls, but more importantly the lush forest. Part of this is protected and is one of the last habitats of the critically endangered Panamanian golden frog.
The environmental backdrop clearly had an effect on the project by JiA-Jose Isturaín Arquitectura, the firm that the owners appointed to give the old Mirasol estate guesthouse a bit of a makeover. The guesthouse was a sustainable building long before the term was even coined, because the original single-storey frame had been erected using sleepers from the Ferrocarril Transístmico de Panamá railway line, circa 1850.
The architects' first step was to carefully study the building and the surroundings, then they opted for a much more complex project than the original brief, in order to expand the total living area without increasing the footprint. So, they removed the sloping roof and veranda and added a new floor on top of the house, where they located a second bedroom with a bathroom plus a large terrace. This has become the new community area and fosters interaction between the house and its occupants and the surrounding nature, which was lacking before due to a lack - or rather the small size - of the openings. The original functions were kept on the ground floor, which was separated into bedrooms and a large open living and kitchen area that opens onto the glassed-in veranda covered by the new terrace.
This design option improves the relationship between indoors and out by providing a great view of the jungle and nearby mountains. At the same time, it also brings in more daylight consequently making the interiors brighter and, of course, more sustainable.
Jose Isturaín reused some of the original materials, like the wood and the clay tiles. Then again, the structural steel beams for the framework of the extension were reclaimed from a building under demolition near the project site. In all of this, the architects tried to minimise the house's environmental footprint and the visual impact of their work. They did this by completely blending the house into the lush verdant surroundings and this is made very clear in the photographs by Fernando Alda. 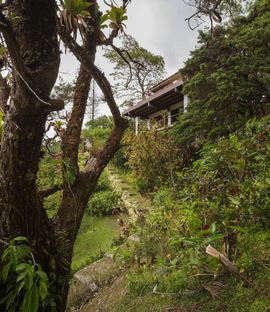 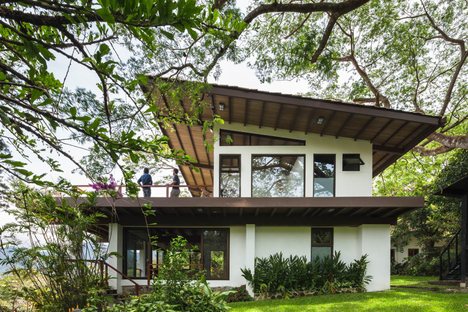 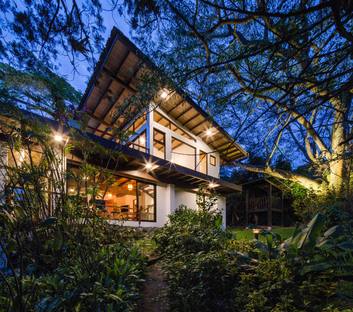 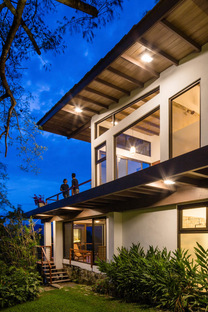 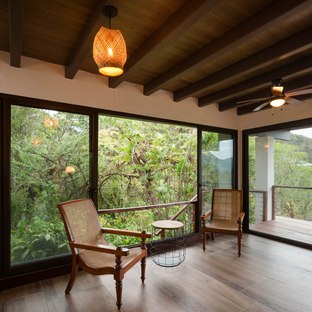 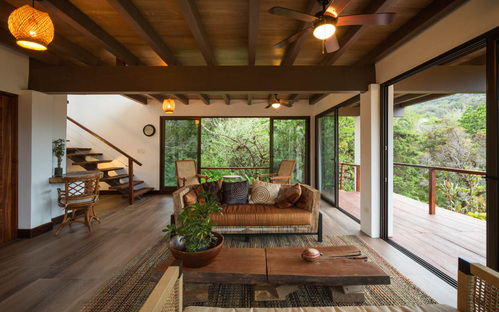 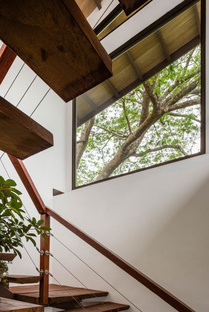 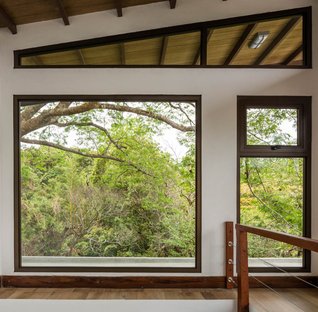 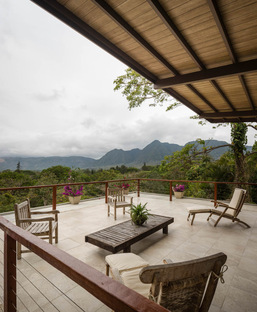 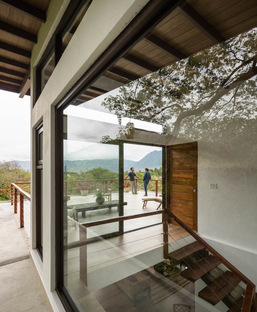