CAMP - Center for Architecture and Metropolitan Planning is an urban hub that aims to support and drive public debate about the development and planning of the city of Prague. Housed in a modernist building designed by the famous Czech architect Karel Prager, CAMP has been given a makeover by the Prague studio NOT BAD. 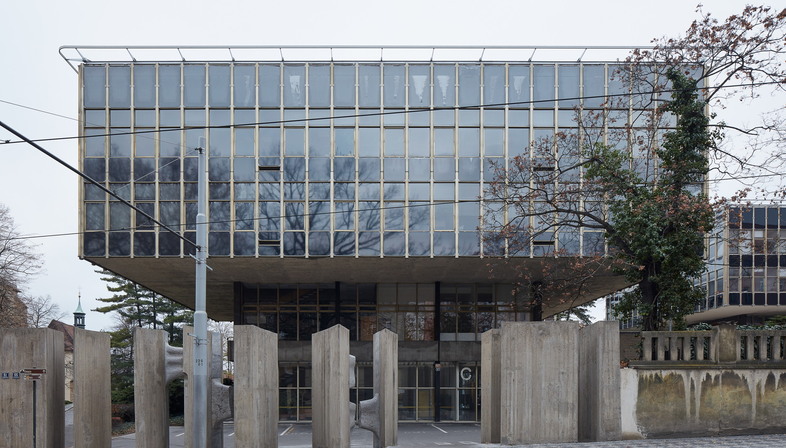 The Centrum architektury a městského plánování (Center for Architecture and Metropolitan Planning), better known as CAMP, is located in a building designed in the 1960s and built in the 1970s by the renowned Czech architect Karel Prager. The architecture was embedded in the bombarded section of a medieval monastery complex in Prague’s New Town district. This set of three dark prisms was wrapped in a pale skin and elevated above the ground by a two-storey plinth. At the time it was built, it served as a facility for the Design Institute of the City of Prague. The large exposition hall (the “Baucenter”) was already included in Prager’s original concept but apart from a few exhibitions in the early 1990s, the space was never really used for its original purpose until the opening of CAMP.
It fills a gap in the city of Prague that until now did not have a centre dedicated to the themes covered by CAMP. After the major refurbishments carried out by the design team at NOT BAD, the 1960s building has all the spaces required to host a diversified programme of public debate, conferences, workshops, film screenings and other activities focusing on the city’s future development and sustainability.
The project by NOT BAD was not a general reconstruction of the existing modernist building but the studio still attached great importance to the preservation of Karel Prager’s original architecture. Notably, in the case of the two halls, they put a great deal of effort into making the most of their generous spaces and making them as multipurpose as possible.  The result is two multifunctional halls that form the focal point of CAMP. First up, they stripped away all remnants of the past, revealing the original high-quality materials of ceramic wall tiles and limestone floors that had been covered up over the years.  They then decided to change the layout of the exhibition spaces and services to make the purpose of each element clear.
The larger, “black” hall can accommodate up to 250 visitors and is completely devoid of natural light. It is dominated by a 24x4-metre wide-screen surface that offers new possibilities for working with images and, in addition to the audiovisual tracks accompanying exhibitions and lectures, it also showcases, for example, a 1:1 scale simulation of an urban city space. Annexed to this hall is a small arena used for discussions, smaller lectures or a movie theatre. The library, along with the study hall and bookstore, is on the other side of the projection wall. The large glass atrium where the entrance and cafè are located lies in the centre of the blocks designed by Prager blocks. It gets plenty of sunlight and is a transition zone that segues into the “white” conference hall with transparent walls on three sides - a real receptacle of sunlight.
The architects from NOT BAD worked with Ex Lovers & Martin Groch for the visual identity of CAMP. This concept is based on a square grid derived from the format of the original ceramic tiles, a dominant and authentic element of Prager’s architecture.
CAMP - Center for Architecture and Metropolitan Planning aims to be a hotspot of urban planning in the heart of Prague, to boost public debate on development in the Czech capital. The project by NOT BAD has injected this modernist building with new life as an example of how the city’s architectural heritage can become an activator of the urban space. 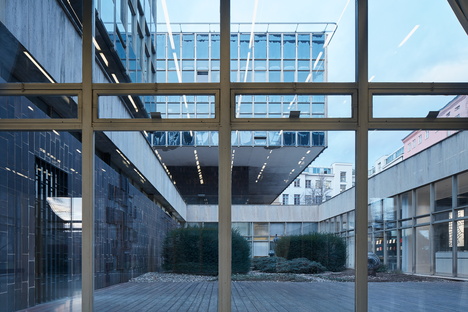 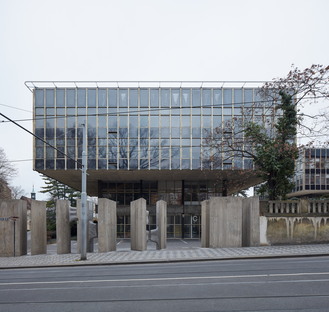 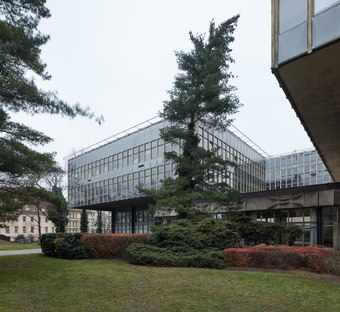 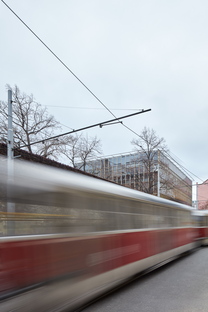 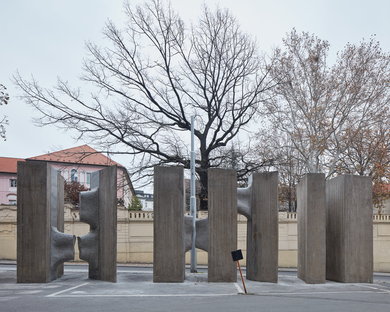 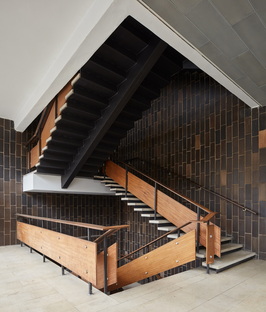 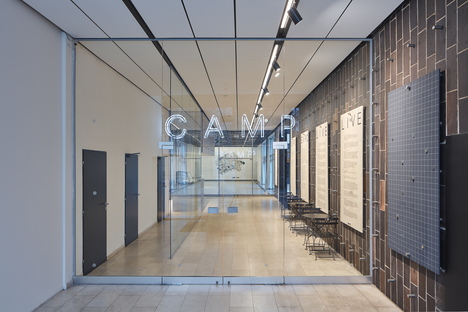 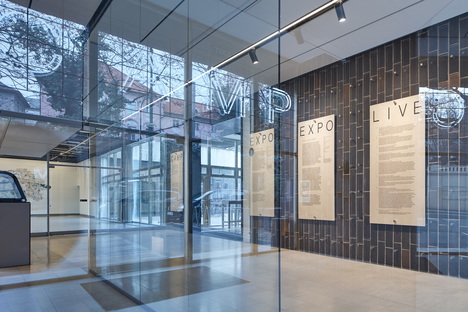 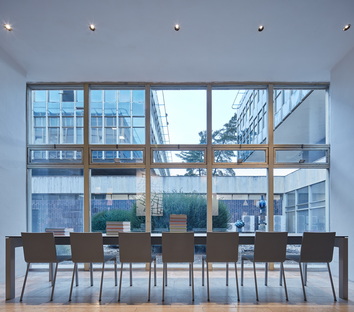 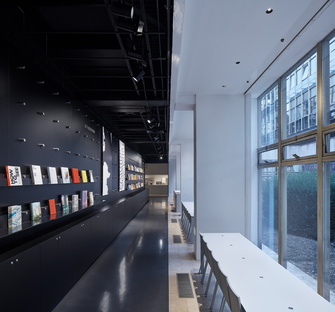 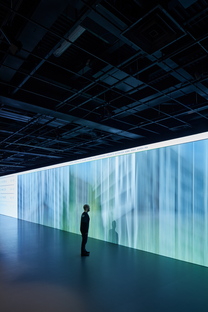 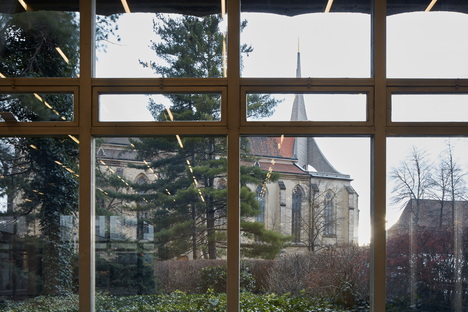 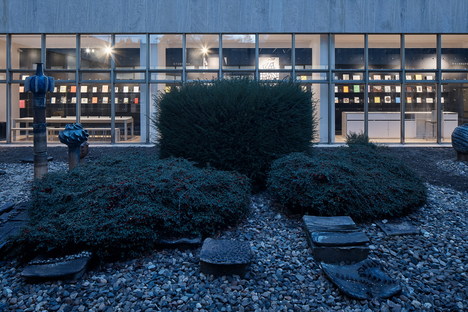 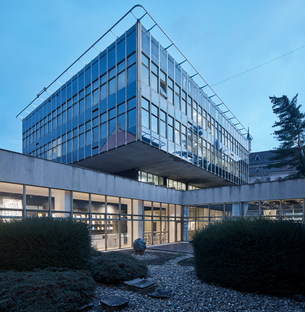 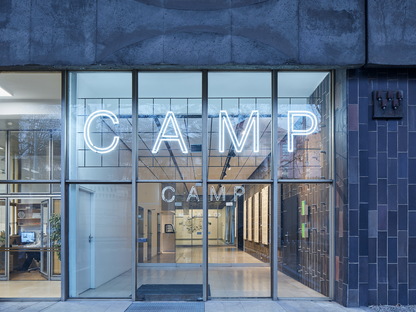