Blizzard2016 – the day after with Livegreenblog in NYC

Livegreenblog and Floornature in New York during the record-breaking blizzard. 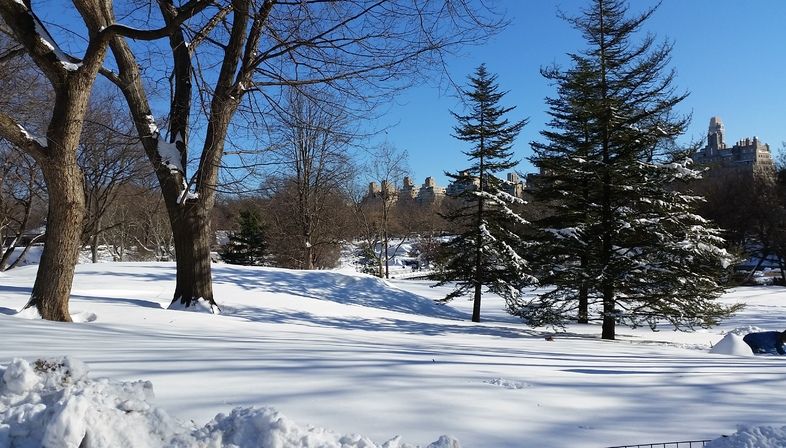 Livegreenblog and Floornature in New York during the record-breaking blizzard. Despite all the associated problems - New Yorkers hunkered up at home, crippled public transport and businesses closed - the Big Apple blanketed in snow was a truly memorable show for locals and tourists alike. 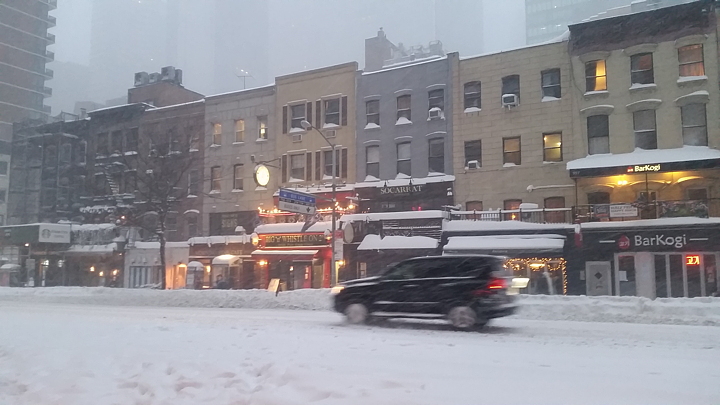 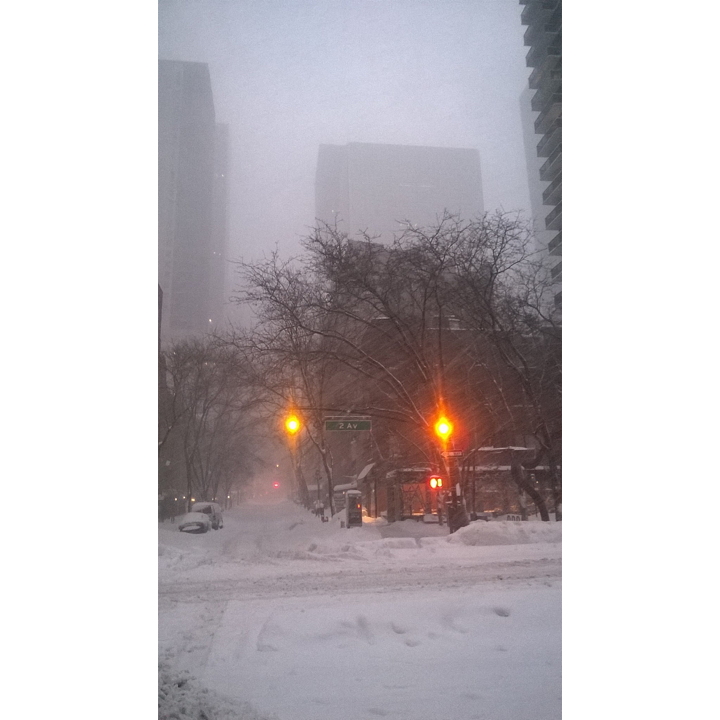 "Travelling is like dreaming: the difference is that, on waking, not everyone remembers the journey, whereas everyone vividly preserves the memory of where they have stayed", wrote Edgar Allan Poe and we have fond memories of a frozen, snow-covered Manhattan. 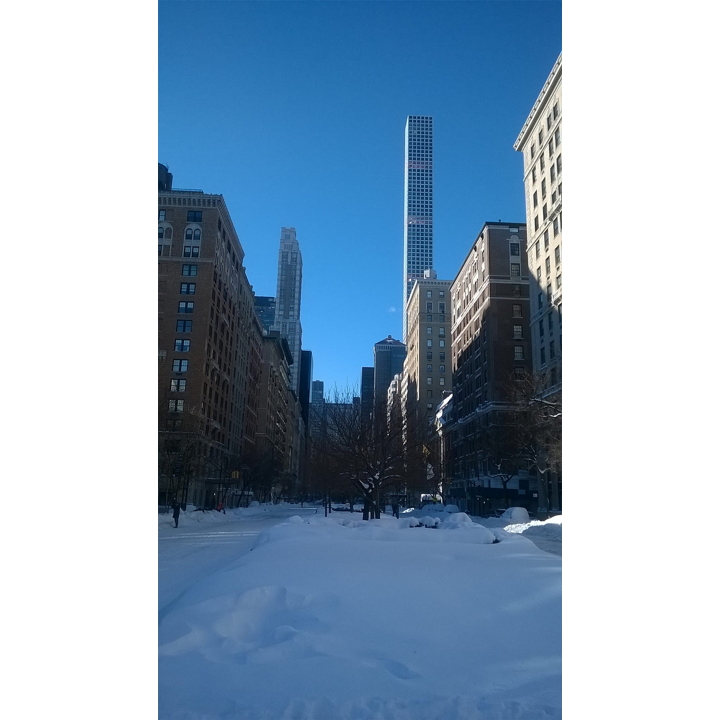 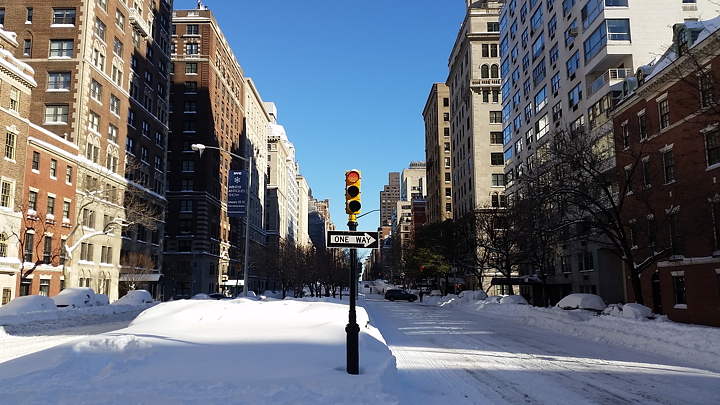 Although there is no doubt that Jonas, #blizzard2016 caused major disruptions in the city, on Sunday 24 January we were greeted with clear blue skies and New York under a mantle of pure white snow. So Floornature went for a walk in the direction of snowy Central Park; in the near future, we'll blog about the green of High Line and Battery Park, before the snowstorm struck. 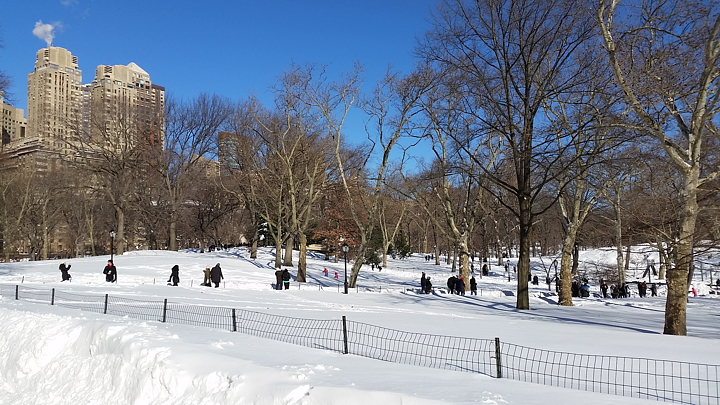 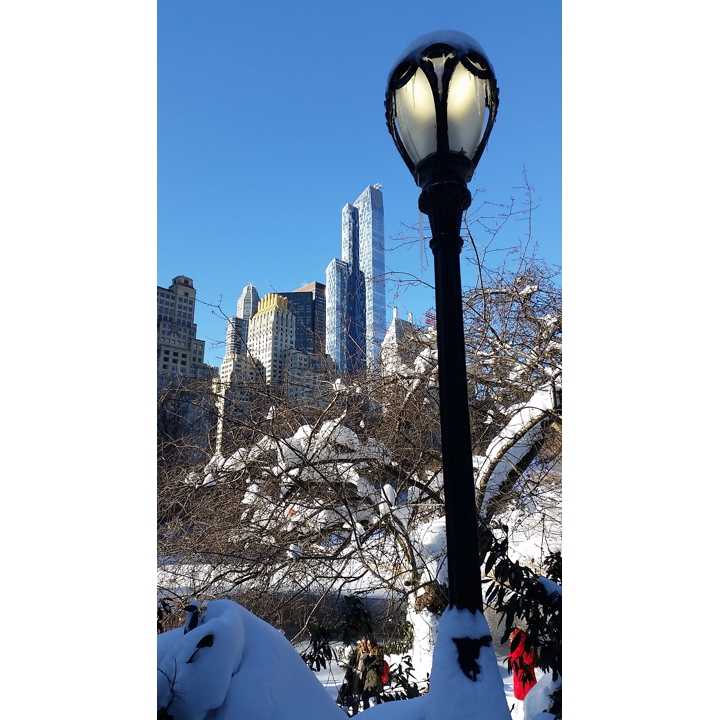 An incredible hushed effect caused by the practically non-existent traffic, people standing in the middle of the snow-covered avenues to get better shots of the city blanketed in snow. When we got to Central Park, we felt as if we were in the middle of a Brueghel painting: the intrepid joggers, people taking selfies in front of the snow-covered view, young kids and kids at heart having the time of their lives on sledges or snowboards or throwing snowballs, or whatever other fun took their fancy. 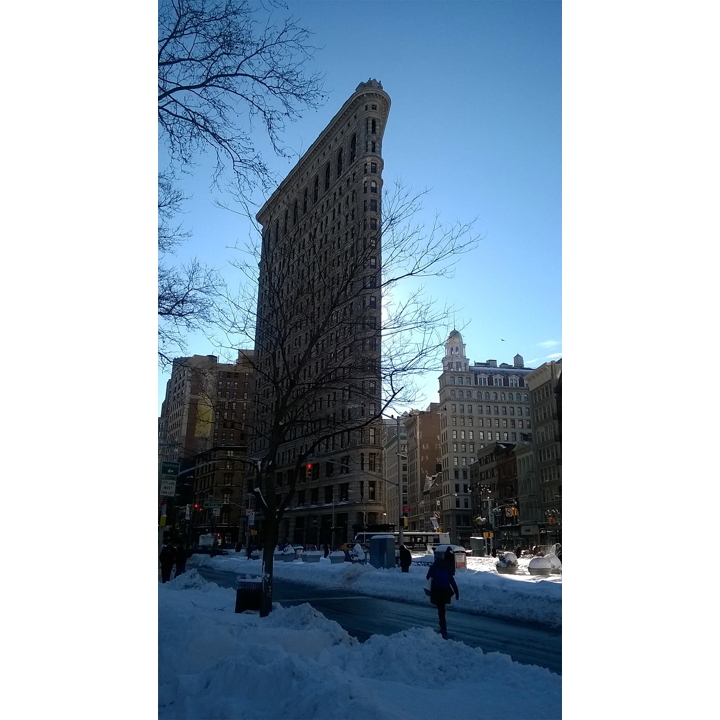 Everyone with a smile on their face, because New Yorkers were taking over their city again, reclaiming it from the supremacy of vehicular traffic.
The sun and the snow brought all of Manhattan out and about on Sunday afternoon - the sidewalks were packed, but nobody was in a hurry, everyone was relaxed - after all, it was Sunday and there was fresh snow on the ground. 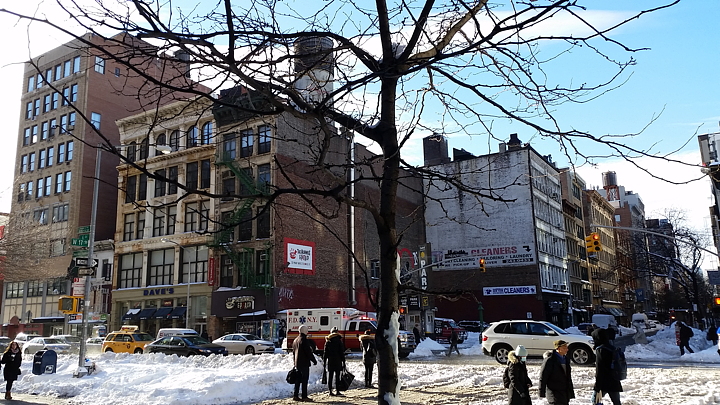 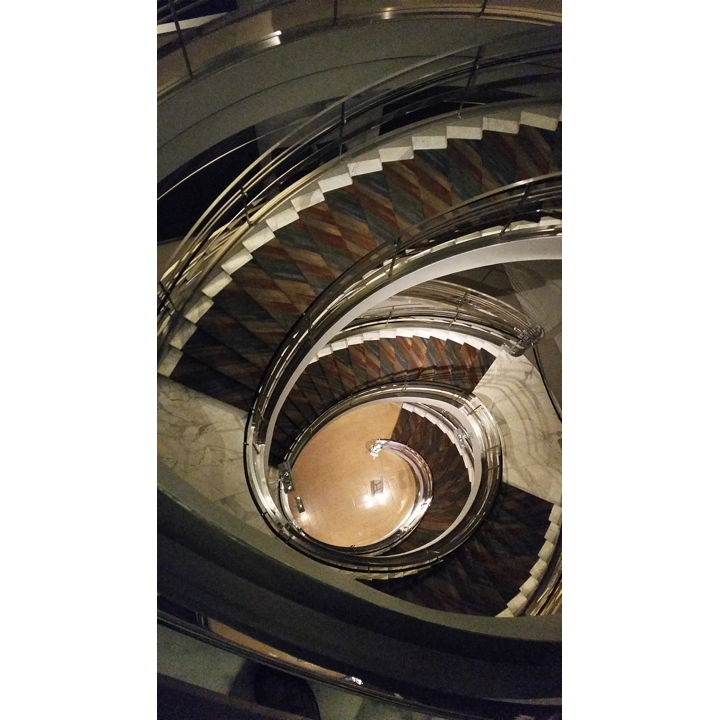 Livegreenblog and Floornature took the opportunity to visit the Rubin Museum of Art, a cultural hub in the nieghbourhood of Chelsea. A small, intimate museum that we really enjoyed, particularly because it inspires visitors to make connections between contemporary life and the art and ideas of the Himalayas, India, and neighbouring regions. An island of peace. 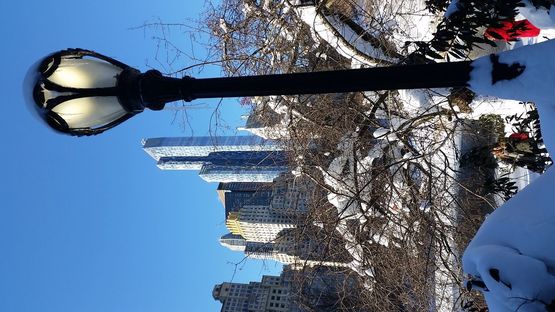 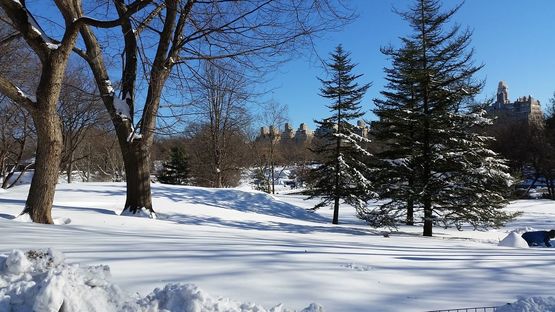 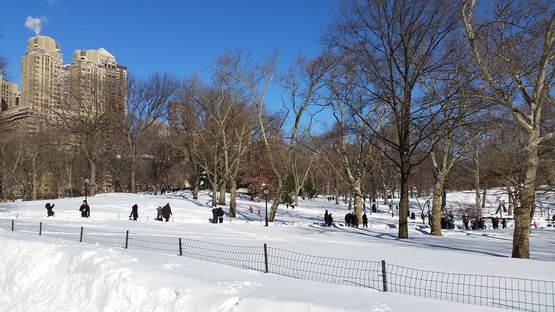 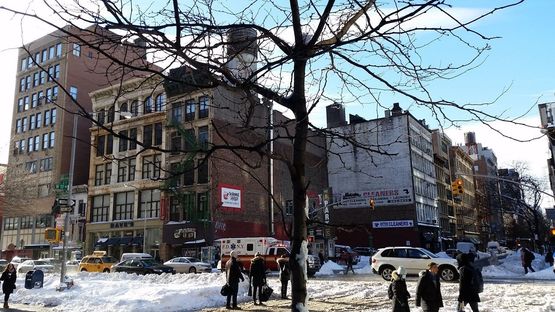 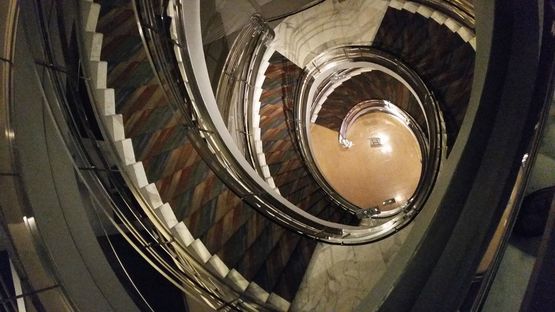 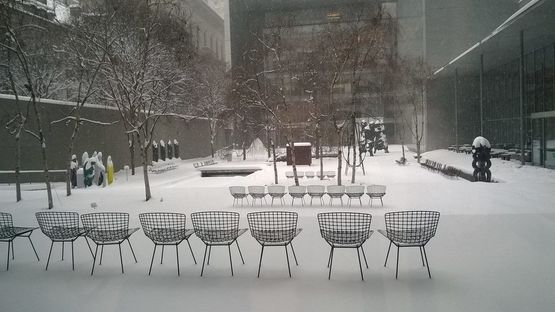 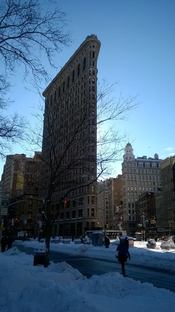 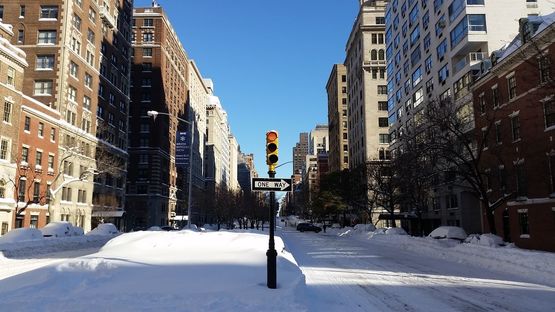 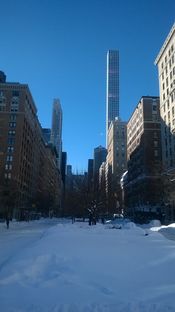 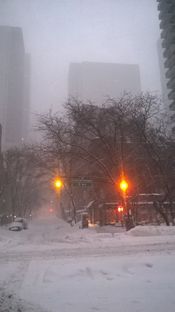 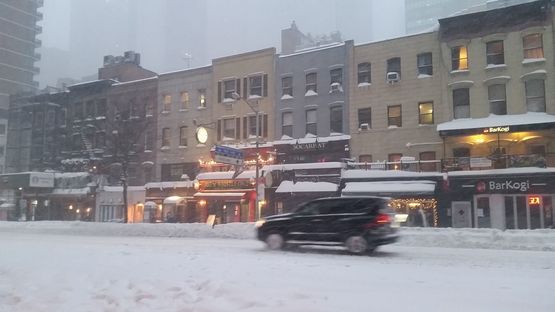 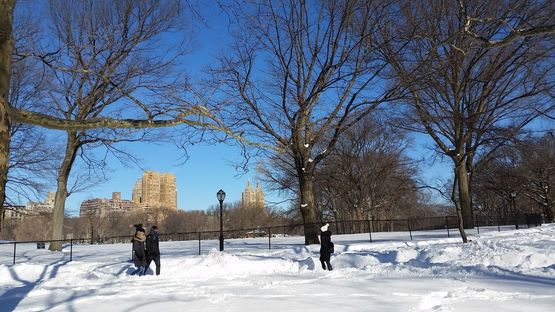