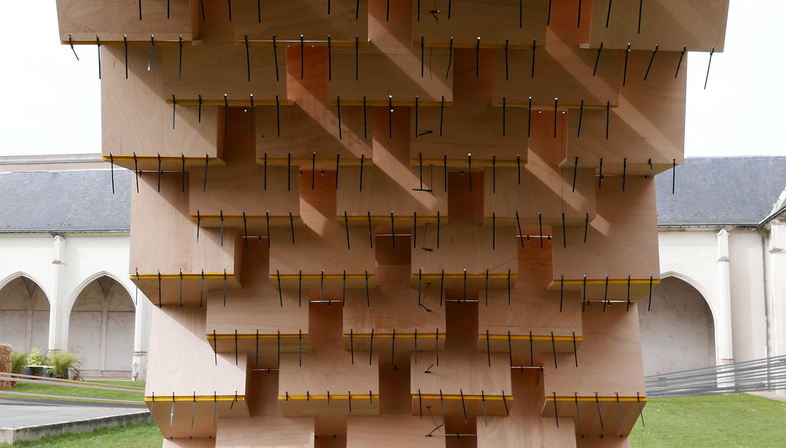 
When you think about modular structures, lots of associations come to mind. Most of them reference simple, linear structures, basically rather nondescript boxes without much aesthetic value. But it really doesn't have to be like that and this is demonstrated by the output of the workshop led by Atelier YokYok with the students from the Orléans School of Art and Design in Higher Education, France. The Accordion Arch is a response that transcends the stereotypes normally associated with a modular structure because it is a highly detailed, multi-layered composition and not at all square.
After the first week of the workshop in January, which covered the design, a second stage followed in early April which focused on constructing the first prototype of the Accordion Arch to a scale of 1:1. During the workshop, the students studied the use of notches and incisions in the wood panels to come up with the arch. They went on to design a number of models based on five ideas. Driven by the desire to save on materials and details, the projects represented different ways of generating space by adding simple modules.
These modules are a juxtaposition of design and architecture. They challenge the relationship with the material, the detail of the assembly, the volume and the quest for stability through folding and notching. The full-scale prototype consists of 182, 22-mm-thick plywood panels and 890 clamping collars. The structure is free-standing and diamond-shaped plywood stiffeners are inserted between the modules to stop it from flexing. The accordion arch is a screw-free structure and the only details used to join all the elements together are the central timber notches and the seams created by the clamping collars.
The Accordion Arch was constructed by Atelier YokYok and the workshop students in early April on the Campo Santo site, which is also the location of a modular and temporary extension of the school of art and design. You can visit the landmark arch until 19 April 2019, as part of the Festival Inopiné.
The Festival Inopiné, organised by ESAD kicked off on April 5 and reflects on the state of the school, on the state of society, on the role of the institution as a provider of ideas through imagination, experimentation and creation and is divided into two events. On the one hand, the second edition of the international “design TOGETHER” week, with a network partner schools of ESAD, and on the other the “Manifesto on the Campo Santo” with a number of contributions from local institutions and artists, including, of course, the modular Accordion Arch by Atelier YokYok. 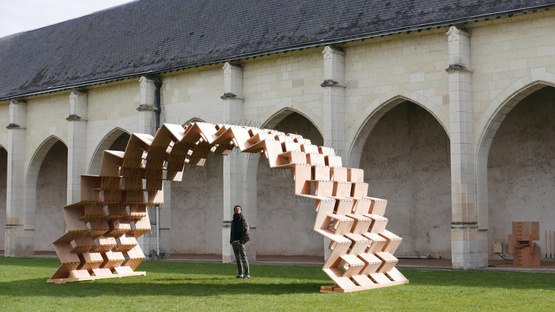 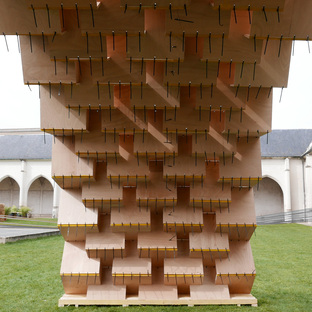 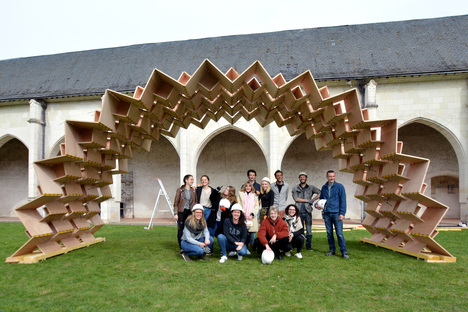 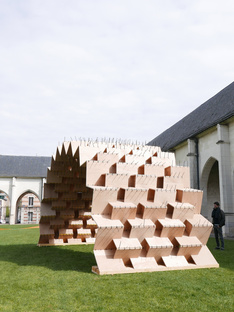 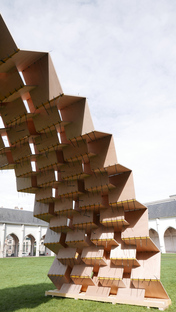 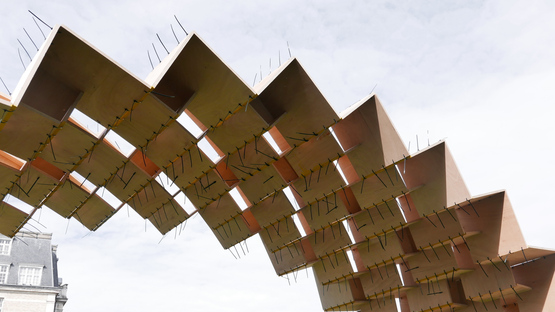 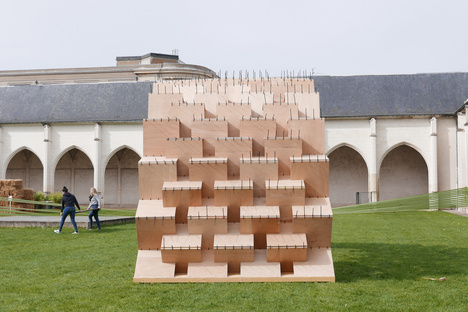 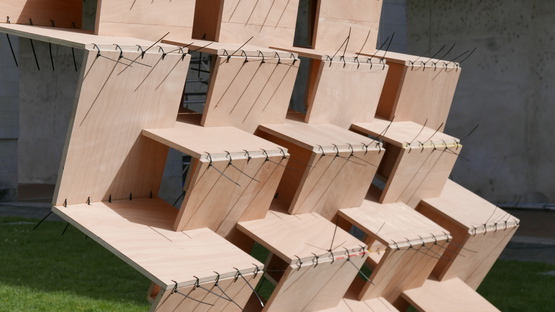 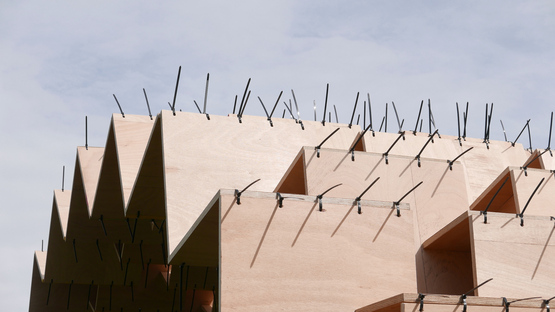 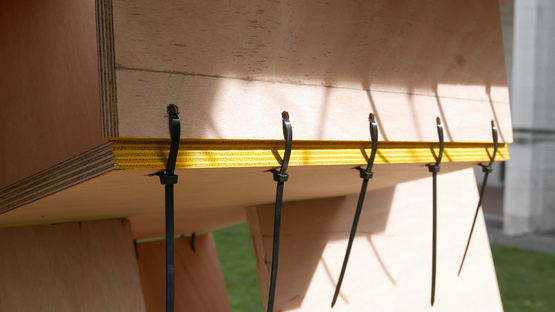