The French studio Atelier YokYok, whose work represents a synthesis between art and architecture, has created the project to convert an old stable into a new restaurant in Saint-Sébastien-sur-Loire. Located on the île Forget, the renovated building, characterised by a striking blue colour and an iconic white canopy, enriches the visitor experience in the town’s fluvial area. 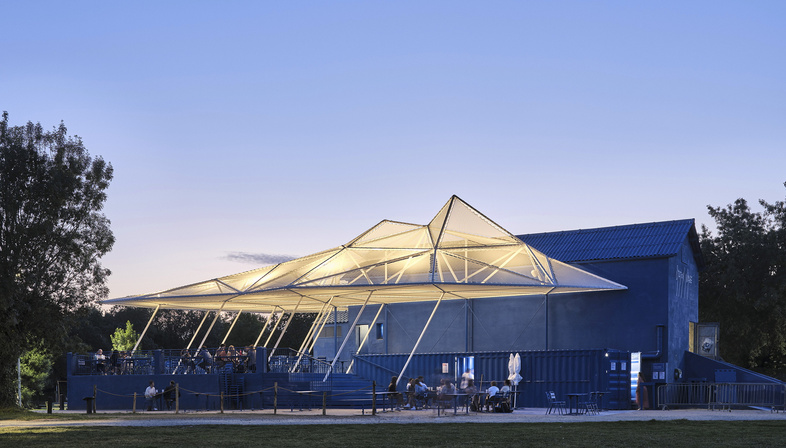 Saint-Sébastien-sur-Loire is a commune of 26,000 inhabitants located on the left side of the Loire, facing Nantes, the capital city. The town is home to a beautiful park on île Forget, a true oasis of peace in nature, easily reachable from the mainland. Until the middle of the last century, cows grazed on the island. It is precisely to this period that the pre-existing building that was the subject of the intervention carried out by Atelier YokYok dates back.
The creative minds of the Paris-based studio were engaged by the Le Voyage à Nantes, a cultural project aiming to promote the cultural programme launched by the city of Nantes and, more generally, the Nantes Métropole destination. In particular, Le Voyage à Nantes promotes an “extensive monument” that stretches for over 20 kilometres. A green line drawn on the ground that accompanies tourists and residents to discover the local territory, which also includes the île Forget, with its rich rural past.
The old building is located on the bank of the Loire River, in a flood zone. It is the only building on the island, whose original function explains its unique and archetypal morphology. As Samson Lacoste, artist, architect and co-founder of Atelier YokYok explains: "The challenges of this project were many. It was about transforming the place and giving it a new life, to then orient it towards the park to create a dialogue and unify it to make it more clear and visible. Finally it was definitely important to tell a story to stimulate people’s imagination and provide passersby with a different type of break in the landscape.”
But let’s take a closer look at the intervention carried out by Atelier YokYok, known for designing projects with a strong visual impact, often playing on sculptural forms and colours, as is also the case for Station Nuage. In order to offer hospitality for the island’s visitors, with a bar service and the ability to hold events, it was in fact necessary to enhance the comfort of the site. From an architectural point of view, the pre-existing structure was equipped with a beautiful terrace overseeing the river. This terrace, in turn, has been enriched with a white canopy, the “cloud” from which the project takes its name.
The white metallic structure rests on white metal tubes whose angled geometry brings to mind the dynamics of rain and wind. The triangular elements of the canopy seem to float in front of the volume, like a cloud. This floating object covers and brings its shadow to the terrace, featuring blue triangular tables also designed by Atelier YokYok. “The aim with Station Nuage is to bring a symbolic object into the park. To create an image visible from far away that acts as an inviting call. The cloud is here a revisited familiar poetic object.” – explains Luc Pinsard, artist, architect and co-founder of Atelier YokYok, speaking about the ideas behind the design solution.
Ideas that also explain the use of the distinctive, bright blue colour used to paint the old stable: "Here blue is used, in monochrome, for its unifying power. It soothes and contrasts with the green of the park, while introducing the history of the place and serving as a support to the cloud.”
Station Nuage, work designed by Atelier YokYok, produced by Saint-Sébastien-sur-Loire in collaboration with Le Voyage à Nantes & Nantes Métropole, is a new reference point in the region, not only for tourists, but also for those who live in the area. A destination that can be reached in a sustainable way, on foot or by bike. In short, we don’t always have to go far: very often, beauty is right in front of our eyes and all it takes is a creative input to see it. 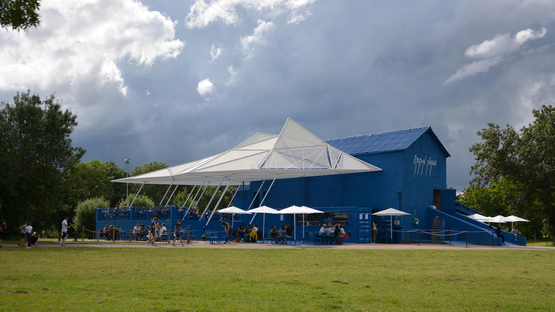 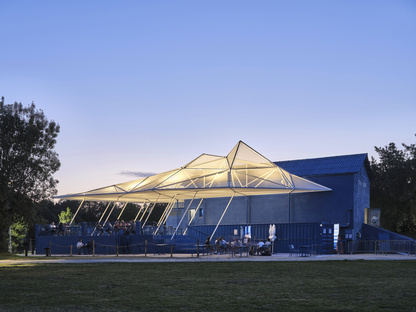 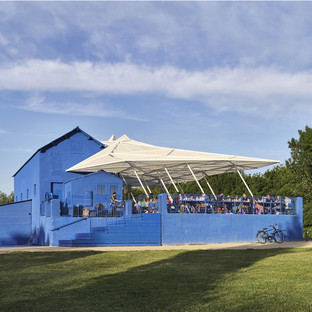 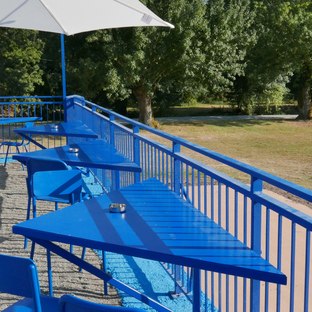 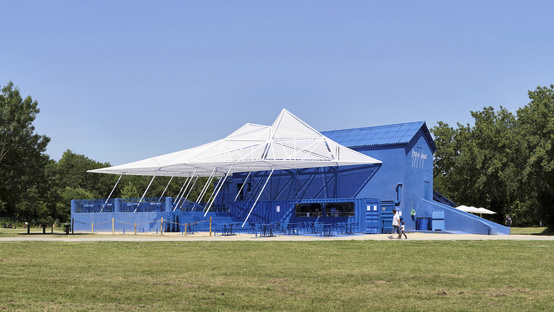 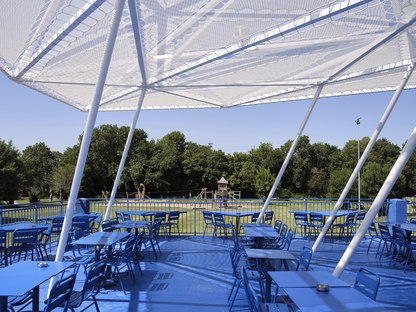 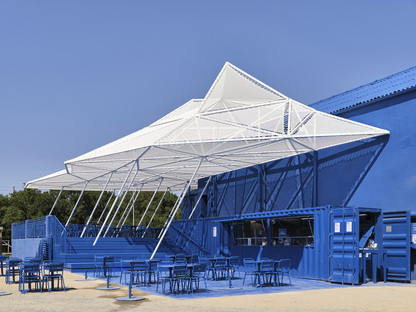 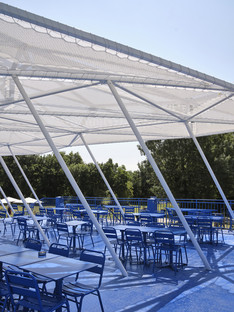 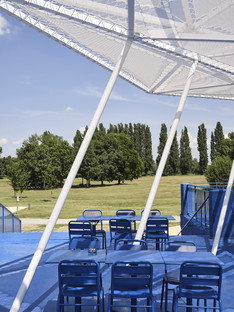 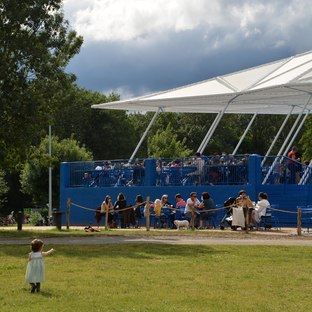 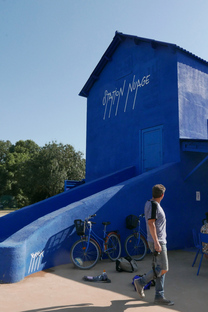 Stellar by Baptiste Debombourg in Nantes