A kindergarten near Oslo designed by Norwegian architecture practice, RRA strives to encourage the development of young children through its architectural composition. A perfect place for children to take their first steps outside the family. 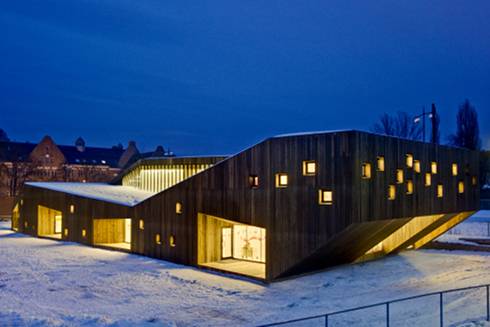 Basing their idea on the natural concept that the best seeds need optimum conditions to grow and flourish, the architects from Reiulf Ramstad Arkitekter, together with their client, view children as the citizens of tomorrow: our seeds for the future. Of course, this means that their growing environment plays a fundamental part in helping and stimulating them to develop their individual personalities.

The result here is a kindergarten that crosses traditional boundaries, at the same time showing consideration for its context, surrounded by early 20th century buildings.

Located in the middle of a small city park, the construction includes four units – two for 1-3 year-olds and two for 3-6 year-olds. The units share a common area and kitchen in the core of the building and administration offices are located on the upper floor, away from the children’s learning area. 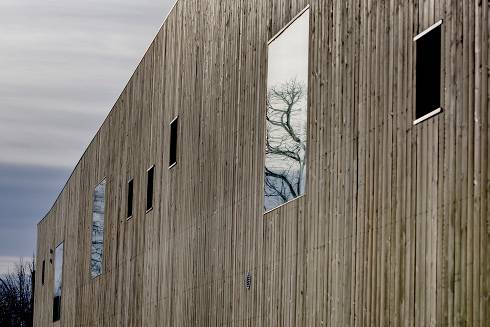 It is mainly constructed from natural wood, so the architecture integrates with the landscape thanks to the natural aging process of this material. On the other hand, large square windows encourage dialogue between interior and exterior.

The bright interior and natural skin make the Fagerborg kindergarten a magic-filled place where children can play in a structure that is built just for them and that can help them on their pathway to adulthood. 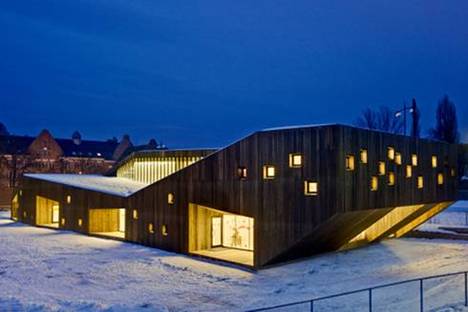