The Albion Public Library in Toronto, designed by Perkins+Will Canada, is one of the six libraries that won a 2019 AIA/ALA Library Building Award. 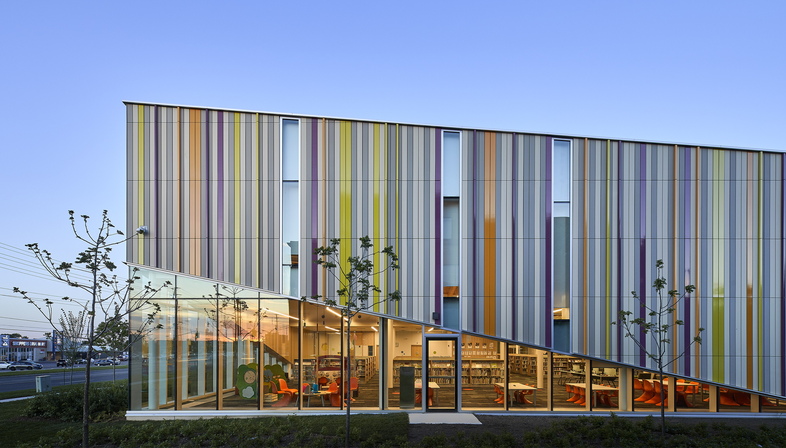 The Albion Public Library in Toronto, designed by Perkins+Will Canada, is one of the six libraries that won a 2019 AIA/ALA Library Building Award. This new library assumes a vital role in a community that has become an arrival point for new immigrants and it was built on the original building’s parking lot so the library wouldn’t have to close during construction.


Designing and building a library always presents a major challenge for architects, particularly at this moment in time when we might think that books are becoming obsolete, and public libraries with them. But the great thing is that libraries have evolved too, so their classical vocation as a place where you could consult and borrow books has changed to embrace and cater to the new needs. So libraries are turning into meeting places, cultural hubs in their respective neighbourhoods, providing a range of essential services that go much further than their original function.
This is exactly what’s happening at the Albion Public Library in a suburb of Toronto, a neighbourhood with a very high percentage of migrants where - in addition to its traditional services - the library has for some time offered the possibility of cultural orientation, social integration, leveraging of work skills and access to technology for the country’s new arrivals. Recognising its importance for the community, the architects from Perkins+Will and their client, the Toronto Public Library made the strategic decision to engage with the community and put up the new building on the underused parking lot next to the old structure. This made it possible for the library to continue to operate, avoiding the inevitable disruptions during the two years it took to build the new one. The original site was then transformed into a lush public plaza with a landscaped parking lot and space for a market square. The end result is a library with plenty of indoor and outdoor spaces to support the community.
The new library has a square footprint and its dynamic facade formed of vertical tubes of brightly-coloured terracotta acts as a kind of a screen. The bars provide a barrier that turns the library into a refuge from the outside world, on the one hand, and acts as a noise buffer from the busy, four-lane Albion Road on the other.
When you walk into the new library, the first thing that strikes you is the transparency and the visual and real connections of the interiors. This design fosters interaction, which in turn gives the community a sense of belonging. Strategically positioned glass walls separate the meeting rooms, and low visual barriers delimit areas for diversified programming and other activities.
Reflecting the needs of the community, the project by Perkins+Will has gone way beyond mere bookshelves and magazine racks, prioritising spaces for collaboration and creation. The Urban Living Room looks like an extension of a home, providing a flexible space for cultural events, concerts and readings, from the spoken word to hip-hop battles. The library’s Innovation Studio Lab contributes to cultural production and houses a myriad of STEM (Science, Technology, Engineering, Math) programming, empowering youth to enhance their technical skills in coding, circuit building and 3D Printing.
So, the Albion Public Library by Perkins+Will is actually a kind of community social centre, its creative nerve centre, a friendly place with a cultural offer for all ages. The library is one of the six winning projects of the 2019 AIA/ALA Library Building Award. 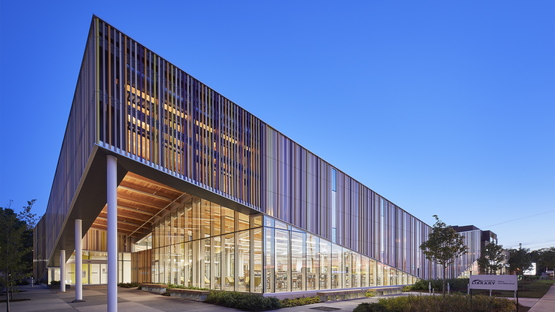 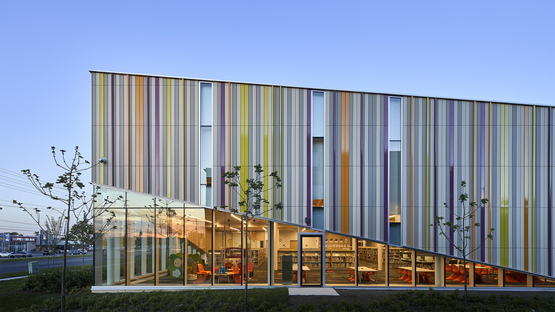 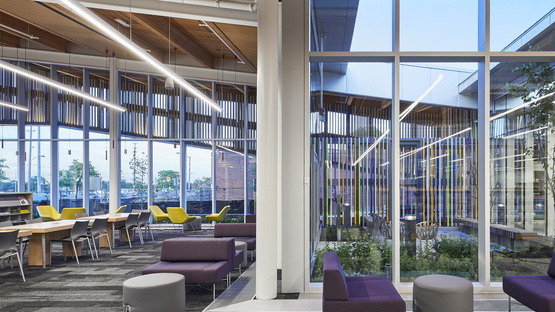 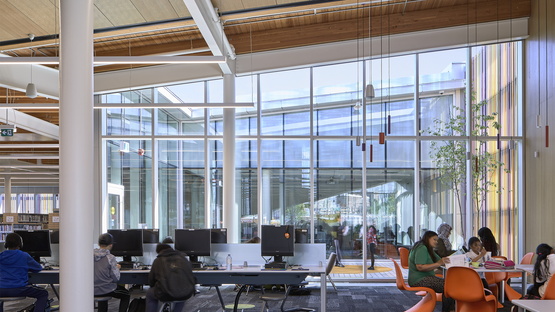 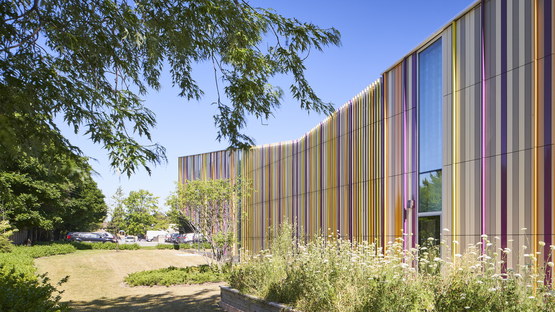