Architecture that appears like a dream against the futuristic backdrop of Sharjah in the United Arab Emirates. 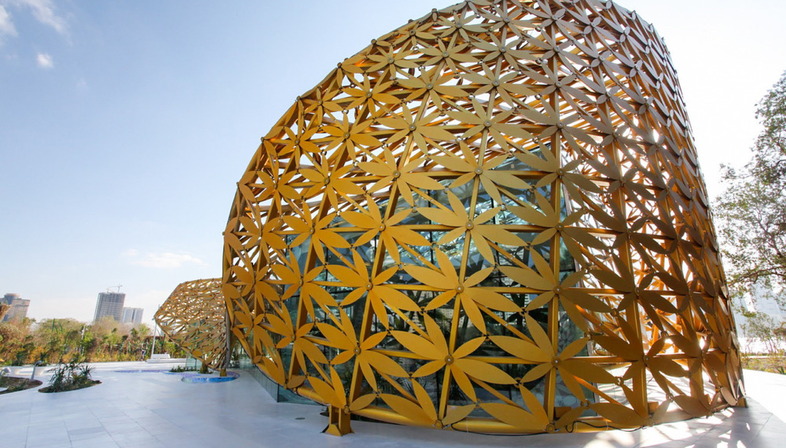 Architecture that appears like a dream against the futuristic backdrop of Sharjah in the United Arab Emirates. German firm 3Deluxe - Transdisciplinary Design has designed the elements in Noor Island Park, an enchanted garden where technology meets nature. 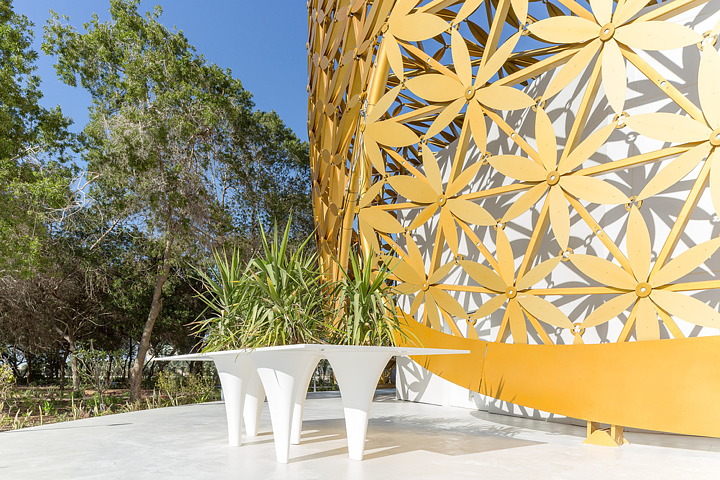 No, these aren't renderings, they're photos of an architectural and landscape project that actually exists, although with rather fairy-tale connotations, from the setting to the content. This is Al Noor Island Park, off the desert city of Sharjah, whose high-rise buildings form the distant backdrop. The island of Noor, which means “light” has been transformed into a poetic landscape by 3deluxe - Transdisciplinary Design, a German studio that has been bringing together design, architecture, art and pop culture for more than 20 years. 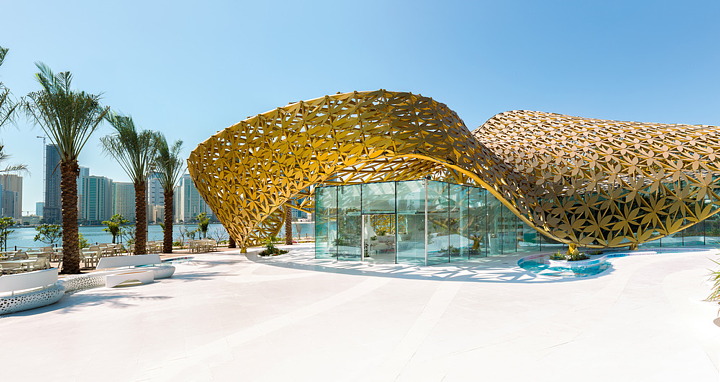 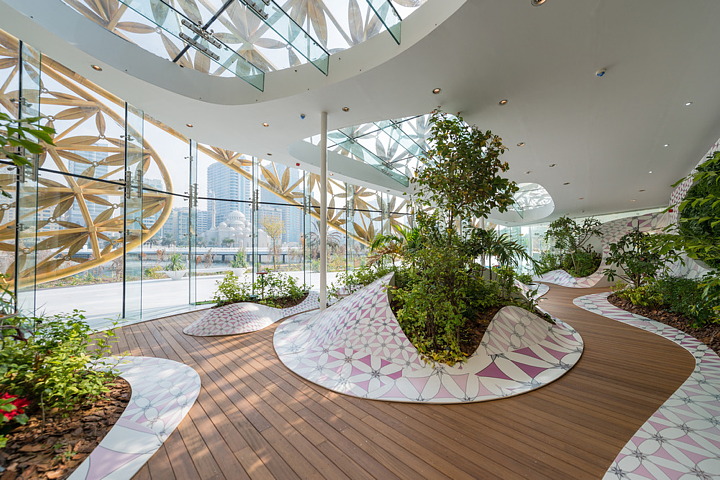 Al Noor Island Park is a new landscaped garden where state-of-the-art technology blends in perfectly with the location and its culture. So the designers have created a number of architectural elements, with the high-profile Butterfly Pavilion and its golden ornamental shading roof standing out as the most striking building. The organic steel framework is covered in thousands of metal flowers that create plays of shadow inside the glass pavilion, which also includes a rainforest habitat housing more than 500 tropical butterflies, in addition to a shop and the Noor Café 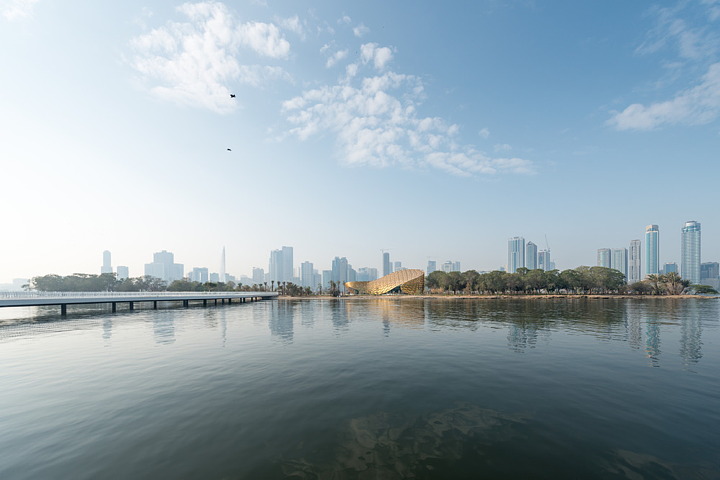 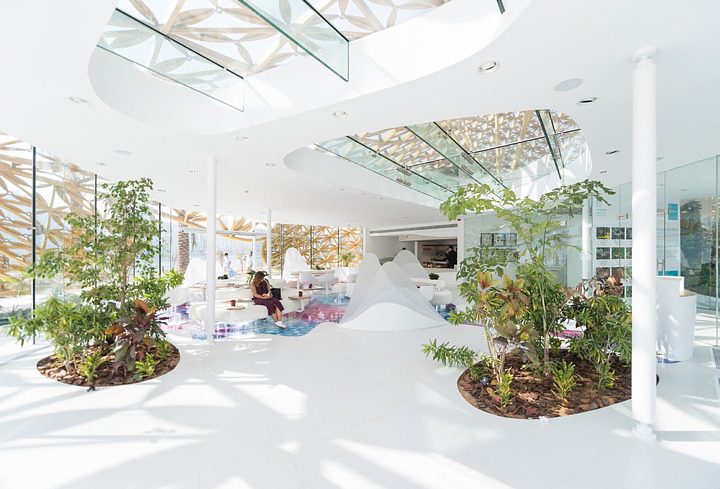 The Butterfly Pavilion is surrounded by an outdoor plaza that guides visitors to the “Literature Pavilion”, an open structure for about 40 guests that clearly references the Bedouin tents, with cushions for people to sit on, a bookshelf and a screen for showing films, as well as a contemplative section. Of course, let's not forget the bridge connecting Noor Island to the mainland, also by 3deluxe. 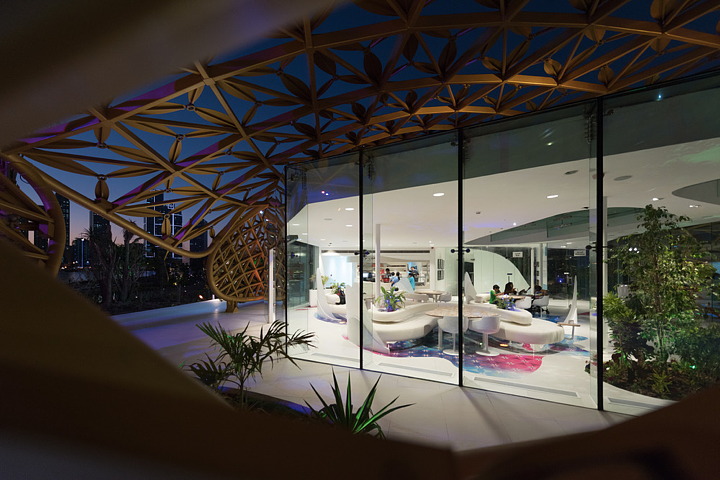 The lighting effects created by the interplay between the architectural elements and natural light during the day are taken over at night by LED lights that showcase the magic of the island with its landscaping and architecture, standing out from the mainland and at the same reaching out to the towers of Sharjah. 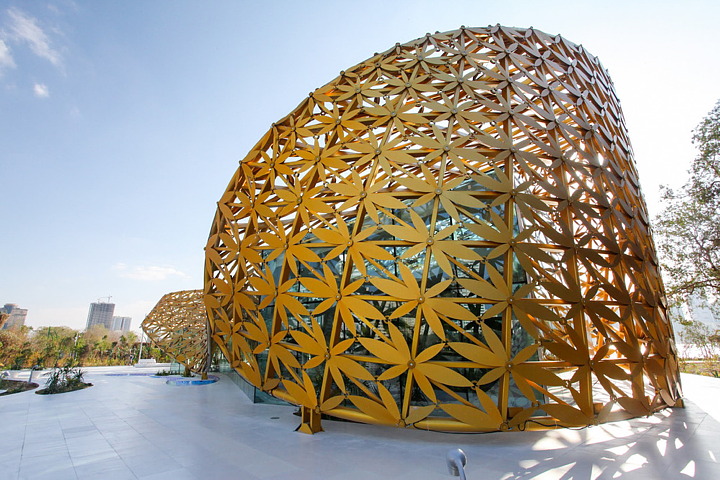 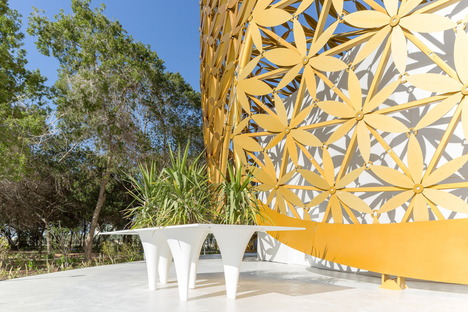 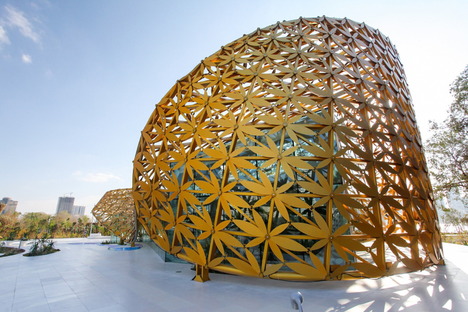 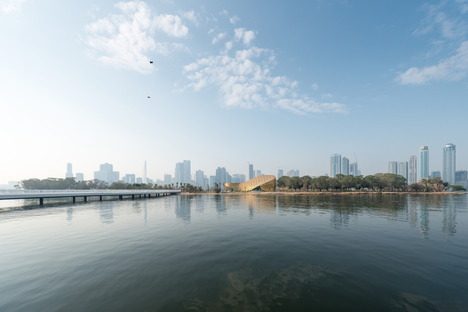 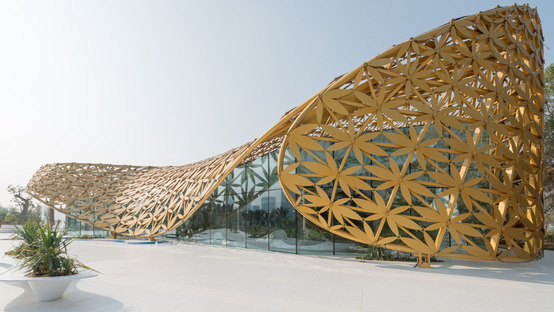 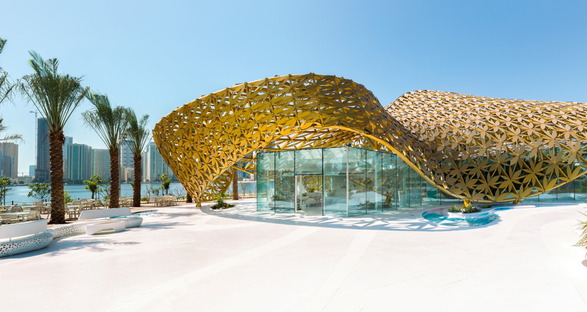 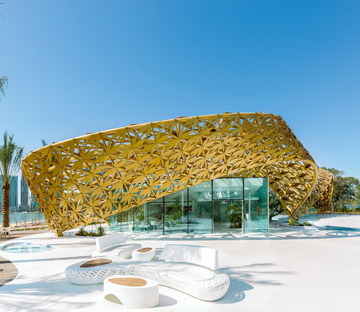 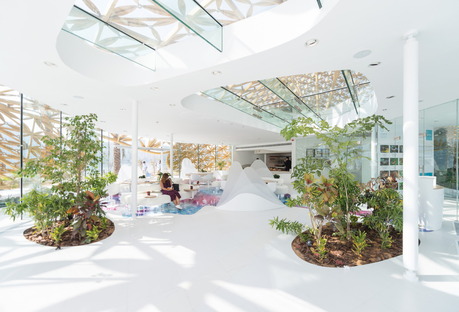 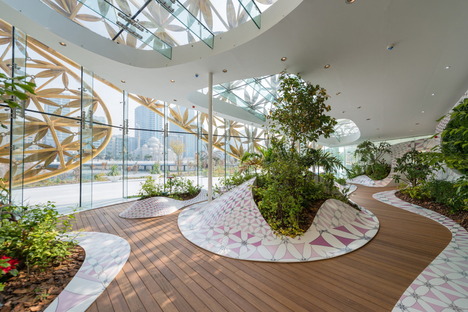 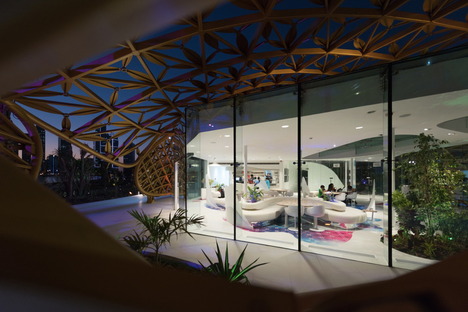 Lifescapes Beyond Bigness, the UAE at the 2018 Biennale