The Vitra Design Museum hosts the first international retrospective of the work of Indian architect Balkrishna Doshi, winner of the 2018 Pritzker Prize, known as the “Nobel Prize” of architecture. Doshi adapts the principles of modern architecture to India’s strong traditions and culture and to the country’s natural environment and resources. 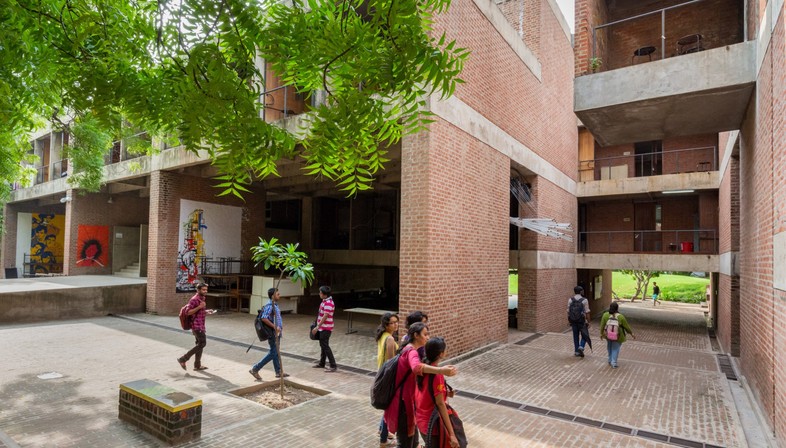 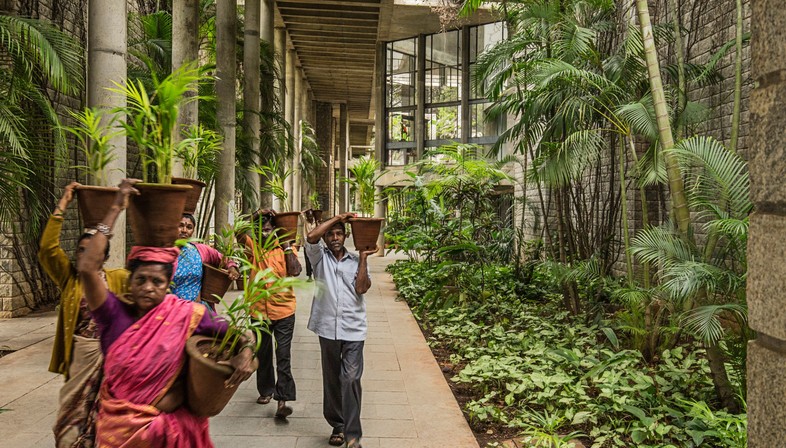 Balkrishna Doshi, an architect and urban planner born in Pune, India in 1927, is viewed as a true pioneer of modern architecture in his home country. In a career spanning more than 60 years, he built works adapting the concepts of modern architecture to India’s traditions and culture, available resources and natural environment. The exhibition entitled “Architecture for the People” draws the attention of the international public to Balkrishna Doshi’s architecture and urbanism projects between 1958 and 2014. From urban planning to university campuses, from cultural institutions to administrative offices, private homes and interior design projects, the Indian architect’s vast production includes such key pioneering buildings as the Indian Institute of Management (1977-92), his own Sangath architectural studio (1980) and his famous Aranya low-cost housing project (1989). The works reveal Balkrishna Doshi’s close ties with important masters of international architecture, after working with Le Corbusier on a number of projects, including the Indian city of Chandigarh, and with Louis Kahn on the Indian Institute of Management. 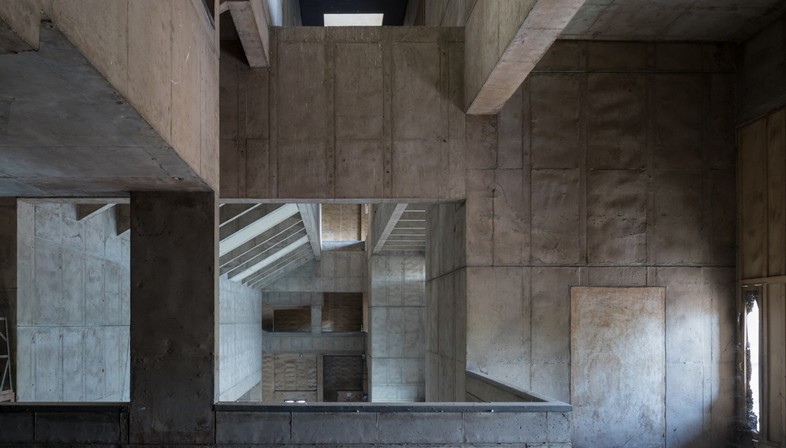 "Balkrishna Doshi: Architecture for the People" is an exhibition with two goals: promoting awareness of the Indian architect’s work among a vaster public beyond the confines of Asia and revealing how his work has helped redefine modern Indian architecture, setting an important precedent that has influenced and moulded new generations of Indian architects.
With an overview of the work of Balkrishna Doshi, the exhibition presents important reflection on the underlying ideals and the social context in which these projects were born: the architect’s Western education, his humanistic philosophy with solid Indian roots, and the rapidly evolving context of Indian society in the 1950s. Doshi developed his own unique approach to the discipline in which the concepts of modern architecture are inseparable from the concept of sustainability and from a holistic approach in which architecture is rooted in a wide-ranging context including culture, environment, and social, ethical and religious beliefs. 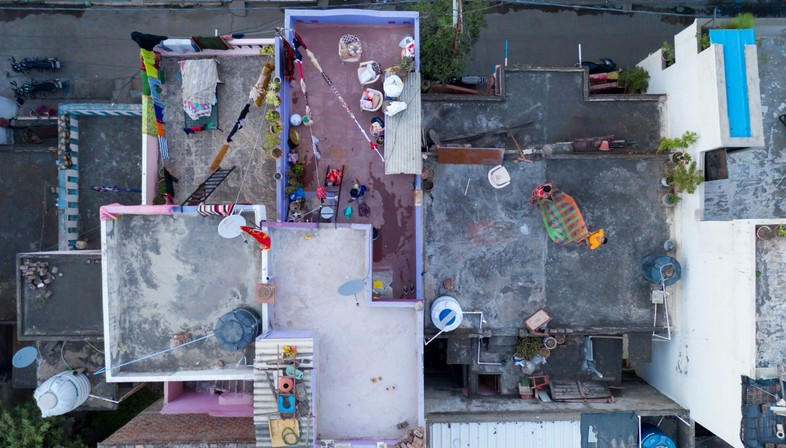 The exhibition is divided into four main sections. The first of these focuses on educational buildings, centring around the Centre for Environmental Planning and Technology (CEPT) campus in Ahmedabad. The second section, about the home, features social housing projects such as Aranya Low Cost Housing for the Indore Development Authority, which received the Aga Khan Award for Architecture in 1993. The third section is about institutional projects, such as the Indian Institute of Management (IIM) in Bangalore and his own studio, Sangath, in Ahmedabad. The final section looks at Balkrishna Doshi’s great urban planning projects. The exhibition is completed with a vast catalogue including important international contributions and a packed programme of conferences and workshops at the Vitra Design Museum. 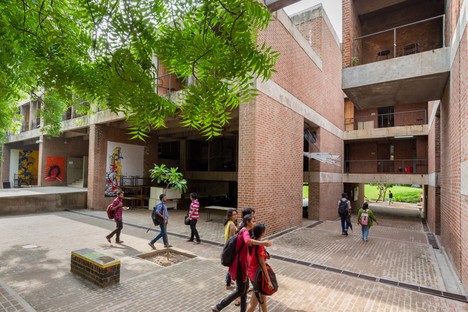 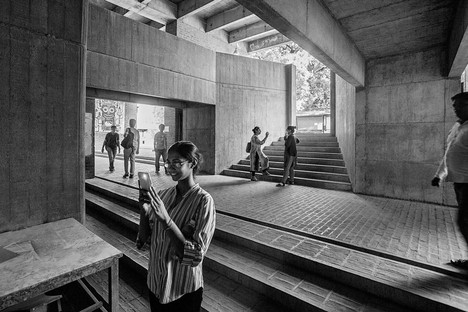 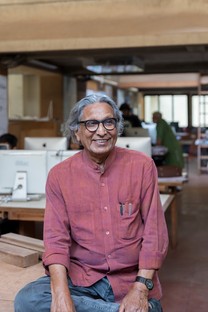 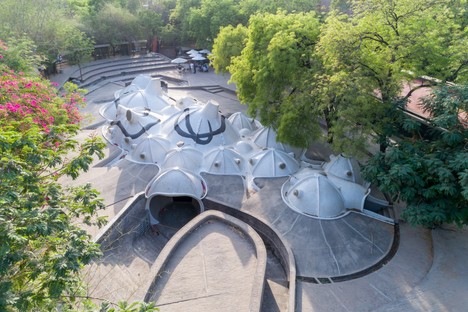 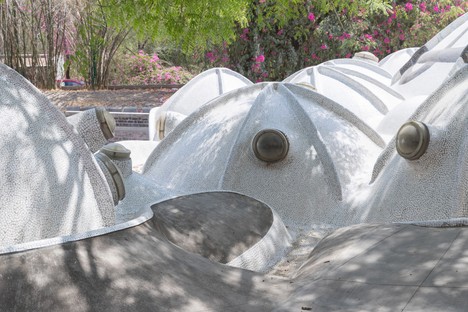 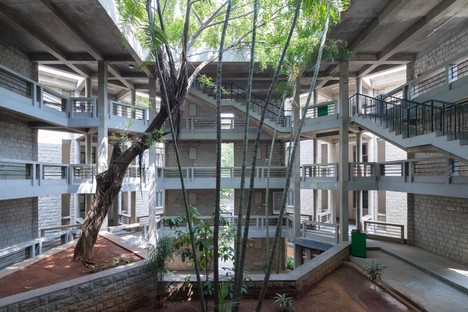 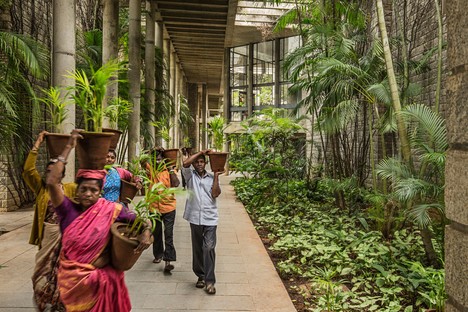 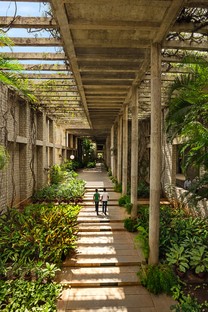 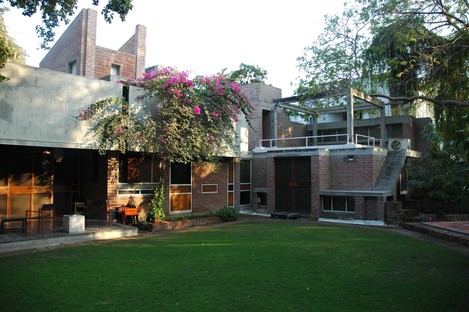 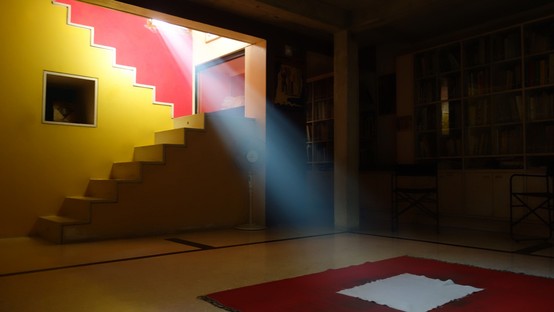 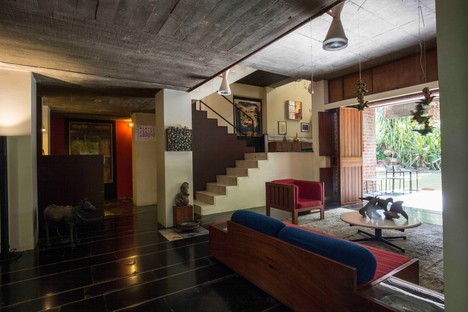 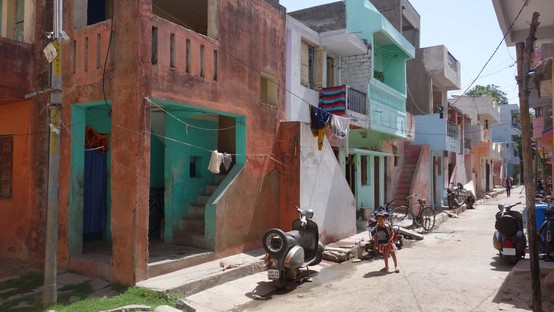 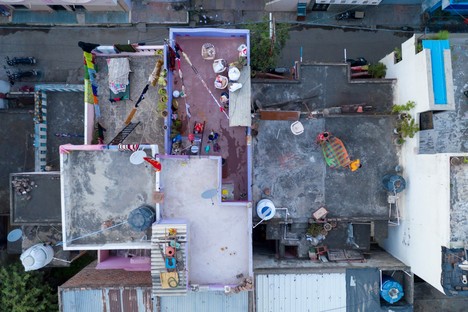 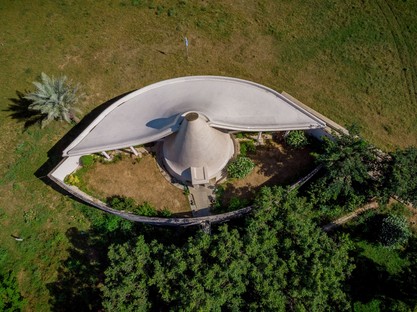 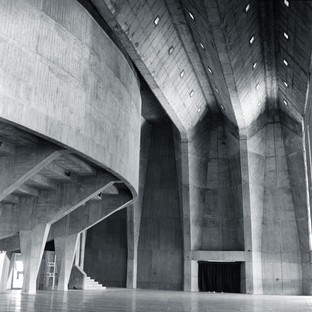 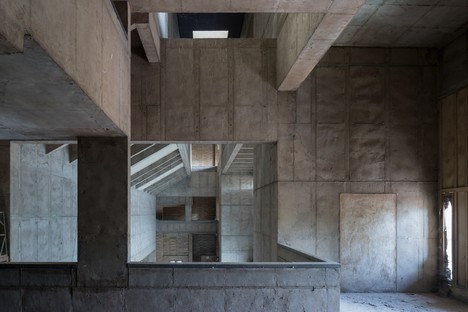 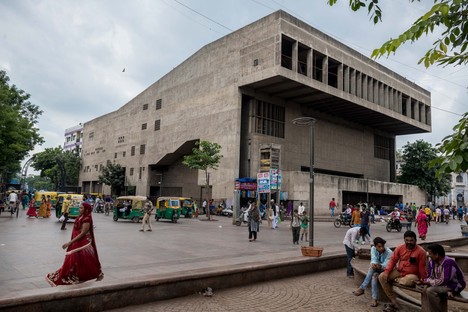