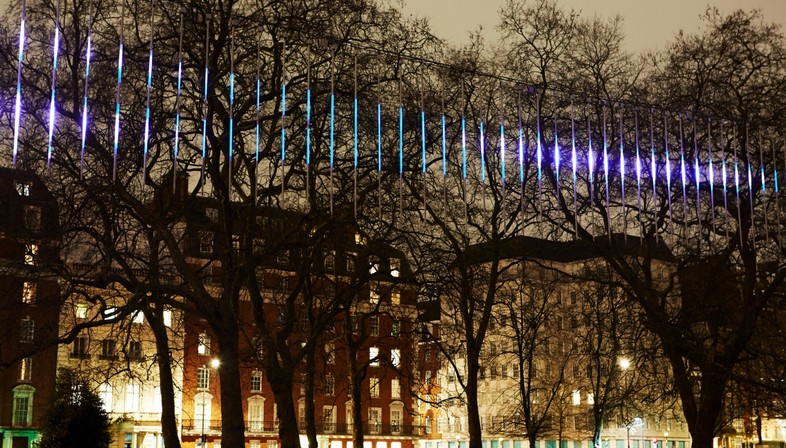 Two of Europe’s biggest light festivals, Lumiere London and the Amsterdam Light Festival, have just ended, bringing citizens and visitors striking artistic light shows every night.
Decorating cities and homes with light to convey a sense of joy and celebration is an age-old tradition that originated well before the invention of electricity. A tradition that is not only linked with religious ceremonies, but a way of lighting up the city in winter, when days are short and darkness prevails over light. This is the origin of light festivals, increasingly popular events representing an important tourist attraction and source of income for cities. At the end of the first Lumiere London, the city government announced that 1.3 million more visitors registered over the four evenings of the event.
Artistic lights, light festivals and similar names refer to more than just ordinary lighting: they involve light and art installations, games, mapping and special effects. Architects, artists and highly specialised professionals such as lighting designers transform the façades of buildings, architectural landmarks and other urban structures to amaze and astound adults and children alike. 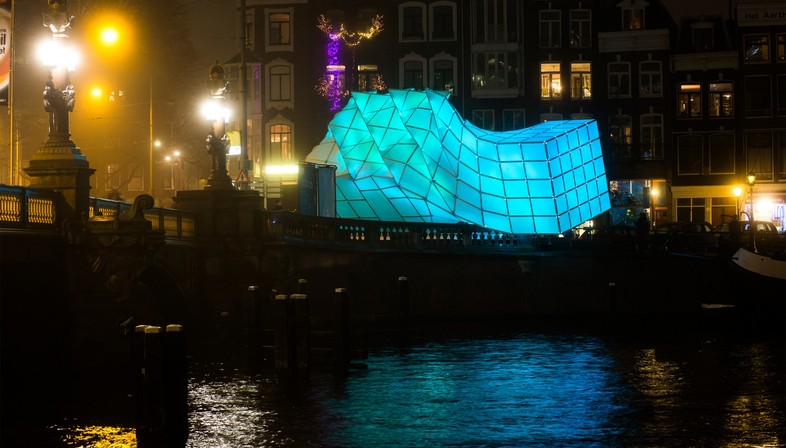 A number of cities in central and northern Europe compete to host the best light festival, experimenting with different materials and solutions. They include Amsterdam, where the Amsterdam Light Festival recently concluded. In Floornature we presented the Eye_Beacon, an information pavilion designed by UNStudio and MDT-tex for the 2016-2017 edition of the festival. The festival in the Dutch capital is a prestigious artistic event also including an exhibition along the city’s waterways, to be discovered strolling along the canals or from onboard a boat. The recent edition was attended by a prestigious guest of honour, Chinese artist and architect Ai Weiwei. During the Amsterdam Light Festival the city’s cultural institution for film, EYE Filmmuseum, held the first edition of the World Masters of Projection Mapping. Until February 9, 2018 five video artists bring the walls of the EYE Filmmuseum designed by Austrian architects Roman Delugan and Elke Delugan-Meissl in 2012

to life with their 3D screenings, dubbed “architectural maps”. 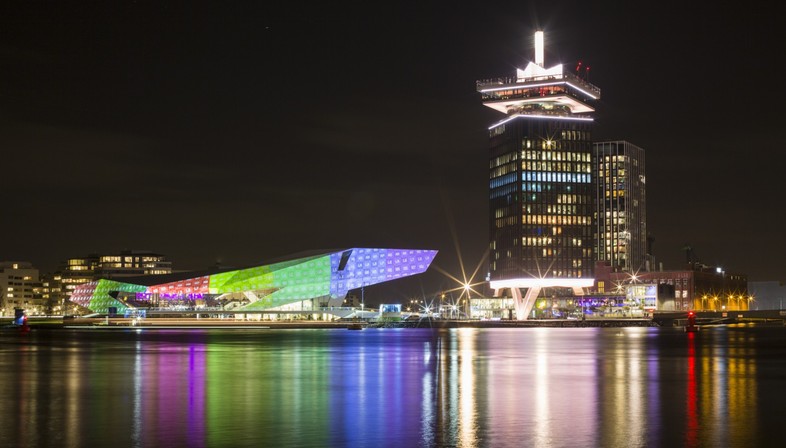 At the same time as the Dutch event, on January 18 through 21, 2018 the British capital hosted the second edition of Lumiere London, the most important light festival in the UK. For four days London nights were coloured and populated by airy, fantastic creatures of light. Astounded residents and visitors capture them in hundreds of images and videos, flooding social media all over the world with the hashtag #LumiereLDN. Six parts of the city were involved in the city’s second festival of lights, from north to south and right across the Thames: King’s Cross, Fitzrovia, London’s West End (including Carnaby, Chinatown London, Leicester Square, Mayfair, Oxford Circus, Piccadilly, Piccadilly Circus, Regent Street, St James’s, St James’s Square, St James’s Market and Seven Dials), Westminster & Victoria, and Southbank & Waterloo. 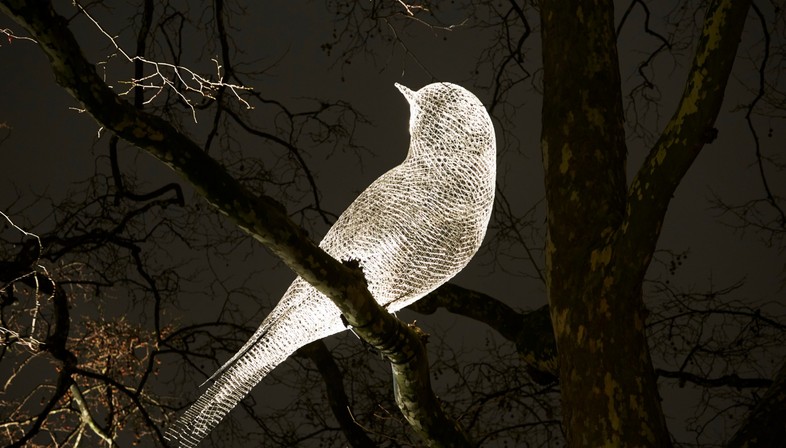 Artists from all over Europe and from Canada created installations, choreographies and laboratories directly and actively involving spectators in the light installations and artistic performances. Cirque Bijou’s Umbrella Project choreography, for example, had spectators in Piccadilly and Fitzrovia dance with LED umbrellas. Impulse, an installation designed by Lateral Office & CS Design, asked passers-by in South Molton Street to sit on swings to create a constantly changing wave of light and sound. More than 50 artworks reinterpreted iconic London buildings and streets, offering spectators an enthralling nocturnal light art show. 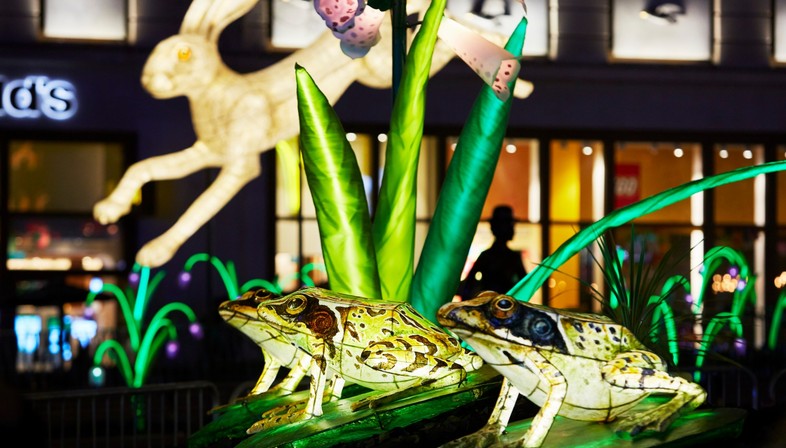 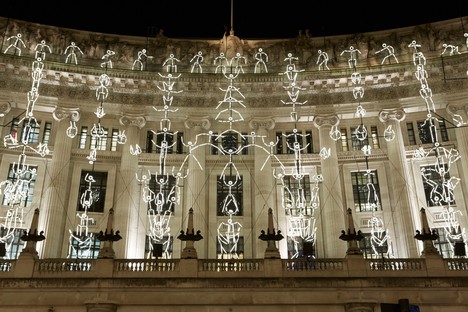 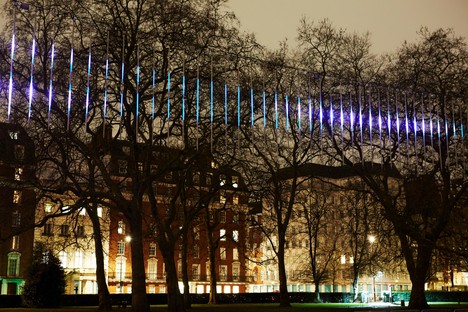 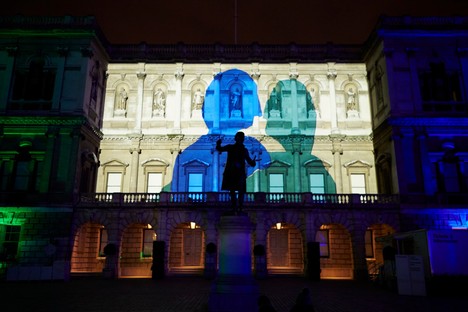 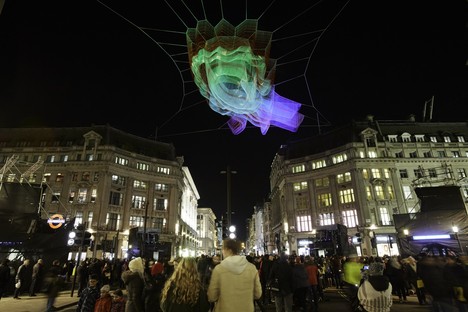 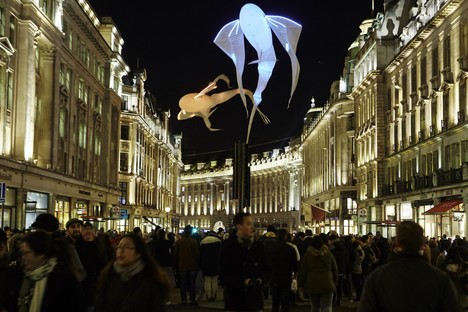 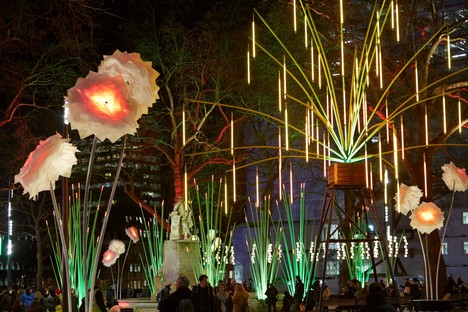 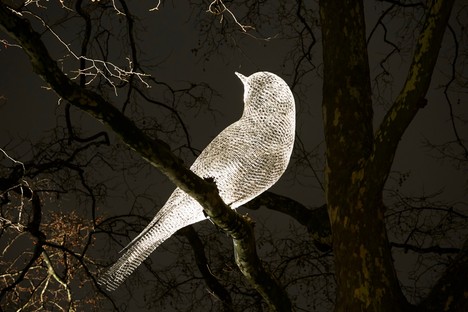 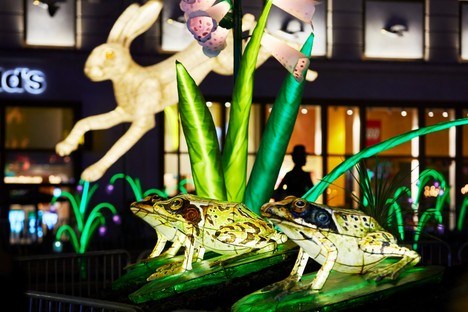 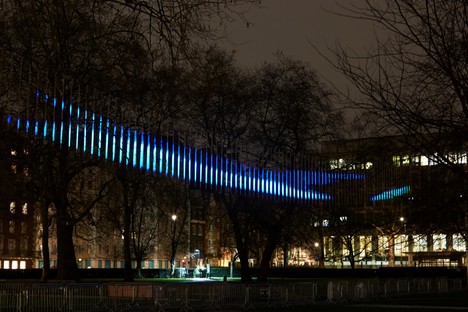 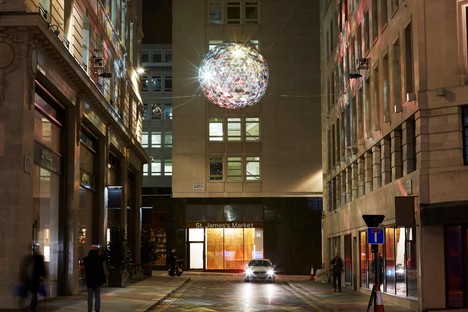 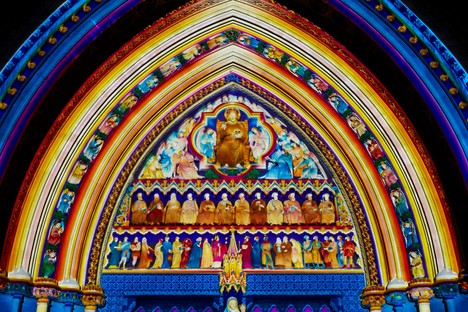 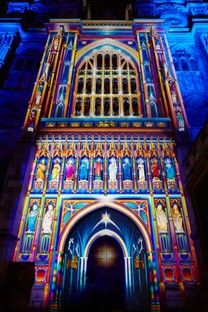 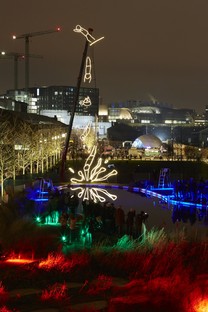 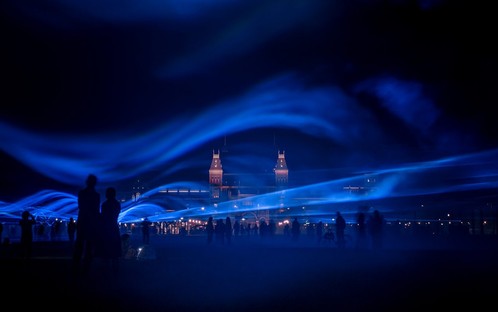 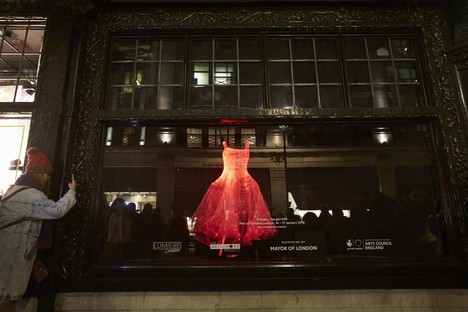 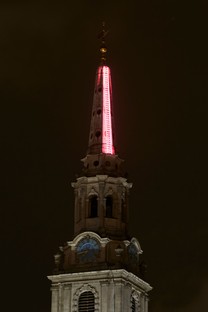 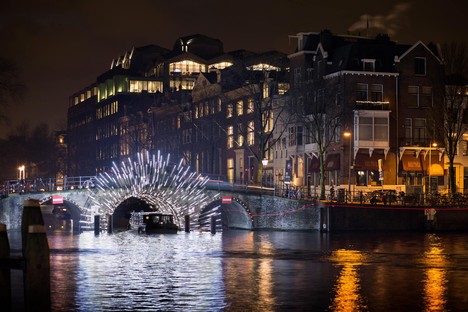 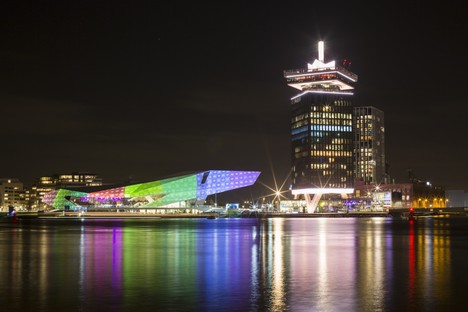 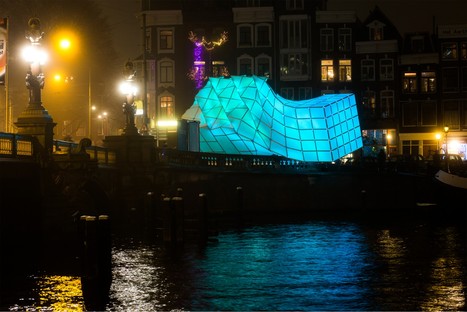 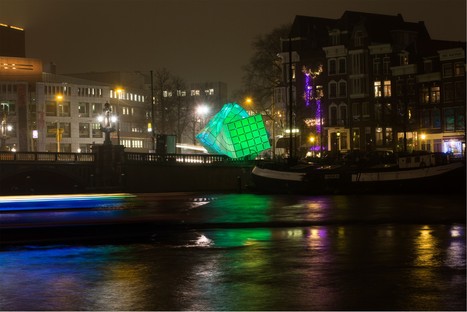 5 exhibitions + 1 not to miss in Italy