Renovation of an early twentieth-century townhouse produces a building with an inner patio and a zinc-clad façade. 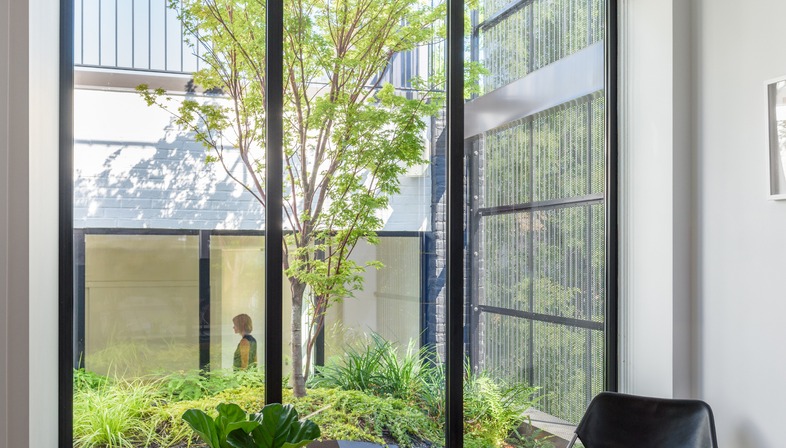 Two lots in New York were combined to allow the architects of Young Projects to restore a townhouse, creating an undulating zinc façade.
At the intersection of 7th Street and Wythe Avenue in Brooklyn, New York, two adjacent lots were joined to form a single home. Young Projects, the studio commissioned to complete the project, decided to restore the existing early twentieth-century construction, preserving a number of existing features while giving a facelift to the building as a whole. The architects accomplished this by adding a screen of perforated and corrugated black zinc over a typically American brick wall.
The construction as a whole has a considerable surface area, as the house on the first original lot measured 2000 sqft (185 sqm), with the addition of the 2500 sqft (232sqm) of the second house, allowing the architects to leave behind the usual typological scheme associated with New York homes and make room for nature in the house. Young Projects accomplished this by adding a patio to the second floor, set back from the living room to create a double-height space so that the home appears to be built on the slope of a little hill. This is not visible from the outside, but creates a surprising effect immediately upon entering the home, with the staircase in the living room revealing the original layout based on a typically American floor plan.
The walkable roof also serves as a solarium, with a few plants creating a convivial atmosphere. This was made possible by discrete use of steel in the pillars and floor slabs, completely hidden behind false ceilings and infill walls, providing the rigidity the building required to allow for the growth of the largest plants. 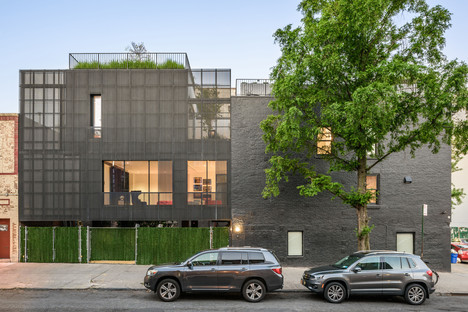 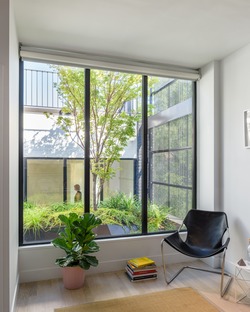 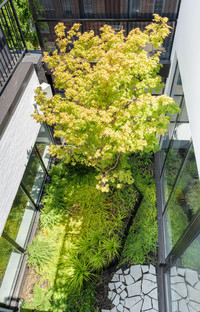 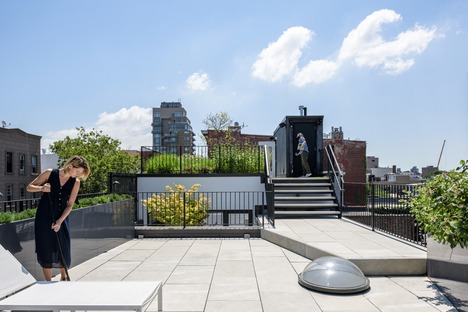 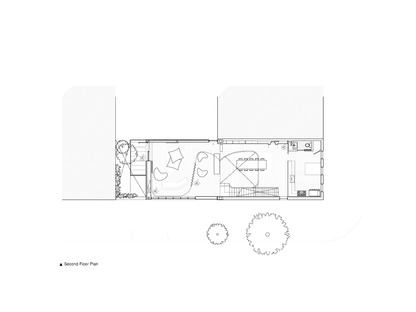 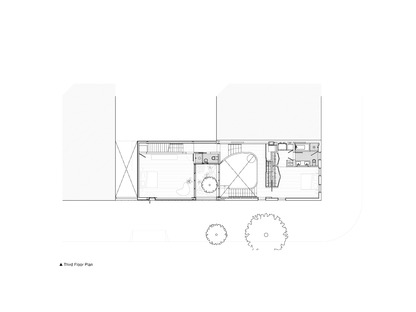 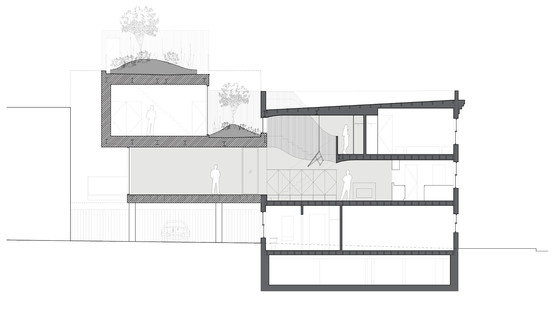 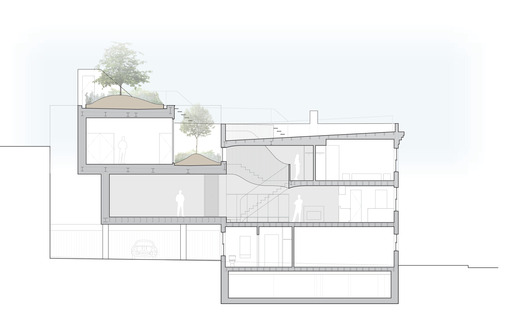 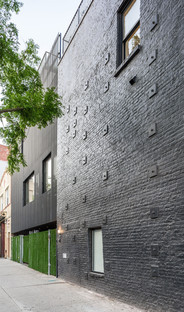 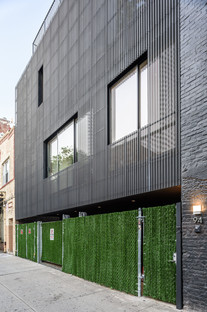 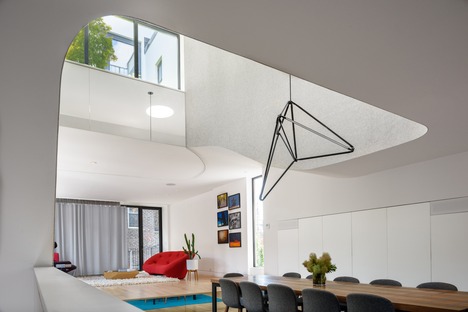 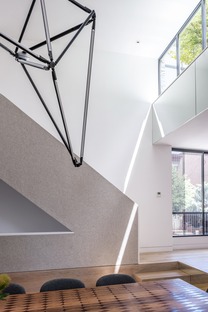 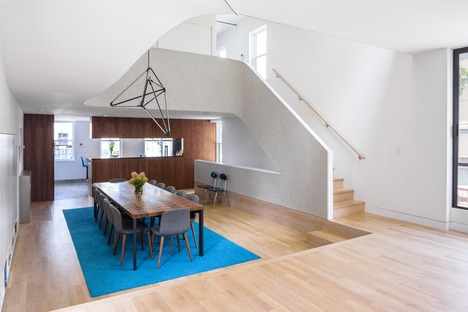 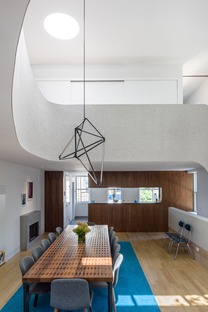 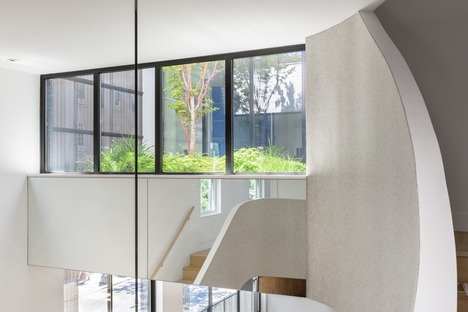 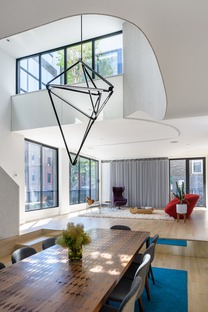