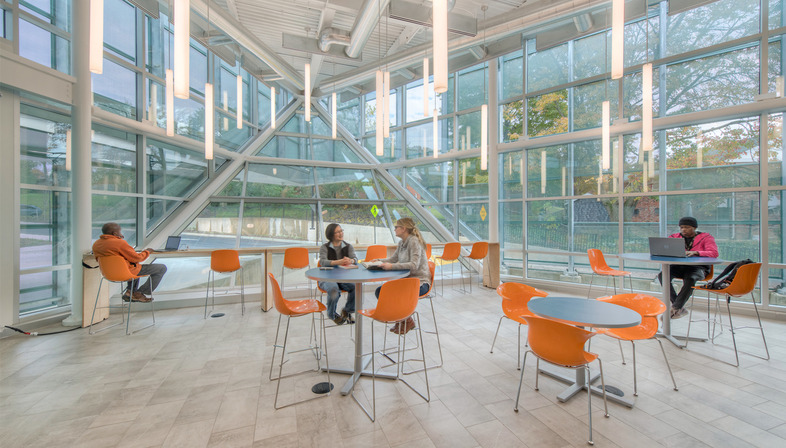 GWWO architects renovated the New Carrollton Library and added a façade of translucent material lit up with neon lights that underline its style.
The old library, built in 1971 in Brutalist style, was no longer sufficient for the needs of the community, and so GWWO architects transformed it completely to make it into a beacon for the community.
The architects maintained the building’s weight-bearing structures, preserving the volume and its roof, while reducing the architecturally necessary parts to a minimum.
The building’s original layout was based on an equilateral triangle with 24 pillars around its outer perimeter, positioned about 8 metres apart, which could have given the building an airy feel if only the space between them had not been filled in with concrete. The architects of GWWO freed this structure by eliminating the concrete infill and redesigning the façades, now made of glass with frames that give new meaning to their layout. When seen from inside, the new window frames open up onto their surroundings, while from the outside, they form a translucent façade. The new façade is hooked onto a second steel structure formally culminating in the entrance to the building, which was not easy to find in the original building but is clearly identified following the renovation. The entrance acts as a new beacon for this public building, while maintaining a sober yet attractive formal idiom. All this was made possible by lighting up the façade with fluorescent lights around the edges of the rectangular panels, which are in turn positioned on the part above, like a contemporary interpretation of the classic architectural frieze. This formal expedient allows the architects of GWWO to create a chromatic complicity between the green translucent finishes on the façade and the neon lights, which, though white, naturally tend to be greenish in hue.
The library interiors vary greatly from one part of the building to another, so that the building’s 2600 square metres of floor space on each level incorporate a highly diverse sequence of spaces for all ages, including an aquarium in the children’s area. 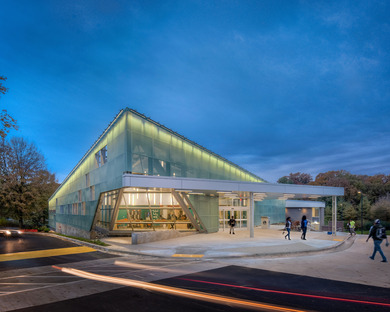 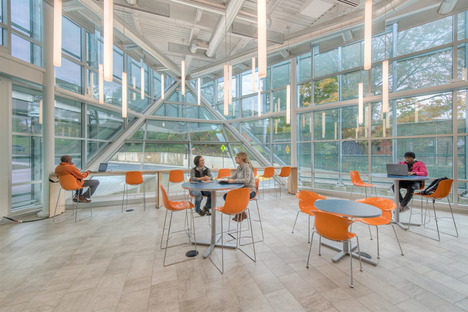 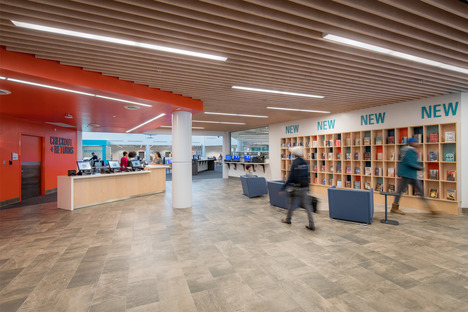 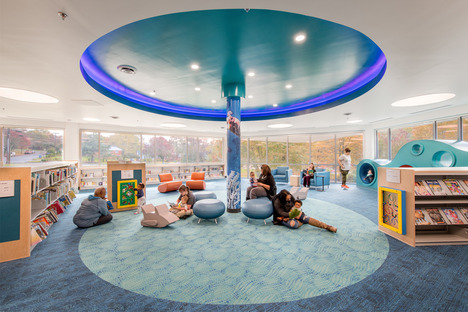 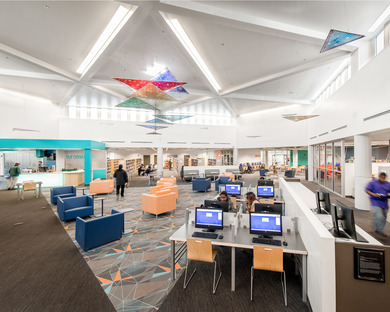 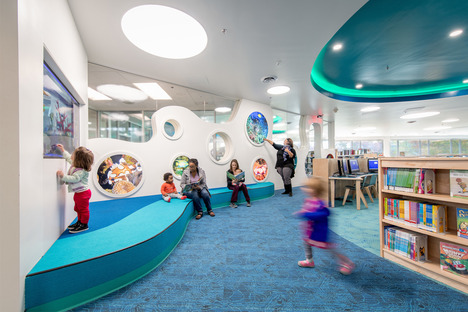 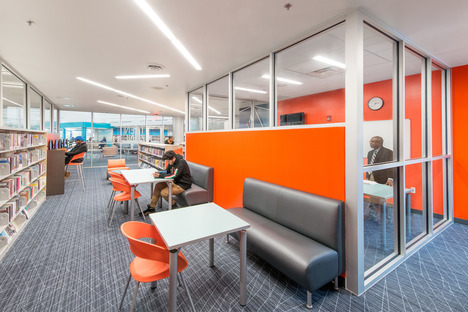