A structure made of concrete and laminated timber for a bus shelter in Umeå, Sweden.

A concrete and timber bus shelter that hides interesting technological surprises under a simple yet innovative look. 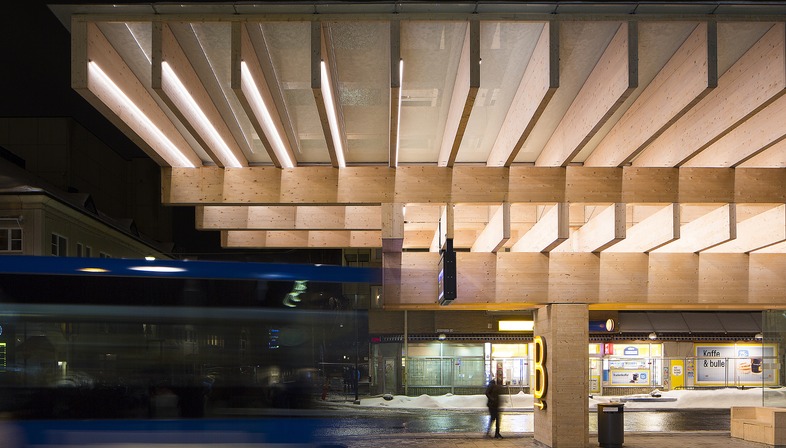 Designed by Wingårdh Arkitektkontor, this bus shelter made of laminated timber and concrete was created in Umeå (Sweden) and combines classic and modern characteristics in a typically Swedish style.
To create this 160-meter-long, 10-meter-wide shelter, Wingårdh Arkitektkontor architects created a trilithic structure with reinforced concrete pillars covered by wood and with overlapping beams joined together so as to make the entire structure look as if its elements were not interlocked, but just resting. Surprisingly, the structure appears to be light, despite the notable size of all its elements, each of them with completely different shapes and dimensions.
Another surprise is given by the timber, that has not been processed, and whose finishing will be redesigned by time and the atmospheric agents. The approach to the materials is in line with a certain type of Nordic tradition, even though many think that modern architecture does not want to take it into account. On the contrary, in this case traditional language is reinterpreted in a more contemporary style, offering, even if we are talking about a simple bus shelter, a valid and positive reason to reflect on contemporary architecture, a type of contemporary architecture that is free from the steel and stone we are more used to see.
Finally, the covering of the shelter is not made of timber or stone shingles, but of glass sheets, which allow the sunlight in during the cold winter months. This design solution was thought to create a small greenhouse effect that, combined with the heating system installed under the 160-meter floor, offers warmth to the users, while further protecting them from the winds and the low temperatures, this way transforming a bus shelter into an urban meeting point. 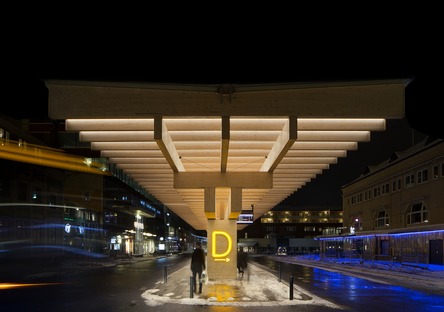 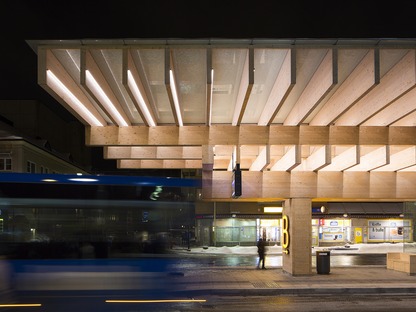 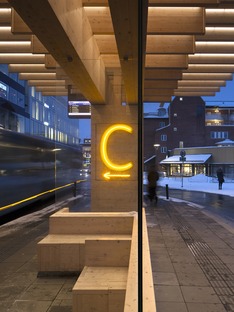 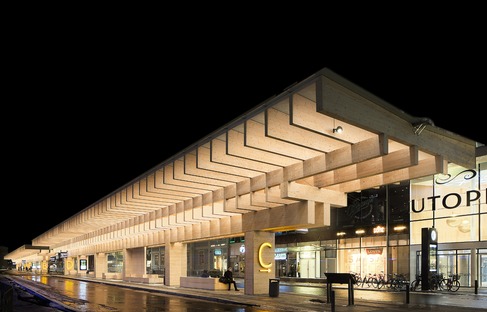 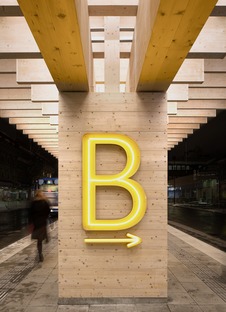 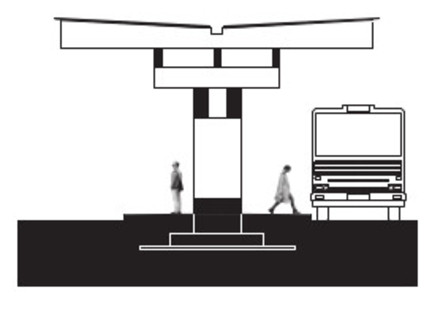