Steel and PTFE hyperbolic paraboloid for the Volkswagen mini-circuit

Graft Architekten make a steel and PTFE roof for a small road circuit at the Volkswagen plants with what has always been a structural classic, a hyperbolic paraboloid design 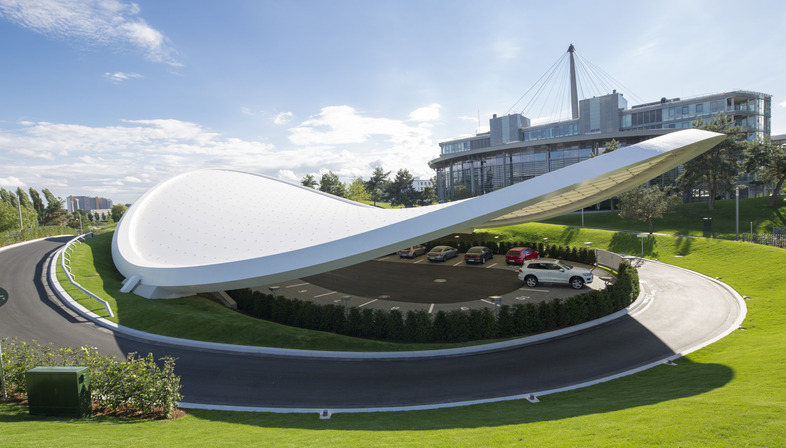 In Wolfsburg, at the Volkswagen factory, there is a mini-circuit for testing the cars, the roof of which is a small masterpiece of modern engineering made of steel and PTFE. Hyperbolic paraboloid structures such as these had not been seen for many years, but Germany has kept up its tradition in this field, continuing to evolve this typology.

In this case the firm Graft Architekten designed a 150 metric ton metal ring featuring a variable pentagonal cross-section, the elliptical planimetric shape of which has diameters measuring 55 and 35 metres. Anchored to the ground in only two places, opposite to one another on the smaller diameter, it develops its highest points, quite to the contrary, along the greater diameter, rising up as far as 15 metres above the asphalted ground. This has given rise to a saddle-shaped hyperbolic paraboloid, the dynamics of which are architectural, and that recalls the curves of a road circuit.

This design work was supported by both Eiffel Deutschland Stahltechnologie GmbH, who took care of the structural calculations and Taiyo Europe, who produced the PTFE canopy. The material consists of polytetrafluoroethylene-coated glass, a fabric spread with tetrafluoroethylene polymer, which has excellent dielectric strength and resistance to wear, placing it among the ideal materials for withstanding long exposure to the weather. What is more, its low specific weight makes it all the more indicated for lightweight coverings, as in this particular case. It should be noted that it has the attribute of not reacting to most of the solvents by which it is attacked, whether acid or basic. This is in addition to the fact that it has an excellent elastic performance in time, thanks to its good viscosity. Lastly, being semi-transparent means that the unpleasant cavern effect when underneath the canopy is avoided, thus giving the testers a suitable level of semi-shade for driving the cars in.

The presence on the steel ring of a significant grid of metal stays that contribute towards the rigidity of the structure should be pointed out. They help to lighten the ring-shaped seam, providing significant global slimness.

These stays have diameters varying from 20 to 24 mm, for a mesh of about 1.50x1.50 metres, thus reaching the great total number of 680 nodes. These are not only simply links with one another in order to make the grid more solid structurally and giving it a better performance; a small support has also been fitted inside each of them on which to lay the roof cover, thus transferring part of its weight onto them.

Due to its shape, the structure has been become known as the “Blatt in der Landschaft”, , leaf in the landscape, in spite of the fact that it is a small jewel of structural engineering. 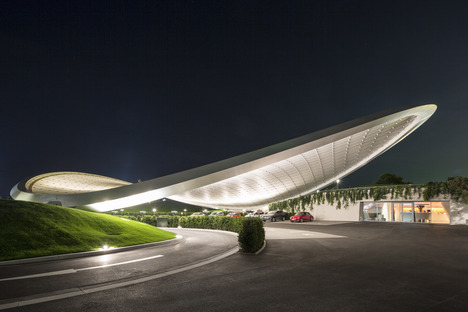 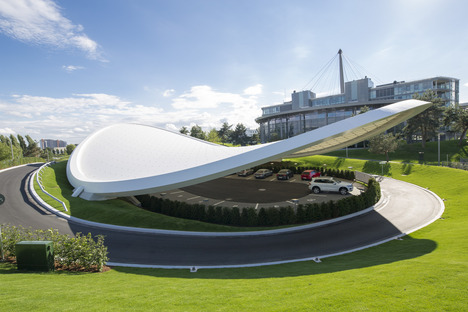 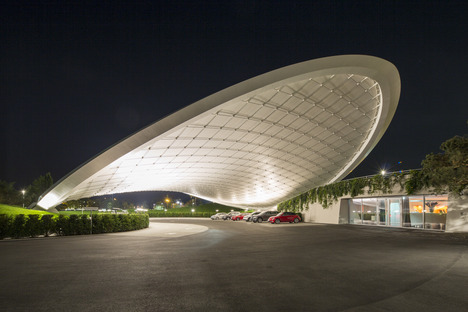 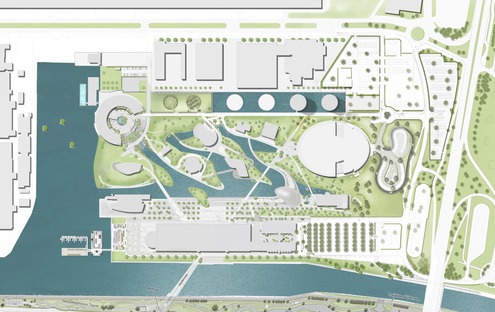 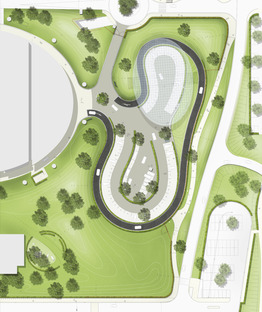 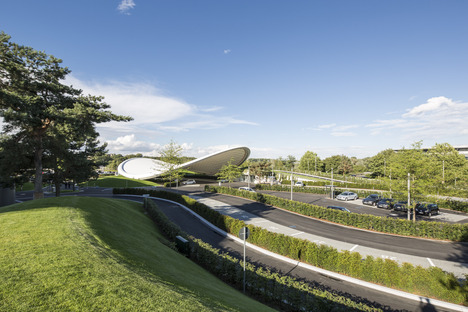 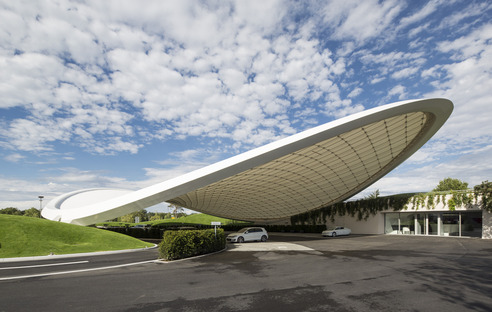 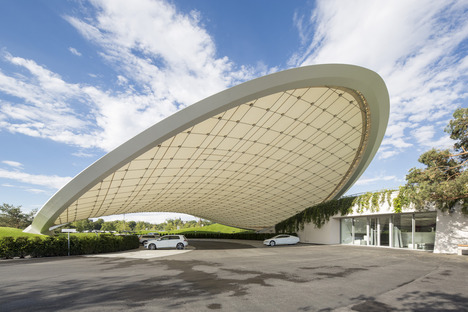 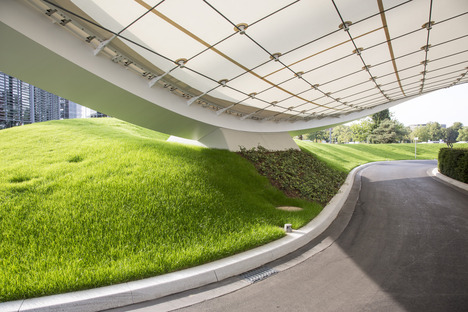 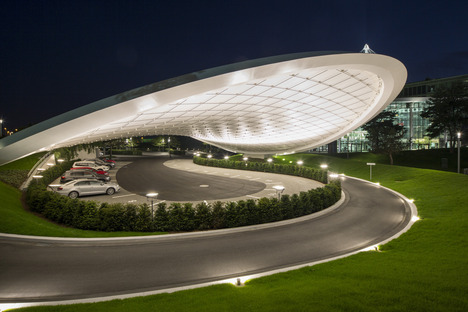 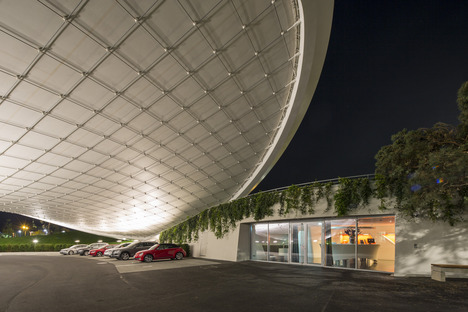