Snøhetta’s expansion for Lillehammer Art Museum and Cinema is a building inspired by falling stars, clad entirely in stainless steel 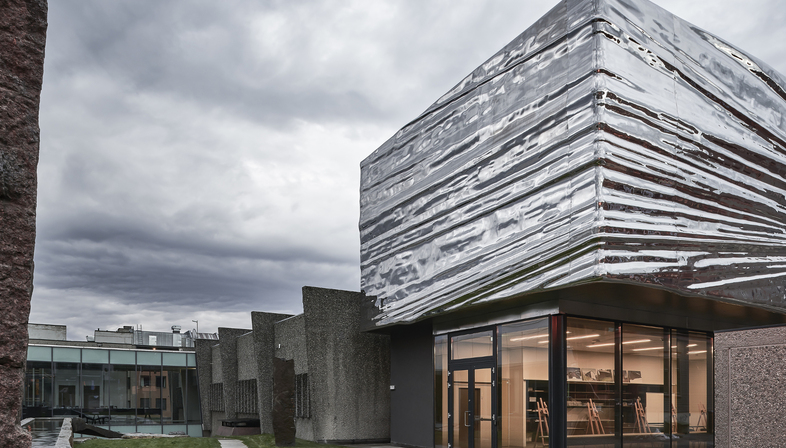 Snøhetta’s expansion for Lillehammer Art Museum and the adjacent Cinema in Norway features a number of spaces, including the unusual Wiedemannsalen, clad entirely in steel and dedicated to artist Jacob Weidemann.
Conceived as a museum with its own cinema by its creator Erling Viksjø in 1964, Lillehammer Art Museum had already been expanded by Snøhetta in 1994. One more step was required, to contain the collection of works by Norwegian artist Jacob Weidemann: a small expansion in line with the evolution of museums today.
The original idea was to create a children’s art workshop and make the spaces more attractive for people of different ages, from the youngest up, while at the same time making it more expressive than it was. And so, alongside the museum building containing the historic collection, the new expansion consists of a glass and steel box on which to rest the Weidemannsalen.
The cubic volume is clad entirely in stainless steel, with a sculpted surface that appears to have landed in Lillehammer from somewhere in outer space. To create this effect, the main part of the building is composed of individually shaped 2.4 mm thick sheets of AISI 316 stainless steel with a mirror gloss surface. To prevent visual conflict with the curves of the façade, which protrude no more than 25 cm beyond the level of the panels, grouting has been minimised, so it can only be seen on close inspection. In this particular case, it is interesting to note that the façades have been entirely prefabricated in China.
The project affects all the other spaces in the museum complex, as the cinema has gained two auditoriums, located underneath the main hall, while the garden that connects all the buildings is by artist Bård Breivik, who had already worked with Snøhetta in the past. 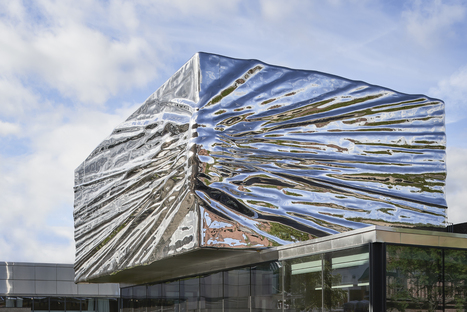 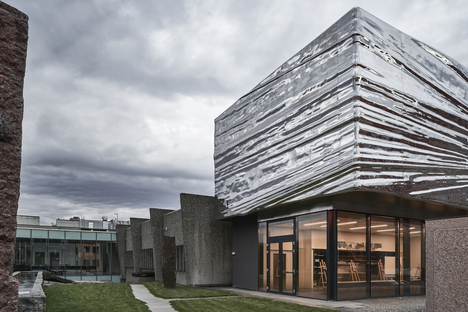 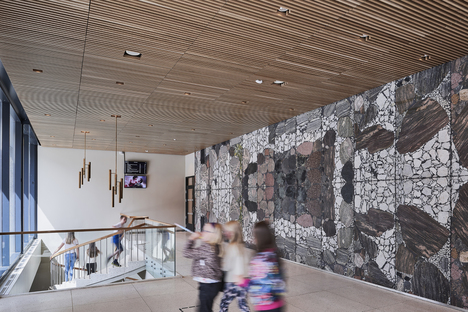 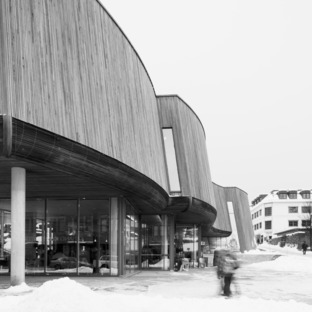 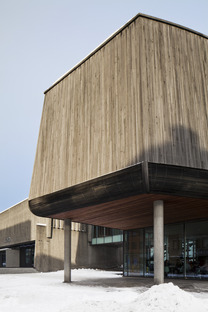 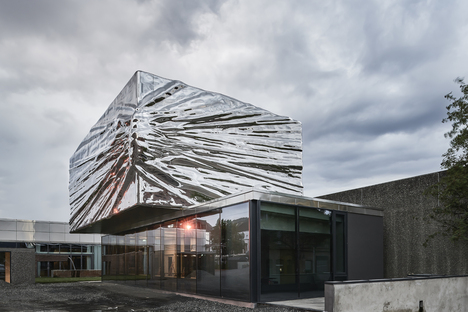 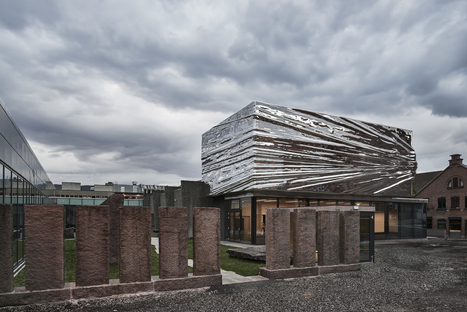 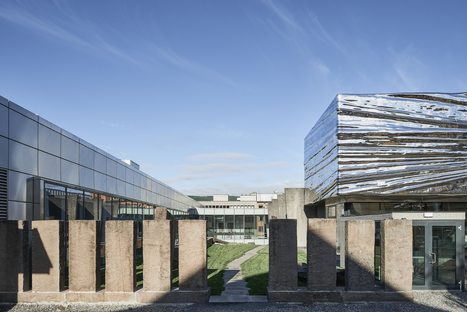 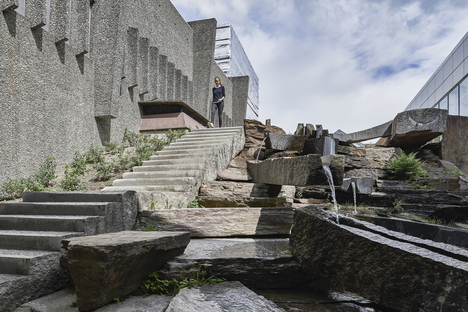 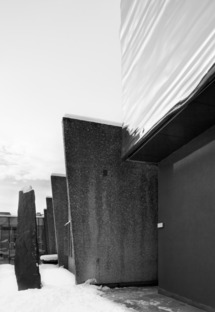 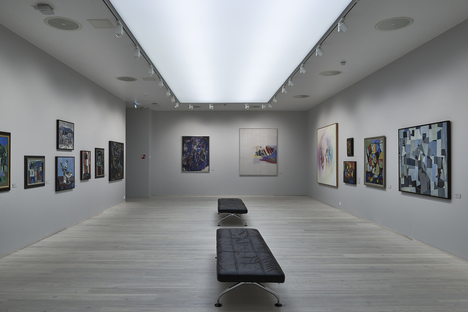 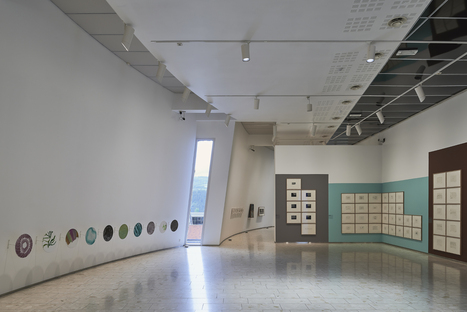 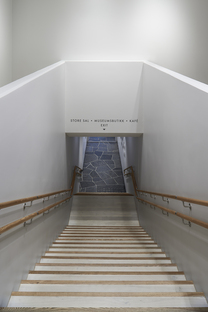 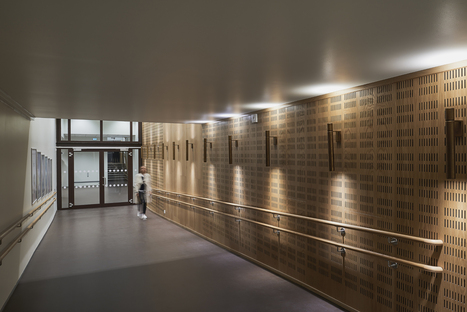