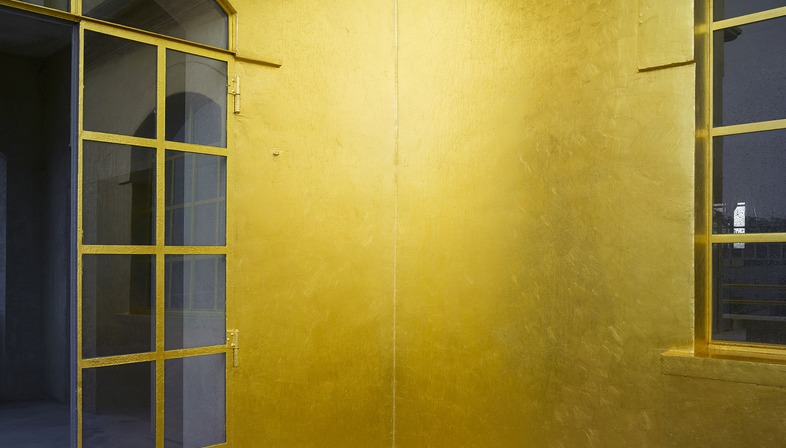 An early twentieth-century distillery in Largo Isarco in Milan was completely renovated by Rem Koolhaas’s studio OMA, becoming Fondazione Prada’s multi-purpose space for contemporary art and more.
The site measures 12,300 sqm, and the building, on a number of levels, totals a considerable 18,900 sqm of floor space. Its location across from the railway junction of Porta Romana may not be the most prestigious in the city, but its connotations, bordering on the anonymous, have already made the neighbourhood much more interesting than it was before. All thanks to a project inspired by the philosophy of total recovery of all constructions, with only minimal demolition, strictly where necessary. The big, airy spaces of the various pavilions now host avant-garde art shows of all kinds, and can contain conspicuous numbers of visitors as well as artworks of all shapes and sizes without difficulty. The complex includes seven buildings, three of which are completely new: the Podium, the Cinema and the Tower. The rest of the complex is incorporated in the wall around the old distillery, following the scheme of the addition typical of industrial constructions of the time, that is, built without true attention to design. This organisation offered the architect an opportunity to fit in with the new buildings, camouflaging the new constructions on the basis of the same compositional scheme, which in this case is underlined to the point that it is only apparently non-existent. And it is with this design expedient that the new configuration takes on a modern, contemporary form.
What stands out on the outside of the building is a rich jumble of volumes in different stylistic idioms anticipating the discovery of a piece of the modern city inside, contrasting sharply with the city outside. 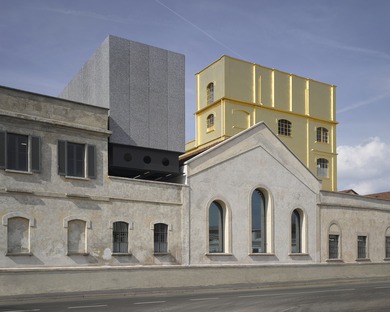 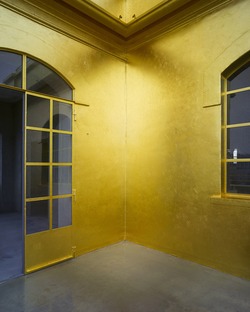 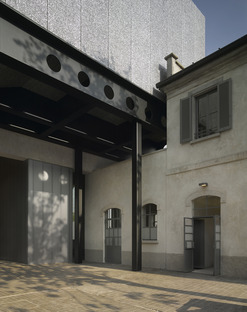 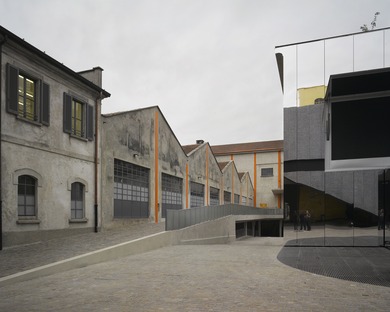 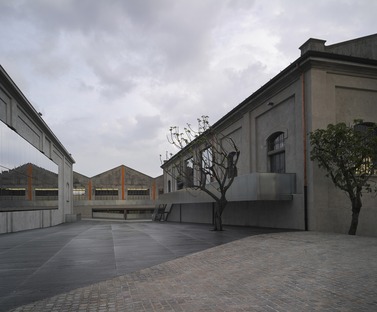 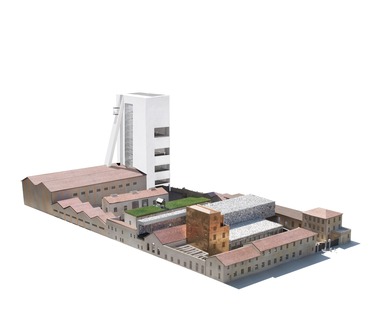 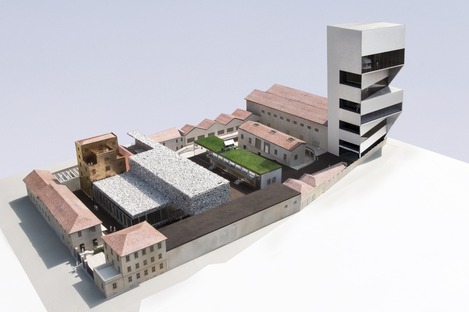 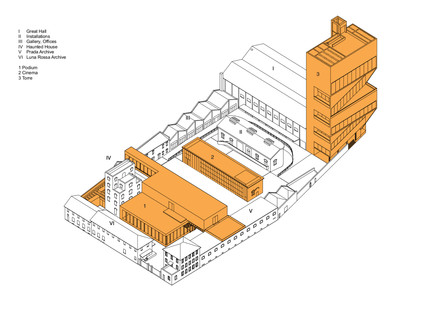