The Master Plan for the Fondazione Prada in a former distillery in Milan incorporates both reclamation and new construction, challenging the anonymity of the city around it, which seemed to be awaiting a major investor wanting to stand out on the cultural scene 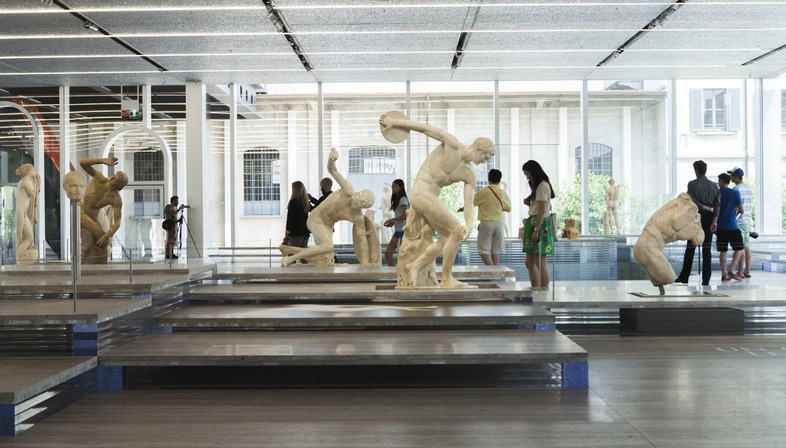 The Fondazione Prada master planby OMA is designed to preserve the buildings as they have come down to us, with the addition of three completely new constructions which improve the area’s overall appearance, adding new functions for relaunching the area in the new millennium. In the designers’ concept the existing buildings, located all around the area with a large volume to the west, dialogue with the three new buildings, referred to as Podium, Cinema and Torre. This is due to the fact that the centre of the block has been completely freed of existing constructions, giving the architects of OMA the freedom to intervene with their new ideas.
The Podium is the first building you encounter when you come through the entrance. It serves to introduce the entire area and formally acts as the podium for the adjacent silos, the golden volume of which provocatively stands out like a jewel. The Cinema, with about 200 seats, is a long, narrow building following the Podium, and only by walking around it do we come to the western body, where the sheds are supported by elegant historic multi-centric arches. These in turn have corners with black outlines cut out in space to reveal the building’s structural layout, as if it were a decoration. On the outer surfaces there is absolutely no excessively new “overelaboration” with plaster and paint, but the stratified patina of time is preserved so as to maintain the historic atmosphere. The only exception is the silo, so far the only “high C” in the renovation project. The project will conclude with the future construction of a tower at the northwest corner, an urban landmark identifying not only Fondazione Prada itself but the district as a whole. 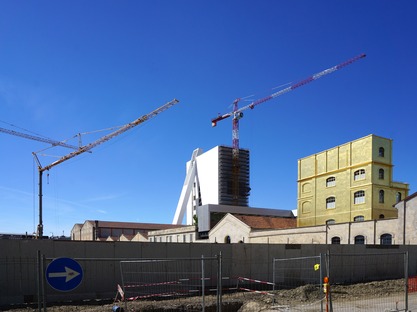 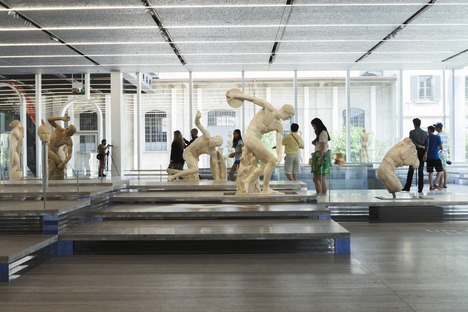 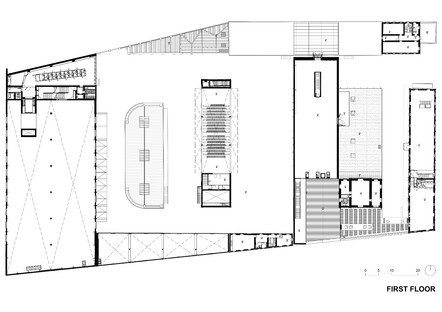 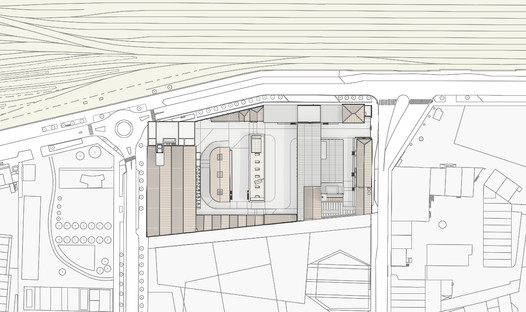 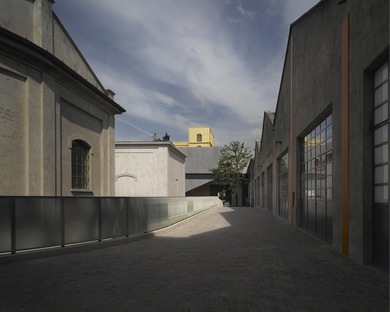 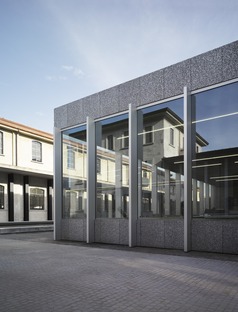 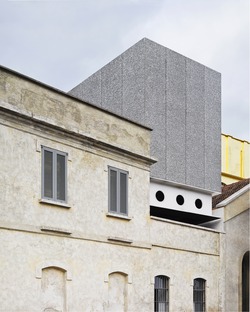 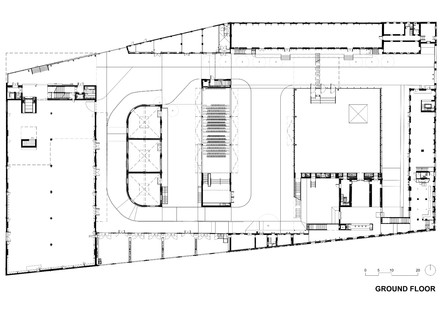