An old brick paper mill has been converted into a business incubator in Pont-Audemer, France 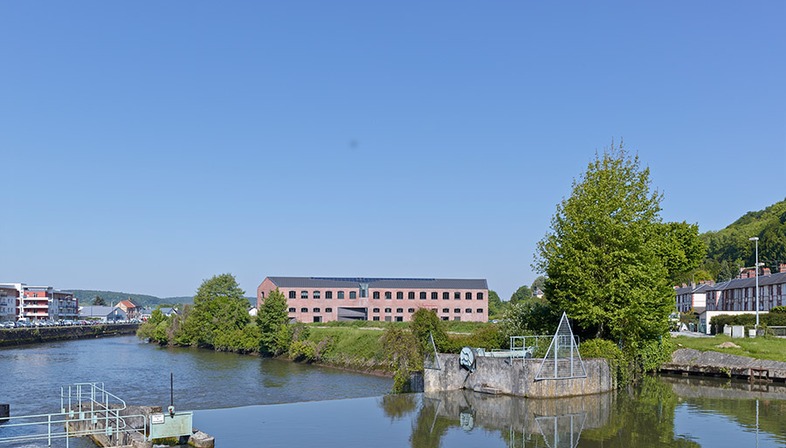 h2o architectes have reclaimed and restored an old brick paper mill with steel pillars in Pont-Audemer, France for conversion into a business incubator.
The long building constructed on the river is scanned by a rhythmic series of windows with lowered arches and features a gabled roof, supported by an internal structure constructed with original slender steel trellis pillars and scanned by well-designed trusses composed of struts and rivetted tie rods of the type in use at the time of construction.
The building is clad in a great mass of brick, which was in good condition, while the interiors, separated by an internal floor slab, were completely redesigned.
The client’s intention was in fact to reclaim the construction for transformation into an incubator for start-ups in need of space. The architects demolished the interiors all the way down to the foundations so as to rebuild the underground level and cast the foundations of the new structures. The new internal walls rest on continuous base beams rather than on the floor slab, while the pillars and trusses are painted white to give the interior an even, brightly lit appearance.
h2o architectes reinterpreted the existing windows in the walls, both large and small, in an original architectural style with careful choice of materials: the new brick used for additions not on the same plane as the façade are black, while the other parts of the walls are constructed out of reclaimed brick from the demolished sections in order to maintain continuity with the existing structures. In this way, the patina of time on the bricks makes the new additions look as if they were built at the same time as the original parts of the construction. All this is clearly visible if we look at the concrete girders cast to construct the overhangs at the corner of the wall by the river, where the rows of brick are slightly different in colour from those with which they have been paired, even though it is clear that they both come out of the same kiln: an important detail visible only to the expert eye. 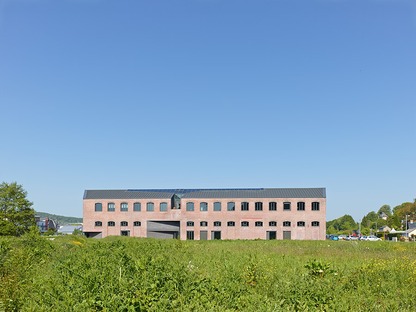 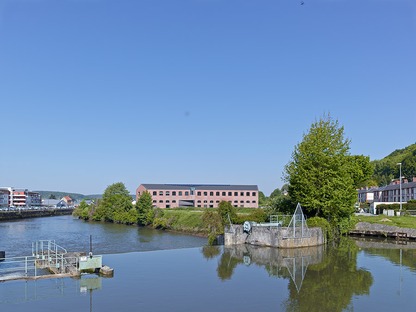 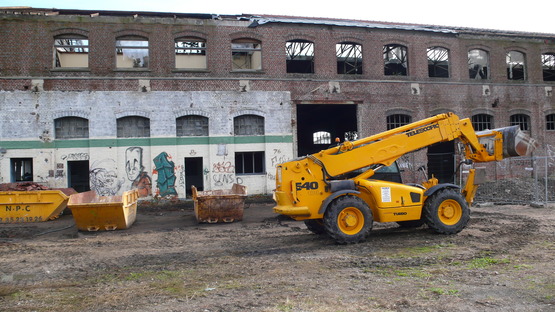 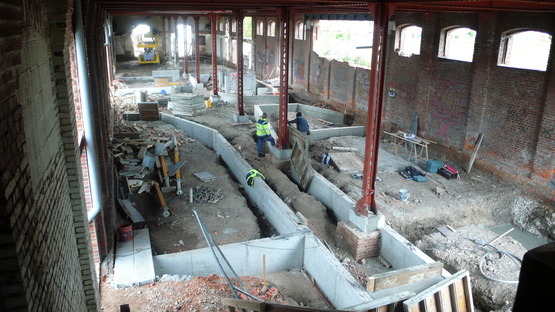 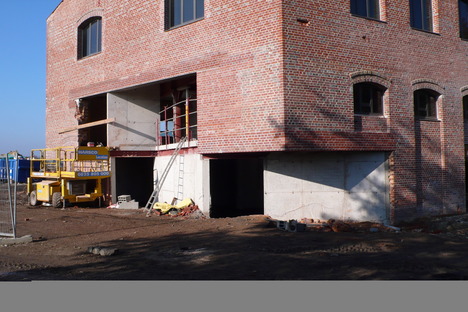 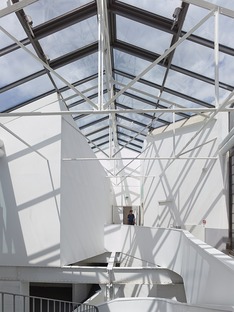 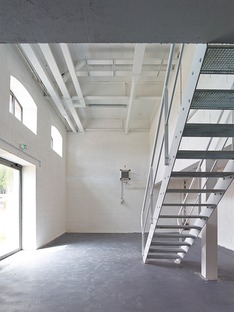 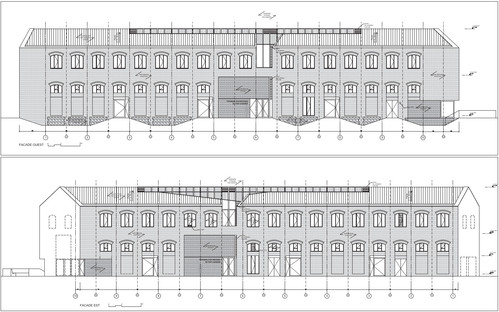 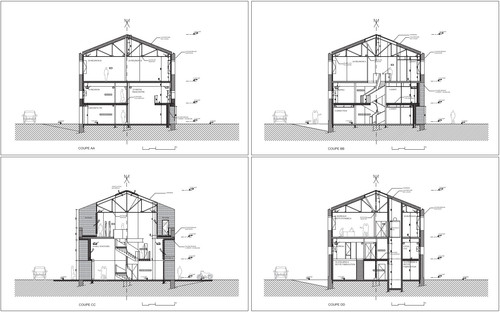 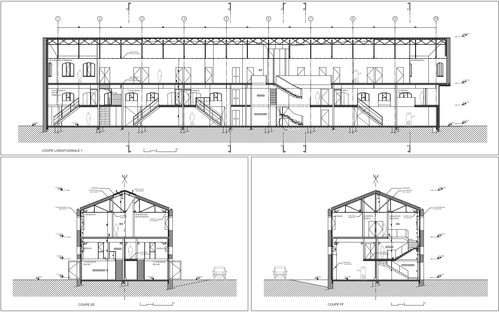 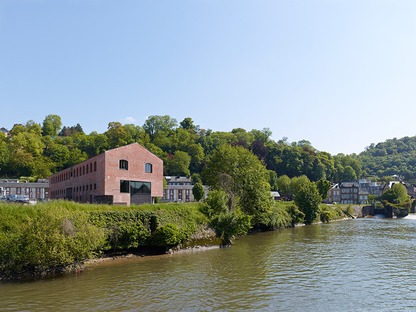 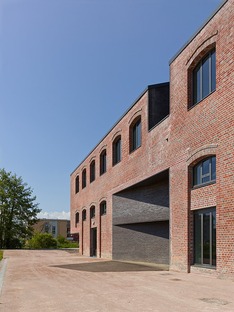 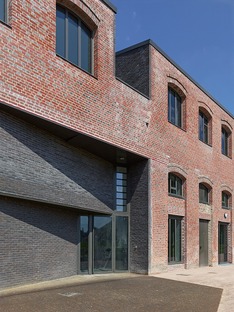 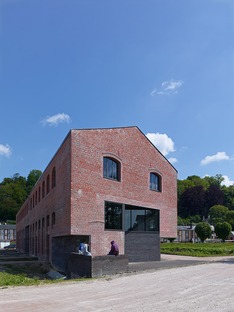 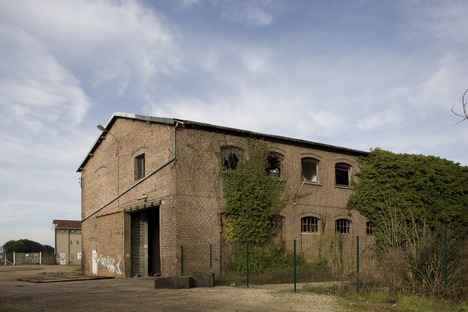 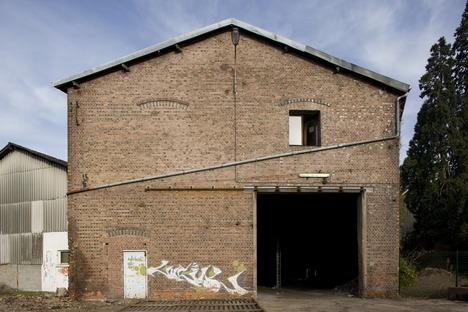 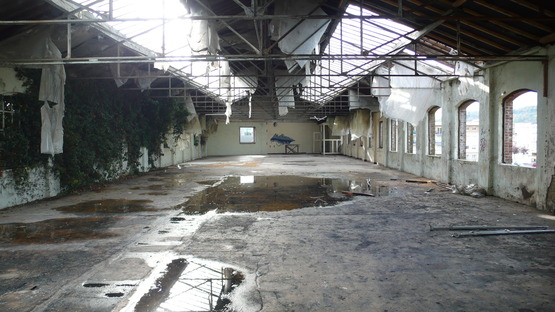